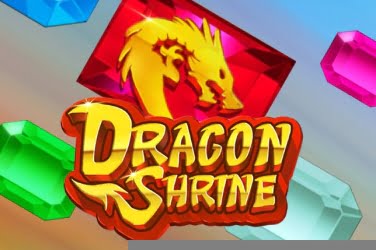 Released in October 2016 Quickspin have given this slots game a unique design. Across the 5 reels there is a mixture of both 4 and 3 rows which hold the various symbols. This helps players to create any of the 40 winning combinations that the game provides. The reels are framed in gold with rays of light spilling over the soft blue background upon which they are found.

The game has a smooth format of play and some fun animations that can be enjoyed when a winning pay line is located. Players can also relax to the soothing Oriental music that can be heard in the background as they take in all that is on offer in this slots release.

Since the game became available it has been accessed by players on Desktop, Tablet and various Mobile devices. And nothing is taken from the quality of the game even when viewing on a smaller screen. So despite where the player may be they can take advantage of all the various features that are included throughout the Dragon Shrine slots game.

The 10 through to Ace symbols have a Bubble-type look, all decorated in different colors with a gold trim. Along with these players can find various Gems whose shades include Pink, Green and Blue. All are able to create winning combinations and any pay out amounts are then added to the final jackpot balance.

Wild – a Blue “Wild” is seen upon a Gold tablet and is found across any of the Dragon Shrine slots games 5 reels. Despite the Scatter it can change any other symbol on the screen so that more winning pay lines are created for the players to benefit from.

Scatter – shown in a circular frame of Green players can view an ornate Chinese Temple as the Scatter symbol. When these appear in a row along the 2nd, 3rd and 4th reels the player is rewarded with a Bonus Feature.

Dragon Stack Re-Spins – a Golden Dragon set upon a deep red background is the image used for this symbol. It can only be located on the 1st reel but if luck is on the player’s side they may become stacked. Should this happen any Golden Dragon and Blue “Wilds” will freeze in place while an additional 3x Free Spins can be taken advantage of.

Free Spins – 10x Free Spins are given when 3 or more Chinese Temple Scatter symbols are located during the base game and players now have the chance to generate wins in both directions across the screen. At this point in the game the Dragon Stack symbol can be found on the 5th reel as well as the 1st and either of these will become stacked so that there are more chances to create a winning combination.

The first thing players must do when they find this online slots game is to decide how much to wager on the 40 winning combinations that are on offer. However Quickspin have ensured that it can be made available to players of any budget by keeping the coin denominations low. This means that the original stake with each spin can range from 0.20 to 100.00 so it is proving appealing to many players from around the globe.

Players can now let the 5 reels spin and enjoy the fun animations if they create a win. Watching as the pay-out amount is added to their jackpot balance. And although some players may find the games pace rather slow it is still considered to have a Medium variance which gives a RTP of 96.55%.

If the player needs to be away from the screen for a while or simply prefer to be less interactive with the software they can activate the Auto Play Feature. This means that the reels can be set to spin automatically for a certain amount of times. Or alternatively a maximum wager can be placed and once this figure is reached the game will end. It is a useful feature that many players are utilizing when they are busy doing other things.

Quickspin have provided players with numerous opportunities to add to their initial wagered amount. They can find a Wild and Scatter symbol across the games reels, which in turn can allow 10x Free Spins. These features as well as the Dragon Stack Re-Spin Bonus Round there is plenty to keep players entertained as they enjoy the Dragon Shrine slots game. 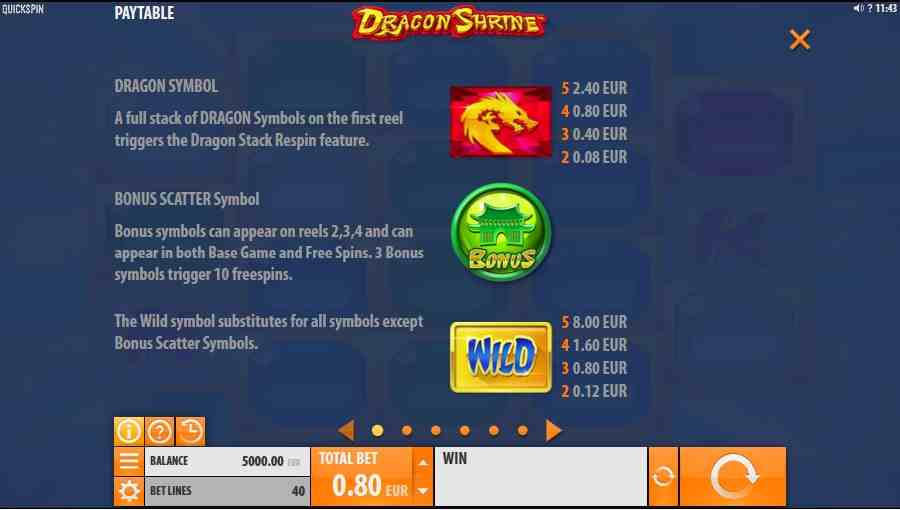 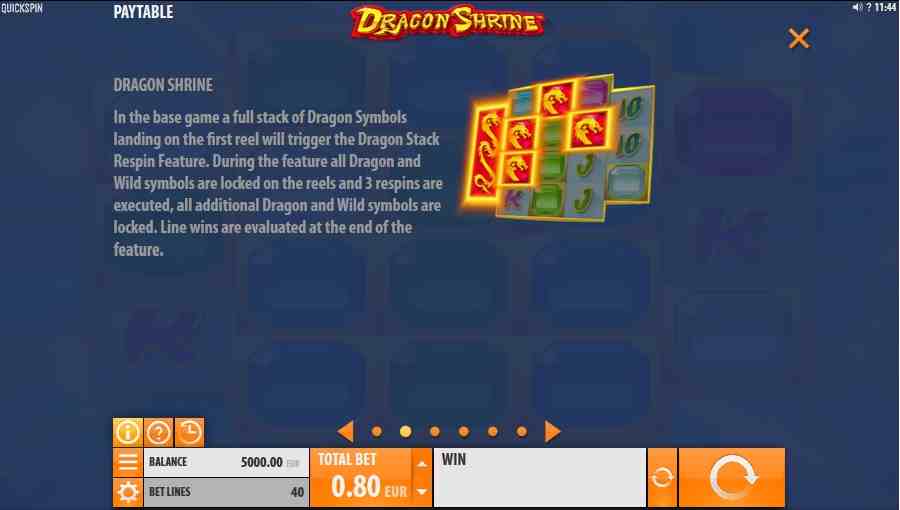 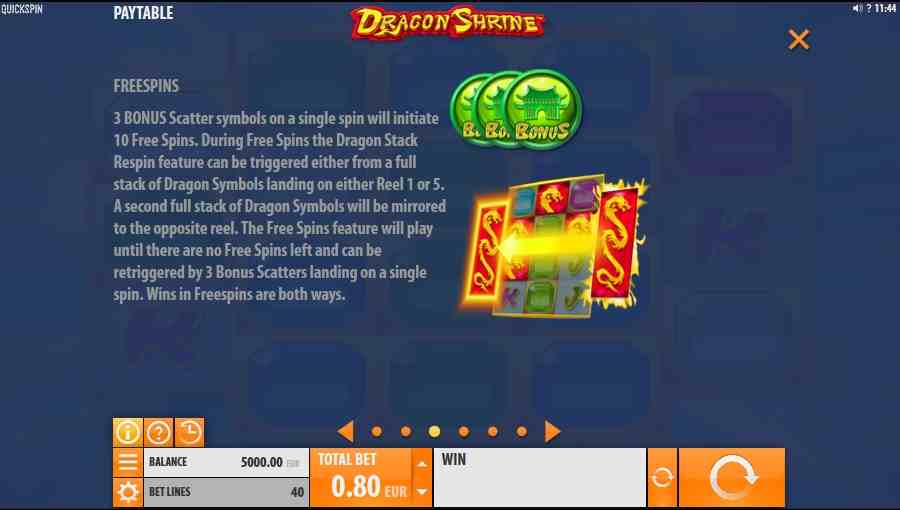 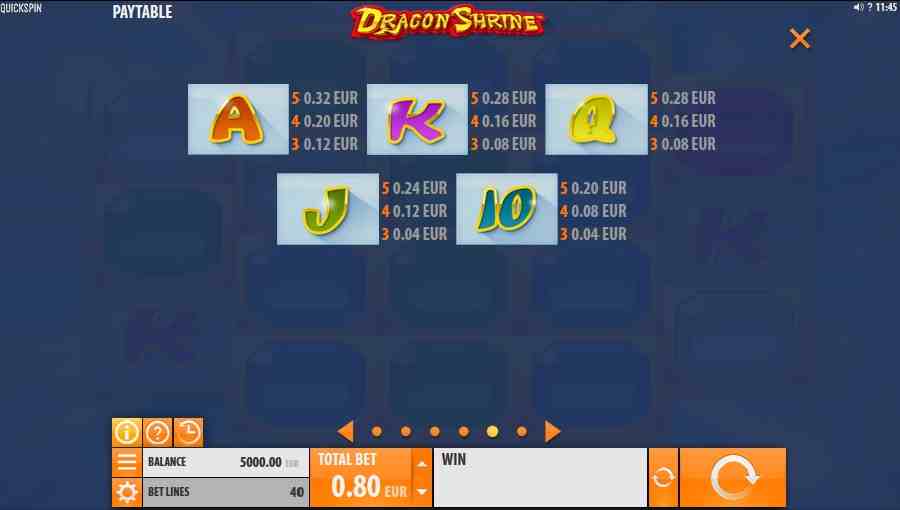 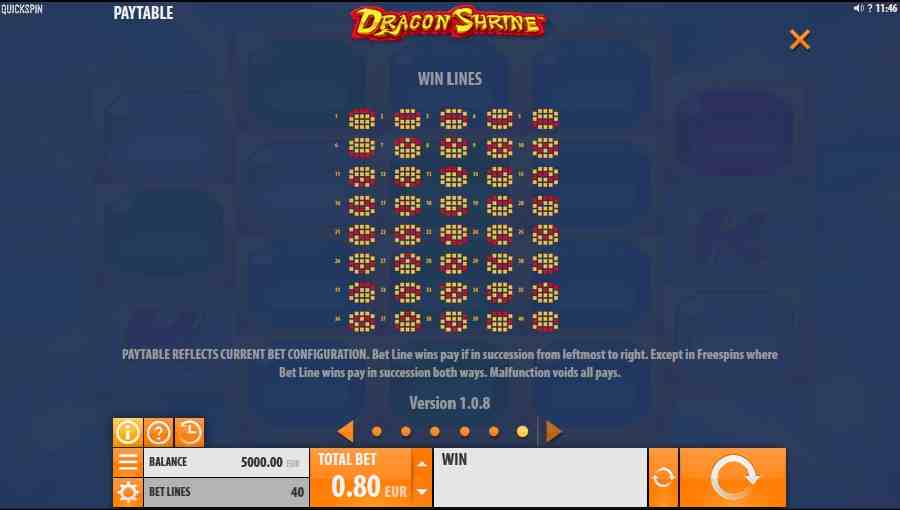