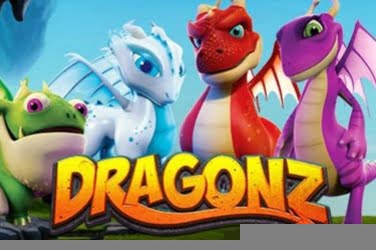 Microgaming have created a cute Dragon themed game with this latest release. Players can look through the mouth of a cave to the fantasy world beyond. Grassy hills and stone walls can be seen outside with a clear cloudless blue sky above. The reels are found framed with a black background enhancing the quality of the graphics that have been used.

Vibrant vivid colors fill the screen as players watch the 5 reels spin. And with 243 ways to win this is an online slots game that is proving appealing to players of all levels. The designers have included cartoony Dragon characters called Flint, Switch, Frost and Gobble. Players will see their 3D images become animated when they help to create a winning combination. These and the quirky music that plays both adding to the fun atmosphere that has been created.

Players can find this slots game whether accessing it via a Desktop, Tablet or any Mobile devices. This means that no matter where the player may be they can enjoy all that there is on offer in the Dragonz slot game.

The 9 through to Ace symbols are bold and chunky in their design and are the lowest paying icons in the game. But it is the 4 Dragons who players need to find upon the reels to receive a higher winning amount to be added to their balance. They are all colored differently and add to the cartoony feel of the game. Not only are these found in the main game, but are also included in the Free Spins Bonus Round to add more chances for players to win.

Wild – this symbol is shown as a large orange “Wild” and provides players with more opportunities to create a winning combination.

Scatter – a bright Orb is used as the Scatter symbol in the game and when 3 or more of these are revealed the Free Spins are activated.

Free Spins – at this point in the game players will receive 10x Free Spins along with an additional Bonus Feature which is chosen at random depending on the Dragon that is selected.

Switch (Purple Dragon) – Stashed Wilds means that any Wilds on the screen that are non-used will be “stashed” until 3 have been collected. Now they will be added to the reels to ensure that the player receives a guaranteed win.

Frost (Blue Dragon) – Frosty Wilds will ensure that all Wilds that are shown on the reels remain frozen in place until they are included in a winning combination.

Gobble (Green Dragon) – players will now see the Dragon fire at random symbols to turn them into Frosty Wilds.

If the player manages to retrigger the Free Spins Bonus Round for a total of 12x they are reward with the option to choose their own Bonus Feature. This is an element of the game that is keeping players enthralled as they try to reach this fun goal.

Wild Deal – this is an additional Feature that microgaming have used in this slots release. It is activated when a Wild appears on the 3rd reel on a spin that doesn’t create a winning line. Players can now watch as more Wilds are added to the reels until a guaranteed win is found. It is a particular Feature that occurs quite often throughout the game and so provides players with numerous chances to increase the initial stake that they placed.

Regulars to online casinos may find this creation rather lacking in various aspects. Something which could be due to the fact that there is no Progressive Jackpot, Gamble Feature, Multipliers or Mini-Games included in its format. Yet even so there is still plenty to keep players entertained during the Dragonz slots game.

There are 243 winning combinations that can be found across the games 5 reels. Players are able to place wagers ranging from 0.40 to 30.00 on any of these which makes it a slots offering that can be appealing to players of any level.

Payments are made from Left to Right and with some many options available players are sure to add to their initial wagered amount. And although microgaming have only included a Wild and Scatter Bonus Symbol there is still a Free Spins Bonus Round which can be activated at any point during the game.

The Dragonz slots game provides players with a 96.50% RTP and with its fun cartoony atmosphere it is proving popular throughout microgaming online casinos.

– Give DragonZ a free spin here or visit microgaming casinos and play for real money. 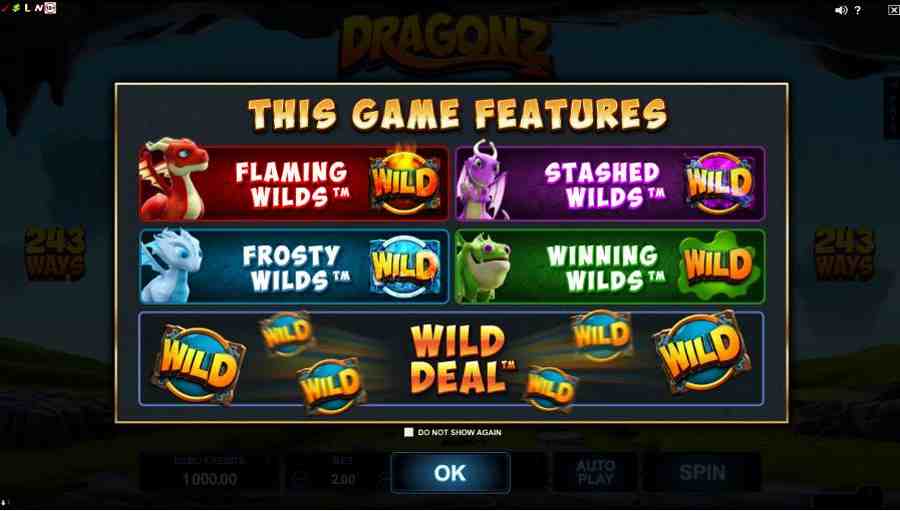 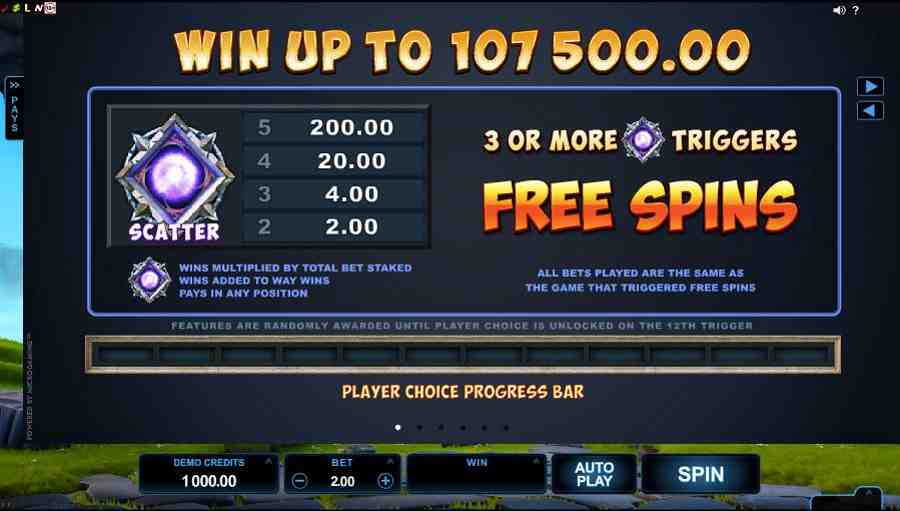 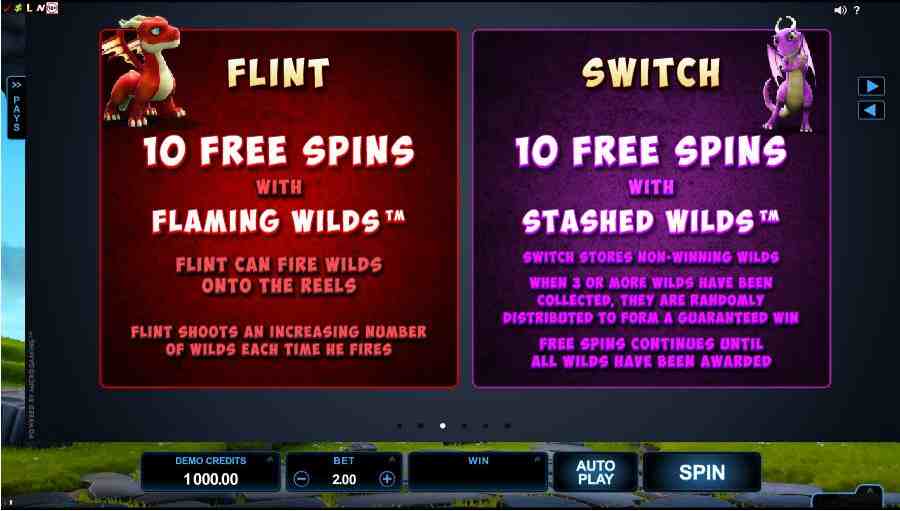 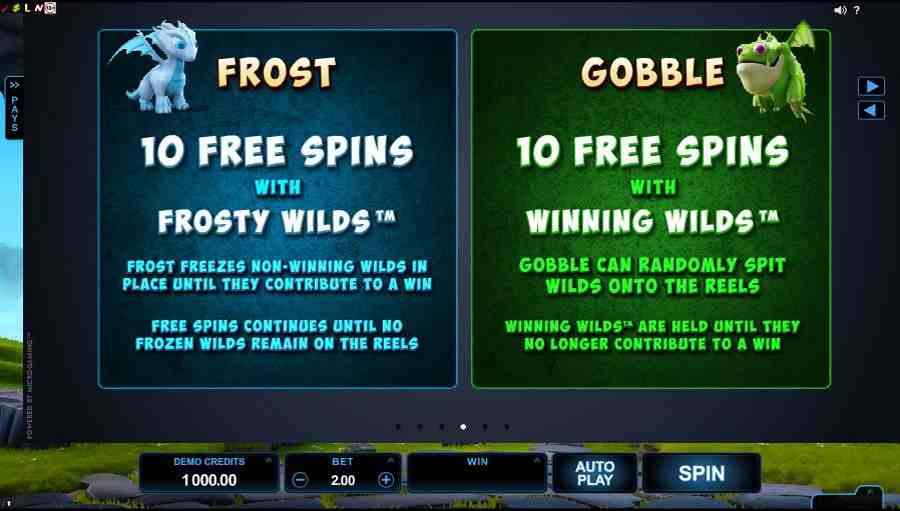 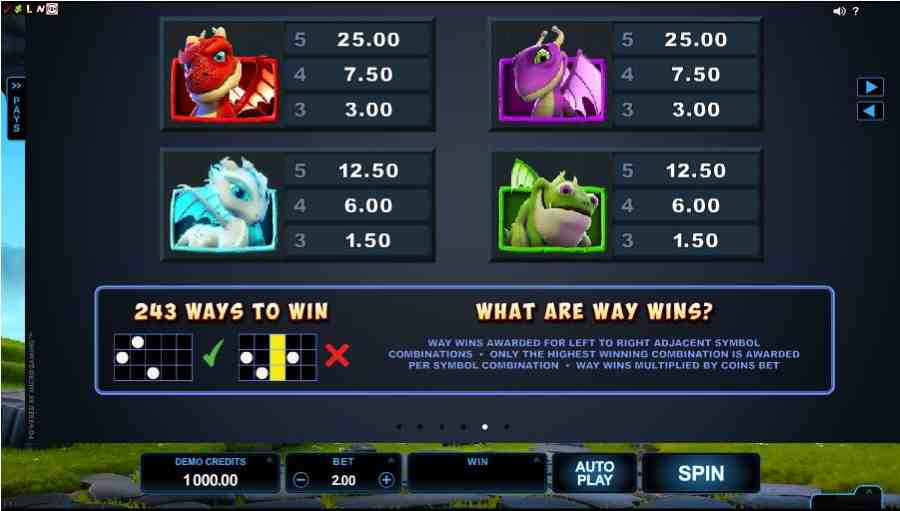 DragonZ is a non-progressive 5 reel 243 ways to win video slot game from microgaming, it has a fantasy theme, and features a wild symbol, scatter symbol, free spins and has a maximum jackpot win of $107,490.