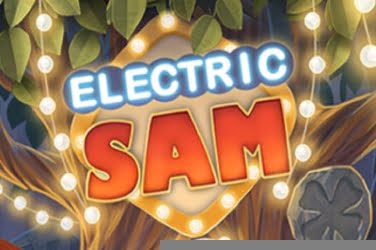 Players are taken to a woodland glade with rune covered stones guiding the way as they travel to the Troll’s hidden hideaway. The 5 reels are tied to the trees on either side with beads of stringed lights as King Sam has discovered the power of electricity. Hence the inspiration for this Elk Studios online casino game.

There is a cartoony look to the 3 characters in the game, two cute young girls joining the King to keep their home alight. Designed using high-quality 3D graphics and with fun animations, there is plenty to enjoy with this slots game.

Released in December 2014 players have the option to access the Electric Sam slots game on any Mobile device. Nothing is taken from the smoothness of play even when viewing on a smaller screen. Meaning that this online slots offering can be taken advantage of no matter what the location.

Along with King Sam, his friends Sandra and Maggie are also used as symbols within the game. Other symbols that can be found upon the game’s reels are shown as neon signs in various designs and with vibrant colors. Players can find a Lemon, a Plum, a Watermelon, some Cherries and a Red 7.

The games Logo is the Wild symbol in the game and can be used to create more winning combinations. This can improve the chances for players to maximize upon their initial wagered amount.

A Golden Bell is the games Scatter and when 3 or more are revealed the Free Spins Bonus Round is activated. If the player found 3 Bell Scatters they will receive 5x Free Spins. This increases to 10x and 15x respectively the more that are located upon the reels. Should an additional Scatter symbol appear during this Feature in the game then an extra Free Spin is added.

This Bonus Round can also benefit players further with the additional mini-features that have been included in the game’s format and which involves the main characters. When 3 or more of either of the young girls appear they will reward the player with a Bonus.

Sandra will award the player with a random Multiplier to be included in the payout amount which can be anything up to 10x their initial wager. Maggie, however, will Implode any Fruit symbols and replace them with the chance to create more winning combinations.

Should the player discover 3 or more King Sam symbols upon the reels they can watch as the story becomes animated. After connecting his Electric plugs a random symbol on the 2nd, 3rd, 4th, and 5th reels will be changed to a Sticky Wild and remain in play until the end of the Bonus Round.

The Free Spins Bonus Round is easily triggered, and also easily re-triggered at any point in the Electric Sam slots game. It is something that makes it popular with those who wish to maximize on their initial wager while watching the 5 reels spin.

Elk Studios have allowed set coin sizes to range from 0.02 to 1.00 in this Electric Troll themed game. Wagers as low as 0.20 and rising to 100.00 can be placed on any of the 243 winning paylines that are on offer. So there are plenty of opportunities for players to increase the final jackpot amount.

Factors such as these mean this is a low to medium variance slots game which provides low payouts but often. With an RTP of 96% however, it is proving popular with players of all levels.

Some regulars to online casinos may consider this Elk Studios offering rather slow paced due to its ease of play. It doesn’t provide a Progressive Jackpot or any Mini-Games, but there are still various amusing elements to the game which keeps it entertaining.

Players can take advantage of Wilds, Scatters, Free Spins and Multipliers throughout the game. All of which allow more opportunities to create any of the 243 different ways that there are to win.

AutoPlay in included as a Feature in the game and can be found when in Expert Mode. Here players will be asked if they wish the 5 reels to spin for a set amount of time, or to decide on their highest wager. Once these limits are reached then the game will end and hopefully have a nice pay-out for the player to claim.

The Electric Sam slots game may not be for everyone but there are still many who are enjoying play at the ELK Studios online casinos. 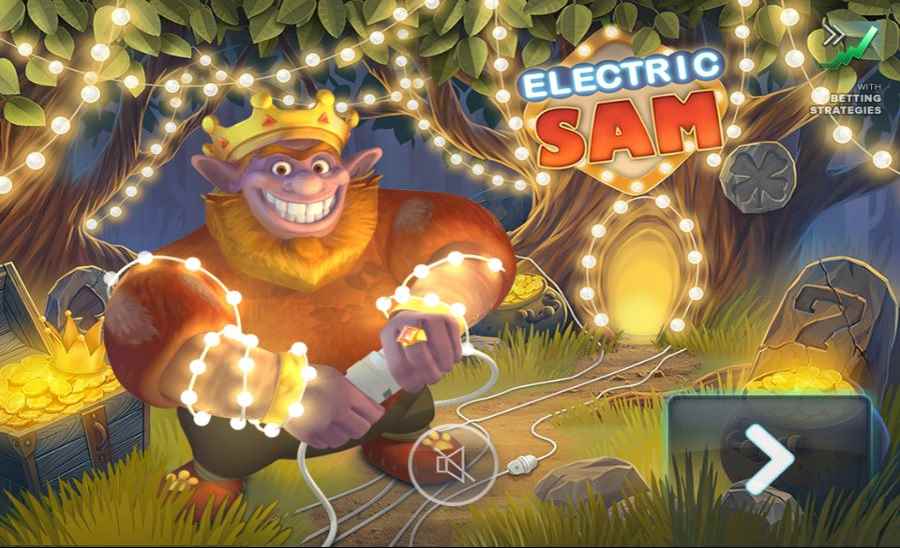 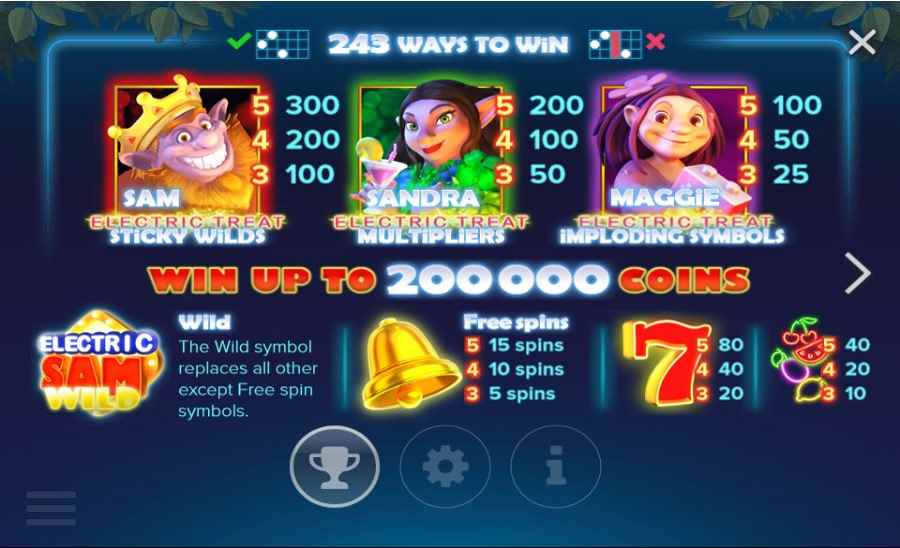 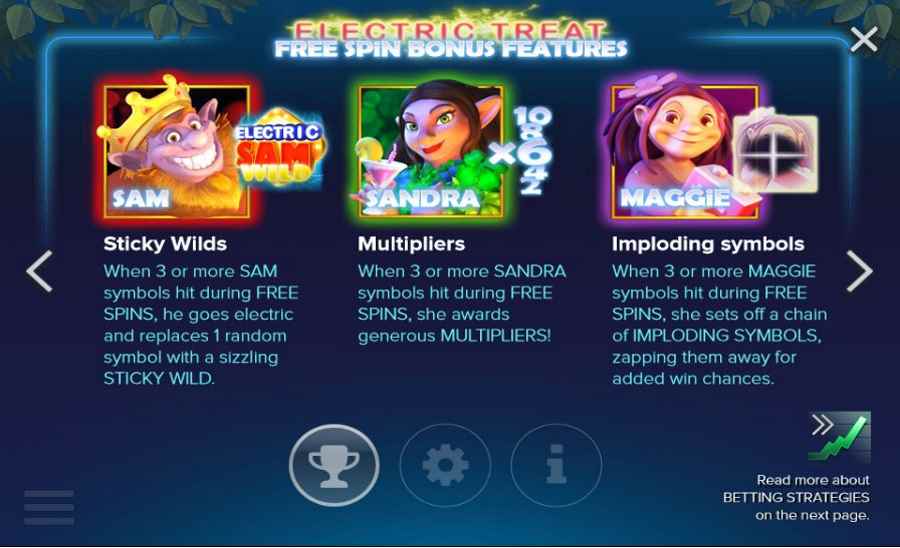 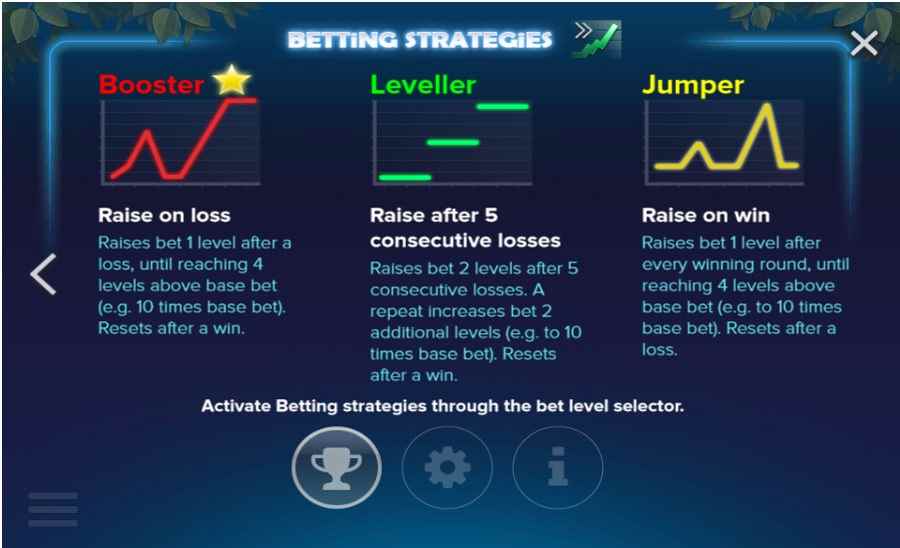 Electric Sam is a non-progressive 5 reel 243 paylines video slot machine from Elk Studios, it has a Fantasy theme, and comes with a Scatter, wild symbol, Multiplier, free spins and has a maximum jackpot win of $200,000