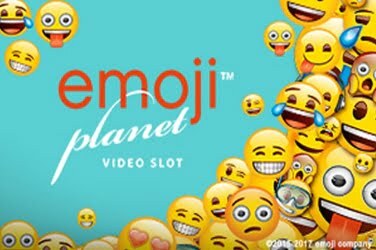 No-one can escape the phenomenon that is seen regularly in everyday life and involves people using these little images in messages to express their feelings. The craze now becoming the theme for this casino game from Net Entertainment. Bright and bold colors fill the screen with a 5×6 grid in the center. Fun characters pop up on either side of the reels with some comical animations to give a cheerful feel to the game.

This online slots game was released in August 2017 and transport players to a world where the smiling characters are free to do as they please. And as players roam the streets to find the special Features and cash prizes they can enjoy this game on any compatible device. The 3D graphics not only striking when using a Desktop or Laptop but even on a Mobile despite it being a smaller sized screen.

Despite the fact that there are no Free Spins Bonus Round or any Multipliers included in the games format players will barely notice. Instead of becoming absorbed in the chase for the mini-bonus Features that provide numerous different chances for them to add to their initial wager in the Emoji Plant slots game.

All of the images used in the game are in keeping with its theme and there are 5 lower paying ones to be found on the reels. These are a Pair of Red Lips, a Rocket Ship, a Slice of Pizza, a Bomb and Two Hearts. They also play a vital role in a Bonus Feature that is explained later.

Higher rewards are given to players if the Pile of Poo or Alien Face symbols appears. However, it is the Laughing Face crying tears of joy that will add the largest amount to the jackpot balance. 5x of these will double any winnings while 30x touching symbols that match gives players 500x the wager placed.

Wild – this is a Star symbol and is able to change any other icon to generate more winning combinations.

Avalanche Feature – after each win the player will see all the symbols that created the combination explode as more icons fall down into the empty positions.

Also if the lowest paying symbols were involved they are collected to trigger further mini-bonus Rounds. They are collected into 5 different Emoji meters and when 12 symbols fill these the Features will be activated. In an additional twist, more than 1 of these can be active at the same time which can see players claim a substantial return on their stake.

The Net Entertainment designers have ensured that this online slots can be enjoyed by players of all levels. By using the +/- buttons on the Control Panel they can wager anything from 0.20 to 200.00 with each spin. However, this is a High variance game so they will need to keep an eye on their budget during play.

This is a fast-paced game due to the unique Avalanche Feature and it is this that can provide players with some Big Wins. As Clusters are located on the reels players could receive up to 5000x their stake or 1million cash if they are betting the maximum amount. Something which is impressive for any online casino game.

It may prove frustrating for some players as they try to collect symbols so they can access the Bonus Rounds. But due to the Avalanche Feature, this slots is still value for money as there are plenty of wins to be built up along the way in this action-packed game.

So for players who want a different experience from the usual format the Emoji Planet slots game is definitely worth a spin. 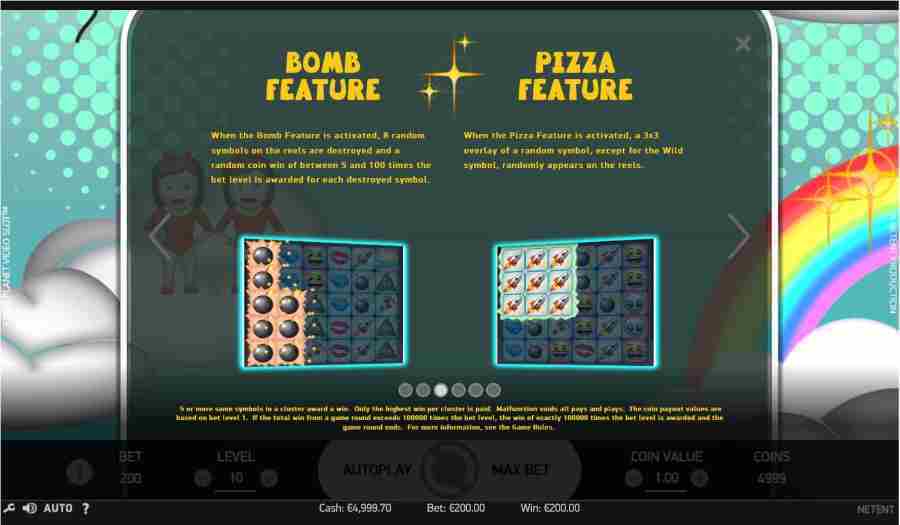 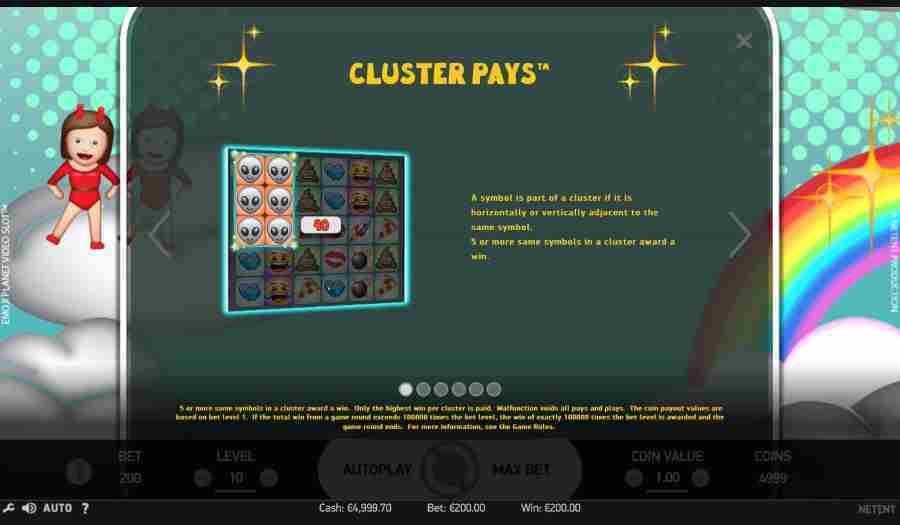 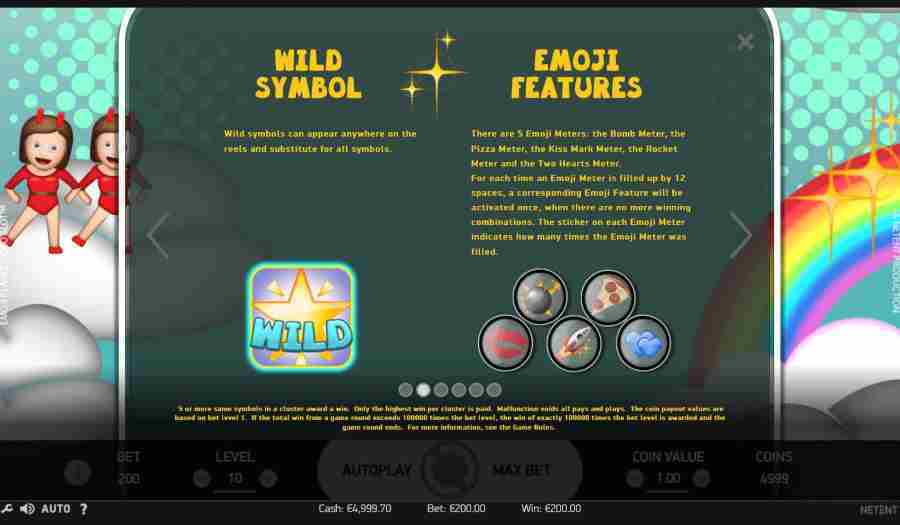 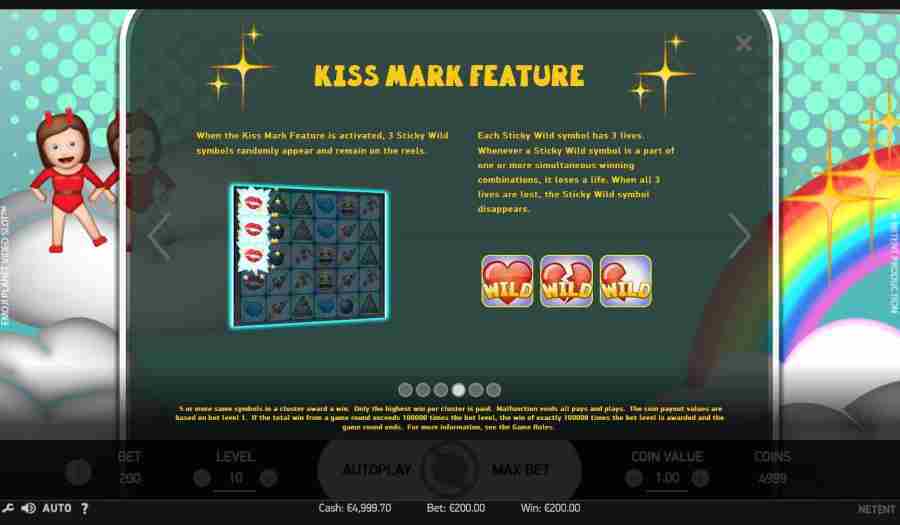 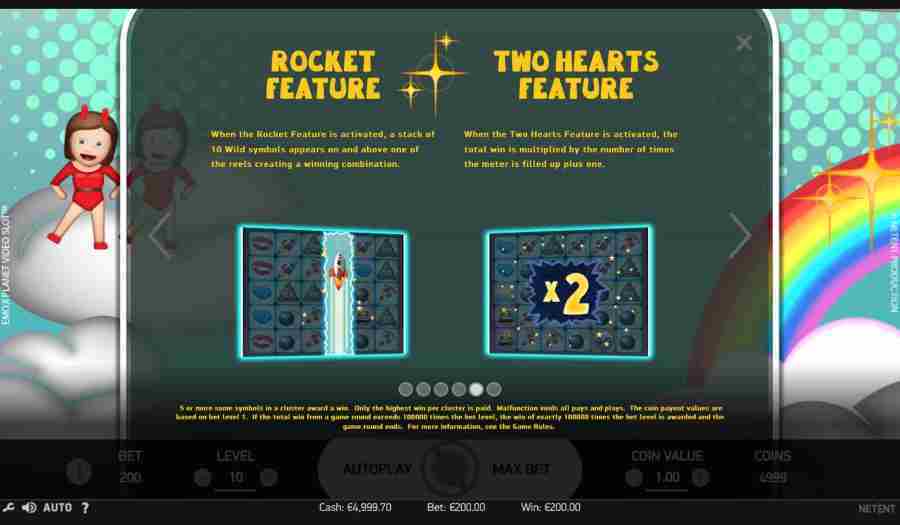 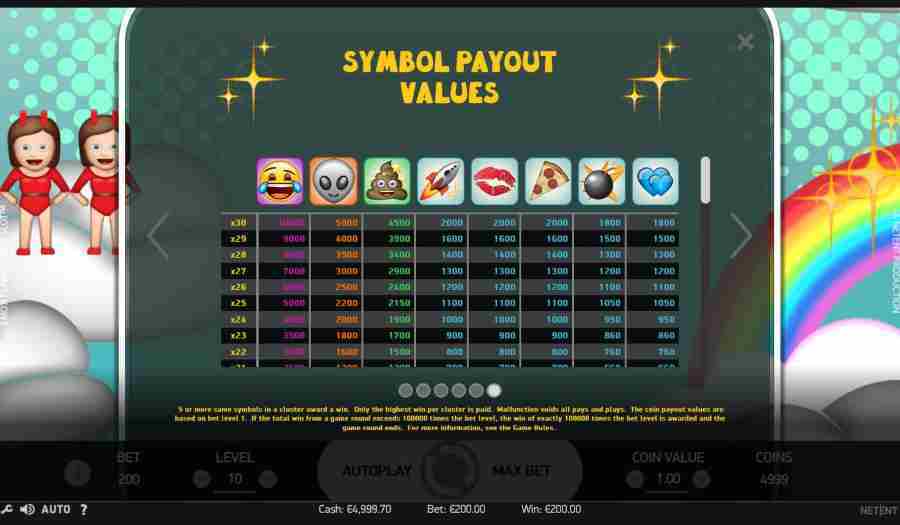