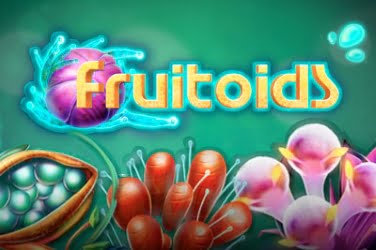 There is a misty gentle green setting in the background to the 5 transparent reels that can be found in the Fruitoids slots game with colorful flowers shown on either side. The designers have created a natural feel during play which is further enhanced by the soothing music that can be heard in the background.

25 paylines can be found across the games reels, all of which award players with a set cash prize when the matching symbols are revealed. This allows players numerous chances to increase on their wagered amount.

Providing players with a Fruity themed game, Yggdrasil have used quality graphics in this June 2014 release. And nothing is taken from the smooth running of play even when accessed on Mobile devices. Meaning that players can enjoy this slots game even when on the move.

All the symbols used in the Fruitoids slots game resemble several various exotic looking Fruits and their delicate design enhances the ambience that has been created.

Sadly these are the only symbols included in the game as players won’t find a Wild or Scatter while watching the reels spin. Nor is there a Progressive Jackpot, Mini-Game or Gamble Feature for players to take advantage of which may leave regulars to online casinos feeling disappointed with this Yggdrasil release.

Freeze and Re-spin – this occurs after every winning spin and the player will see the symbols that created the payline Freeze in place while the reels Re-Spin 1x. At this point in the game if more symbols are revealed that match those that created the payline they will also Freeze. This round will continue until no more matching symbols are found but it does provide players with numerous chances to add to their initial wager.

Multiplier – when a winning combination is located across the reels players will be rewarded with a Multiplier to increase the pay out even further. This begins at 2x but the more wins that the players find will see this increase to 5x which means that it is a slots that can prove quite lucrative if luck is on their side.

There are 25 winning paylines and all of them have to be in play before the 5 reels of the game are spun. However as just 1 coin needs to be placed on each the designers have ensured that it is appealing to both high and low rollers. This is due to the fact that the coin denomination has been kept low so wagers can range from 0.25 to 50.00 in this Fruit inspired slots.

Although there is no Wild or Scatter symbol included in the games format Yggdrasil have added a unique twist to keep players entertained. The Freeze and Re-Spin Bonus Feature and the various Multipliers that are on offer all aiding players to create more winning combinations.

If players need to be away from the screen during the game they are able to set the reels to spin automatically. The feature can be found in Auto Play Mode and can be for a certain amount of times or until the original wager is reached. It is something which can prove useful to numerous players giving them the opportunity to return to a larger cash prize to claim while being less interactive with the games software.

This is a Medium variance game so although pay outs occur often they are rather low compared to other slots that can be found. However players will need to keep an eye on their budget as they may find that it is quickly eaten away.

For those players that prefer a faster paced game this release may be rather dull. But although there is little on offer with regard to Bonus Symbols there is still the Freeze and Re-Spin Feature to take advantage of. This along with the increasing Multipliers enticing those who prefer the slower game play. Ideal for beginners and low rollers the Fruitoids slots game has proved appealing to numerous players from around the globe since its release. 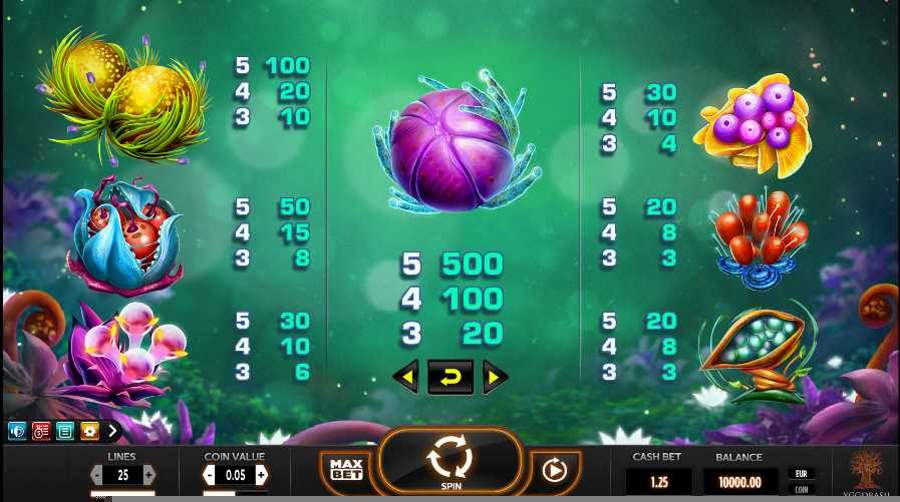 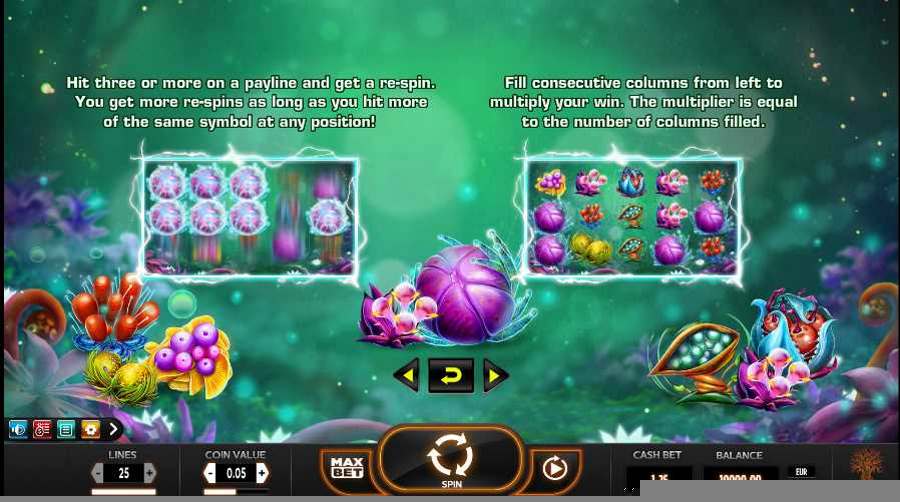 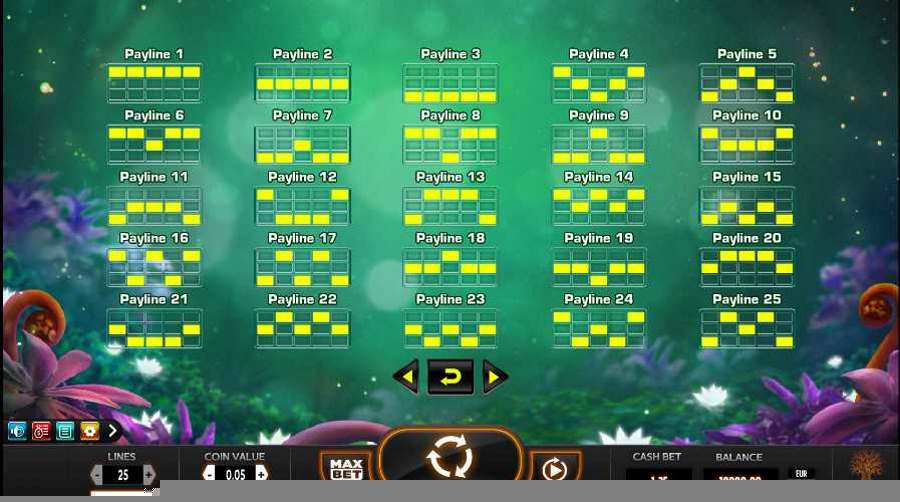 Fruitoids is a non-progressive 5 reel 25 paylines video slot machine game from Yggdrasil gaming, it has a Fruity theme, and comes with a Multiplier and has a maximum jackpot win of $5000