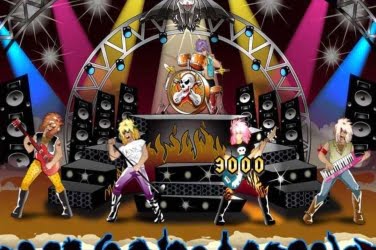 Designed by Microgaming, the Get Rocked slots game provides a feel of being at a Rock concert. With a Rock and Roll theme, the background tunes are authentic Rock tracks. The background is designed as a stage, and all the symbols are bright and colorful.

The main two symbols used in the Get Rocked slots game are the Singer and the Stage. The Singer is the games Wild symbol. When this appears on any of the reels it can help to create of the 30 winning pay lines. If the Scatter helps to create a winning combination, the symbol then becomes animated. The player can watch as the Singer bursts into a song. However, if a Scatter appears on both the 2nd and 4th reels at the same time, a Bonus Game is activated on a second screen.

Scatters are depicted by the second main symbol, which is the Stage. If two are found while playing the Get Rocked slots game, a set pay-out will be awarded. Should 3 or more are spun, then the Free Spin Bonus Game is activated. The Stage is also animated, and when they create a win the dancers begin to perform.

Remaining symbols that can be found on the Get Rocked slots game include a Red Guitarist, Blue Guitarist, Keyboard Player, Drummer, and the usual 9 to Ace icons. Sadly these aren’t animated, but are designed with bright colors.

As well as the Wilds and Scatters that are found in the Get Rocked slots game, there are three Bonus Games. The first one is called Solo Pick and Win, and this appears in a second screen when the Wild icon is spun on the 2nd and 4th reels together. The player is then asked to choose one of the 5 band members that are shown on the screen, and is awarded a random pay-out depending on who they picked.

When Scatters are found upon the 5 reels of the Get Rocked slots game, the amount will depend on what the player is awarded. If 2 are spun, a pay-out will be added to the players winnings. When 3 or more appear, Free Spins are given. These could be 10, 15, or 20 in relation to how many were spun.

There is also a Gamble Bonus Game on the Get Rocked slots game. Players can either guess the correct color of a card to double their winnings. Alternatively if they also predict the suit, the amount won is quadrupled.

The coins that are used in the Get Rocked slots game range from 0.01 to 0.25, which makes this online casino game popular with low rollers. A maximum of 10 coins can be placed on any of the 30 pay lines, so the most a player can bet on each spin is 300.

During the base game, players can win a total amount of 24,000 credits. Yet this can be increased to 72,000 credits if the Free Spins are awarded. Which makes the Get Rocked slots game a popular choice for enthusiasts of online casino games.

The highest jackpot which can be obtained while playing the Get Rocked slots game is set at 5000. This drops to just 3000 if the second jackpot is spun during game play.

By placing bets across the 30 winning pay lines on this 5 reel game by Microgaming, there are many opportunities to increase the final pay-out. Players can use the Wilds and Scatters, along with the 3 Bonus Games to generate a higher winning amount.

When playing the Get Rocked slots game you can adjust the settings. Meaning that the level of the music, and speed that which the reels will spin can be altered. Ensuring that each gamer can enjoy play as they choose.

Should players play the Get Rocked slots game in Expert Mode, they also have additional features at their disposal. The most useful of these is the Auto Play setting. With this players can set the reels to spin automatically if they are away from their computer. 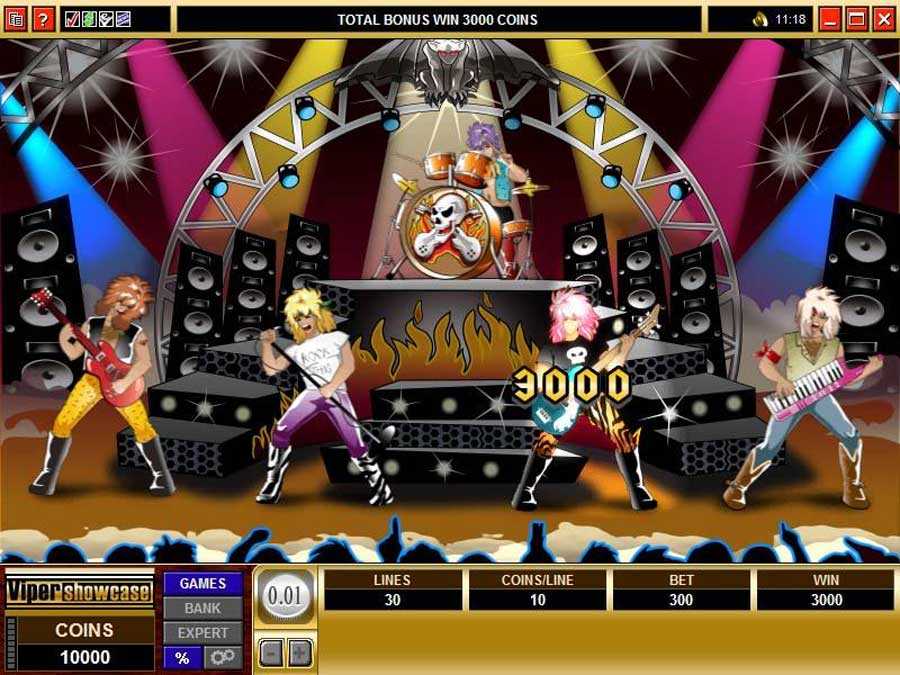 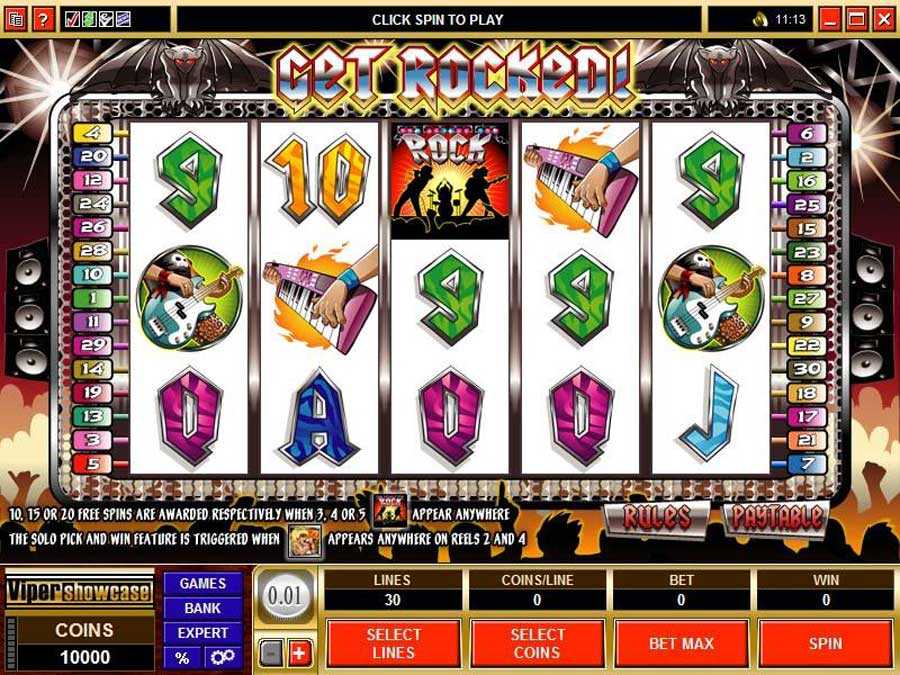 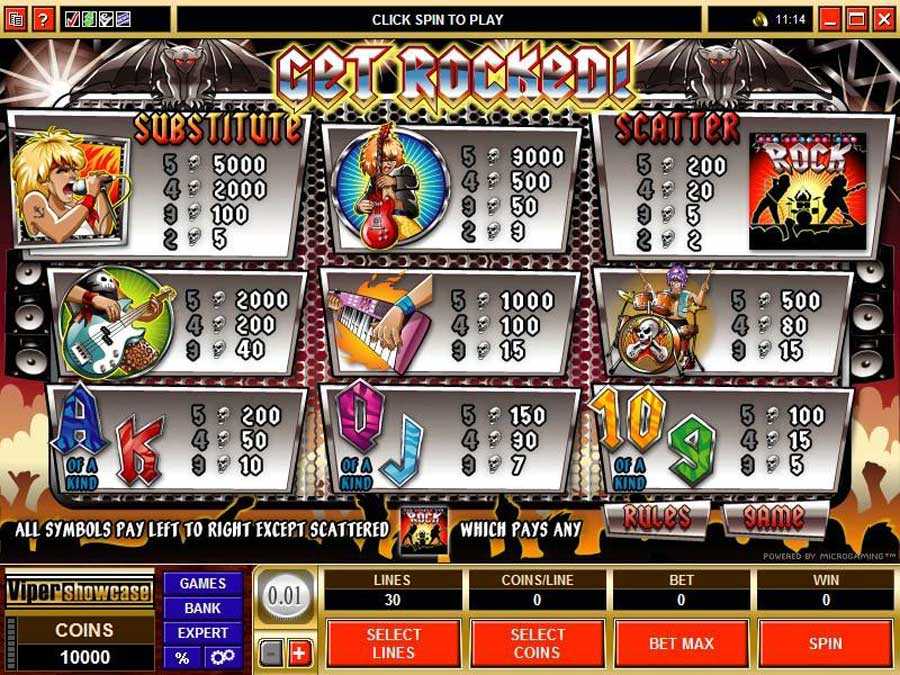 Get Rocked is a non-progressive 5 reel 30 payline video slot machine game from microgaming, it has a Rock Comical theme, and comes with a wild symbol, scatter symbol, free spins and has a maximum jackpot win of $12,000