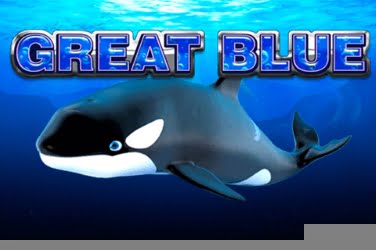 “Great Blue” is the name of the giant Orca that this online slots game is based upon and players can see his image swim to join the other symbols that are used in the game. Players can dive under the waves at any location as this online casino game can be accessed on any Desktop, Tablet, or Mobile device.

This Ocean themed game has 5 reels that are set beneath the water with sunlight beaming through from above. Animated bubbles float to the surface at the top of the screen throughout the game and Hawaiian music can be heard to add to the atmosphere in this Playtech release.

Different shades of blues have been used in the games design and high quality graphics can be enjoyed as the reels are set to spin. And although some players may find its unimaginative format a little dull it is ideal for beginners and those who want to relax in the tranquillity of the Ocean while watching their jackpot amount rise.

Designed as large bubbles the symbols 9 through to Ace provide the lowest pay outs in this slots game. But players will also find various sea creatures swim across the reels including a Starfish, a Shark, a Turtle, a Clown Fish and a Seahorse. They have all been given a cute friendly look and can help players to create higher winning combinations.

Wild – “Great Blue” himself is the Wild symbol and it is often found Stacked upon the reels. When he swims into sight it can change other symbols besides the Scatter if a winning payline can be formed. In addition to this any amount is also given a 2x Multiplier to be included in the final jackpot balance.

Scatter – this is shown as a Pearl sat in its opened pink shell and just 3 of these need to be found upon the reels so that the player can take advantage of the 2 Bonus Features that are included in the game.

Free Spins – initially players are rewarded with 8x Free Spins when this Bonus Round begins. During this time any winnings will be doubled so there is even more chance for players to add to their pay out amount. However this also leads to the 2nd Feature that the designers have provided for players to enjoy.

Pick ‘Em – here players are taken to a sandy coral reef where they can choose 2 of the 5 Pink Shells that are found there. The prizes can include up to 33x additional Free Spins or the chance to claim a Multiplier which could be the maximum of 15x the initial wager placed.

If 3 more Pearl Scatters appear during this point in the game players will receive 15x extra Free Spins and the Multiplier that was included at the time is also applied to any winnings.

Gamble Feature – at the end of each winning spin players have a further chance to increase their pay out amount with this Bonus Feature. By correctly guessing the color of a down turned card the balance will be doubled, however if the player is wrong they lose everything.

Before the reels can be spun the player must decide on how much they wish to place upon the 25 structured paylines that this slots game offers. The coin denominations range from 0.01 to 5.00 so just 0.25 can be staked on each spin. Although this may be appealing to low rollers and beginners those who have the budget can raise their bet to 125.00.

This is a high variance slots so players will have to be patient if they want to reach the Bonus Features that are on offer. If they do reveal 3 or more Pearl Scatter symbols however players have the chance to receive some huge rewards, especially if they have wagered the maximum amount.

Players are able to change various elements of the game with the Auto Play feature which has been included in the games format. Meaning that while the reels spin automatically they can be less interactive with the software. The speed of the reels and the volume of the tunes and sound effects can also be altered so that players can enjoy the game to their own personal preference.

With a RTP of 96.03% numerous players are seeking for those big wins that are found under the waves in the Great Blue slots game. 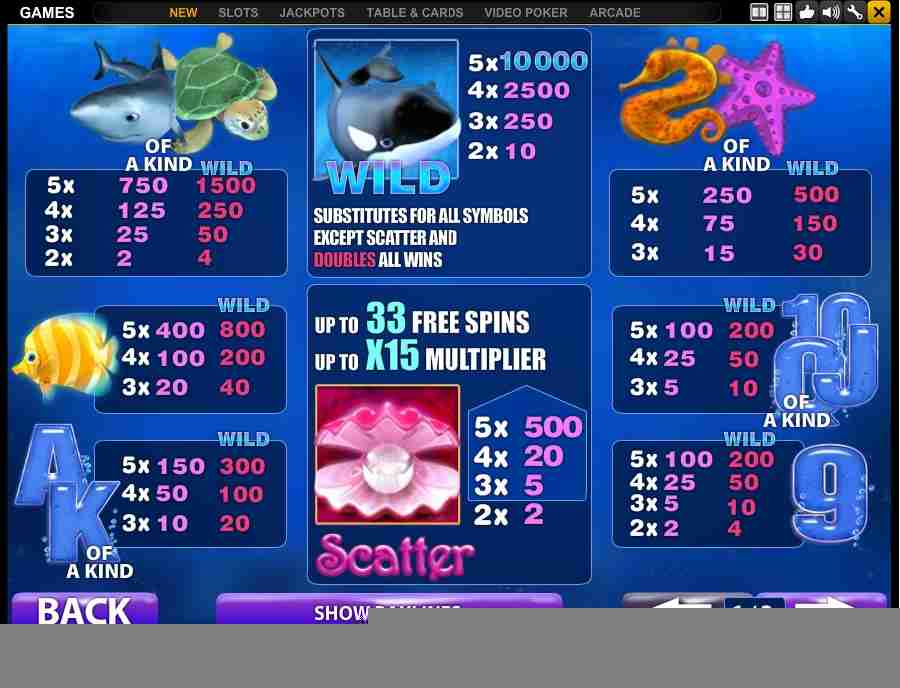 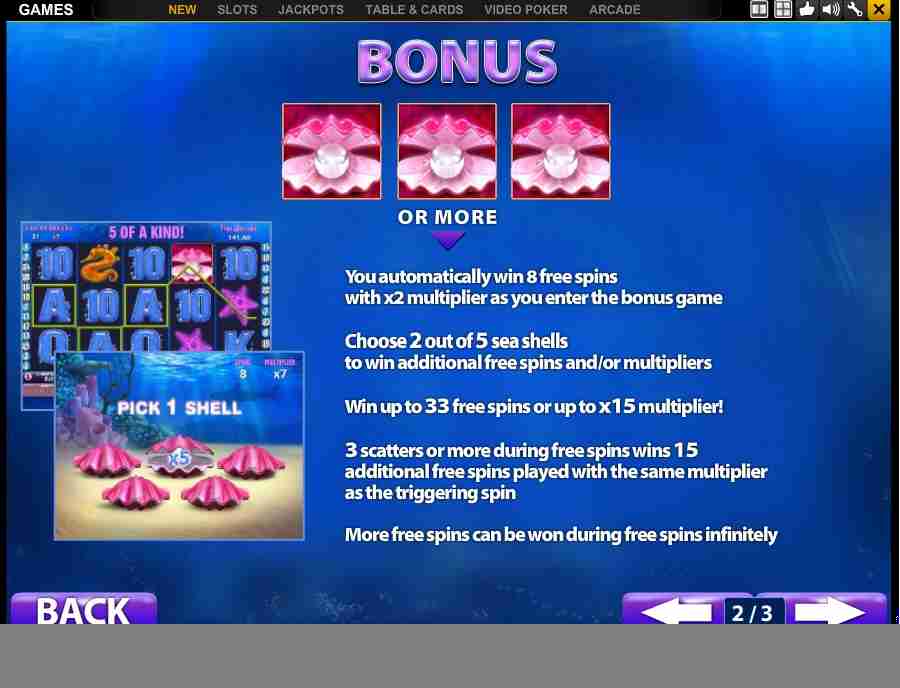 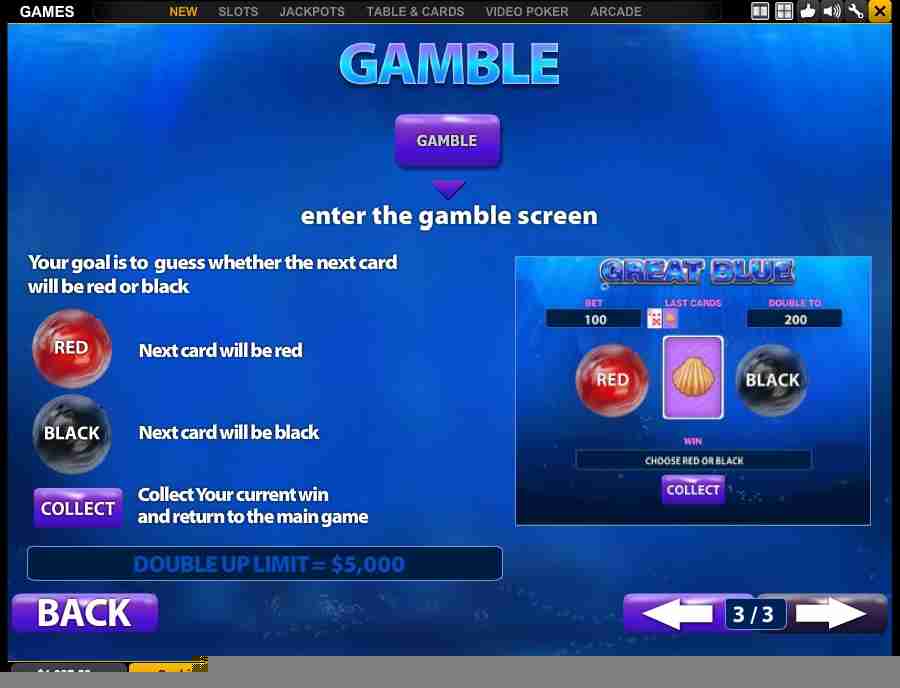 Great Blue is a non-progressive 5 reel 25 payline video slots from Playtech, it has a Ocean theme, and comes with a wild symbol, Multiplier, Scatter symbol, free spins and has a maximum jackpot win of $500,000