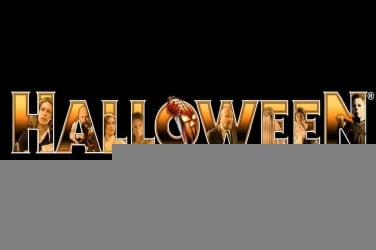 Halloween slots is an online game from Microgaming casinos and is based on the classic movie blockbuster which dates back to 1978. Whether players were spooked by the story-line or not they are sure to be entertained with this October 2017 release. A tense atmosphere recreated by using the original music score from the movie to add to the sinister feel to the game.

Players are able to find the 5 reels set within the porch of a small wooden house, a moving cloudy night sky darkening the top of the screen. These stunning yet eerie 3D graphics and animations adding to the scary touch that the designers have given to those who enjoy this holiday theme.

Any device can be used to access this online slots game which means the 50 winning combinations can be found at any time of day. And with numerous Features such as Wandering Reels, Free Spins and Multipliers among others means a decent return on the initial stake if the symbols land in the players favor.

In keeping with the games theme players have symbols such as some Knitting Needles with balls of Wool, a Telephone, some Matches, a Clown Mask, a Knife and a Gun. All of these offering players a low pay out but appearing regularly throughout the game.

For higher wins players need to locate the 4x main characters who feature in the movie. These symbols include Lynda, Annie, Loomis and of course Laurie who will reward players with 30x their stake if 5 of them land on the reels.

Wild – a staked Pumpkin “Wild” can appear at any time during this slots release from Microgaming. It may make the player jump as it lands but if it does there are more chances of creating any of the 50 pay lines. Any winnings being added to the final jackpot balance for them to claim once the game ends.

Scatter – this “Bonus” symbol is colored in a striking red and yellow design and when 3 or more are located an addition Feature will be activated which adds another fun element to the game.

Wandering Reels – something of a unique Feature this will see a group of 3 reels spin randomly while there is the chance of Jumbo Blocks of the main Basic Symbols falling into active positions.

Jumbo Blocks – these larger symbols can appear on multiple reels but will be stacked 4 rows high rather than the usual 3. This can allow for more winning pay lines to be created and can allow for some big wins.

Trick or Treat Wheel – players can find even more entertaining Features if this Bonus Round is activated. To do this 3x “Bonus” Scatter symbols need to be brought into play. Now players can spin the Wheel to receive random cash prizes which can amount to 10x their bet. This Round will continue until a further Feature is activated and there is a choice of 2 which are picked at random.

1. Boogeyman Bonus Feature – here players are faced with a screen filled with green leaves that they must pick from. These will reveal a cash prize amount along with a Multiplier which increases with each lucky turn. There are 10x cash amounts to claim and if all are won then an extra 20x is added to the players original stake.
However if the image of Michael is uncovered players will see him blocked by a knife, the Round will end and only half of the jackpot is given.

2. Free Spins – any of the 4 movie characters landing on the reels will give the player 9x Free Spins. In an additional twist that person’s image remains prominent throughout which can result in higher pay outs.

There is a wide range of coin denomination available in this slots game which can easily be opted for by using the +/- button. Meaning that players can choose from placing 0.50 to 200.00 on any of the 50 winning pay lines depending on their budget. However this is a Medium to High variance game so caution may be needed with the enthralling story line that the Microgaming designers have provided.

Beginners may find the game a little overwhelming as there are so many different Features and Bonus Rounds included in the games format. Yet once these have been mastered they can take their chances in hunting all the treats and receiving a RTP of 97% while hiding from Michael in the Halloween slots game. 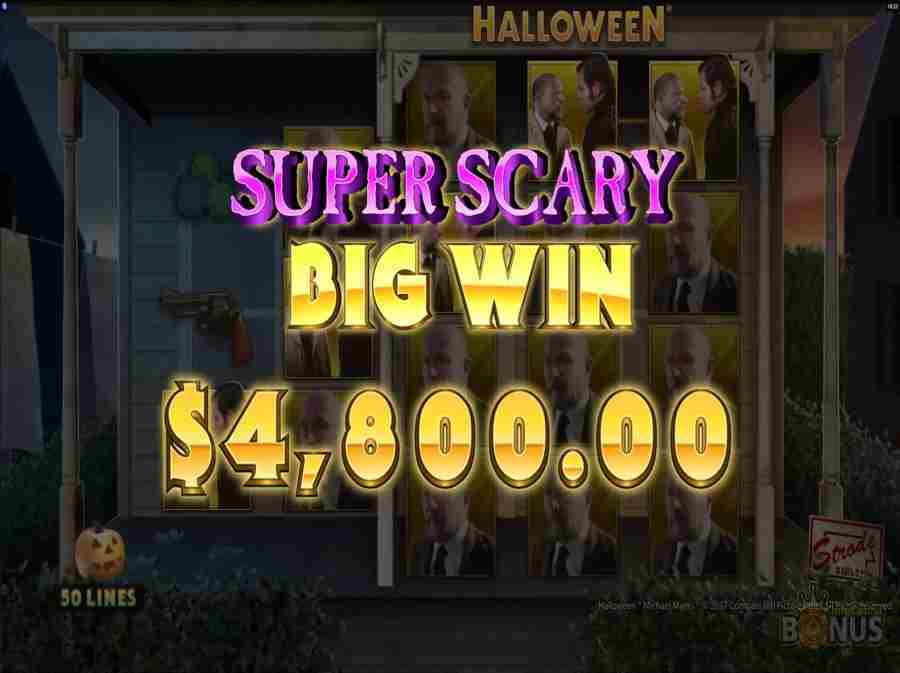 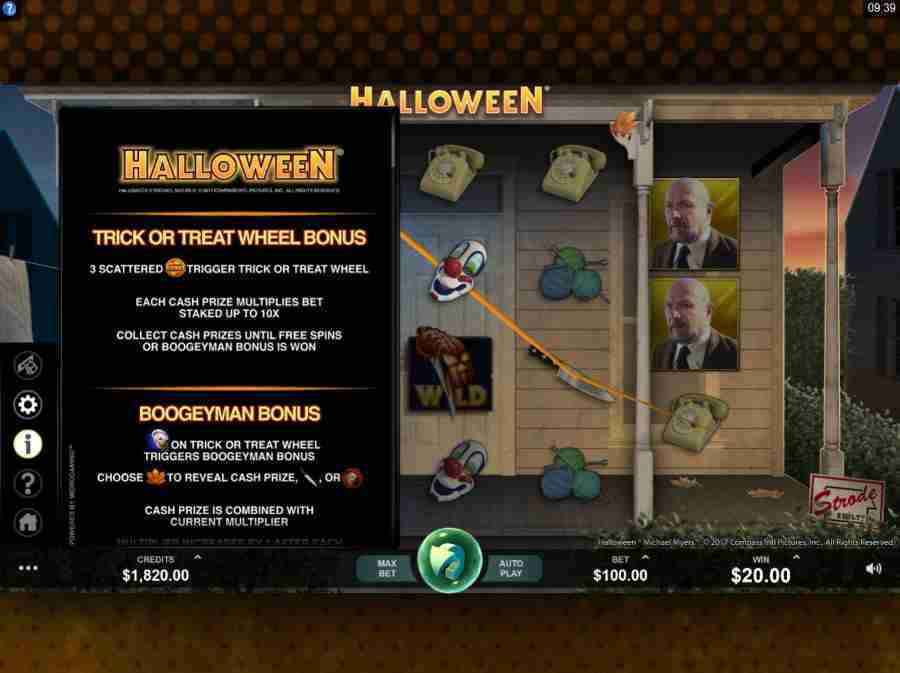 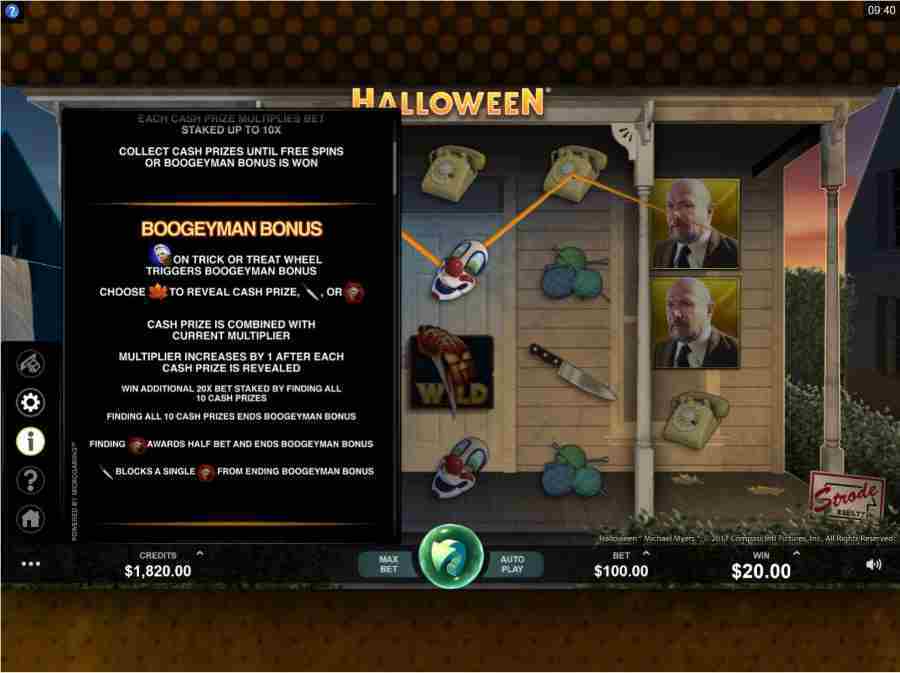 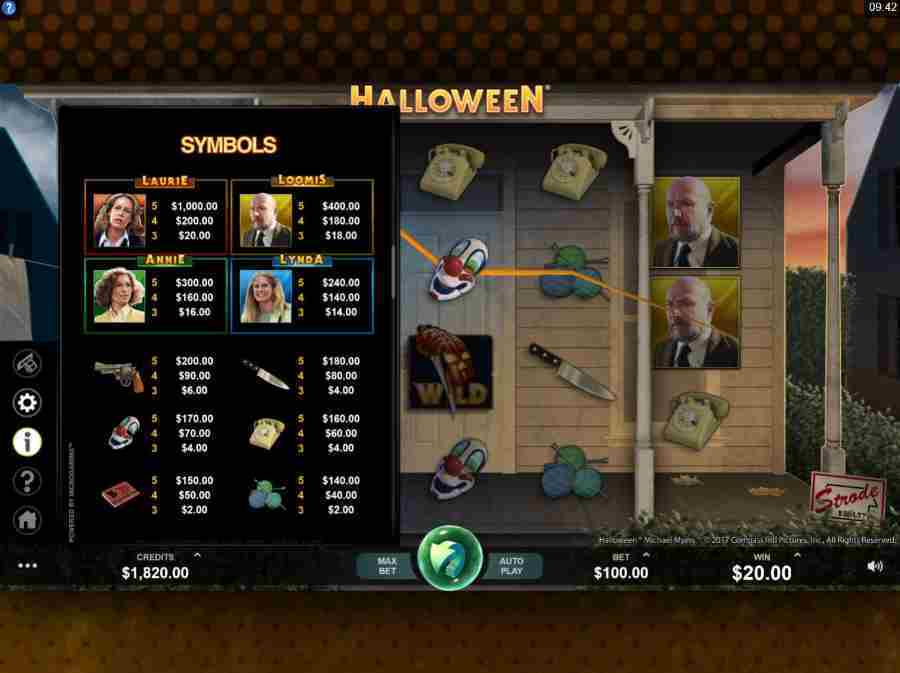 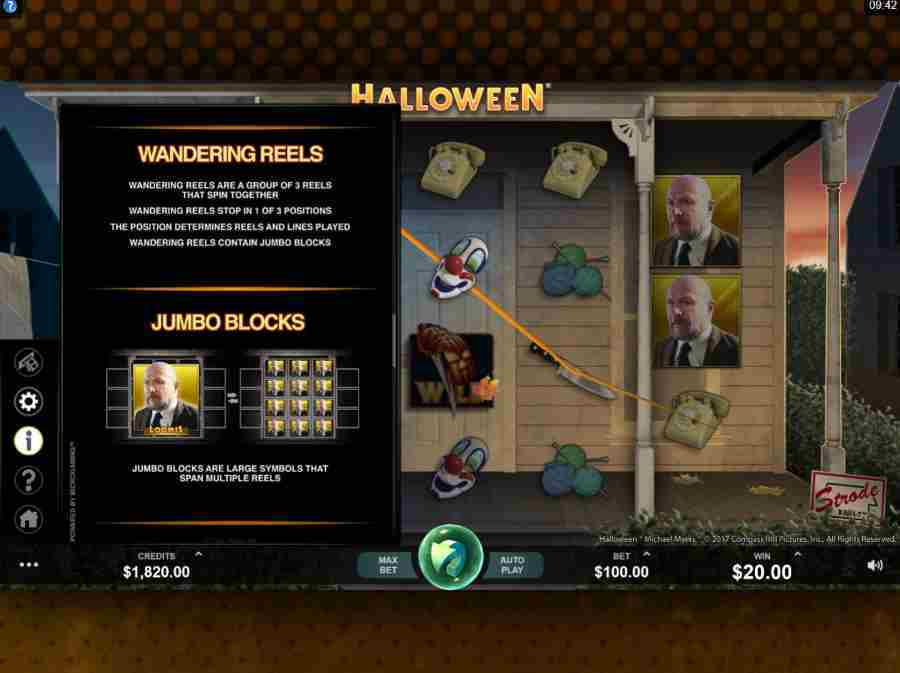 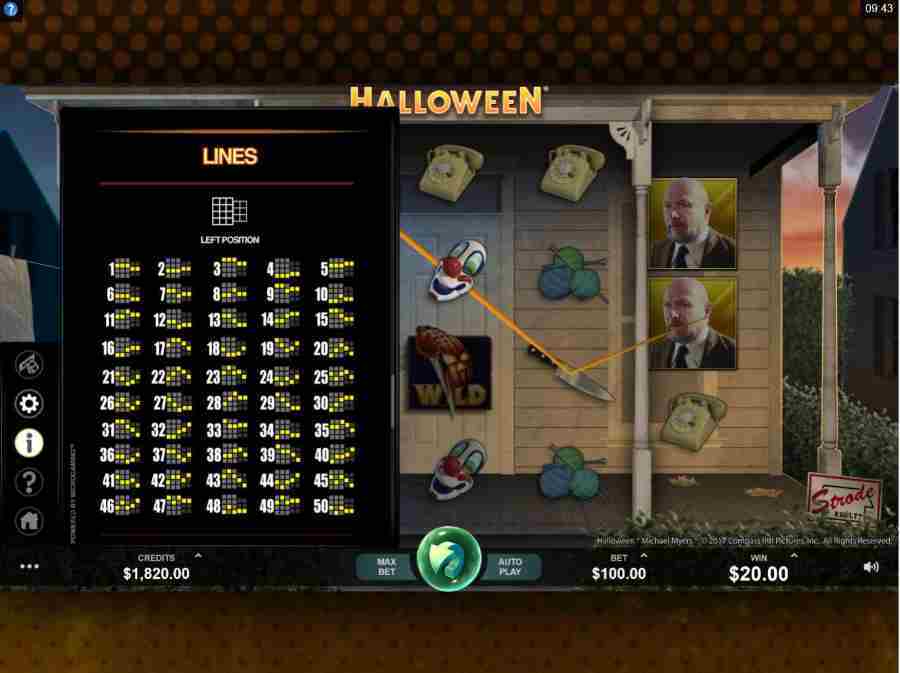 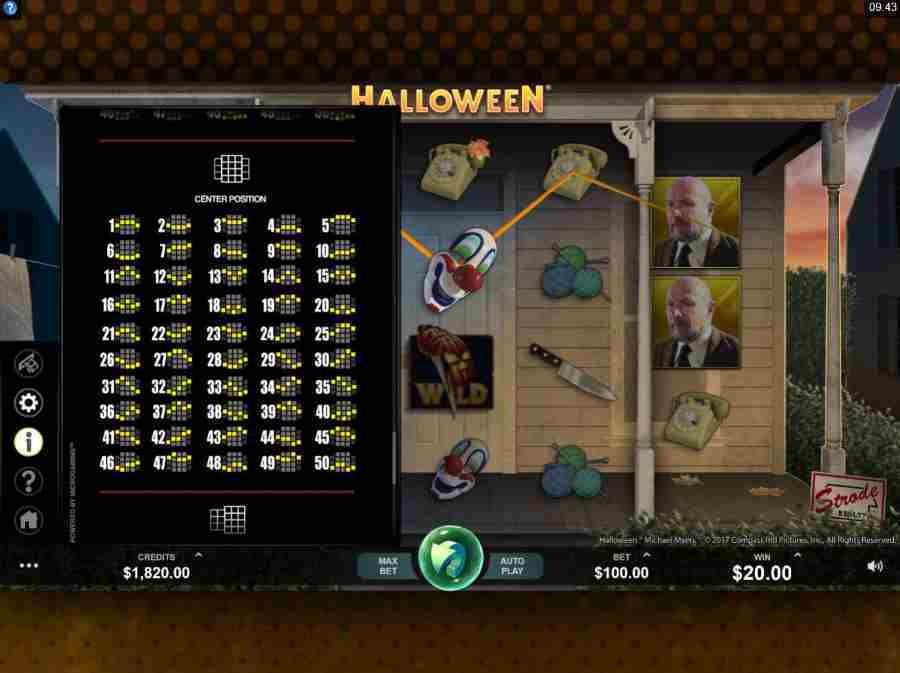 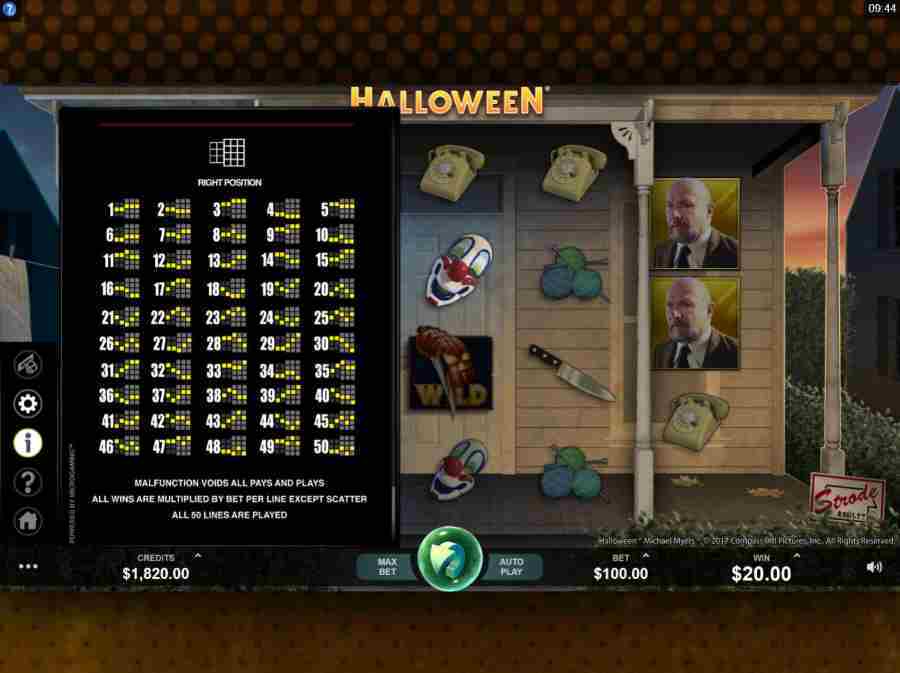