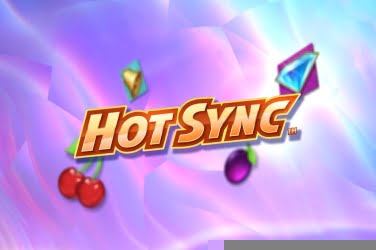 Although this slots game has a Classic Fruit theme crisp straight lines and bright bold colors have been used in its design. The symbols are large and their 3D images fill the 5 reels while helping to create any of the 20 winning combinations. The reels can be found upon a shimmering purple and blue background and players can enjoy a relaxing electronic soundtrack during the game.

Quickspin released this slots offering in February 2017 and it can be accessed via any Desktop, Tablet or Mobile device. And with the added option of Auto Play even if players do need to be away from the screen at any time the reels can be set to run automatically. However, this is a fast-paced game that players of all level wills want to enjoy when they find Hot Sync slots in their favorite online casino.

As in the more traditional slots games, the symbols used in the game include a Lemon, a Watermelon, a Plum and some Cherries. This reward player with a lower payout amount than the other symbols. These are a Gold Bell, a Red 7, a Silver Star and a Blue Diamond all of which are brightly colored and look vibrant upon the screen.

Wild – a Gold “Wild” can change any symbol other than the Bonus icons and it can appear on any of the reels. This means that players have more chances to create a winning payline and should all 5 be spun they will be rewarded with either 1000 coins or 50x their initial wager.

Hot Sync Re-spin – a “Hot Sync Wild” symbol will activate this round and only two of them are needed. Whichever reels they land upon becoming “hot” meaning that extra Wilds are added for 1x Re-spin. The round continues until there are no more “Hot Sync Wild” appearing and players are returned to the base game.

However, there is an additional Bonus at this point in the game that is getting some players excited. The reels that were involved in activating the Feature will become “cloned” so that all the symbols upon them match. This can lead to even more winning combinations to be included in the final jackpot balance.

Free Spins – players can find a “Bonus Game” symbol on the 2nd, 3rd, and 4th reel and when all 3 are filled this round will begin. Now players are able to take advantage of 8x Free Spins which also has an additional twist. If a “Hot Sync Wild” symbol lands during these spins that reel will become “hot” for the remainder of the round.

Quickspin has ensured that this slots game will prove popular with players with any budget. This is due to the fact that on each spin the wager can range from 0.20 to 100.00 so both high and low rollers can take advantage of all that’s on offer. However, all paylines do need to be in play with a maximum of 1 coin before this online game can begin.

Players can find all the entertainment that they will need as the 5 reels are set to spin. And with 20 paylines there are plenty of chances to increase on the staked amount. The Gold “Wild” and the two Bonus Features are also appealing elements to the game which are attracting players from around the globe.

There is an RTP of 96.21% with this online slots but it is considered to be High variance game so players may need to keep an eye on their budget. However, with all the Bonus’ in play, there is the chance to win up to 2484x the original bet with each spin of the reels. Something which is certain to be appealing to those who want to maximize their winnings.

So as soon as the wager has been placed and the reels set to spin players are able to simply sit back, relax and enjoy all the fun that is on offer in the Hot Sync slots game. 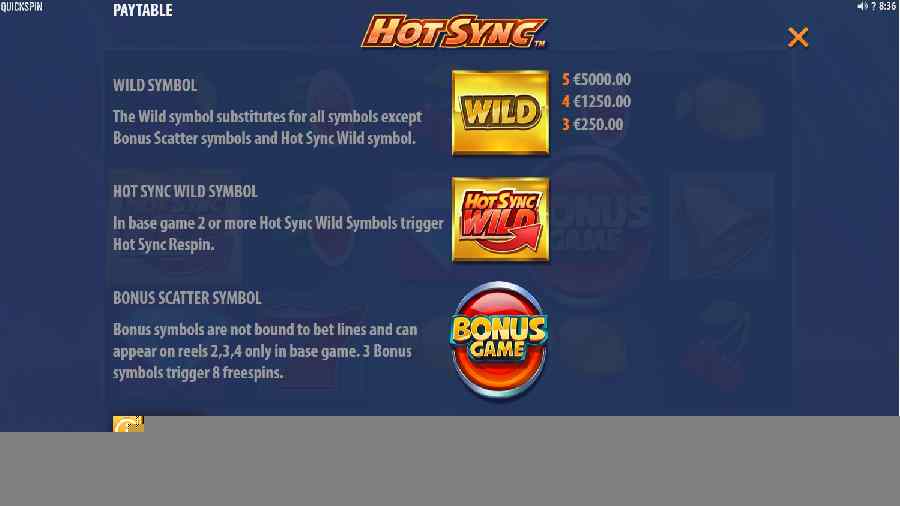 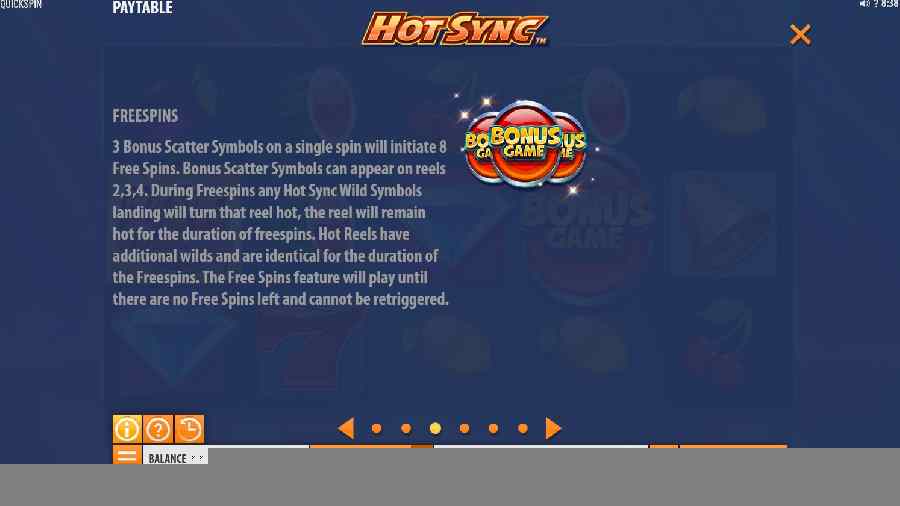 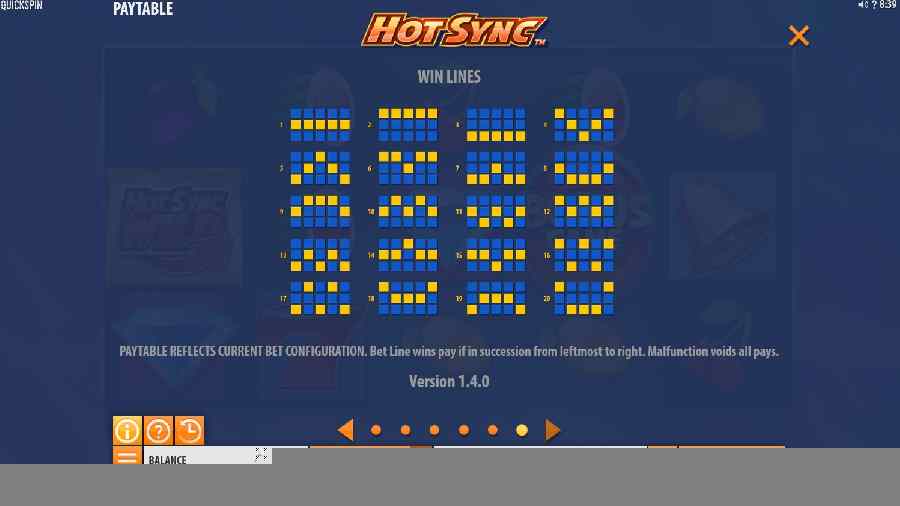 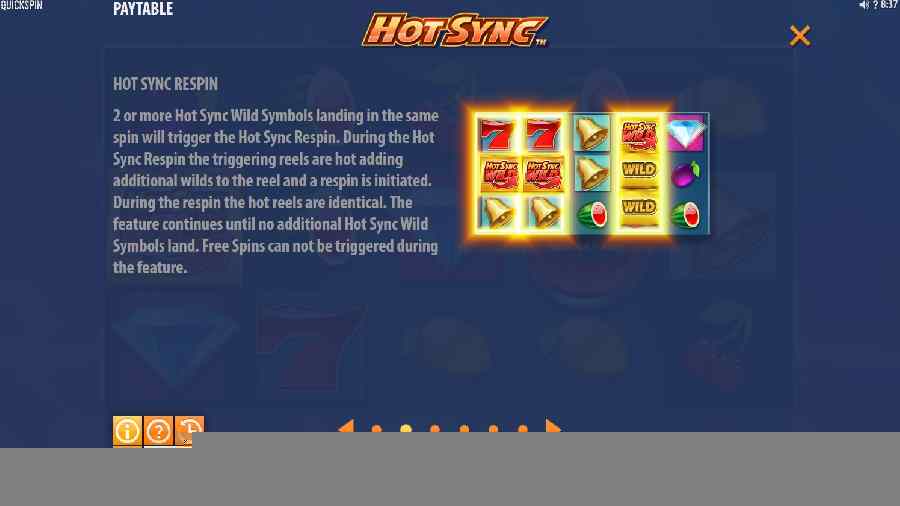 Hot Sync is a non-progressive 5 reel, 3 row, 20 paylines video slot game from Quickspin, it has a retro classic theme, the game features the hot sync re spin feature and free spins and has a maximum jackpot win of N/A