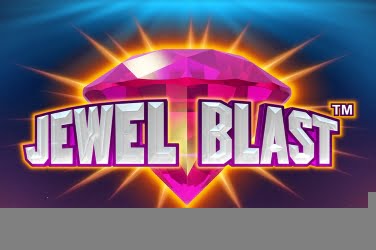 There is something of a Retro theme to this online slots game. The 5 reels fill the screen and are set upon a dark background of blacks and deep purples. Rays of light shine down from the top of the screen while small beads of color glisten on either side of the reels.

All the symbols are large yet highly detailed graphics have been used in their design as they swim in their individual bubble. And the laid back atmosphere of the game is further enhanced by the relaxing music that plays in the background throughout.

Quickspin have ensured this slots release can be accessed by players no matter what device they may be using. This means that the fun can be enjoyed whether they are on a Desktop, Tablet, or Mobile and nothing is taken from the smooth play of the game even when using a smaller screen.

The bright and bold colors that have been used along with the Bonus Features that are on offer there are players from around the globe who are taking advantage of the Jewel Blast slots game.

A gentle font has been given to the 10 through to Ace smaller paying symbols that can be found across the 5 reels of this slots game. All of these are colored in different shades that compliments the Classic look that the designers were clearly aiming for.

Gems which glisten in hues of Green, Blue, Red, Yellow and Purple provide players with higher pay out amounts when they are included in a winning combination.

Wild – a golden “Wild” hidden within a multi-colored bubble is used as this symbol within the game. It can be found upon any reel and should it appear it can change any symbol other than the “Bonus Wild”. This means that players have more opportunities to create any of the 25 winning paylines that are on offer in this slots game.

“Bonus Wild” – this symbol is also shown in gold and just 2 of these need to be located during any spin of the game for the Bonus Feature to be activated.

Blast Bonus – if 2 or more of the “Bonus Wild” is found upon the reels and a winning combination is created this feature will come into play. At this point in the game these symbols and those adjacent to them will be “blasted” from the screen. Other symbols then fall into their vacant positions with the chance of generating more wins. This round will continue until there are no more “Bonus Wilds” in play and then the base game will re-start.

Players of any budget can enjoy this online slots release from Quickspin. This is due to the fact that they have kept the coin denomination set to a range of 0.25 to 100.00 with each spin of the 5 reels of the game. So both high and low rollers can benefit from what is on offer in this traditional looking slots.

Although there is only 1 Bonus Feature included in this slots format it provides players with an addictive element that keeps them entertained as they watch the reels spin. And with a golden “Wild” generating more winning opportunities there are further chances for players to add to their initial wagered amount.

Some regulars to online casinos may be left feeling disappointed with this latest Quickspin release. This could be due to the fact that there is no Scatter symbol, Free Spins, or Multiplier to be found during play. Neither is there a Progressive Jackpot or Gamble Feature to take advantage of. However despite its simplicity this is still a fast paced game that numerous players of all levels are enjoying.

As this slots game has an Auto Play Feature players can still place their wagers even if they need to be away from the screen. Allowing the reels to spin automatically for a certain amount of times or until their maximum budget is reached. This is something which can prove useful to those who need to be away from the screen or simply prefer less interaction with the gaming software.

Considered to be a Low to Medium Variance game players will find that although little will be added to their jackpot balance any wins do occur often. And with a RTP of 96.52% the jewel Blast slots game is proving appealing to various players who enjoy is simple uncomplicated design. 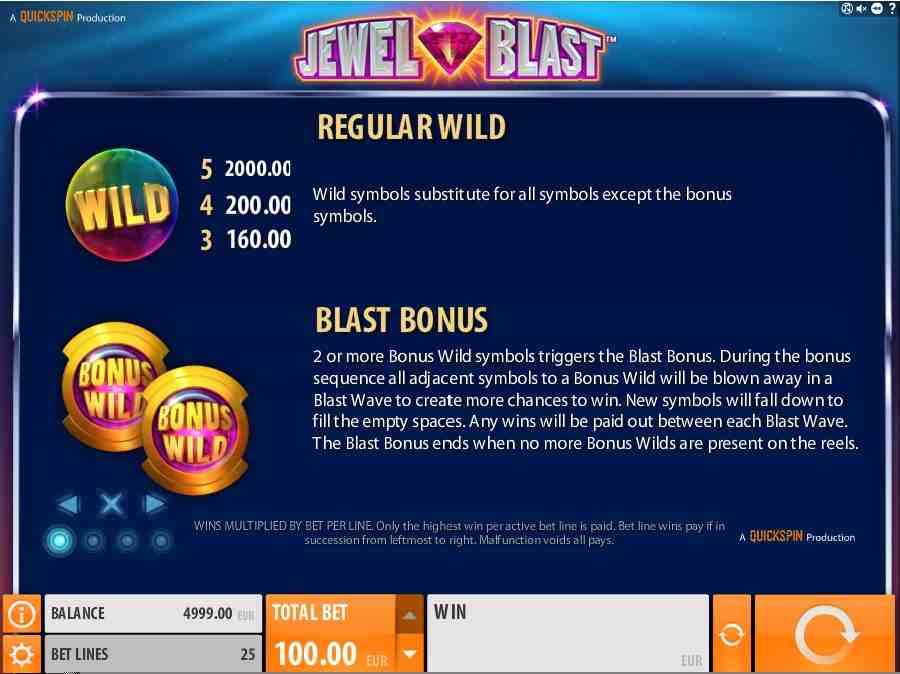 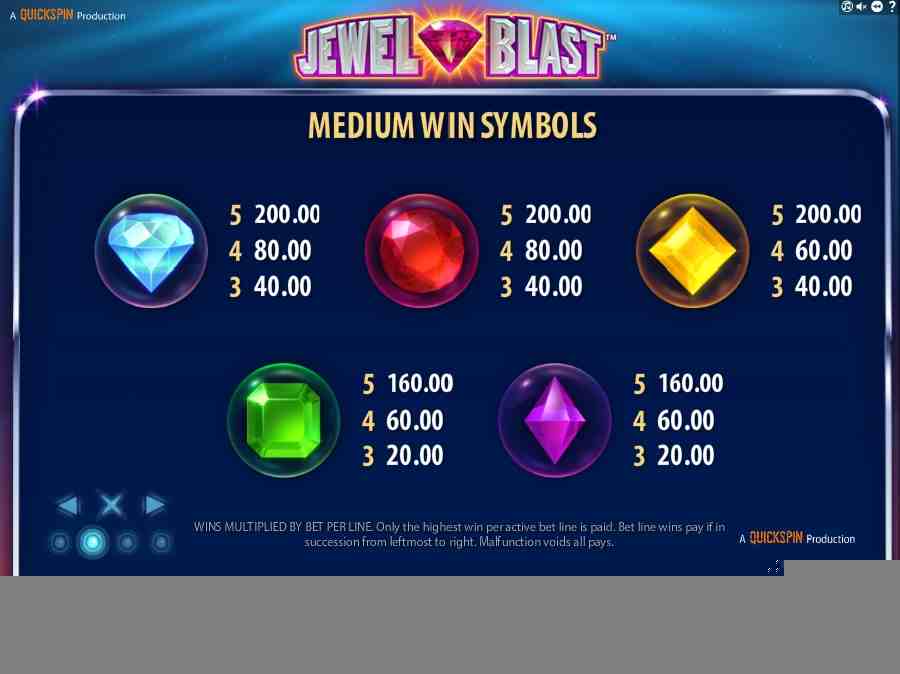 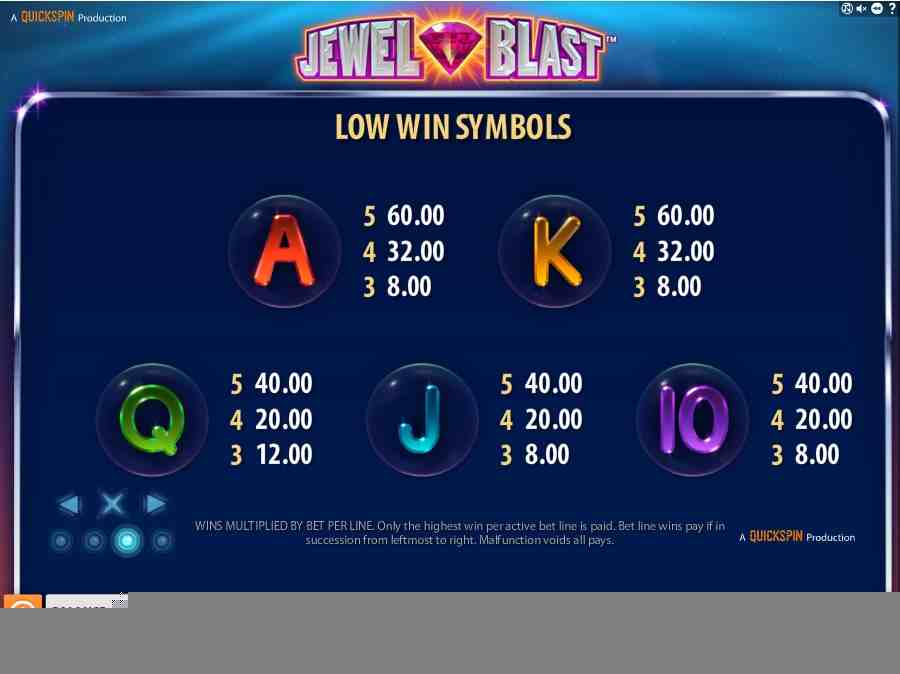 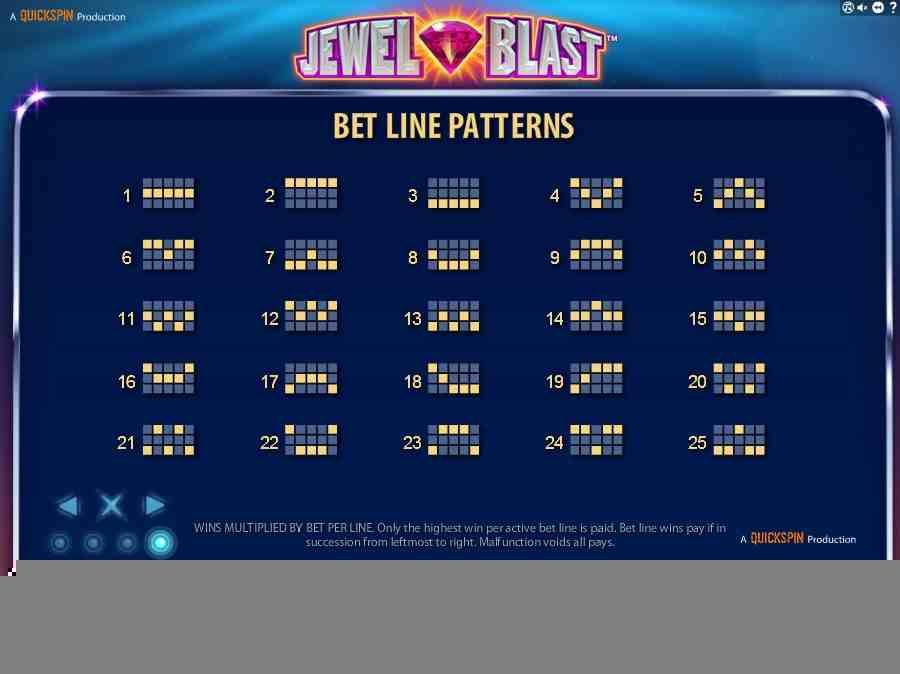 Jewel Blast is a non-progressive 5 reel, 6 row, 25 paylines video slot game from Quickspin, it has a Retro theme, the game features BLAST BONUS with Blast Wave feature, Multiplier, and has a maximum jackpot win of $2000