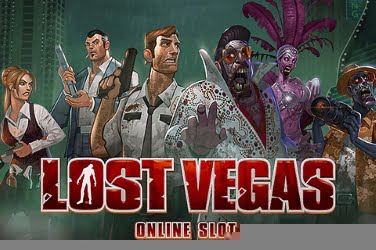 microgaming have created 243 different ways to win in this “Undead” themed online slots game. But with an unusual twist player can act as either a Zombie or a Survivor throughout the game. However, their role can easily be changed by hitting the button that is shown at the top right-hand side of the screen.

If the player chooses to be a Survivor they will see the games 5 reels set upon a vibrant background showing casino tables and slot machines. But as a Zombie, they will find themselves on a dark deserted street hunting for their latest victims.

Despite the horror atmosphere that has been created here all the graphics are of a 3D high quality that players can appreciate as they watch the reels spin. And with its engaging storyline, the Lost Vegas slots game is proving appealing to many players of various levels

The lowest paying combinations are the typical 10 through to Ace symbols that are found in many slots games. They all have a chunky appearance and have been decorated with various delicate colors.

Other paying symbols in the game also include 5x Survivors and 5x Zombie characters. But as the players choose they will find that this reflects in the rewards that they will receive.

A games Logo symbol is used as the Wild feature and this can change any other besides the Scatter and other Bonus icons. However, with this, the player has more opportunities to create a winning combination and see their jackpot balance grow.

There is a Biohazard symbol that acts as the Scatter during the game and when 3 or more of these appear on the reels it will activate a Bonus Feature for the player to enjoy. Yet it depends on which mode that the player has chosen that determines what they will receive.

If the player is in Survivor Mode they will be able to take advantage of endless spins. During this time should a 10, J, Q or K symbol fall upon the reels it will be removed from the screen and a small pay-out amount is added to the current balance. This round continues until all the symbols have been cleared.

Should 3 Scatters appear when the player is in Zombie Mode then they will find them become stacked upon the reel and begin to “infect” and spread across the screen. Any Wild symbols that are shown will also become stacked to increase the player’s chances of creating a winning pay line.

When all the 5 reels of the game have been “infected” the round will end, or alternatively when they have been spun for a total of 50x. If this limit of 50x Free Spins is reached the player will also receive an additional cash prize before being returned to the main game.

There are two more Features that can appear at random times during this slots game and the first of these is the Blackout Bonus. At this point, the player will be rewarded with a cash prize for each Zombie or Survivor symbol that is shown on the screen. Also, should there be a Scatter symbol upon the reels then the Free Spins Bonus Round is activated.

The Zombie Fist of Cash is the second random Feature and as its name suggests a cash prize is given if this symbol appears during the base game.

As there are 243 different ways to win in this online slots game, Microgaming has set a wide betting range. Players can wager anything from 0.30 to 40.00 each time they set the 5 reels to spin. But before they can do that they must also choose whether to play in Zombie or Survivor Mode. It is a unique Feature that the designers have included in the game’s format and offers players with an entertaining element as they watch their jackpot balance grow.

No matter which role is chosen players can find plenty of ways to add to their winnings. They can find a Wild and a Scatter symbol to activate the Free Spins Bonus Round. Random cash prizes can also be won with the Blackout Bonus Round and Zombie Fist of Cash Features.

With such a variety of fun twists to the game, there may not be many players who will select the Auto Play button. However, if they need to be away from the screen for a while it is an option so the reels can be set to spin automatically. 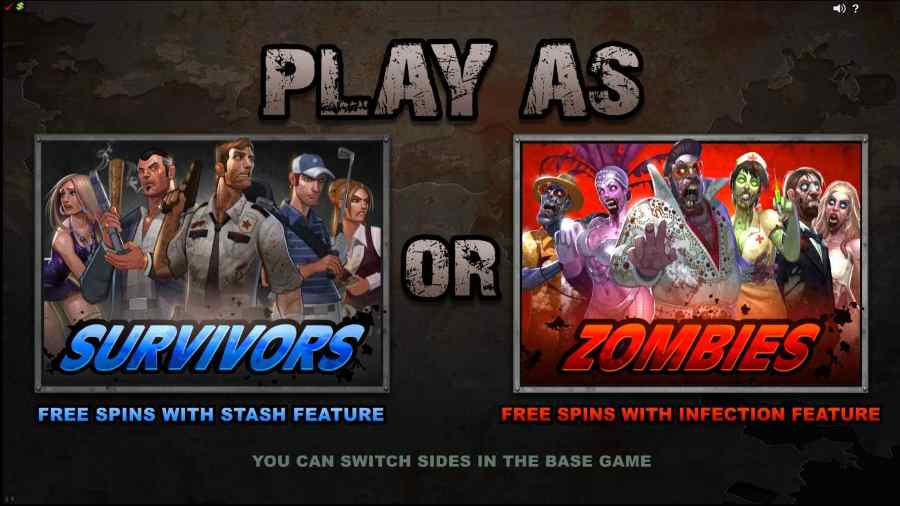 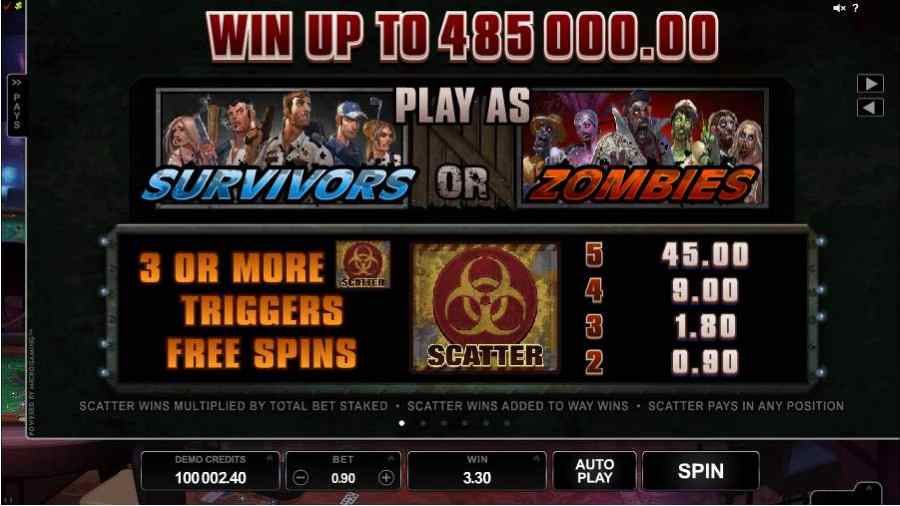 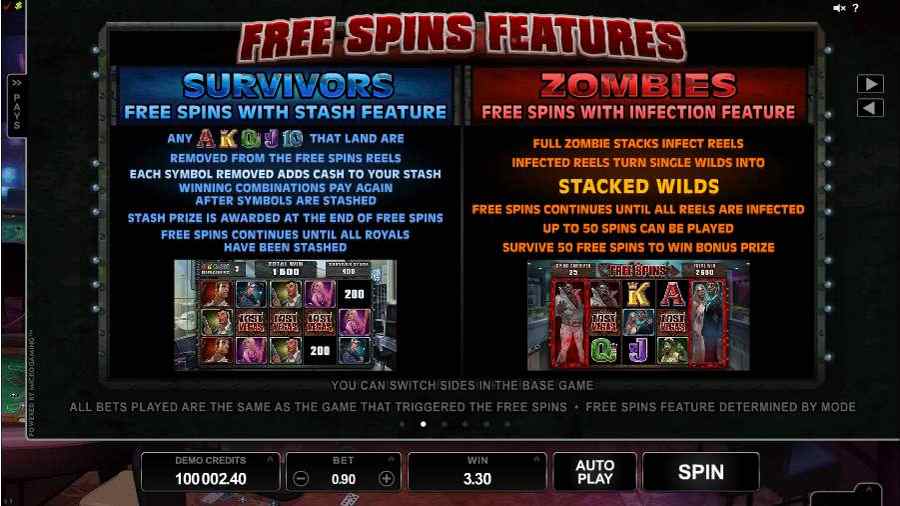 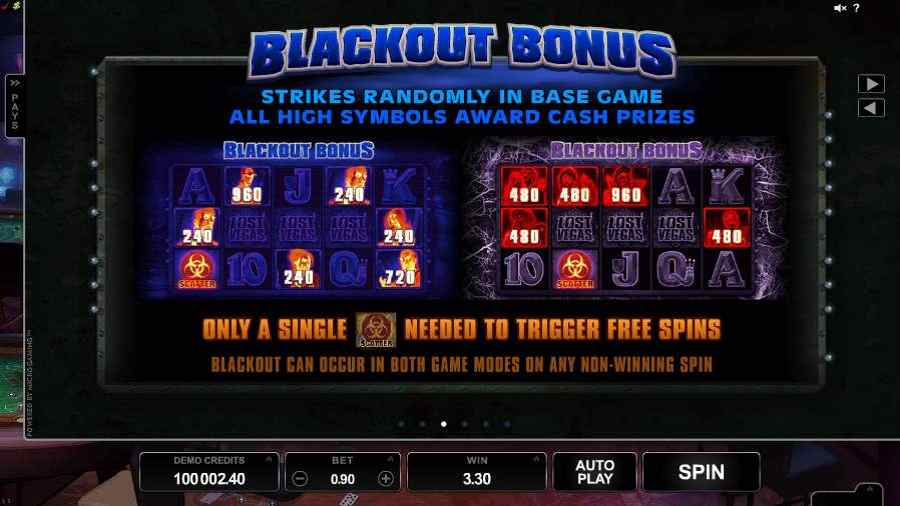