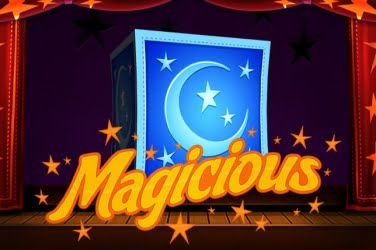 Lots of people enjoy going to the theater to watch a Magic act and that is the setting for this release from Thunderkick. Players can take their seats before the stage upon which sits 5 reels. Deep red curtains are draped on either side with bold golden stars. And the black background between makes the symbols appear as if they are being levitated during play.

A Male Magician stands to the left while his beautiful blonde assistant can be seen at the right of the screen. These provide a fun animation to the game when one of the 10 winning combinations is found as they wave their wands to zap away all the symbols that created it.

Some jazzy music plays in the background throughout this online slots game which adds to the theatrical atmosphere. And the designers have gone one step further by including a dramatic drum roll each time a win is located across the reels.

It doesn’t matter is players are accessing this game via a Desktop, Tablet or Mobile device as nothing is taken from the high-quality graphics that can be expected from Thunderkick online slots. They have also provided a simple format and given the Magicious slots game a classy look which has proven appealing to various players since its release in July 2015.

Different colored boxes make up the lowest paying symbols and their hazy hues are enhanced by the dark background upon which they are set. They include a Blue Crescent, a Pink Star, a Yellow Sun, an Orange Star and a Green Planet. Bold Stars provide a higher reward, one is colored in Red and the other is Blue.

Wild – only found on the 2nd, 3rd and 4th reels this symbol is a glowing Purple Sphere. As with all the symbols it can land stacked across the screen so that there are more chances for players to create a winning combination. Unfortunately, this is the only Bonus Symbol but the game’s designers have also used it to activate its single additional Feature.

For each Purple Sphere Wild that appears a Re-Spin is rewarded to the player. This can mean some big wins if the player is lucky enough to land all 3 across the reels and is certainly something to attract those who are wagering the maximum amount. Not only this, but players will also see the Wild symbol expand to fill the reel during the round which allows for further winning possibilities in the Magicious slots game.

Each of the 10x structured pay lines needs to be in play before this online slots game can begin. However, there is a wide betting range which spans from just 0.10 and up to 100.00 so both low and high rollers can enjoy this Magical game while they watch the reels spin. Wins can also be created in either direction so players need to keep an eye on both sides of the screen.

Unfortunately, the Purple Sphere Wild is the only distraction from the base game but it does provide players with a Bonus Feature when it appears on the reels. They land often and help to keep the pace of the game going. And as the Thunderkick designers have included Expanding and Sticky Wilds during its Re-Spin Feature there are plenty of chances for players to increase their jackpot balance.

As there are none of the usual Features such as a Progressive Jackpot, Gamble option, Multipliers, Free Spins or Mini-Games in this slots release regulars who want more of a thrill may be left feeling disappointed. However, it is ideal for beginners to online gaming as its basic format is easy to follow rather than some of the more complex offerings that are available. Plus the low variance of the Magicious slots game means that players don’t need to risk much of their budget before starting to see their initial stake increase.

If players aren’t enchanted by the Magic on stage they can always opt for the AutoPlay Feature. This simply means that the game’s reels can be allowed to spin automatically for either a certain amount of times or until the maximum wager is reached. So players can be busy away from the screen doing other things with the opportunity to return to a decent jackpot balance to cash in if luck has been on their side.

– Try Magicious here with a free spin or visit Thunderkick Casinos to play for real money. 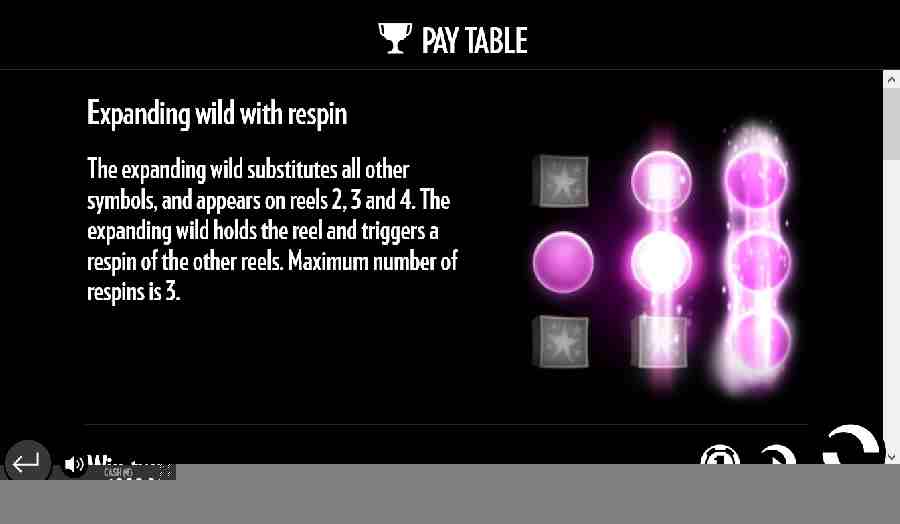 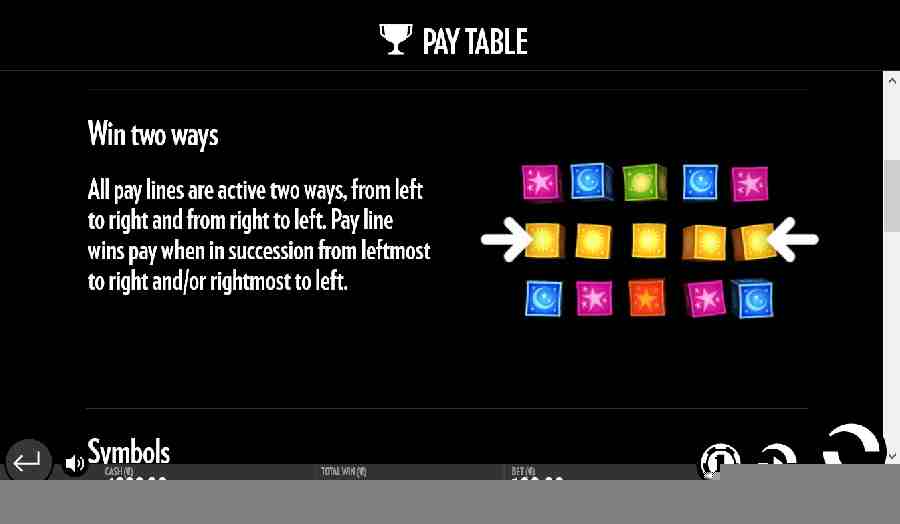 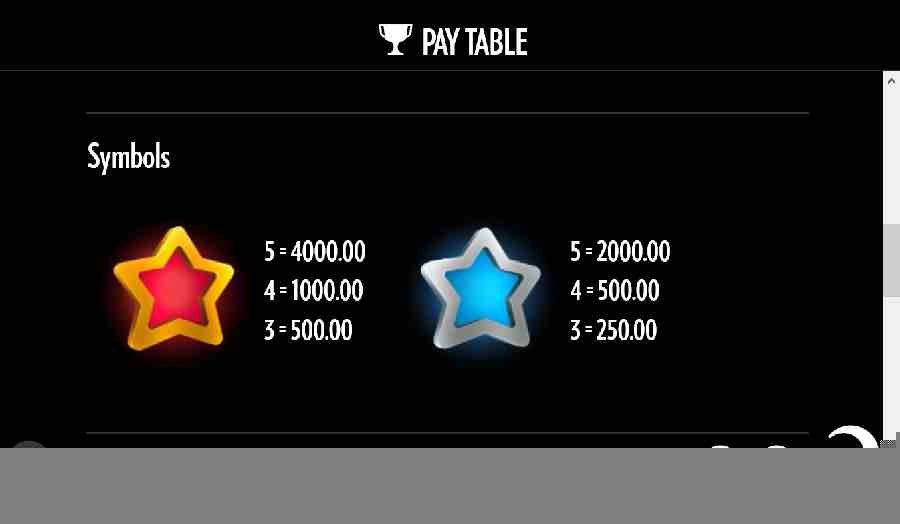 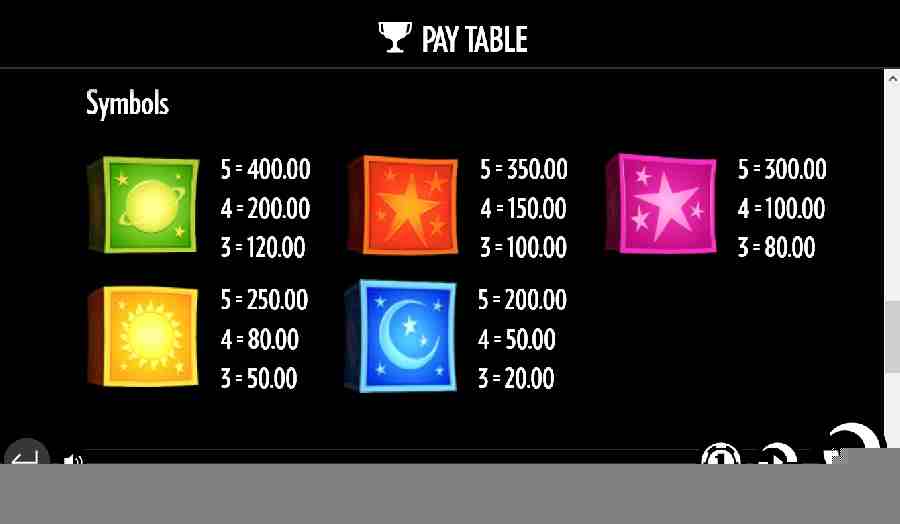 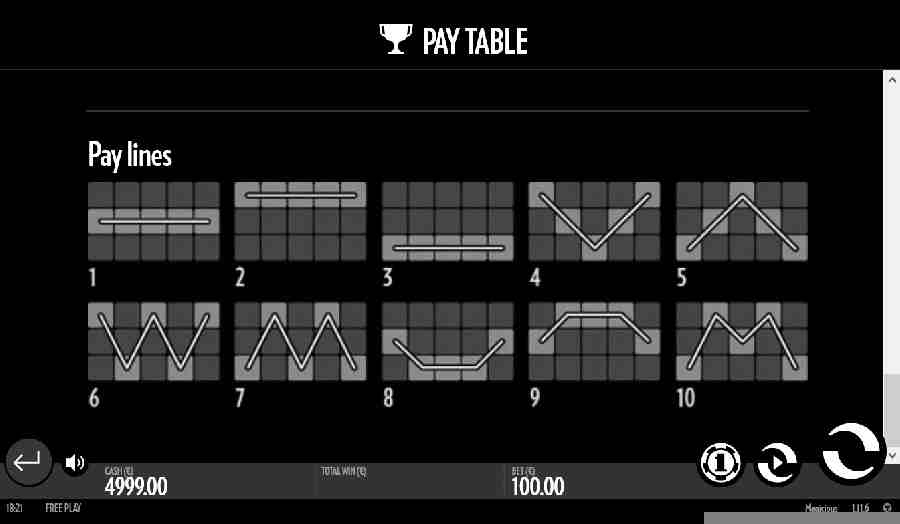 Magicious is a 5 reels, 10 paylines video slots game from Thunderkick software platform, it has a magic theme, and features Expanding wild with Re-spin, Win two ways and has a maximum jackpot win of £/€4000