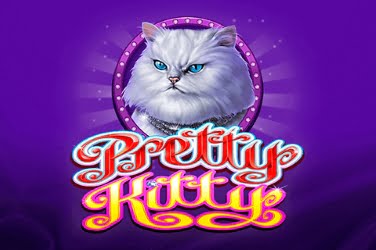 The Pretty Kitty slot game has been released by Microgaming and can be enjoyed on any mobile platform. Although it is compared to the IGT Kitty Glitter slots game by regular players, this particular example uses sharper graphics and it has a more modern feel.

As the title of this slots game would suggest it is themed on a set of pampered Cats wearing diamond collars. Their images are used as symbols upon the 5 reels, along with different colored Gems to complete the scene.

Players will find the 5 reels of the game set with an ornate golden frame with diamonds at each corner. It is placed upon an elegant satin looking a deep blue piece of fabric, with the Control Panel at the bottom of the screen.

Sadly the dull background music does let this mobile slots game down, although with 243 different winning combinations there are numerous chances for players to increase their jackpot figure.

The lowest paying symbols included in this game from Microgaming are depicted as different colored Gems. They are shown brightly in Red, Orange, Yellow, Blue and Green shades and are in keeping with the pampered Kitty theme.

5 different Cats are used as symbols in this slots game. Players will find a White one, a Grey one, and a Ginger Cat. There is also a Tabby and a Siamese Cat found on the 5 reels. These are all important symbols when players begin the Pretty Kitty slots game.

All the Cat symbols are stacked upon the reels of the game. Yet it is when the 1st reel is filled with the same icon that players can benefit further. If they are included in a winning combination at this point then they will also expand across the reels to create more chances of adding to the payout amount.

When the Cats are found on the screen as part of a winning combination then they become animated. This addition to the fun atmosphere that players can enjoy in this online slots game.

The games Logo is used as the Wild symbol and is able to change any symbol other than the Scatter. In addition to this, it will also become stacked or expanding should they be included in the Free Spins Bonus Round.

15x Free Spins are given to players if 3 or more Scatter symbols are found upon the screen. These are shown with a Diamond Necklace and the Bonus Round can be triggered if more a spun.

During the Free Spins, players will find the Wild Logo symbol stacked upon the 1st of the 5 reels. Yet any further which may appear will become expanding to provide further chances for players to add to their initial wager.

This special Bonus Feature is also available when any of the Cat symbols are spun during the game. They will also expand to help create more winning combinations.

This is a mobile slots game that proves appealing to both high and low rollers. Microgaming have set the coin denomination at just $0.01 to $0.50. This means that players can wager as little as $0.30 and up to $75.00 on each spin.

Although there isn’t a Progressive Jackpot or a Mini-Game included in this slots format, the Wilds and Free Spin Bonus Round more than compensate for this. With the lack of distractions, beginners can also find this online slots game enjoyable as they familiarize themselves with Microgaming casinos.

Should a player choose, there are various setting choices which can be altered when in Auto Play. These include opting on the speed in which the 5 reels spin, the volume of the music, and the coins that wager.

When the player is in AutoPlay there is also the opportunity to allow the reels to spin automatically. Meaning that gamers can be less interactive with the game while allowing its numerous Bonus Features to increase their winnings.

There are 243 ways to win in this slots game with its various symbols. Allowing players higher chances to create a winning combination.

The Pretty Kitty slots game has a RTP of 97%, which makes this Microgaming offering popular with gamers of all levels. It’s fun element found in the animated Cats which appear on the screen and the Wilds and Scatters which are stacked upon the games reels. 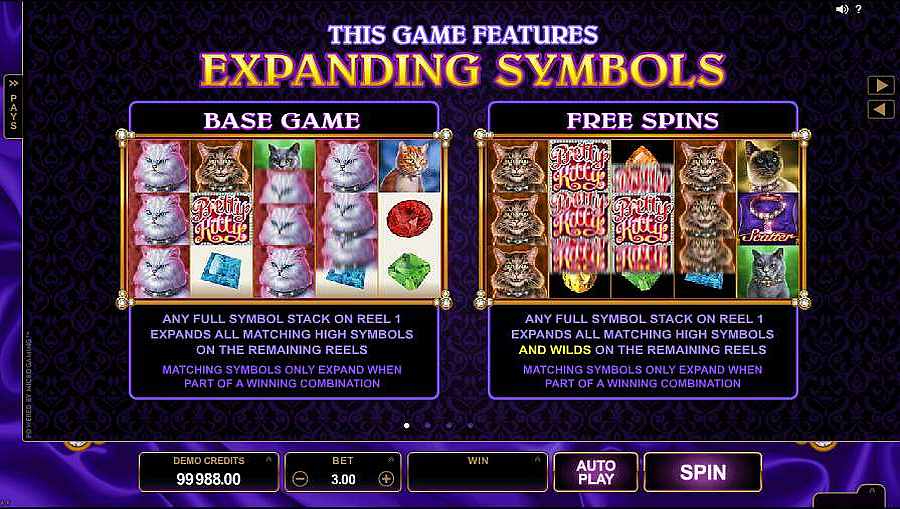 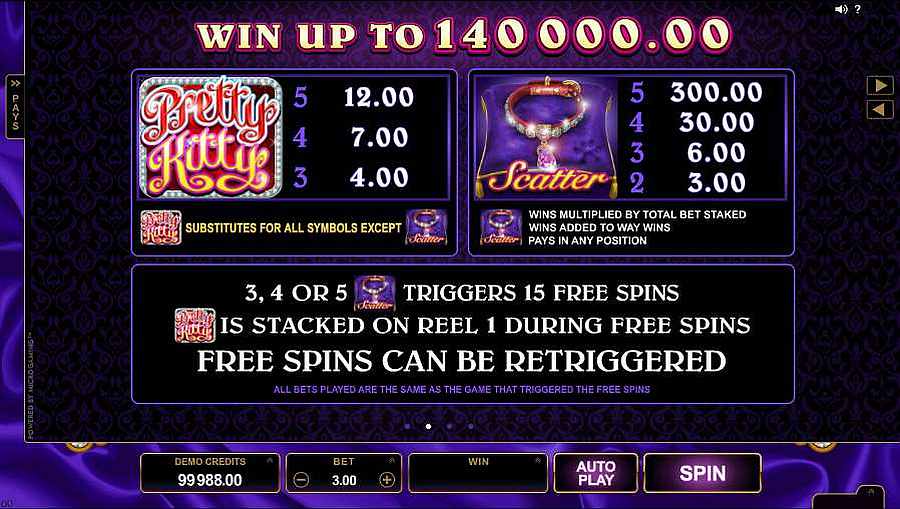 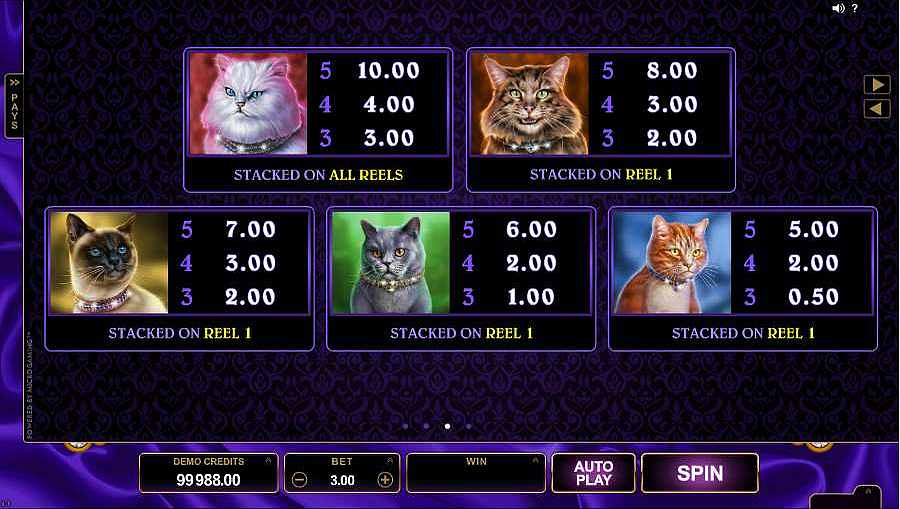 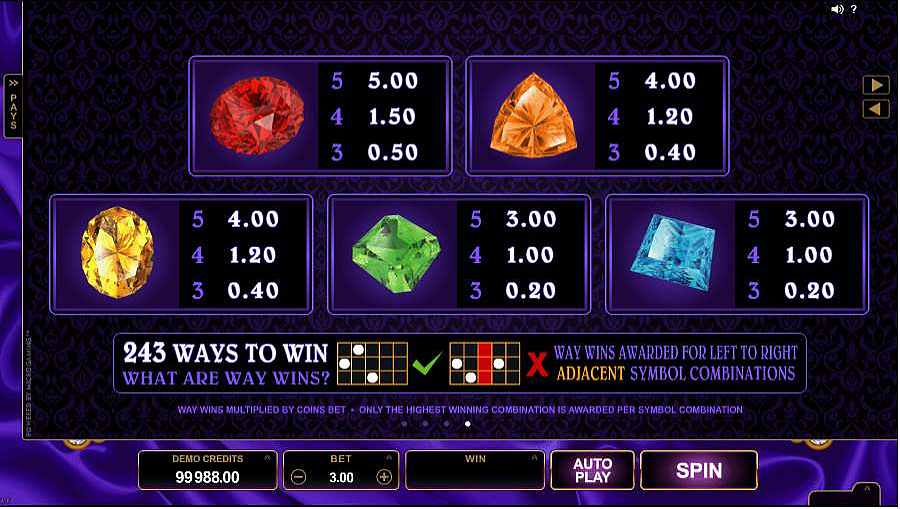 Pretty Kitty is a non-progressive 5 reel 243 ways pay-line video slot game from microgaming, it has a Feline theme, and comes with a wild symbol, scatter symbol, free spins and has a maximum jackpot win of $70,000