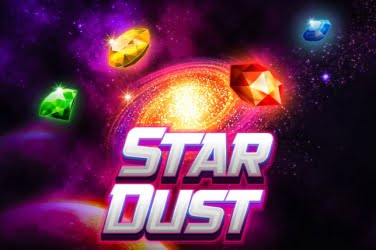 Players are taken to outer space in the Stardust slots game. Released by microgaming its design has a retro feel which some may compare to old style arcade games. The dark background shows moons and planets, while the 5 reels are set within a purple frame. Star Dust slots has a Science Fiction theme and players can enjoy some relaxing and soothing music throughout the game.

Many players may consider the graphics rather basic in the Star Dust slots game as it doesn’t appear as much imagination has been used in its creation. The reels are stacked with 4 different colored Gems which are Orange, Yellow, Blue and Green. But the only other symbols are the typical 10 through to Ace which are often used in online slots games.

The Stardust Logo is used as the Wild symbol in the game and there is a swirling Galaxy icon which becomes a Scatter when it appears on the 3rd reel.

As with many Microgaming online casino games the Star Dust slots game has 5 reels and 4 rows. Across these there are 40 winning pay-lines to be found, which increases to 1024 ways to win when in the Free Spins Bonus Round. Ensuring that the game is appealing to players of all levels.

There are few features to be found in the Star Dust slots game, however players will not be left disappointed by what is still on offer. The Star Dust Logo Wild is stacked across the 5 reels of the game and can replace any other symbol. This can ensure that there are more winning combinations to be added to the player’s final jackpot amount.

Rather than the conventional Scatter symbol the Star Dust slots game uses the Gems to generate the Free Spins Bonus Round. If the Galaxy Scatter appears on the 3rd reel of the game then one Gem from each reel is added to the collection which shows on the right of the screen.

When players have filled the Gem meter then they are awarded with anything from 10 to 13 Free Spins. A random cash amount is also added to the jackpot balance. During this Bonus Round there are 1024 winning combinations which players can take advantage of and there is another additional feature to help increase the pay-out figure even further.

As players enjoy the Free Spins they also have the chance to activate the Radiant Re-spins Bonus Feature. Should players create a winning payline of 3 matching symbols they can then re-spin the 4th reel. If they are fortunate to create a 4 symbol win then the 5th reel can be spun again. Due to the Wilds still being available at this stage of the game there are plenty of opportunities for players to add to their winnings with this feature of Star Dust slots.

The first thing that players must do before the game of Star Dust slots begins is decide how much to wager. In the base game there are 40 winning pay-lines which can be activated but there is a set coin amount of just 1 that can be placed on each.

As the coin denomination starts at just $0.40 this can prove appealing to low rollers. However the maximum wager allowed in the Star Dust slots game rises to as much as $100.00 for each spin which makes it popular with those who prefer to make a higher wager.

Once the 5 reels of the Star Dust slots game are set to spin the player can watch to see if the Bonus symbols are revealed. Should they appear players have more chances to create a winning combination to add to their jackpot balance.

Players can find stacked Wilds, a Galaxy Scatter, Free Spins and Radiant Re-Spins in the Star Dust slots game. The added task of collecting Gems adding to the fun of this game from Microgaming online casinos.

However there are no Multipliers, Gamble Feature or Progressive Jackpot included in the Star Dust slots game. While this may deter regular players who prefer a faster passed game, beginners will enjoy the relaxed atmosphere that has been created.

Yet there are players of all levels who find the Star Dust slots game appealing. Offering a low coin size for lower wagers while providing various ways in which players can increase their winning amount. 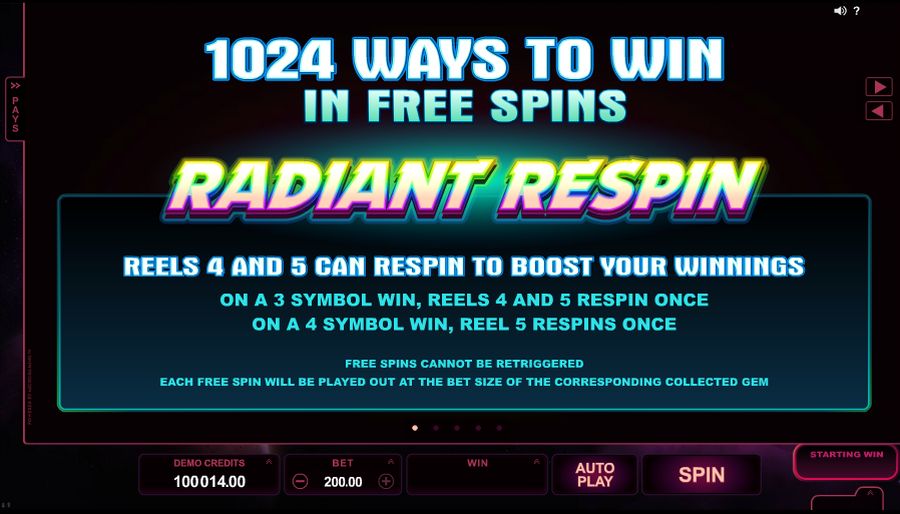 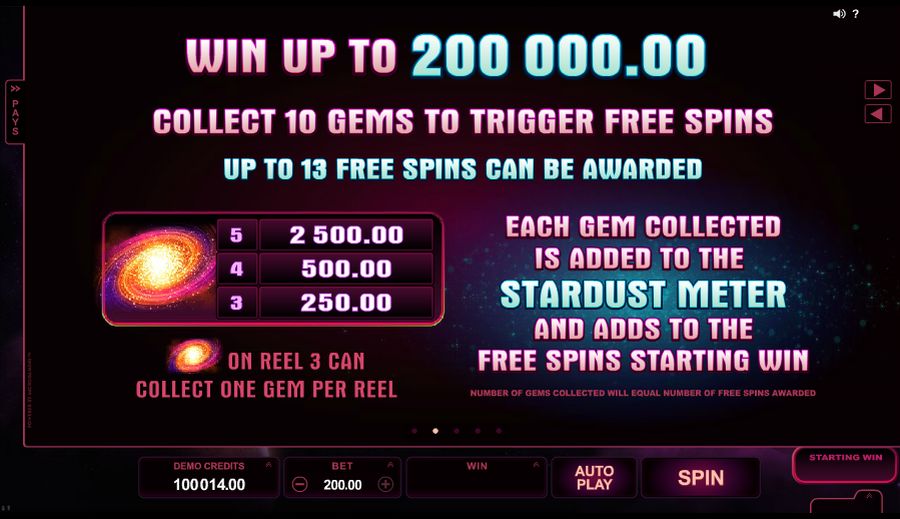 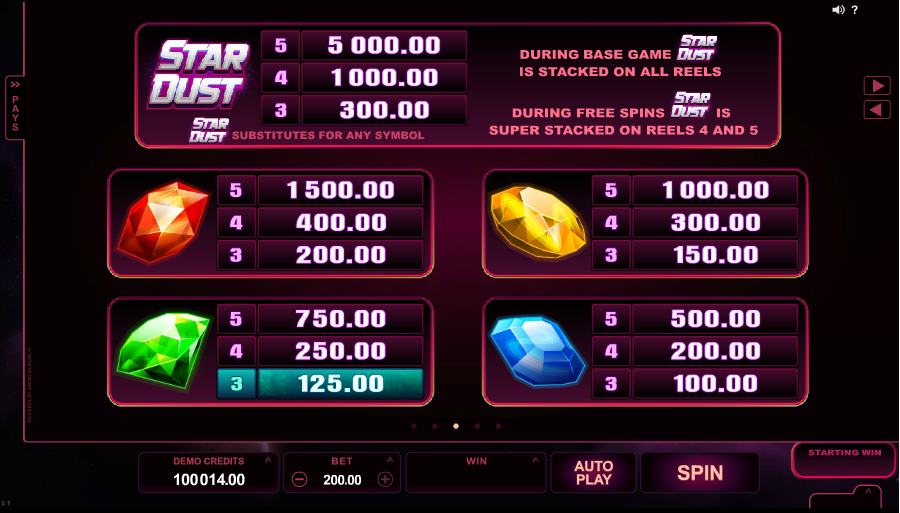 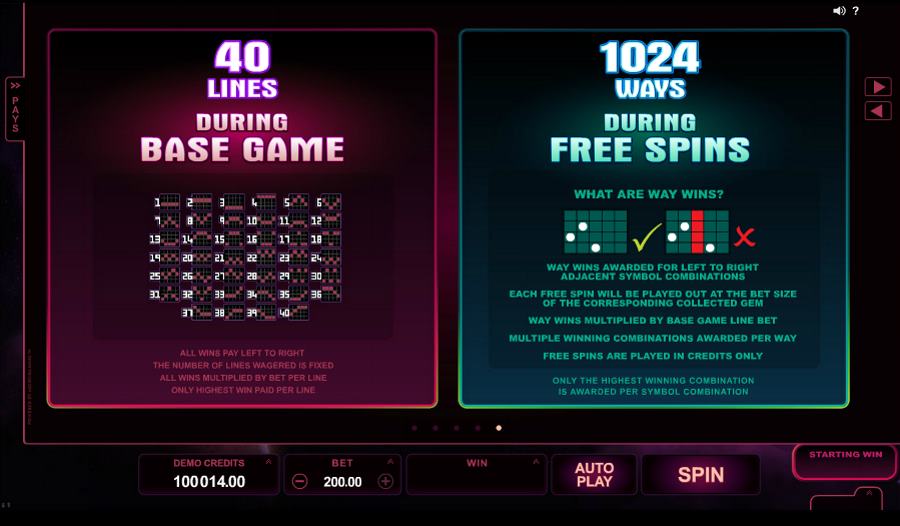 Stardust is a non-progressive 5 reel 40 pay-lines video slot game from microgaming, it has a Science Fiction theme, and comes with a wild symbol, scatter symbol, free spin and has a maximum jackpot win of $250000