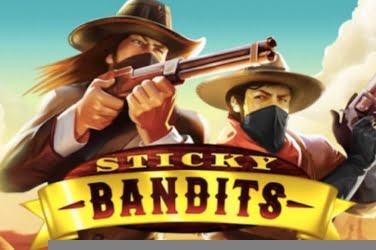 Although there are numerous casino games with a Wild West theme this creation from Quickspin has a twist to the usual story line that has often been used in the past. Here players can join a gang of desperados who are chasing a runaway train in a daring heist. In turn using the games features to add as much as they can to their initial wager.

Players will find a 5×5 grid that has 30 different winning combinations which is set within a black frame with an impressive looking crossed rifle and logo symbol at the top. There is a desert scene in the background with rocky outcrops and a cactus baking beneath the suns hot rays. The railway track that the Bandits are following spreading out into the distance to the left of the games reels.

Sticky Bandits is a slots game that can be enjoyed across all devices including Desktops, Tablets and Mobiles. So it can be easily accessed with a smooth game play and realistic looking 3D graphics even if the player is away from home. The Country and Western music track and appropriate sound effects enhancing the atmosphere of the game. And with Massive Wilds, Free Spins and “sticky” Wilds there is plenty to keep players entertained while they try to reveal the cash prizes on offer as they travel across the hot sands.

Designed in Western-style italics are the J, Q, K, and Ace card symbols, all beautifully decorated in different glistening colors. Along with these there is also a Bag of Gold Coins symbol to be found and some sticks of Dynamite. All of these images can be included in winning combinations and help to increase the players jackpot balance.

There are 2 Male Bandits included as symbols in the base game, one of which is menacingly holding a pistol in his hand. They are joined by a Blonde Female Bandit symbol and it is she who rewards players with the highest pay out amount. If 5x of this symbol is spun at any time players will be rewarded with 200 additional coins which can result in a decent win if the reels fall in their favor.

Wilds – 2x more Male Bandits take on this impressive role but they can only land on the 2nd and 4th reels of the game. However these are Massive Wilds and so fill two positions which doubles the players chances of creating a winning combination. Not only this they can substitute all other symbols on the screen including the Scatter symbol which is a unique twist to the games format.

Scatter – this has been done in a blue and gold design and is a Train “Bonus” symbol. Players can only find this on the 1st reel of the game but when a Male Bandit Wild also appears on the screen an additional Feature will be activated.

Free Spins – when a Train “Bonus” along with either of the 2 Wild symbols land on the games reels the player is rewarded with 7 Free Spins. Other Features also come into play during this point of the game as the Wild will become “sticky” and therefore provide more chances to create winning pay lines. And should another Wild be found this will again remain in play until the end of the Bonus Round.

Unfortunately, this Free Spins Feature can’t be re-triggered but there are still numerous chances for players to add to the original wager that they placed before they are returned to the base game.

August 2017 saw the release of this online slots game and Quickspin have ensured that is appealing to both low and high rollers. For those with a limited budget they can wager as little as 0.15 before hitting the Spin button. Or as much as 90.00 can be placed if the player has a more in their bank balance. However, this is rated as a Medium to High variance game so it is wise for players to be cautious if they want to chase the bigger wins.

There is a Control Panel at the bottom of the screen which allows players to set this casino game to their own preferences. This can either be the music’s volume or the speed of the reels. And for those who wish to allow the game to continue with less interaction players can also find an Auto Play button.

It may be hard to reach the big wins in this online casino game but it does offer a higher than average RTP of 96.58%. Something which is already enticing players to their own Wild West adventure in the Sticky Bandits slot game. 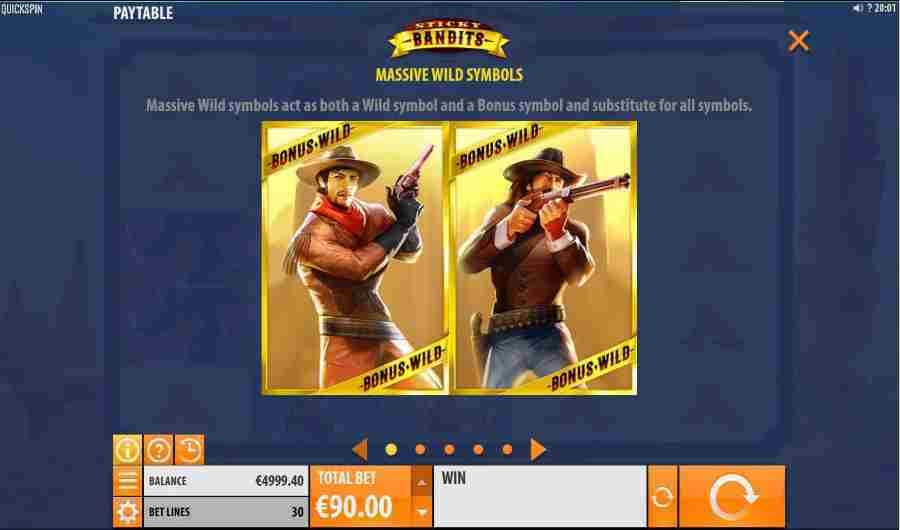 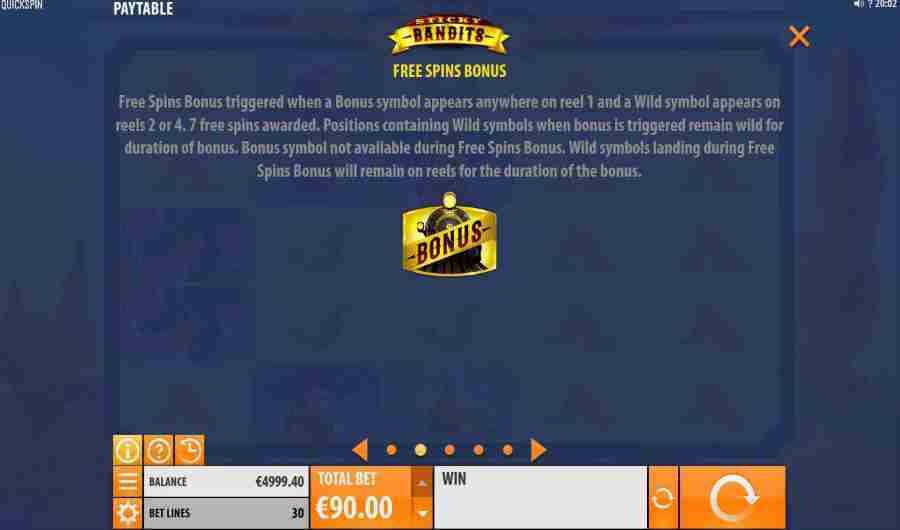 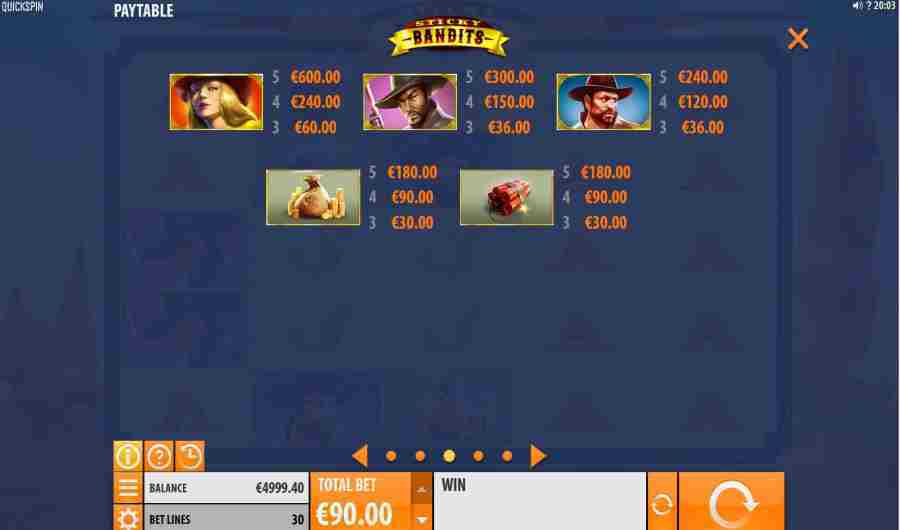 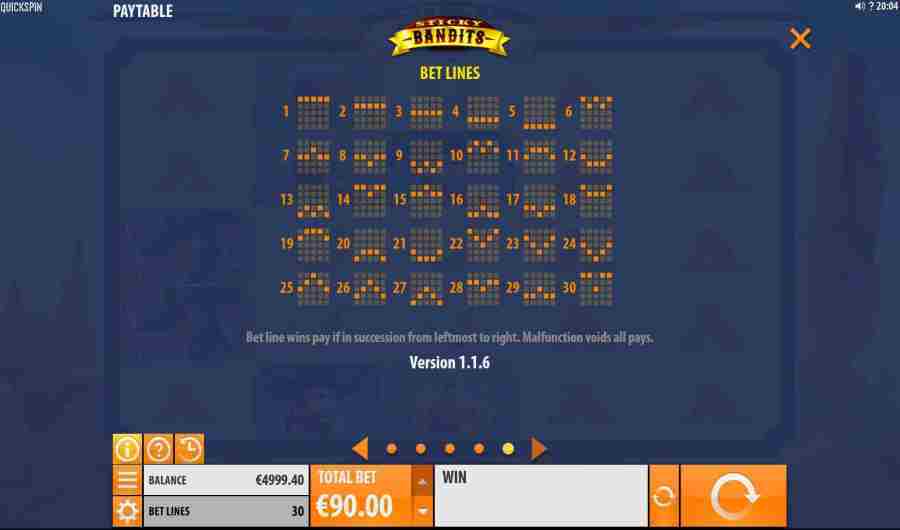 Sticky Bandits is a non-progressive 5 reel, 5 row, 30 pay lines video slot game from Quickspin, and has a western theme. The game features Massive Wild Symbol, Free Spin Bonus and has a maximum jackpot win of 739x your bet