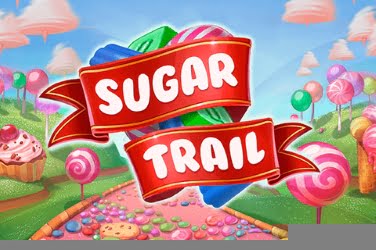 Some players may need to have their teeth checked if they become absorbed in all the sweet treats that are on offer in this online slots game. In this particular release Quickspin have created a fantasy world filled with giant ice cream cones and candy floss clouds. Upon this is the frame which encases the games 5 reels with candy canes pillared on either side.

Colorful pennants are strung across the top of the reels while a sea of various candies fill the bottom of the screen. Although the design of the symbols are quite basic there is a cute feel to the game with the pastel shades that have been used.

There is plenty on offer for players to take advantage of with this slots game. They can find a Wild and 3x different Scatter symbols all of which activate their own Bonus Feature. And Quickspin have ensured that players can access the Sugar Trail slots game whether they are on a Desktop, Tablet or Mobile device.

The delicately designed 10 through to Ace symbol are the lowest paying on the reels, all differently colored in gentle hues.

For higher winning combinations players can find some Rock, a Wine Gum, a Red Stripy Humbug, a Fruit Pastille, and a Gold Wrapped Toffee.

Wild – a gold “Wild” is used here upon a background of candies. When this appears on the reels it will change other random symbols to provide players higher chances of creating a winning payline. The only symbols it is unable to change are the 3x Gummy Bear Scatters which can also be found throughout this online slots game.

Scatter – there are 3x Scatter symbols which are shown as Gummy Bears. There is the Purple King, the Green Queen and their son the Blue Prince. They appear on different reels and all have their own Bonus Feature for players to enjoy should they be lucky enough to activate them.

Wild Candy Free Spins – the Purple King Gummy Bear Scatter needs to appear on the 1st, 2nd, and 3rd reel for this feature to be activated. Now the reels are spun again to determine how many Free Spins will be awarded, which Multiplier the player will receive on any winnings and how many Wilds are to be added to the reels during this Bonus Round.

As the round begins the King becomes animated to toss further Wilds into the candy mix which provides a further fun element to the game. During this feature the Wilds can be seen “flying” across the reels, landing on other random symbols to change them for more chances to create winning combinations.

If the player is lucky enough they may also reveal the “+1 Spin” symbol while enjoying this additional feature. Meaning that 1x extra spin is added to the amount that the player has left.

Sugar Trail Bonus – this feature comes into play when the Green Queen Gummy Bear Scatter symbol is found on the 2nd, 3rd, and 4th reel. The Bonus Round is then decided the same way as with the King, including the chance to locate the “+1 Spin” symbol.

However the Wilds work differently in this part of the game, becoming “sticky” and freezing in place until the Free Spin Bonus Round ends.

Sugar Cash Bonus – when the Blue Prince Gummy Bear Scatter symbol appears on the 3rd, 4th, and 5th reel players will activate this Bonus Feature. Here players are rewarded with various Multipliers and Cash Prizes to be included in their total final balance.

Even though there are 40 pay-lines combinations to be found in this online slots game the minimum wager has been set at just 0.20. However this can be raised to 100.00 for each spin, which means that the game is proving appealing to both high and low rollers from around the globe.

Quickspin have provided players with a “Wild” symbol and 3x Scatters for them to take advantage of. And when the Bonus Features are activated they can enjoy Free Spins, Multipliers and either Flying or Frozen Wilds throughout these rounds. All of which can help players to add to the initial wager that they placed.

There is the opportunity for players to activate an Auto Play feature if they need to be away from the screen or prefer to be less interactive with the games software. This means that the reels can be set to spin for a certain amount of times or until the maximum wager is reached.

With a RTP of 96.50% and numerous chances to create winning combinations there are players from around the globe who are enjoying the Sugar Trail slots game. 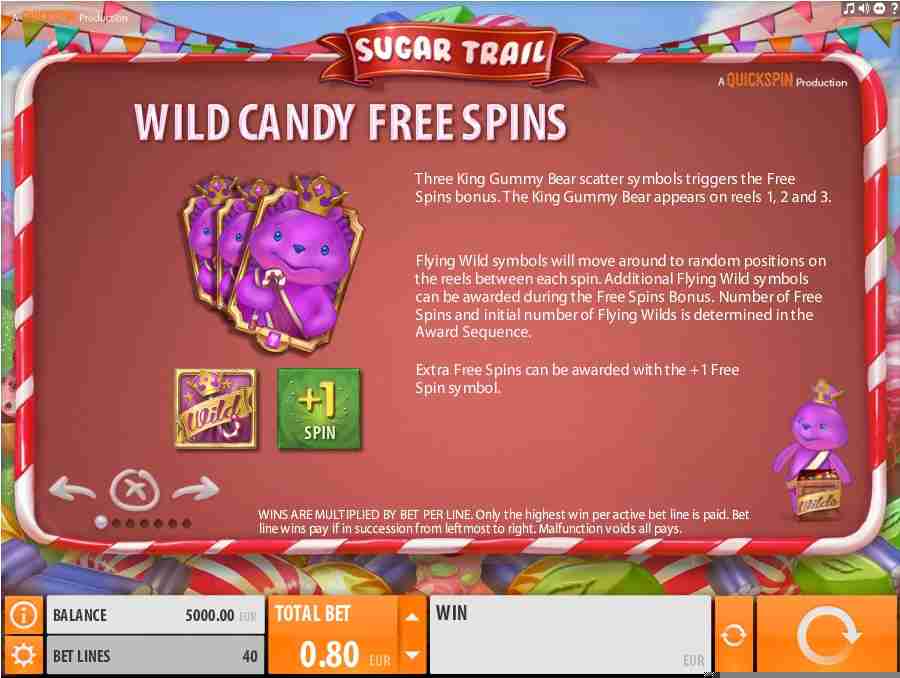 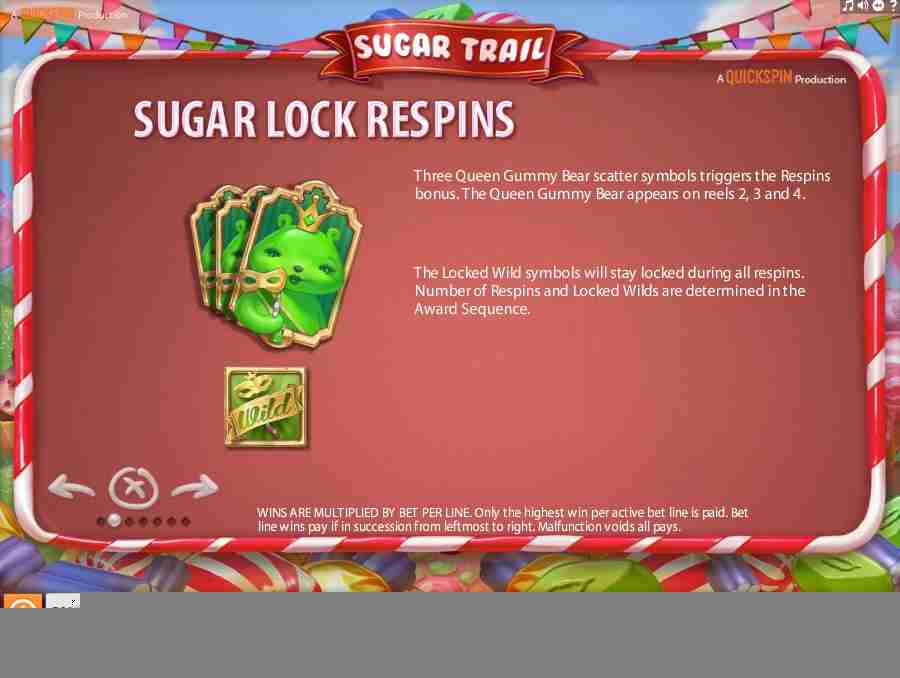 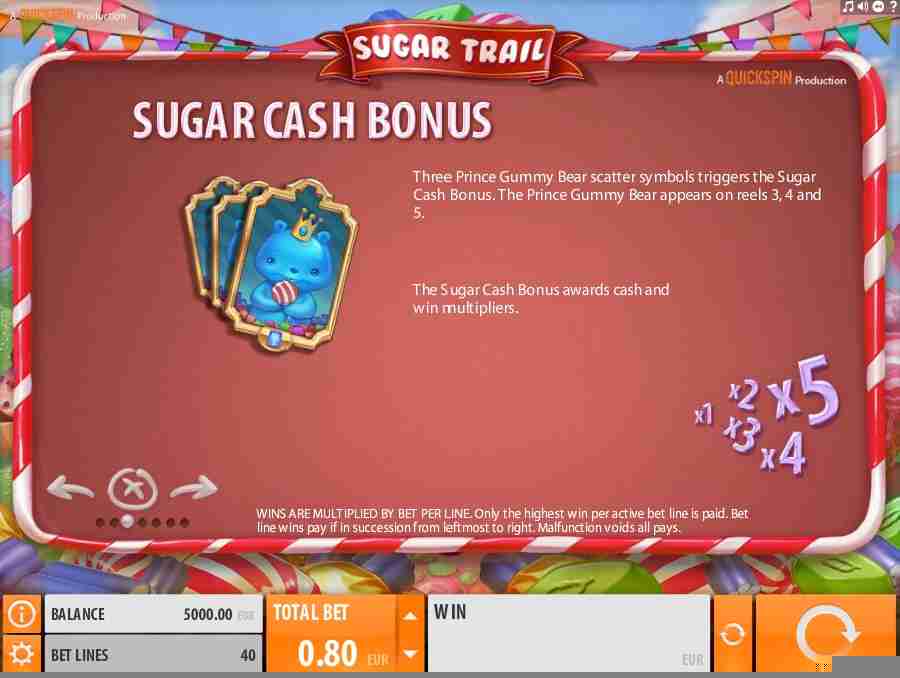 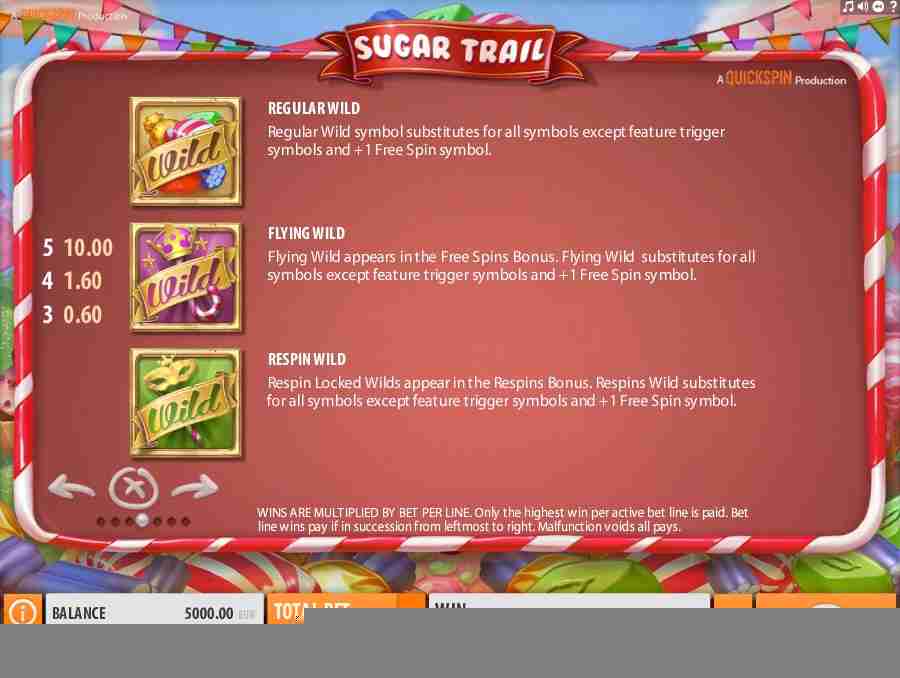 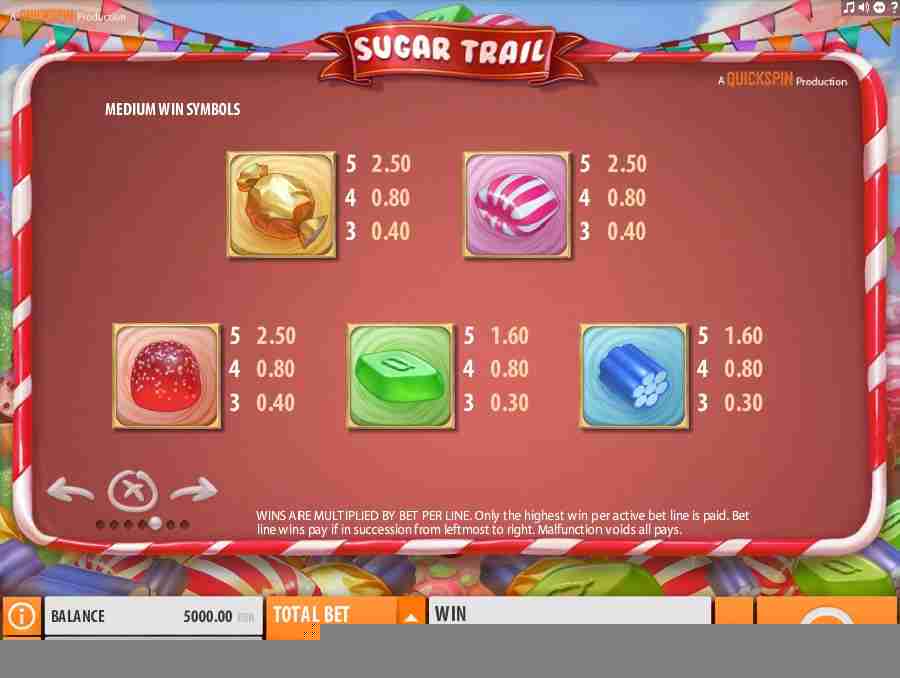 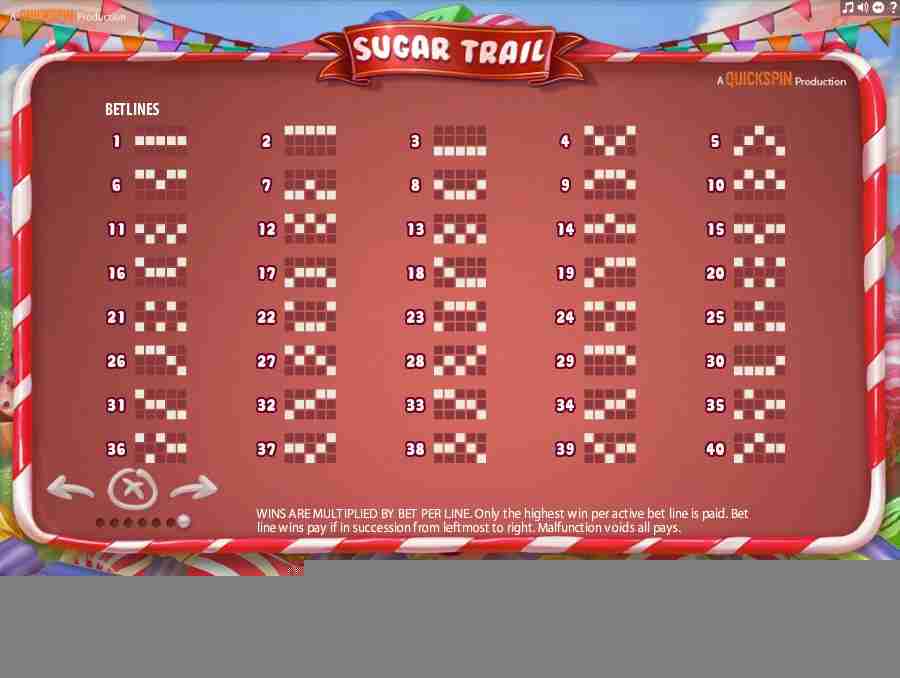