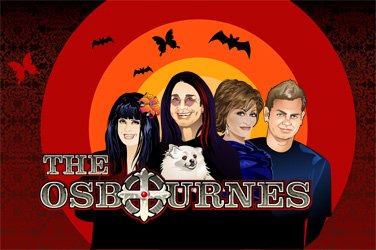 This game is a 20 pay-line, 5 reel slot machine game provided by Microgaming. It has several high coin jackpots! With a max bet of 10 coins and loads of bonus features, this game is extremely engaging. To test it out, it can be played online without having to download it.

It features the entire Osbourne family—Ozzy, Sharon, Kelly, Jack, and their dog, Mini. As their TV show and other specials portray, the Osbournes are a crazy, energetic family, and that energy is definitely reflected in this game. The game has humorous graphics and lots of fun surprises. Since the Osbournes are a generous family, this game reflects that by providing free spins, bonus games, and great payouts. It also has a few wild pieces that increase the chances of winning.

The game includes rock music and general slot noises as players move through the game. It even has a little guitar solo and the cartoons move when winning more credits. The rock music, overall rock theme, and bright colors all give the game a lively feel that makes players want to keep playing.

This game has four major bonus features. Each one makes the game an exciting slot machine experience.

Free Spins. First, Osbourne’s dog, Mini, will provide free spins when at least three of her symbols appears. She is the scatter symbol of the game. If three Minis appear, then the player qualifies for 10 free spins, with a 2x multiplier if the player wins on those spins. If Mini appears on the second, third, or fourth reel, then it will move to the side to award the free spins. This is one of the first on-screen slot trail bonuses, with four progressive payout levels.

Knock Knock Bonus. If three or more doorknockers show up during the spin, then the winnings are up to 100,000 coins. It will also trigger a bonus round where one of the scatters will be available. Each scatters has a multiplier applicable to each spin. The Knock Knock bonus also has a mystery multiplier that is applied at the end of the round.

Grab a Gift. The Grab a Gift bonus is a random bonus that lets players pick a gift by using the stop button. Each gift has a multiplier, with the highest being 30x for one particular spin.

The Wilds. The wild symbol in this game is Osbourne’s logo. It will take the place of any other symbol (except the scatters). If five of these symbols appear, then there is a payout of up to 15,000 coins.

Gameplay is relatively simple. Just pick the bet per spin using the controls on the bottom. Adjust the playing level from 0.01 to 0.50. Credits are displayed on the left, the bottom of the screen. Pick the number of lines, coins to play, and the total bet, and then hit SPIN.

Other than the actual spinning, the Grab a Gift Bonus allows players to actively participate in a bonus game by pressing STOP on the desired gift. Each gift has a different multiplier, with Ozzy’s being the biggest at 30x.

For gamers that are sick of the same old boring slot games, this exciting game is refreshing because it actually holds a gamer’s attention. The bright colors, rocking sounds, and massive payout make this game one of the better online slot machine games. 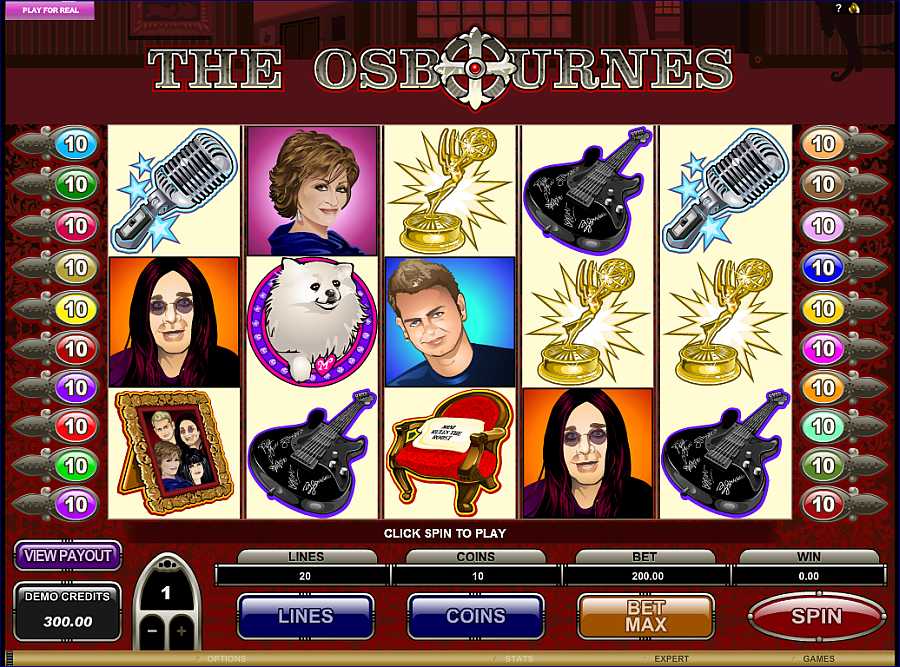 The Osbourne s is a non-progressive 5 reel 20 pay-line video slot machine game from microgaming, it has a Osbourne’s theme, and comes with a wild symbol, scatter symbol, multiplier, free spins and has a maximum jackpot win of $75.000