There is an old fashioned look to the graphics that have been used in this Yggdrasil creation. However this is the 3rd in the series of Jokerizer games that the company have released since 2014. This is reflected in the 3D animations that have been used to ensure that players are fully engaged throughout the game.

Players will find themselves traveling along some wooden boards to reach a closed curtain to the Circus which is part of the games theme. There are also some evil laughter which can be heard in the background as well as some chilling music.

Available on all Mobile devices players won’t be disappointed by the highly defined and crisp colors that fill the screen. So if players aren’t afraid to face the scary Wicked Circus slots game there is plenty on offer for them to enjoy.

The symbols which can be found across the reels of this online slots game include a Lemon, Cherries, and some Grapes as the Fruit Symbols. Along with these there is a Red 7 symbol, a Bell, and a knife throwing Target.

The main character is the Joker, who has been given rather a scary look to add to the creepy feel of the game. It is also the Bonus Symbol upon the 5 reels and will activate various Features when they are located during play.

A Jokerizer Mode has been included in this slots release and is something which is becoming a popular Feature for regular players. This will be activated at random after a winning combination has been found.

After each winning spin players will see the amount added to the Jokerizer Meter which is shown at the stop of the screen. Here players will see enhanced reels with the chance to allow them to spin at the cost of 20 coins. Or alternatively they can opt to collect any balance that may have already been accumulated until this point.

Only 2x Joker symbols are needed during this Bonus Round for players to be able to collect additional rewards. However even in the base game the same will apply if there are 3 or more across the reels. Depending on how many are revealed will determine the random amount that is received.

Should a player receive at least a 500 coin winning amount then they will be returned to the base game. Yet it is possible to cash out the jackpot balance at any point by hitting the “Collect” button.

While playing in the Jokerizer Mode if 2x more of the Jokers appear on then the players is able to opt to select the Hold Button that is included upon the Control Panel beneath the reels. Players will then see the symbols remain frozen in place for 1x additional spin at the cost of 60 coins. It is a further unique feature that Yggdrasil have incorporated within Wicked Circus slots games design.

To ensure that this online slots game is appealing to both high and low rollers the coin denominations that have been set range from 0.01 to 10.00 on each spin. However it is recommended that all 10 paylines are kept in play at the maximum amount to create a larger winning jackpot balance.

Some regulars to casinos may find that there are few Bonus Features in this offering from Yggdrasil. This is a Non Progressive slots that doesn’t boast a Wild, or a Scatter symbol as such. So there are no Free Spins, Mini-Games or a Gamble Feature although there is still plenty of chances for players to increase their winnings.

With up to 6000 coins on offer through the Jokerizer Round and a RTP of 96.30% players of all levels can enjoy the thrills that are included in its layout. The story line has been well thought out and the spooky atmosphere adds to the fun during play.

There is also an Auto Play Feature that players can take advantage of if they need to be away from the screen. By altering the settings the reels can be spun automatically, either for a certain amount of times or until the initial wager is reached.

Released in April 2016 players from around the globe are visiting the Wicked Circus slots game. 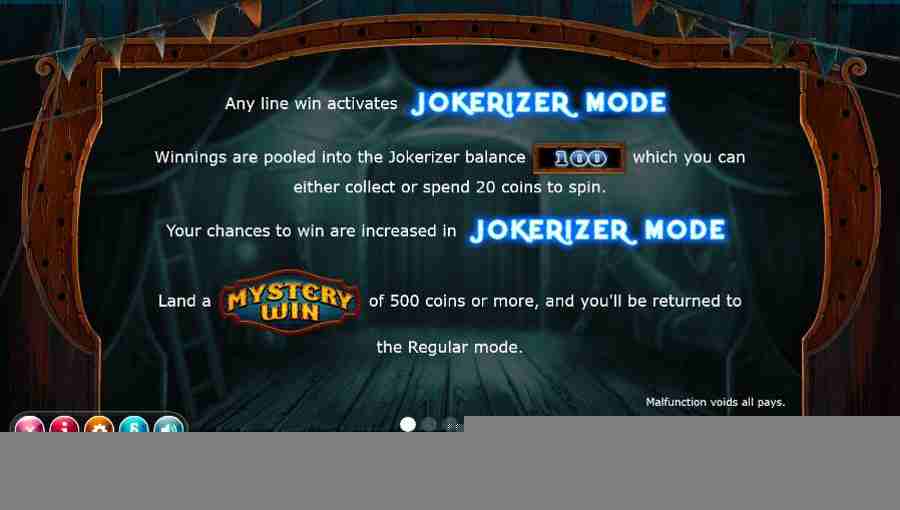 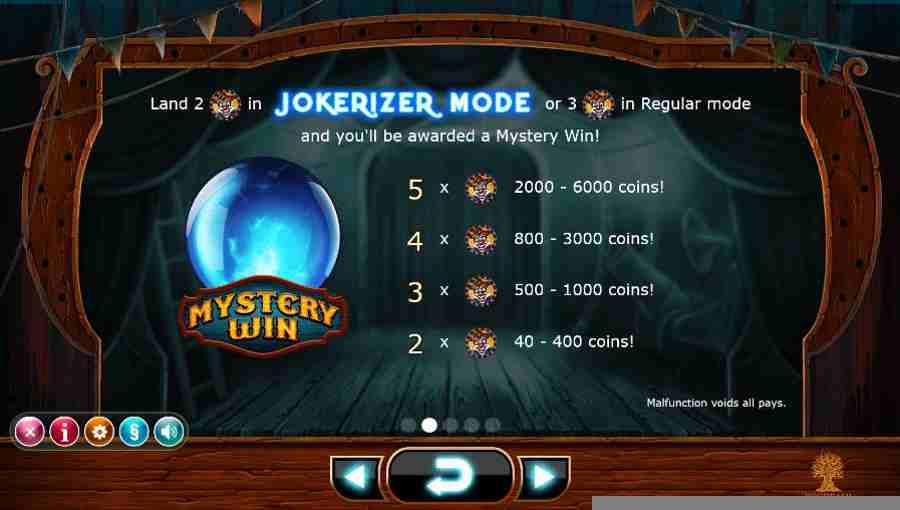 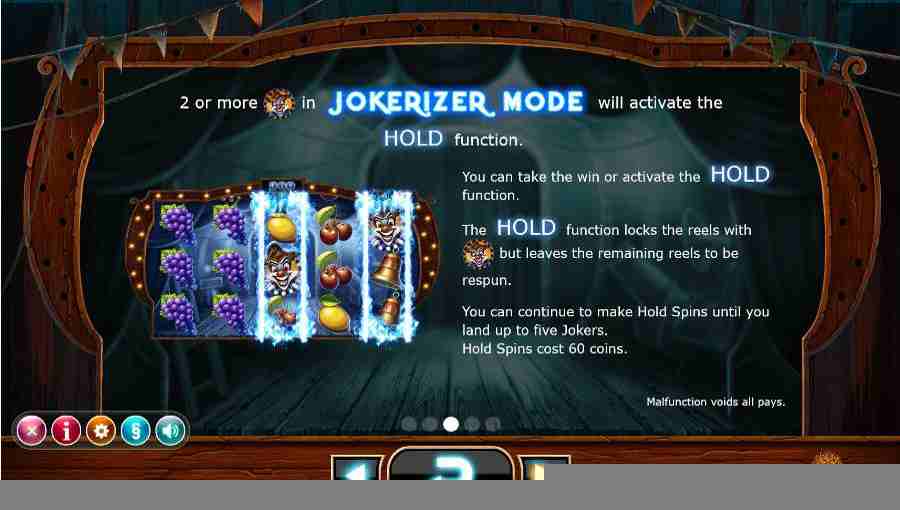 Wicked Circus is a non-progressive 5 reel 10 paylines video slot machine game from Yggdrasil, it has a Circus theme, and comes with a wild symbol, Scatter Symbol, Multiplier, free spins and has a maximum jackpot win of $60000