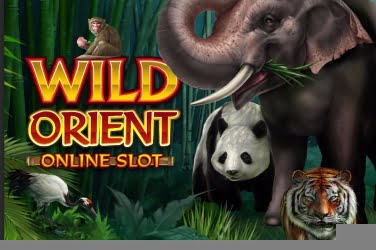 As with many Microgaming online casino games, Wild Orient slots has 5 reels and 243 winning pay lines. This provides players with numerous opportunities to add to their final jackpot amount.

Players can enjoy the tranquil Oriental music as they join the various animals of the Asian Jungle in which the game is set. The 5 reels can be found within a bamboo frame and all the graphics used in the Wild Orient slots game are in high-quality 3D.

The symbols used in the Wild Orient slots game are the animals which are found in a Far Eastern Jungle. They include an Elephant, a Monkey, a Wading Bird, a Tiger, and a Panda. All of the animal icons are true to life and due to the quality of the graphics look highly realistic when enjoying this Microgaming online casino game.

There are also the usual 9 through to Ace symbols stacked across the 5 reels of the game. These have been designed using bold and bright colors when creating the Wild Orient slots game.

A Stone Carving becomes the Scatter symbol, while the Wild Orient Logo is used as the Wild. There is also the chance for players to take advantage of a Reel Re-Spin and a 3x Multiplier in this offering from Microgaming.

The Wild Orient Logo is the symbol used as the Wild in this online casino game from Microgaming. When it appears upon the 2nd and 4th reels of the game it can change other icons, except the Scatter symbol. This then provides the player with further chances to create one of the 243 winning combinations which they can benefit from.

There is also a Stone Carving Scatter symbol to be found in the Wild Orient slots game. Should the player reveal 3 or more of this symbol they are awarded 15 Free Spins. During this Bonus Feature, all winnings are also given a 3x Multiplier which can help to increase the player’s final payout figure even further.

While the player enjoys the benefits that the Free Spin Bonus Round can offer, they are also able to re-trigger this feature at any point. Again providing players with more opportunities to create a winning combination.

In the Wild Orient slots, game players have an additional feature to take advantage of. This is the Reel Re-Spin Feature which the game boasts. After each spin players are able to select one of the 5 reels to re-spin in the hope of creating a winning pay line or activating another Bonus Feature.

Sadly this option is not available for those players who prefer to choose the Auto Play Feature which can be found in the Wild Orient slots game. This factor does need to be considered for those who wish to maximize their return on the initial wager placed.

Although there isn’t a Bonus Mini-Game or Progressive Jackpot included in the Wild Orient slots game the other Features which are on offer allow players plenty of chances to add to their winnings.

The Wild Orient slots game is proving appealing to both high and low rollers who enjoy online casinos. The coin range for each spin can be as little as $0.25 or as much as $125. With as many as 243 winning pay-lines this can result in some amazing payouts if players risk the full amount.

There are also various Bonus Features which add to the fun of the Wild Orient slots game. Players can find the Logo Wild on the 2nd and 4th reel of the game to have more chances of creating a winning pay-line from the 243 that are available.

Next players can find a Stone Carving to be able to activate the Free Spins Bonus Round. A Bonus Feature which can not only provide a 3x Multiplier but can also be re-triggered at any point.

Yet it is the Reel Re-Spin that proves appealing to many players of the Wild Orient slots game. Here the players can re-spin any of the 5 reels to either create a winning combination or activate the Wild and Scatter bonus symbols to increase their payout amount.

With the high-quality feel which the Wild Orient slots game provides and the tranquillity of the atmosphere, there are players from around the globe who are enjoying this new Microgaming release. 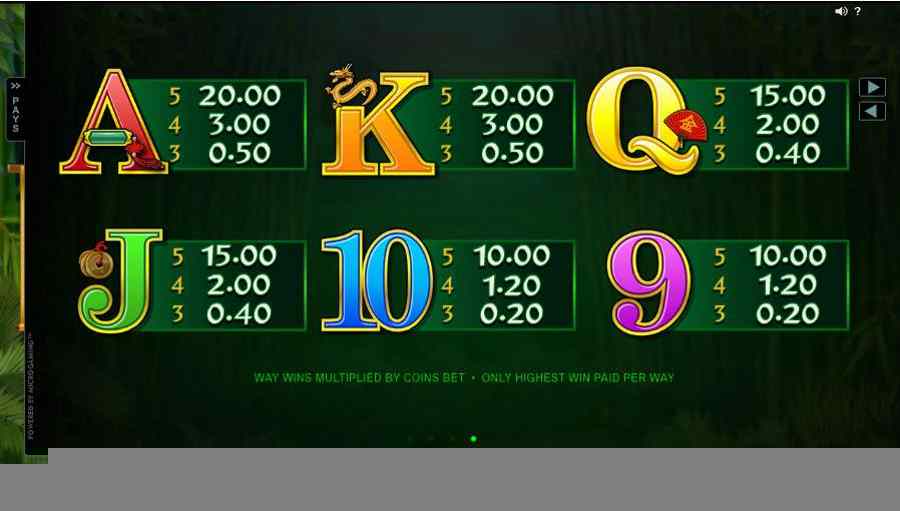 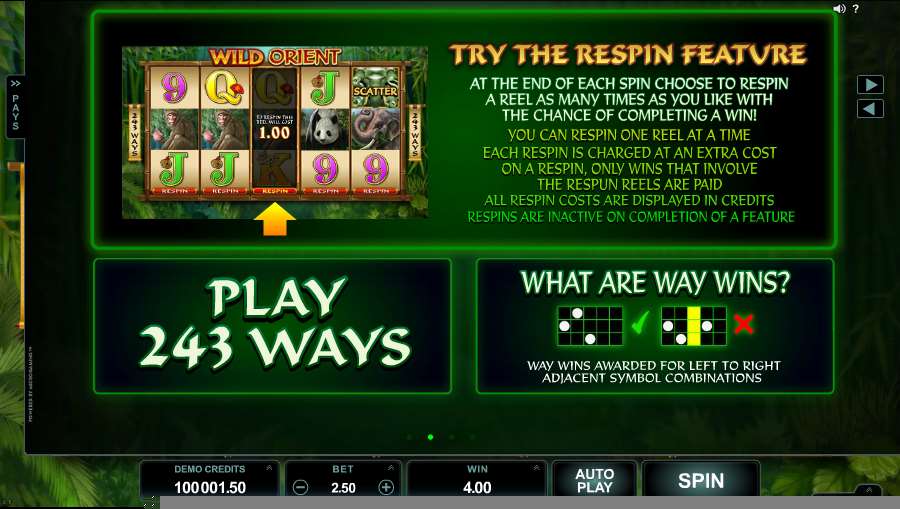 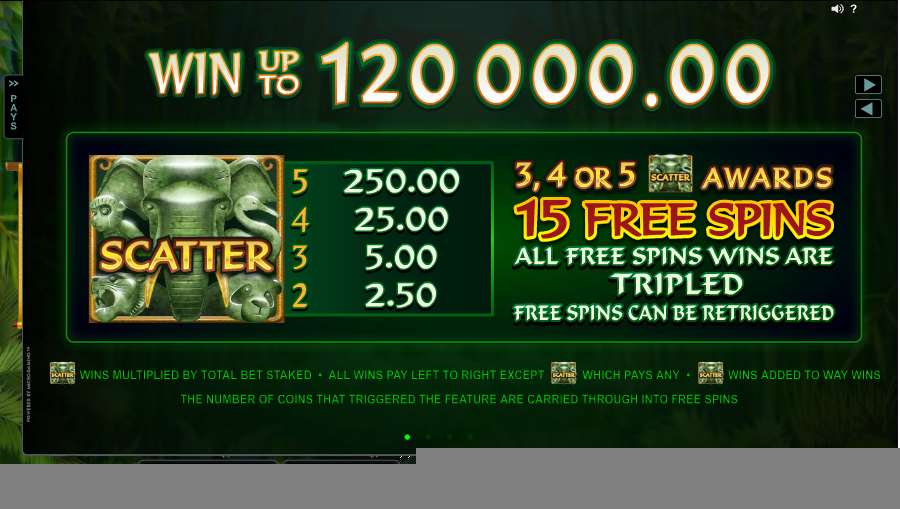 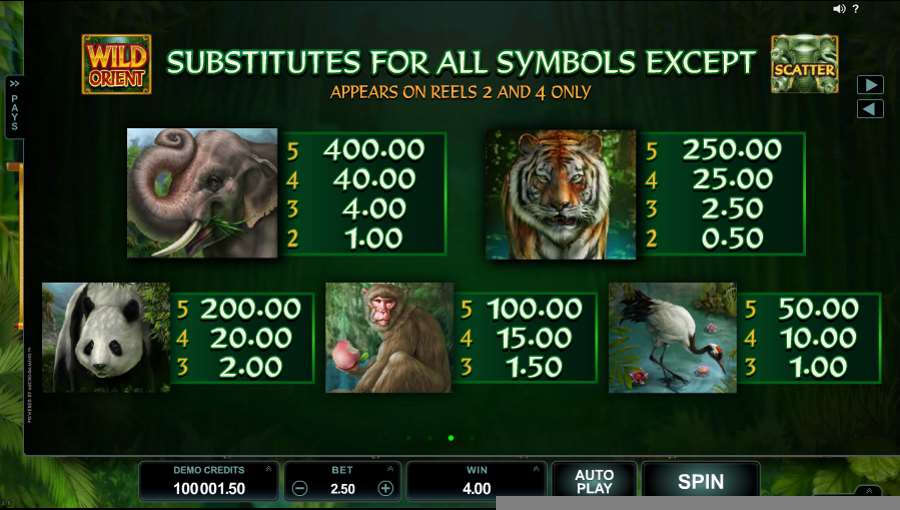 Wild Orient is a non-progressive 5 reel 243 ways video slot machine game from Microgaming, it has an Asian Jungle theme, and comes with a wild symbol, scatter symbol, free spin and has a maximum jackpot win of $20,000.