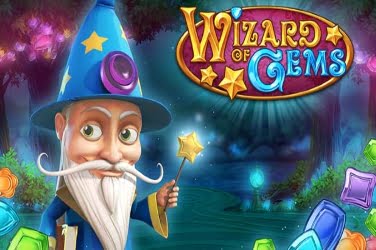 A Wizard with a long white beard and hair is the main character in this slots game. He can be found wandering from the left to the right of the screen dressed in blue with yellow stars on his hat. This comical and cartoony feel is continued throughout with the Magical theme that has been created in this online casino release from Play N Go.

The 5 reels are set within a forest scene which has pink and purple fairy lights brightening the screen from above. Players can also hear various sound effects when any of the 20 winning pay lines are located along with music that adds a soothing atmosphere to the game.

Players are able to access the Wizard of Gems slots game via Desktop, Tablet and Mobile devices. The high quality graphics looking striking on any size screen while the jovial animations add to the fun to the game. It provides players numerous opportunities to increase on any wager placed with Bonus Features that are already proving popular with both high and low rollers from around the globe.

All of the symbols that players will find on the games reels are large and bold though decorated in pastel shades. Though it isn’t clear what Gems they represent the symbols include a Pink Crescent, an Orange Flower, a Green Pentagon, a Purple Square, a Light Blue Triangle and a Dark Blue Rectangle.

They can fall onto the reels in set formations so that a win can be claimed to be included in the players final jackpot balance.

Wild – this symbol is shown as a Spell Book and can help to improve the player’s chances of spinning a winning combination. When this appears on the games reels it can change any of the Basic Symbols if a pay line can be found.

Scatter – a bright Gold Star is the Scatter symbol used in the game and players need at least 3x of these to be spun to activate an additional Round that has been included in its format.

Free Spins – should a player find 3 or more Gold Star Scatter symbols they will be rewarded with 10x Free Spins. However as a further Bonus there is a guaranteed Spell Book Wild that will come into play with each spin. It is also possible for players to retrigger this Feature so in fact there are up to 50x extra chances to win.

Collapsing Gems – throughout the base game and even during the Free Spins Bonus Round when a winning pay line is located on the reels all Gem symbols involved will crumble and vanish from the screen. Now new symbols begin to fall from the top of the screen and this Feature continues until no further wins are found.

In addition to this with each consecutive win the player will benefit from a Multiplier to increase their jackpot amount even further. This begins at 1x the original stake placed but can increase up to 5x should the player be lucky enough in the Wizard of Gems slots game.

Each of the 20 winning pay lines that are included on this slots reels need to be in play before the game can begin. However the smallest wager is just 0.20 for those on a low budget who wish to take advantage of the fun that can be had here. For those who prefer to stake a higher amount with each spin they can use the +/- button to alter their bet from anything up to a maximum of 100.00.

The settings can easily be changed in this online slots so that it can be enjoyed to a players personal preferences. There is also an Auto Play button which can be utilized at any time during the game. It allows players to leave the reels to spin automatically for either a certain amount of times or until the maximum wager is reached.

This is a nice looking game that players of any level will find appealing. They can find a Wild and a Scatter symbol along with 2 Bonus Features that can be taken advantage if and when they are activated. All reasons why players are continuing to return for the appealing RTP of 96.66% which is on offer in the Wizard of Gems slots game. 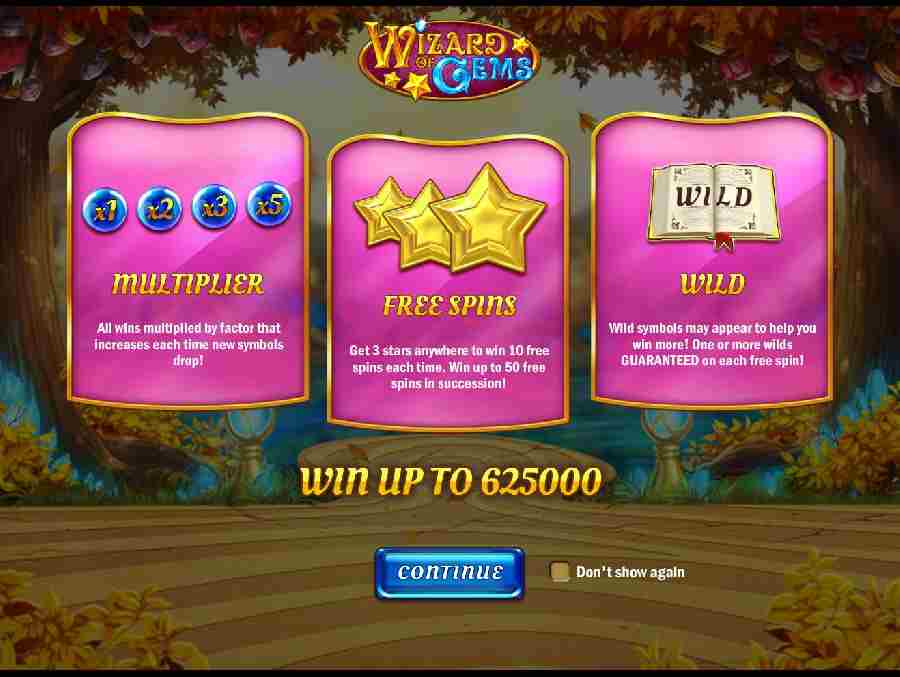 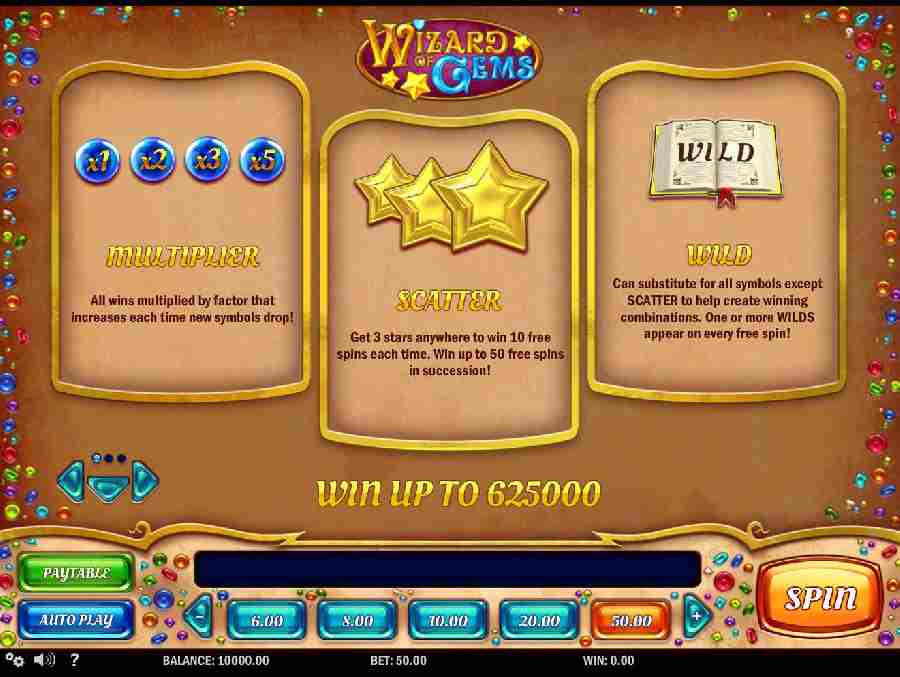 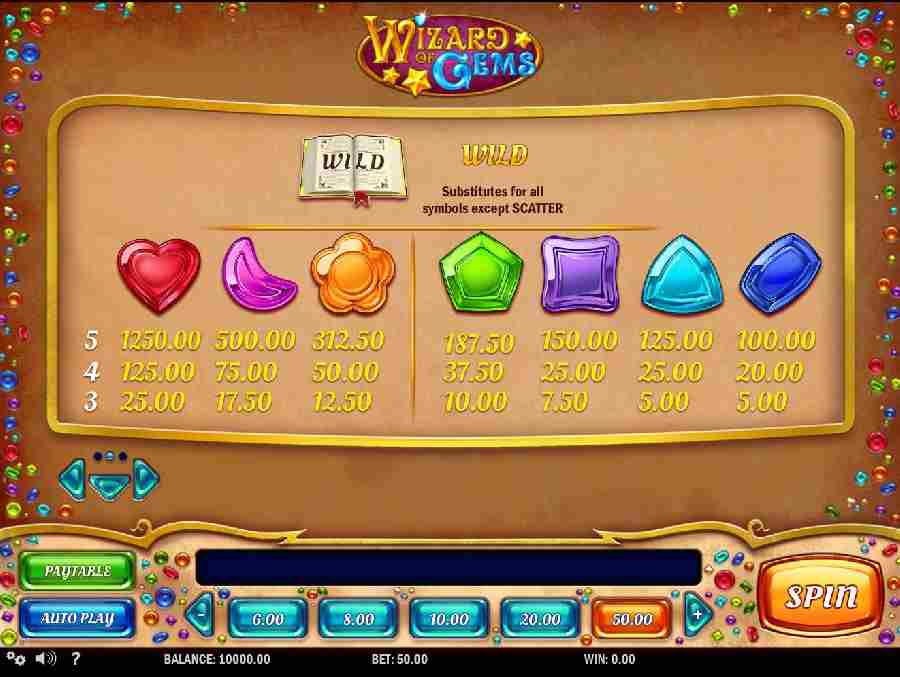 Wizard of Gems is a non-progressive 5 reel 20 pay-line video slot machine game from Play’n GO, it has a Wizard theme, and features wild symbol (the spell book) and a free-spin scatter symbol (the star). It has a maximum jackpot win of $625 ,000