Just For The Win Releases their first Game Goldwyn’s Fairies

by Jenny Holdings
5 years ago 0

Just for the Win latest creation, a unique and astonishing piece of art that features not only Free Spins but Re-spins and generous Wild Substitutions: Goldwyn’s Fairies. It is a 5-reel, 3- row slot machine with an unbelievable payout rate. The game’s own Returning Wilds feature which is in the base game and free spins round is made to keep the player in mystery and suspense. In the world of fairy games, Goldwyn Fairies may be the one to top it all.

The story that follows the game is one of a kind: Players visit an enchanted forest where their only goal is to collect as many of the sparkling gems as possible. These gems are from the Four Fairies of the Seasons i.e. Summer, Winter, Spring, and Fall. The excitement of the players reaches its peak when the Fairy Queen Goldwyn arrives who, on her, every arrival, rewards every player with re-spins along with giving them a Returning Wild as she leaves.

Going live on Wednesday 17th of May 2017, the game is expecting large player traffic on its starting days. All of this information was taken from the gameplay demo at the release. Once the game hits the market, it will be one of the leading names in the gambling industry, as predicted by Microgaming and Quickfire operators who are known for their network of 600+ online gaming brands.

Witnessed at the release, the game came with some exceptional features which may provide them the upper hand over their competition. The graphics were smooth and had some of the most advanced technology working behind them. Other than that, the music and game design added to the game’s magical theme, which made it more pleasant.

Regarding the game’s release and its features, some words were caught by the Chief Product Officer at JFTW, Tiger Holmgren. He stated that the game is a stepping stone towards the greater future of the company and will prove itself in the market as the better kind. He further remarked on the latest graphics technology used in the game which was able to bring the forest to life.

With the help of the JFTW team and the resources, they were able to provide their customers the thrilling sensation and chance of luck they craved in the games nowadays. With the success of Returning Wild feature in Free Spins and Re-spins, he explained their elaborated plan of long-term impact on their customers using a high-quality video slot machine, starting with Goldwyn Fairies.

One of the oldest, Microgaming came to life in 1994 and since then has been crushing the records of gaming with its groundbreaking technology and graphics development. With its technology, team, and resources, it was able to take over games in every area including mobile, bingo, poker, and many more as well as successful operators like Quickfire. It was a great step for the JFTW team to work with Microgaming since it aces in the market with its products and would be a good choice for game distribution.

Microgaming’s Games Publisher, David Reynolds, also praised the game and the deal made with Just for the Win and said it will be a unique and interesting experience for both parties. The game, he mentioned, will not only be a great addition to their portfolio but will be a good product for their customers around the world. Further adding to it, he talked about the game’s unique design and theme as well as the wild symbols and features it offers in the free spins and re-spins. These features, as he predicted, would be enough to make the game addicting and captivating for the players.

About Just For The Win

Established in 2016 by renowned veterans, Just for the Win is a Sweden-based development studio whose goal is to create … Continue reading

Where to Play Goldwyn’s Fairies?

Wild Jack Casino is Blacklisted! Play at Betway Casino Instead

AHTI Casino Get Welcome bonus up to 7 BTC! On all Games

1xbit Casino Get Welcome bonus up to 7 BTC! On all Games 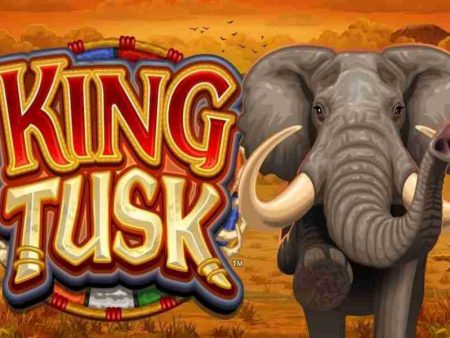