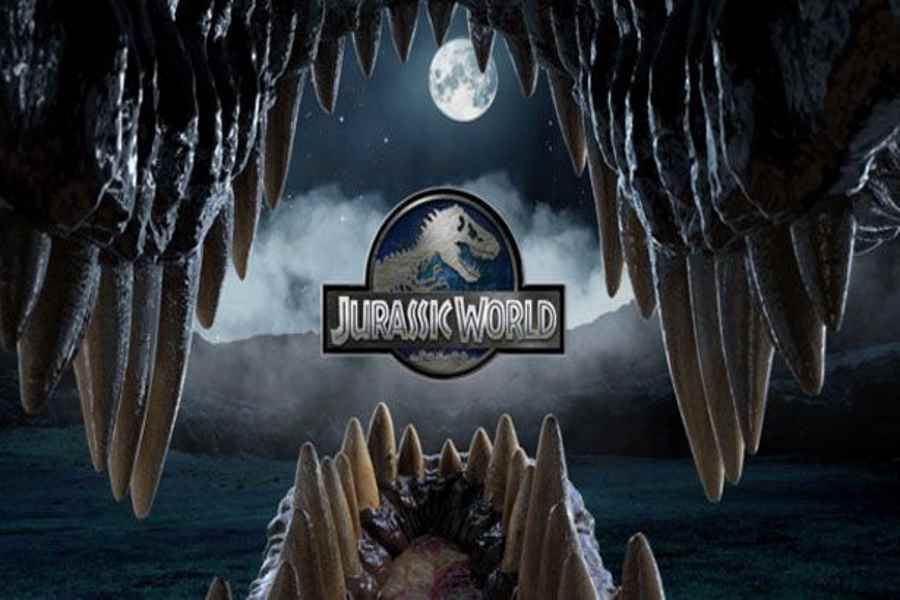 With microgaming’s movie franchises, Jurassic World™ is based on histories’ biggest movie trilogy.

Inside the Action of Jurassic World™

A greedy worker tries to steal a dinosaur embryo and causes a total power breakdown in the theme park on the island of Isla Nublar.

While dinosaurs run around at free will, a scientist and visitors find themselves trapped in their safety vehicle after the worker is killed. What follows is an endless struggle to get out of the park alive.

Jurassic World™, set within original clips of the adventure, plays wild visual effects and sounds during your race to escape.

The pure excitement of this innovative group-play slot means you battle with opponents from anywhere around the world.

In a safety vehicle running through terrifying scenes of the real movie, each player chooses a path they think gets them out of the park harm free.

Entry into the group play is with three or more of the bonus symbols. A unique design in Jurassic World™ is that you’re given the option of taking bonuses immediately or saving them to use at your will.

Panic in the Park, Escape from Jurassic Park and Raptor Rampage are the special frequent bonus triggers. There’s more than there is room for here…go see for yourself.

Jurassic World will be available at all microgaming casinos

Where to Play Jurassic World