The Heat Is On Released By Microgaming

Home » microgaming launches The Heat Is On slot Game 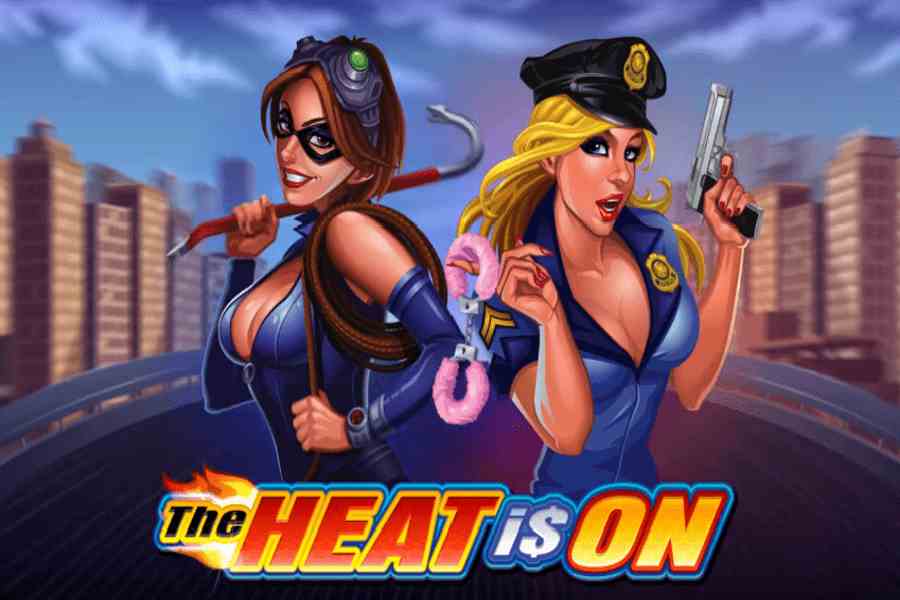 microgaming started the year with a bunch of sure fire releases which will most certainly be in the lips of players through the year and beyond. And as we head on to the summer, the Isle of Man-based gaming studio seeks to turn up the heat a notch higher with their new The Heat is On slot. The developers channeled the cliche Good Guys Vs Bad Guys scenario to come up with an action packed slot that will make the summer even hotter.

The game was officially released on 22nd March 2017 in a very low key ceremony. At this point, microgaming are probably tired of exaggerated and over-hyped release parties and we can’t really blame them. As we speak, The Heat is On is available for the global audience in all microgaming powered casinos. Players based in Canada, Europe and Australia can experience the Heat at casinos such as Maple Casino, Ruby Fortune Casino, Platinum Play Casino, Spin Palace Casino, Jackpot City Casino, All Slots Casino and Crazy Vegas Casino. If you need to turn on the heat in your life, head on over to one of the mentioned casinos and open a free account. On your first deposit, there is a guaranteed new player bonus to help you kick-start your gaming experience.

The Heat Is On Video Game Play

The Heat Is On has two wild symbols, both representing the various aspects of law enforcement. One of the Wild symbols is a Cat burglar called Selina and the other wild is Officer Jean from the Special Task Force. The wild symbols are arguably the highest value symbols in the game and come with big multipliers. What more, they might appear partially stacked in some or all of the reels, resulting in Big wins.

The only scatter symbol in the game is a Bank. The scatter gives scatter payouts and triggers bonus rounds whenever three or more bank icons appear on the reels. They can also become partially stacked when they appear on reels 2 and 3.

As you can tell from the above features, The Heat Is On is themed around Bank Robberies and the resulting police chases. The slot has 45 paylines and 5 Reels, making it suitable for all types of players, from the low rollers to the high rollers. In addition to the base game payouts, the slot has a fixed coin jackpot going on. You can try your luck here and you might just be lucky to bag enough coins to finance your gambling for a short while.

Bonus features, as always, are triggered by the simultaneous appearance of several scatters on the reels. When that happens in normal play, 5 Free Spins will be awarded. In essence, up to 80 Free Spins can be unlocked at once whenever Partially Stacked Symbols appear. What more, the Free Spins round can be re-triggered to result into even more free spins.

While plugging the game, David Reynolds, the Games Publisher at microgaming described The Heat Is On as a perfectly balanced slot that combines the various aspects of game-play (Symbols, Bonus Rounds, etc) with a surreal back-story. The wild symbols, he said, provides the players with a “steady experience” in the base game. He further described the free spins feature as having explosive potential and expressed confidence that the game will feature prominently in everyone’s gaming schedule this March. His full remarks can be found at the microgaming website.

Turn on the heat this March with this new amazing slot from microgaming and you will smile all the way to the Bank – pun intended. While at it, be sure to check out similar slots such as 5 Reel Drive, Reel Thunder, Racing For Pink and Good to Go.

Where to play The Heat Is On