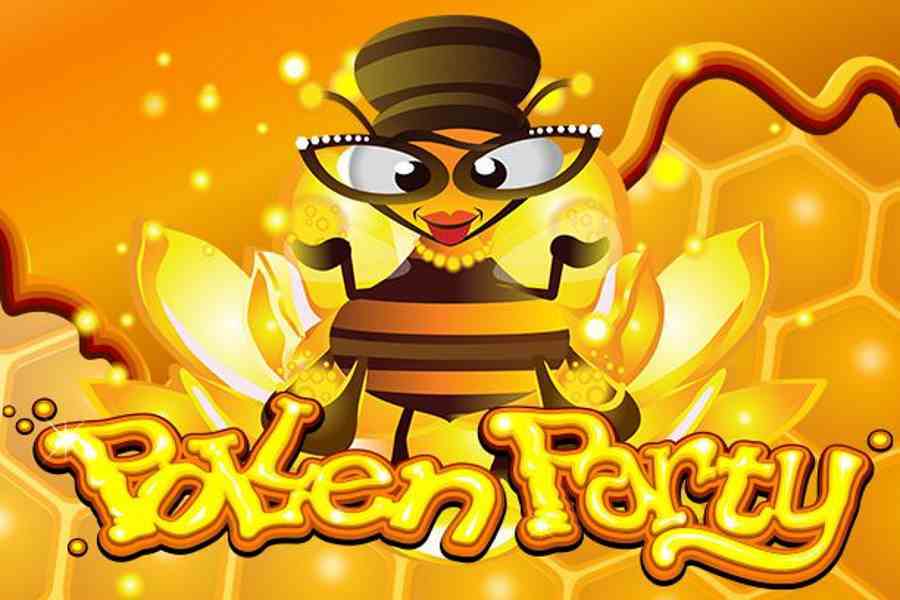 It is always in the first quarter of the year that companies try to gain (and maintain) the momentum they need to for a smooth roll through the year. It is no different with microgaming, one of the gambling industry’s biggest innovators, who recently announced the upcoming release of several slots, including the buzzy “Pollen Party”, which is discussed in detail in this article.

Why all the buzz?

Ever since it was announced that Pollen Party will go live in online casinos starting March 2017, gaming pundits and players have been buzzing with excitement. The bee puns have also been on another level and it’s easy to see why everyone’s all excited. Pollen Party is an incredible slot from one of the best developers in the industry and is a sweet addition to their portfolio. The slot has 5 Reels and wait for it…720 ways to win! In addition, Pollen Party is a hive of sticky delights and pollen-filled fun with potential wins of up to 110,000 coins.

The party is set on a busy hive on a little green hill and features a number of friendly buzzing bees who are as busy as bees are said to be, trying to get things done. What more, all the 5 Reels of the game are variable and form some sort of hexagonal honeycomb structure, with 720 potential winning formations. Basically, Reels 1 and 5 have 3 available positions; Reels 2 and 4 have 4 while Reel 3, which is at the middle of the structure, has 5 available positions for symbols to appear in. As with many other slots, you need at least 3 similar icons to appear on three or more consecutive reels to have a winning combination. And just to imagine there’s 720 ways that can happen!

With a cartoonish look, which would appeal more to children than any spinner looking for meaningful money, Pollen Party’s biggest selling point has to be its amazing bonus features. And there are quite several. To start with, the Pollen Party gets extra sweet when 3 or more scatter symbols show up in any three reels. Just so you know, the slot contains 2 sets of scatter symbols – imagine the rest. When the scatters appear, the Free Spins feature is automatically triggered and you get 12 free spins. And that is just when only the angry bees’ icon appears. Three more wilds, known as Pollinator Wilds (which make an already buzzing party even Wilder) are added to the game when a flower happens to appear on the center reel.

The Babee Bonus side game is the game’s 2nd and most lucrative bonus feature. It is launched when 3 or more baby bee (notice the word play) scatter symbols appear anywhere on the reels. In the side game, players have to select an item from 20 selectable items carrying different prizes. Out of those, 17 carry cash prizes of varying amounts, 2 carry pop items which “pop” or end the feature, taking you back to the free spins round. The last item carries a Pop-Blocker, which basically allows you to make selections until the pop item reveals itself.

Getting into the Pollen Party

This is basically a slot for everyone, more so new players and generally players who like placing small bets. To get the party started and the bees buzzing, you need a minimum of 0.50 coins while the maximum bet is capped at 250 coins. Also, the slot is playable on computer, tablet and a wide range of mobile devices with permissible browsers. Most importantly, you can only (legally) get to play the game in select microgaming casinos.

Pollen Party, without sugar-coating anything, is a pretty cool and fun slot, cute even. You can tell from the stellar graphics and great definition that microgaming really put some thought and effort into developing it. Nonetheless, the overall gameplay and appearance of the slot may appear corny and even childish to some people but the 720 ways to win and incredible bonus features surely won’t!

Where to play Pollen Party