Playtech Has Purchased Quickspin for €50 Million 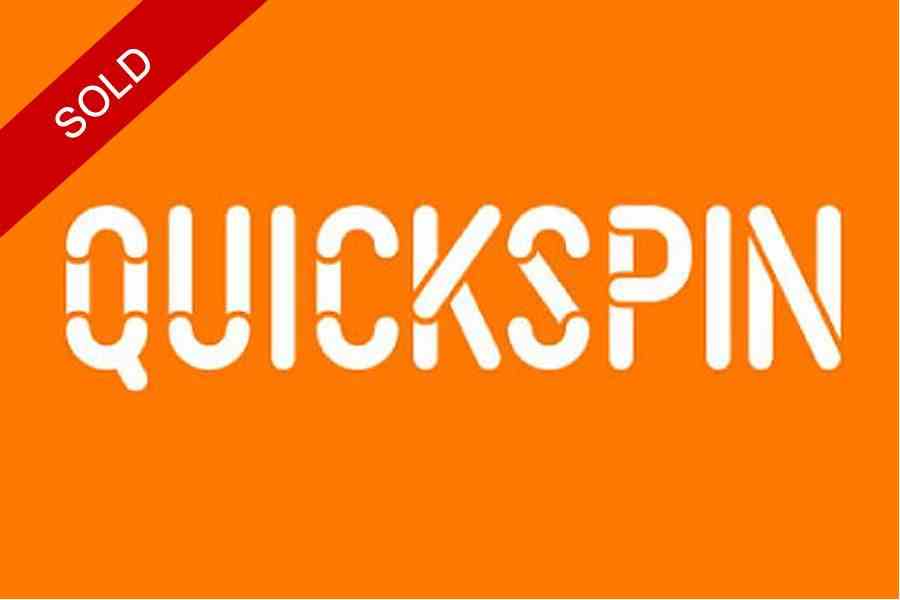 The largest online betting software Playtech has just purchased Quickspin. Playtech prides itself by ensuring the quality of gaming software products that offer its customers a truly impressive experience. The purchase of Quickspin has come at a time when online betting is at an all time high. Since the company took off in 1999, Playtech has withstood the tides of online gaming by constantly engineering itself to be at par with the diverse needs of the current software market. The company was founded by entrepreneurs who had expertise in the following fields; casinos, multimedia and engineering proficiency. Playtech has managed to topple its competitors to remain the largest online gaming software over its 15 year existence. The company enjoys the supremacy of online gambling software.

Playtech has Just Purchased Quickspin for €50 Million. This are some of the reasons playtech acquired the Quickspin.

The value of €50 Million was sealed when Playtech accepted to pay the maximum Quickspin’s Earnings, Before, Interest, Tax, Depreciation and Amortisation EBITDA 2018. This is a whooping six times the expected earning projected value. This is in accordance with Quickspin’s EBITDA figures. The value raises loads of questions however, playtech was happy to seal the deal at the given cost anyway.

As the whole agreed amount was set as €50 million. The agreed amount of €50 million was agreed to be paid in two bits. Playtech accepted to pay 100% of the shares Quickspin owned on the debt-free and cash-fee starting point. The said total sum of shares amounted to €24 million. With reference to Quickspin’s EBITDA in 2017 and 2018, the total sum difference of €26 million will be settled on an earn-out basis to clear the agreed amount.

Quickspin has years of experience in the creation of innovative and quality games. The Swedish upcoming software company Quickspin is based in Stockholm. The company enjoys a portfolio of developing video slot games, and has seen the development of over 20 games since it was formed. Quickspin has developed games which crossover different platforms such as online gaming, social gaming as well as real-money gaming solutions. This will benefit Playtech’s vast possibility in gaming that Quickspin held.

The agreement was made on 24th May 2016 which was not surprising as both companies were negotiating the terms of agreement for some time. The agreement terms are based on the price value as well as indoor staff. Before Playtech bought Quickspin it revealed that it was ready and able to attain expected growth levels, this indicates that the company was eyeing Quickspin for some time. Playtech earlier this year was in a race to obtain OpenBet. Playtech failed to obtain OpenBet as it was beaten to the deal by NYX Gaming Group at a cost of £270

Based on the Company’s website, Playtech offer its clients limitless possibilities for online gaming and sporting operations. This is the main reason the company bought Quickspin in the quest to maintain its top position as a gaming software developer. The €50 Million deal will see playtech maintaining its momentum as its revenue remains on track.

The purchase of Quickspin will see Playtech propel its ambition in the gaming sector. This will be done by the continuous growth and development opportunities created by the company innovative capability after the merger of both organisations. The deal will see playtech provide slot machine games portfolio which are established virtual, acquired from Quickspin. The company will distribute the machines within its current circulation channels for improved quality as the products are already market established.

The agreed deal will see Quickspin’s three founders remain for a period of three years. The founders are Mat Westerlund, Joachim Timmermans and Daniel Lindberg. According to Playtech the three will remain for Quickspin’s completion for at least three years. According to Playtech Chief Executive Mor Weizer, who stated the Quickspin is the main developer and merchant of the uppermost quality of gaming products which playtech seeks to strengthen its online gaming platform. He also noted that both companies would team up and work together to ensure that the Quickspin brand continues to thrive within the Playtech for the betterment of both companies.