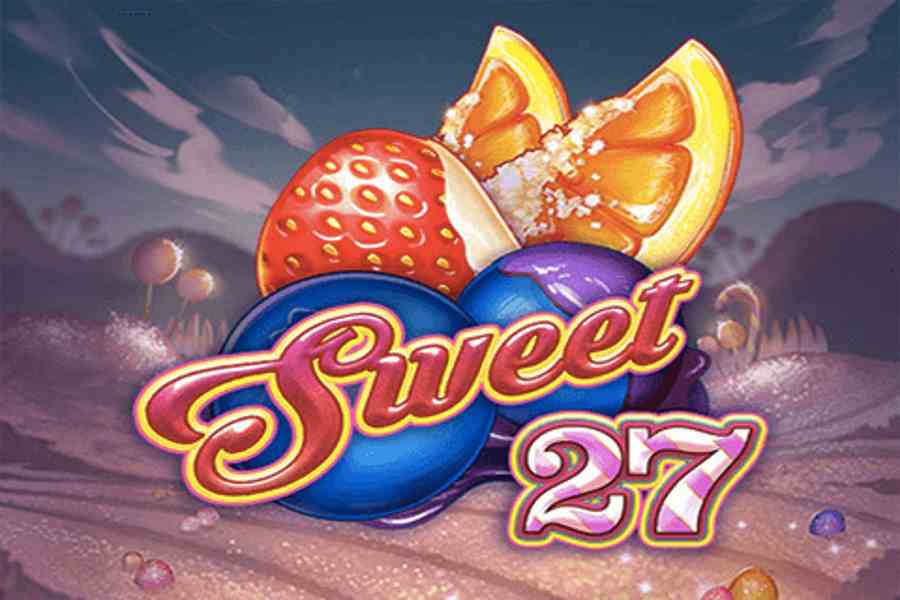 Renowned Scandinavian games developer “Play’n go” is a specialist company with a focus on developing gaming software suitable for use on desktops, mobile phones and tabs with varying operating systems and at terminals. They are fast becoming very much accepted due to the quality of games they release. Very recently, however, they started making games with the retro outlook trend and the sweets 27 slots game is not to be left behind.

The sweets 27 slots may look old fashioned with the outlook of the dinner in the 1950s but that is supposed to be the idea. It is nonetheless very efficient in the way it operates and has a maximum payout which is more than many slots can boast of these days. Granted fruities usually pay out high amounts but this is pretty higher than most. The concept of the game is very simple and straightforward unlike other games from same manufacturer.

For a game with three reels it is considered fast and very intriguing. The game was released on June 28th 2017 and has had beautiful reviews from the slot  community. It has 3 reels with 27 pay lines and a screen height that can accommodate 3 symbols. This means that only 9 symbols can be viewed at a time on the screen. Due to its very high possible payout, the game is very volatile and requires the player to frequently change betting strategy.

The game might not possess so many features like other slots but the ones it does have all work together to award the player with as many wins as possible. If you’re lucky enough to trigger a winning streak, you can pretty much sit back with your hands behind your head and watch the cash roll in. take a look at how they work.

This works just like the wild symbols in other games. It can combine with itself to form a winning combination and can substitute for all other symbols in the game with no exception to form a winning combination. Without exception is stated here because of the absence of the scatter in this game. Two free spins are awarded when the wild appears anywhere on the third real. The sweet 27 wild is a rolling wild in that it appears or rolls over to the next reel in the next spin thereby increasing the chances of the player to trigger the free spin again.

As you probably already deduced from the just concluded session that free spins are triggered when the wild lands anywhere on the third reel but after rolling over, if another wild appears on the third reel then the free spins will be topped back up to 2. Well the fun does not end there, this game has a multiplier feature and this multiplier can be increased during the re-triggering. This process can be repeated up to a total of 9 times thereby making available a possible 20 (original 2 plus 18 from the re-triggering) free spins with increment in multipliers along the line.

Again as you must have figured these only come in when there is a re-triggering and the multipliers can go as high as x3 of your winning. Being free spins that no penny was spent on, this is highly mouthwatering.

The real winnings on the sweet 27 come when the wild symbols start to land on the third reel. Since the sweet 27 is reported to have a return to player (RTP) of about 96% then this should not be a rare case. With maximum bet set at $100 and a possible win of 1,758 times your stake per spin, it is definitely worth it to take that spin.

Were to Play Sweet 27