Win A day Casino’s New Stardust slot is out of this world, literally!

by Jenny Holdings
6 years ago 0

WinAday Casino just announced the release of their new space-themed slot game, Stardust and the excitement is at a fever pitch. The casino markets the new slot as a unique title with exclusive features and great quality. Stardust is a slot for every player as it offers flexible bet sizes starting from $0.30 all the way to $6. The slot serves lots of fun and excitement for which you have to part with several pennies for a spin. Unfortunately, for progressive jackpot lovers, the slot is not progressive and offers only a fixed price of 5,000 coins in the bonus round. That it is a local jackpot (pooled around only one casino) doesn’t help matters at all. That said, the regular payouts are great considering the slot is primarily for the mid to lower range market. This is echoed by Michael Hillary, the Casino’s manager, who says that the game is somewhere between WinADay’s premium offerings and the lower range slots, which he calls penny slots. In his own words, Stardust is a ‘fairly basic’ slot but which includes a great bonus game that effectively allows players to ‘pick up some extra money to complement the payouts.

Despite Stardust not offering the possibilities that progressive jackpots are known for, it still earns praise from players, mainly due to the range of bet sizes available and the bonus rounds. As one player said, the game packs lots of cheap thrills – both literally and figuratively – and one can have lots of fun with just a few pennies. Basically, the slot has 15 paylines and the bet size is put in terms of coins. Before starting the game, you have to select the number of coins you want to wager on each spin. The least number of coins you can place is 30, which will cost you $0.30 while the maximum coin amount is 60, which costs $6. When checking the account balance, players have the option of getting the figure shown in coins or in dollars. Not many slot games feature coins and it is surprising to see them being used in Stardust.

The Stardust Double Wilds feature doubles the win when it appears on any combination on the reels. Wilds are known to bring along showers of blessings when they appear and it is no different in Stardust. There is also a bonus game called Pick Me which is triggered by the appearance of 3 or more Pink Crystals. When the Crystals appear, players get to pick one of them to reveal a multiplier. When one is lucky, like really lucky, they might come across the 500X multiplier which doesn’t double, triple, or quadruple their wins but spin them 500 times over. One player who preferred anonymity (you know, family and friends) said that the two bonus games worked wonders for him. Call it luck or simply blessings, the player used to do well in the Double Wilds feature which then led him to the Pick Me feature where the rewards were just as good. He remembers winning 5000 coins in Pick Me not one, but three times. About the game, he says the game was kind of ‘loose’ to him, meaning it was very easy for him to win, and win he did. How lucky.

The recent release of the Stardust slot puts the number of games hosted by WinADay casino at 57. Out of these, 31 are slot games, Stardust included. There are also 6 video poker games and 16 penny games in addition to several varieties of Roulette and Keno. WinAday Casino is a one of a kind casino that develops and host their own games which is like killing two birds with one stone. First, they get to directly satisfy their clients from the feedback they receive. Two, they receive all the revenue from all the games developed without necessarily sharing it with anyone, except the taxman, that is. As a matter of fact, the casino had just released another slot by the name Casino Siege. The premium battle-themed slot was received pretty well with the exciting bonus features receiving much praise. 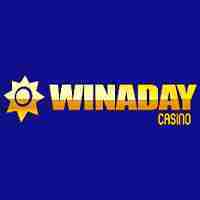