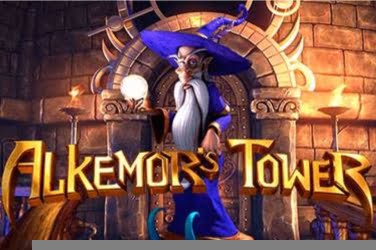 Betsoft released Alkemor’s Tower slots in 2015 as a Mobile version to be included in their numerous online casinos. The 5 reels are carved within a wooden frame, with chains hanging from either side. There is also an elegant sweeping staircase seen in the background. This game has a Magical theme with the Wizard Alkemor casting spells in his tower.

There are no structured paylines in this online slots game from Betsoft, instead, there are 243 winning combinations for players to take advantage of. This means that there are various chances for players to increase their jackpot amount.

Impressive and highly detailed graphics have been used in the game’s design. All the colors are bold and vibrant which helps to enhance the 3D effects and animations that are also included.

Symbols are all in keeping with the Magical theme. They include a Scroll, a Green Crystal, a Gold Ring, a Toadstool, a pile of Coins, some Colored Gems, and a set of Scales.

Yet it is the Wizard Alkemor himself who provides the highest jackpot amount in the base game. When 5 of this symbol appears across the reels then the player will be awarded a total of 350 coins which are added to the jackpot balance.

In addition to these, there are the Elemental Symbols. These are depicted as delicate ornate potion bottles, each one showing either Wind, Fire, Earth, or Air. Along with the Spell Book Scatter symbol, each of these plays an important part in the Bonus Features which are on offer throughout the game.

The Elemental Symbols can only be found on the 3rd reel of this video slots game. But when these are combined with the Spell Book Bonus icon in the 1st and 2nd position this will trigger a varied Bonus Feature.

Water – the Spell Book symbol can appear randomly on the 1st reel at any point. When this occurs all the Book and Elemental Symbols on the screen will become Wilds.

When the Spell Book is located on either side of 1 of the other 3 Elemental Symbols then all 3 will become Wild and an additional Bonus will be awarded to the player.

A Free Spin Bonus Round is awarded to players when the Spell Book symbol appears on both the 1st and 2nd reel of the game. But the amount that is rewarded is random and varies from 10x to 15x.

However, for this to become activated there must be an additional symbol on the 3rd reel at the same time. This can be either a Book or a Book enwrapped in Vines. Whichever appears will determine the player’s additional Bonus.

The Book and Vines are the Nature Floor Feature and players will see all adjacent symbols become eaten and replaced. However should just the Book on its own be shown then a Black Hole will appear on either the 2nd or 4th reel. And then again all symbols adjacent to this will then be eaten. Both of these additions to the game provide players with even further chances of increasing their final winning balance.

Betsoft has ensured that this video slot is appealing to players of any level by keeping the coin denomination set between 0.02 and 1.00. There are 243 winning combinations which can be wagered upon, so there are various chances for players to increase on their initial wager.

Payments are awarded to players when they spin 3 matching adjacent symbols from left to right of the screen. Even just 1 of the 243 available can see the player’s initial wager increase, and there are additional features which can be taken advantage of to add to this even further.

Although there is no specific Wild symbol used in the game, they do appear when a Bonus Feature is activated. At this point, Wilds are placed to provide players with more opportunities to create a winning combination.

There is an Auto Play Feature included in this online slots game. Meaning that players who are unable to be more interactive with the software can still return to their screen with the chance of receiving a jackpot amount to claim.

Some players may consider this to be slow paced as there are no Mini-Games but it is still proving appealing to those who enjoy a more relaxed game.

Despite a players level or experience the Alkemor’s Tower slots game is proving to be popular with many from around the globe. 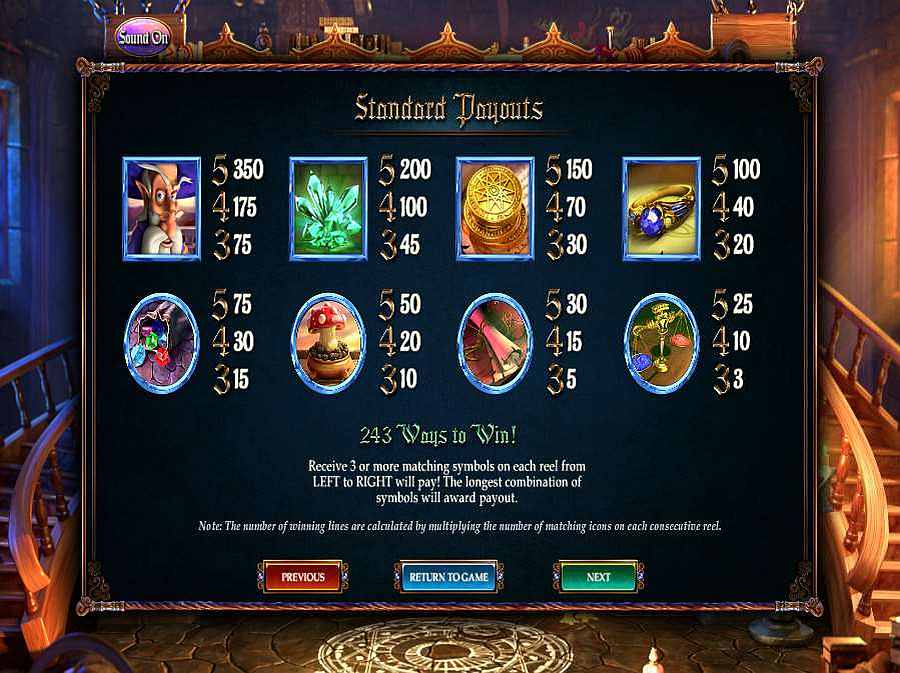 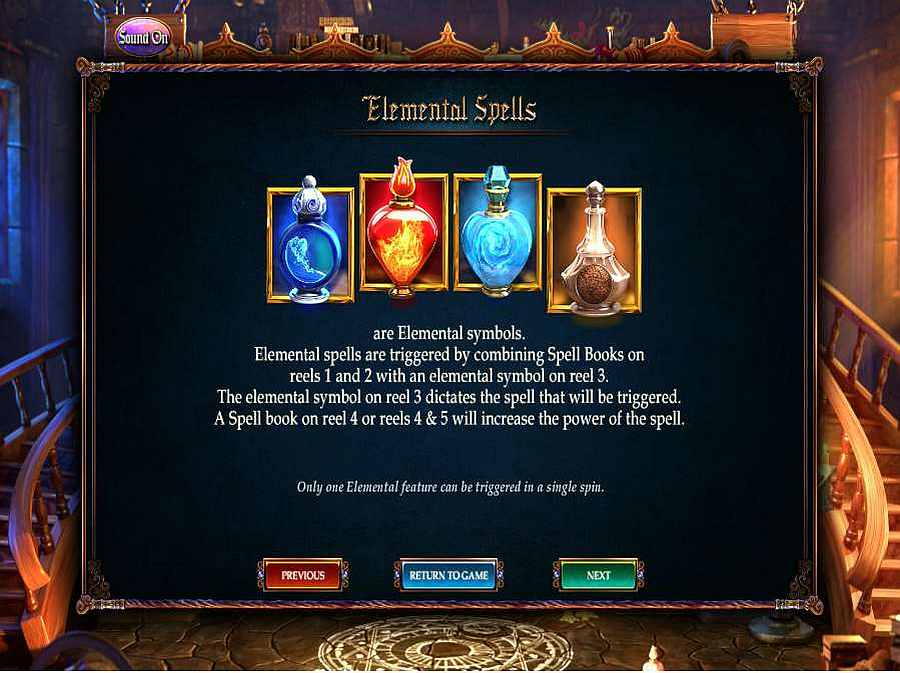 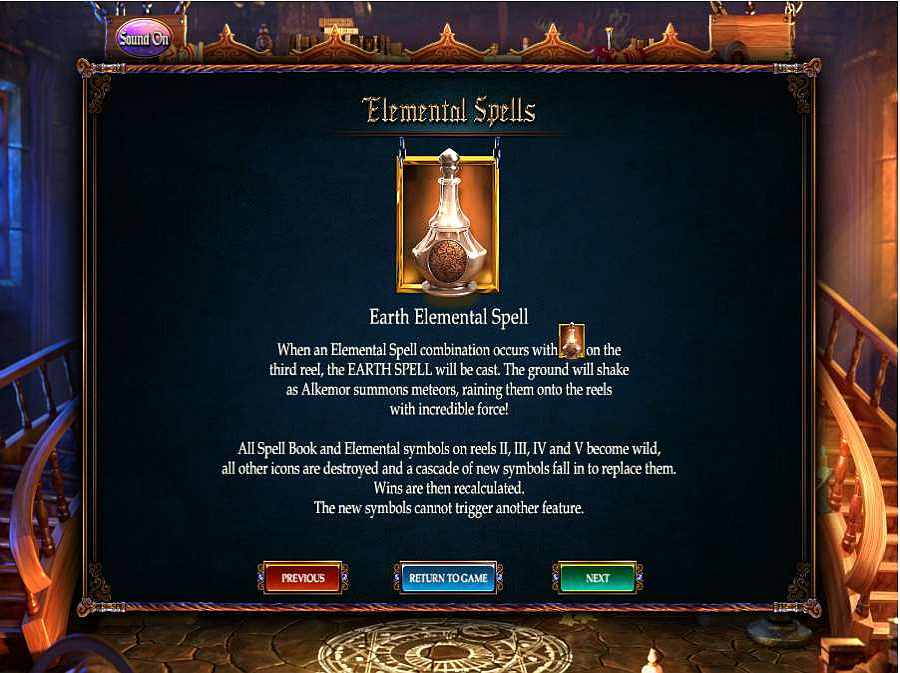 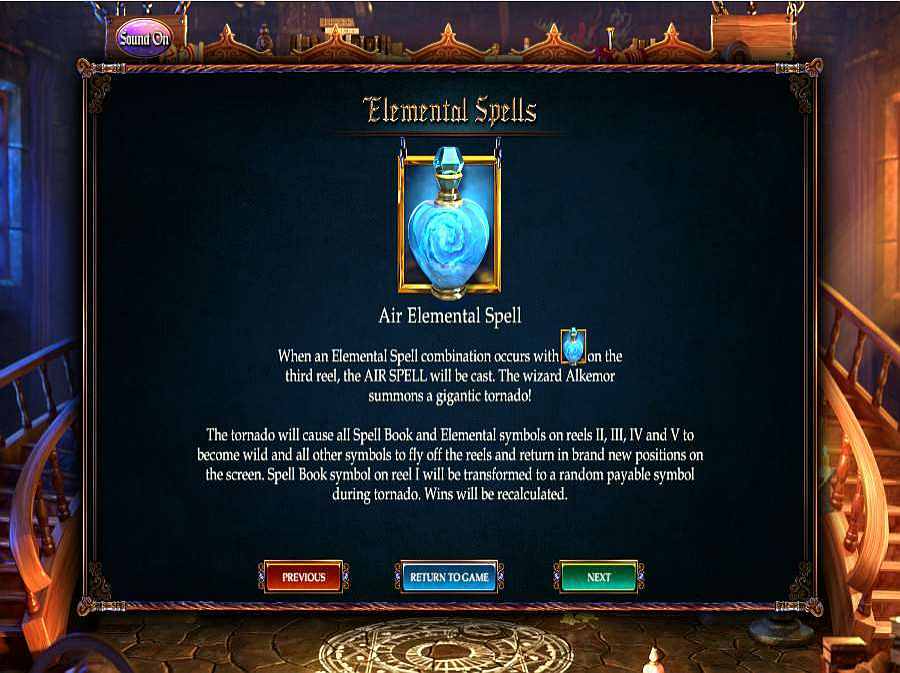 Alkemors Tower is a non-progressive 5 reel 243 ways pay-line 3D video slot machine from BetSoft, it has a magical theme, and comes with a wild symbol, scatter symbol, free spins and has a maximum jackpot win of 1750 coins