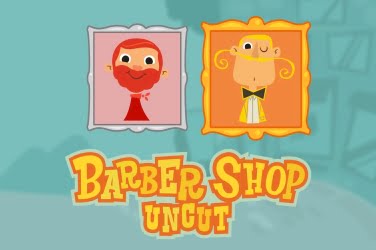 Thunderkick Malta Ltd may not have been around for as long as some of their competitors but this online casino game, which is very similar to Jack Hammer, is yet another game that is proving popular with players on a global scale since its release in June 2017.

A lot of men still take trips to the Barber Shop for either a hair-cut or for a traditional shave and this became the designers’ inspiration. Setting the scene inside, players take a seat facing a large mirror to see the 5 reels which hide 25 structured pay lines. Various hair products can be seen on shelves to either side of the screen with the Control Panel at the bottom.

All the graphics are cheerful and there is a cartoony look to the male characters who are used as symbols. Also, there is a fun twist when these men are included in a winning combination as players will see an amusing animated shave take place.

Players can visit the Barber Shop Uncut slot game on any Desktop, Laptops or Tablets and even compatible Mobile devices are able to load this unique casino release. There are Re-Spins, Multipliers and a Free Spins Bonus Round to be located within this games format. All good reasons for players to give this online slot a try.

In keeping with the games theme players can find symbols representing a Comb, a pair of Scissors, some Shaving Cream and a Brush, and a Throat Cut Razor. And although these items will only reward players with a small pay out there are plenty to be found stacked upon the reels for regular wins.

The main stars of the show are of course the male customers themselves and there are 5 of these in total. Players should keep an eye out for the Blonde chap supporting a long Handlebar Mustache. If players are lucky enough to fill each reel with this symbol they will be rewarded with 25x their initial staked amount.

Players may be surprised to discover that there is no Wild symbol included in this slots game. However, there is a Scatter and here the designers have used the traditional candy-striped Sign that is usually found outside the Barber Shop as this Bonus Symbol.

Base Game Re-Spins – after each win all the symbols that created it will “freeze” in their position while 1x Re-Spin is given. If more matching images fall onto the reels then a higher pay out can be claimed and another turn allowed. This Feature will continue until no more matching symbols come into play then the final jackpot is calculated and added to the total balance.

Free Spins – 5 of the Scatter “Bonus” symbols need to land anywhere on the screen for this Feature Round to be activated. Automatically the player is rewarded with 10x Free Spins, however there are some additional extras to also be enjoyed if the reels fall in their favor.

The first is given if a further “Bonus” symbol is located at which point the player will receive 2x more Free Spins. This can continue for a maximum of 30x allowing players various opportunities to add to their initial wager.

Also, the Base Game Re-Spin Feature will remain in play during this Bonus Round. And in addition to this players will see the Multiplier increase up to an impressive 5x with each consecutive win.

Once the Free Spins Feature comes to an end Thunderkick have given players another Bonus twist to keep them perched on the edge of their Barber’s chair. Now the “Inwinity” Spin begins, leaving the reels to turn until a winning combination is created.

Getting a hair-cut or even a shave will only cost players as little as 0.10 with the smallest wager allowed in this online slots game. However, those with a bigger budget can use the +/- button to select their preferred amount unless they prefer the maximum wager of $100.00.

This is an ideal casino game for beginners as it has a simple format that won’t distract or confuse them as they get to learn the world of online slots. And although the pay outs in the base game may only be low this is still considered to be a Medium variance slots and the Barber Shop Uncut offers a RTP of 97% which is appealing to any player.

Auto Play is an addition option for those players who are unable to be fully interactive with the Thunderkick software that has been used. Pressing this Button on the Control Panel gives players the freedom to set the game to play automatically with the chance of returning to a decent jackpot balance to claim. 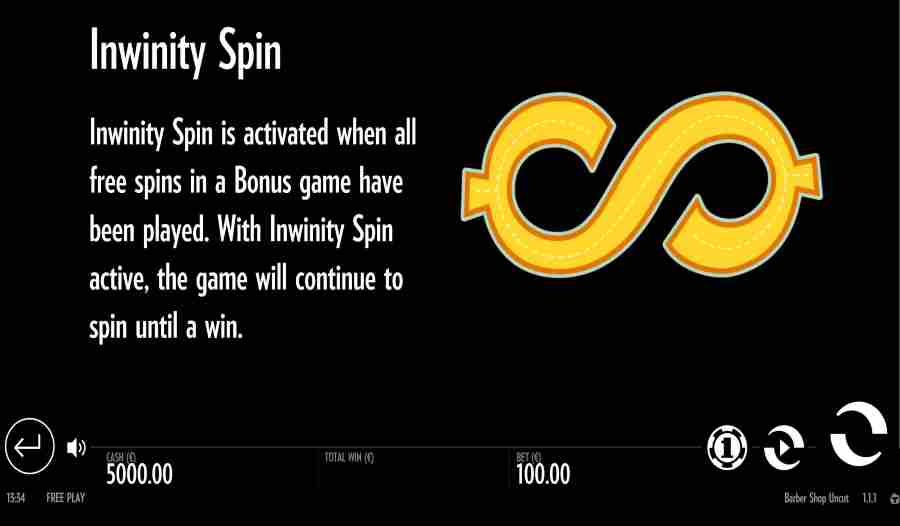 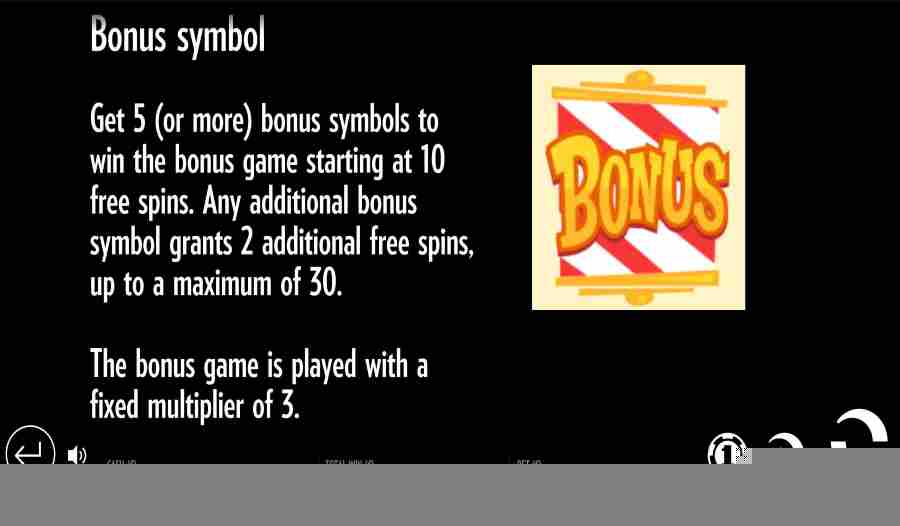 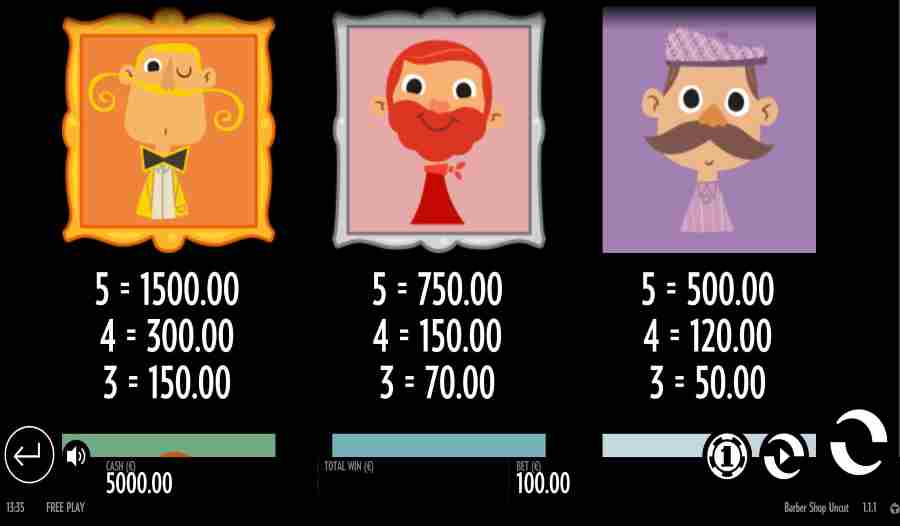 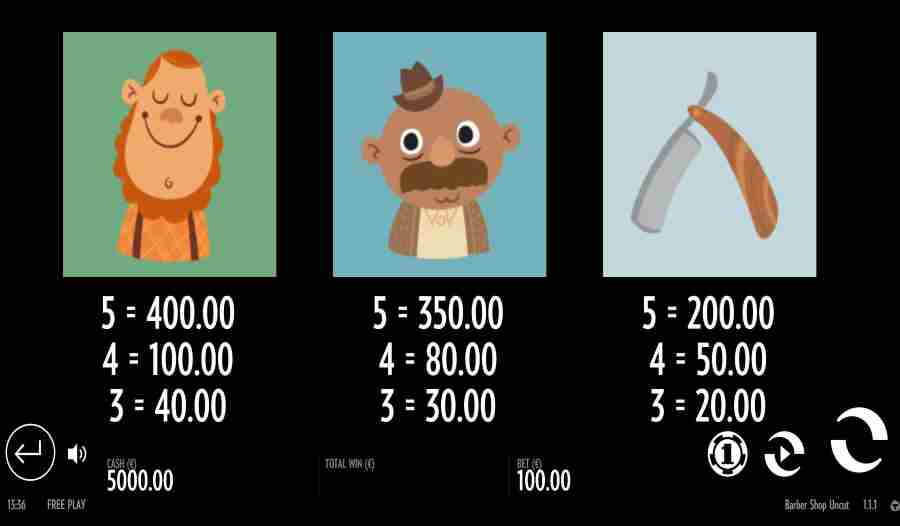 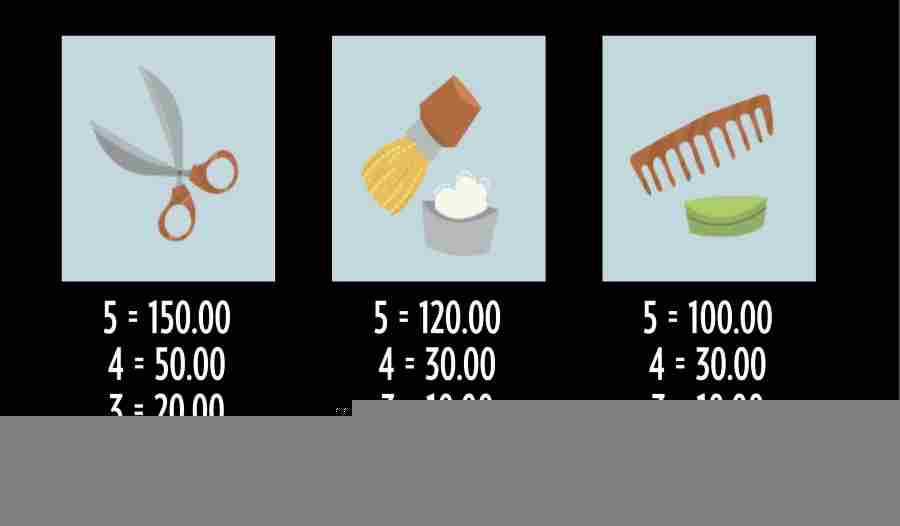 Barber Shop Uncut is a 5 reel 25 pay lines video slot game from Thunderkick software platform. It has a Barber Shop theme, It features Inwinity Spin, Re spins and has a maximum jackpot win of n/a