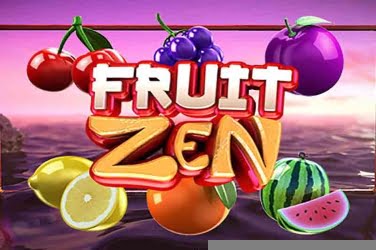 There is little that can be said about the Fruit Zen slots game. It has been released by Betsoft for their numerous online casinos. However it has a very basic layout which many players may not find appealing.

Players will be taken to the ocean in the Fruit Zen slots games. Seeing the reels set between the jutting rocks, with a small crab to the left hand side of the screen. There is also a cloudy sky depicting either a sunrise or sunset, which adds to the tranquility of the game of Fruit Zen slots.

It has a Asian feel that the designers of the Fruit Zen slots game have used, and also has Oriental music playing in the background to add to the soothing atmosphere of the game.

The Frit Zen slots game has 5 reels and 10 winning paylines. So there are plenty of opportunities for players to increase their final pay out amount. Yet this all be done throughout the base game as there any no other Bonus Features other than the Wild in this release from Betsoft online casinos.

As in keeping with the classic slots game found in many bars the symbols used in Fruit Zen slots are all fruit orientated. Players can find an Orange, a Plum, a Watermelon, some Grapes, a Lemon, the usual Cherries and even a Raspberry.

A Wild symbol can be found upon the 5 reels of this Betsoft online casino game. The Fruit Zen Logo has been used for this purpose and provides the only additional feature to the game

As previously stated it is only the Fruit Zen Logo that offers any Bonus Features to this online casino offering from Betsoft. Players can find it stacked on the 2nd, 3rd, and 4th reel of the game and allows for various opportunities for a player to add to their winnings.

Should a player reveal 3 or more of the Logo Wild symbol in the Fruit Zen slots game then it will change any other symbol that is shown upon the 5 reels of the game. This can help to create more winnings combinations to be added to the player’s final pay out amount.

In addition to this the Logo Wild will expand upon the reel in which it appeared, and this reel will become frozen in place. Providing a further chance for players to add to their winnings.

When the Logo Wild is shown the player will also be awarded with 1x Free Spin with the expanding Wild reel locked in place during this time. If more than 1 Wild was revealed, then a Free Spin will be given for each one.

These factors and the chance to re-trigger this Bonus Feature can enable a player to add to their winnings considerably during the game of Fruit Zen slots.

The coin sizes used in the Fruit Zen slots game are kept low. They range from $0.02 to just $0.50 which makes this online slots game appealing to low rollers. However with 10 winning paylines and a maximum of 10 coins allowed on each this can also make the game popular with those high rollers who prefer the simplicity of the layout that this game provides.

It is usually the Cherries which offer the highest pay out in many Fruit themed online slots games. However with the Fruit Zen slots game it is the Orange which players need to reveal. Should the uncover 3 or more across the 5 reels of the game a player will be awarded 500, 2000, or 2500 receptively.

The second highest jackpot to be found in the Fruit Zen slots game is with the Lemon symbol. When these are spun they can award the player a set amount ranging from 250 to 1200 additional coins to be added to their final winning amount.

Players of any level can enjoy the Fruit Zen slots game as long as they don’t mind the basic layout that it offers. As there are no additional Bonus Features other than the Logo Wild, some more regular gamers may not find it appealing. However it can prove ideal for those who are beginners to the world of online casinos.

The Fruit Zen slots game is for any player who enjoys the relaxing atmosphere that the game provides, along with its basic format. This may be why it is still proving to be appealing to many gamers from across the globe. 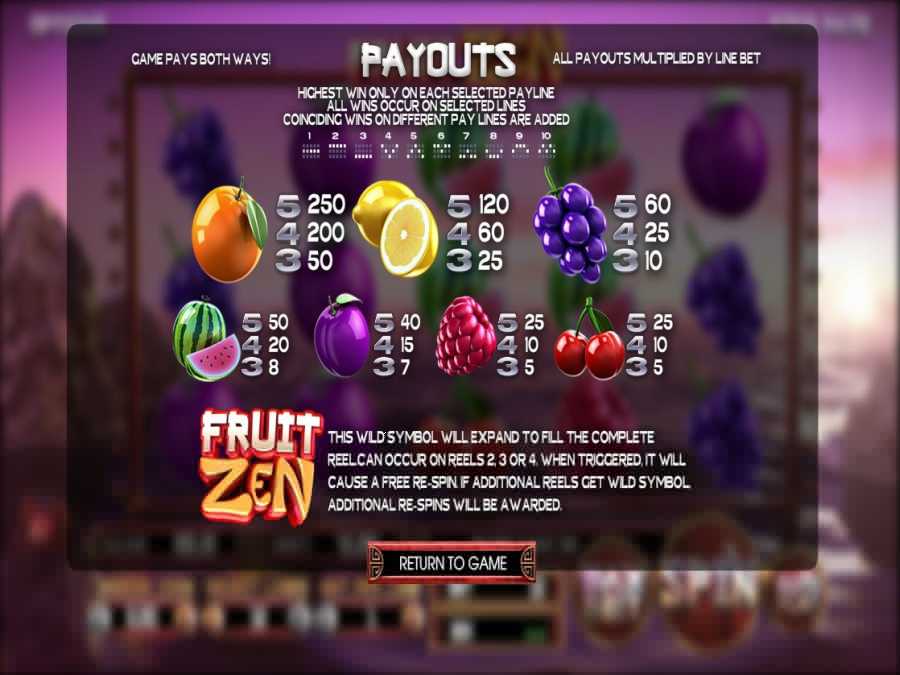 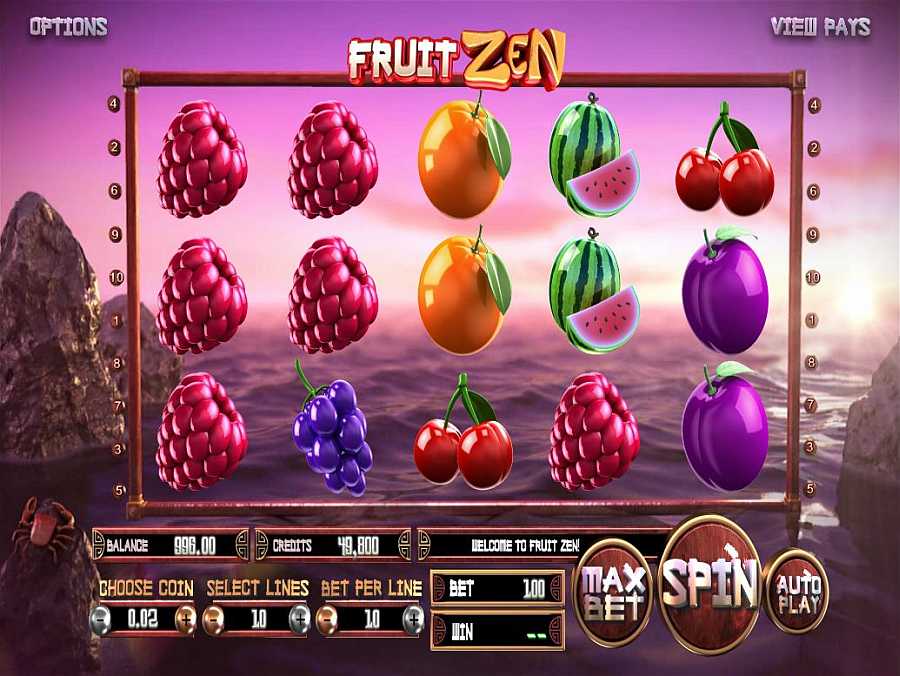 FruitZen is a non-progressive 5 reel 10 pay-line video slot machine game from Betsoft, it has a Asian theme, and comes with a wild Symbol, and has a maximum jackpot win of $625