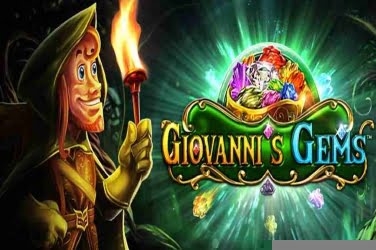 This new online slots game from BetSoft gaming Malta, finds the hero of the tale searching for uncut Gems deep in wood and players can see him holding his lit torch aloft while lurking within the shadows to the left of the screen. Rather than the conventional format, this provides players with a 7×7 grid which is framed within some curving tree trunks on either side. And instead of structured pay lines, players are looking to land at least 5 matching symbols in an adjacent “Cluster” so that they can begin to add to their jackpot balance.

Betsoft are well known for their detailed Slots3 casino games and this latest release is no exception. They have used high-quality 3D graphics with some smooth animations which can be enjoyed on any size screen or compatible device.

There may not be a Wild symbol included on the games grid but instead, players can find 3 Bonus Features which call all result in some impressive wins for those who want to give the Giovanni’s Gems slot game a spin.

There are 9 images that offer varying payouts when they are included in a winning “Cluster”. Players are armed with a Torch to guide them through the dark cave of treasures, while they have a Pickaxe to help them uncover the different Gems.

Gems sparkle on the reels and include Emeralds, Rubies, Sapphires, Amethysts, Citrine, Coal and a large sack of Diamonds. Each adding to the player’s initial wager when 5 or more of these symbols land in touch positions.

Scatter – the ginger-haired cartoon-type character Giovanni is used here and he can lead players to the Bonus Round if at least 5 become Clustered together following a single spin.

Collapsing Reels – this is the main Feature of the game and remains in play throughout, something which can result in some lucrative wins depending on how much is being wagered.

Each time that a winning “Cluster” of 5 or more matching symbols is created all the icons involved will disappear from the screen as more fall to take their position. So players will soon start to see a return on their stake as they gather the prizes on offer while the reels continue to roll.

Free Spins – when 5 or more Giovanni Bonus Symbols are located on the reels this element of the game is automatically activated. The amount of Free Spins given depends on how many began this Bonus Round but players can expect anything from 7x to 50x more chances to generate a win.

Giovanni’s Diamonds – the lowest paying symbol in the game is the lump of Coal, however, players can benefit from these if they land adjacent to a winning “Cluster”. Now players will see the image turn into a Diamond and if more than 2 of these are on the screen a pay-out will be added to the current jackpot.

Gamble Feature – after each win is claimed the player has the option to gamble their winning amount. At this point, they must choose between Red and Black which will either result in them doubling their win or losing the lot.

To begin this game player must decide on the amount that they wish to wager before setting the reels to spin. Located on the Control Panel is a +/- button which they can use with coin denominations ranging between 0.02 and 1.00 with a maximum of 150.00 allowed. With this in mind, this means that those on a low budget and even high rollers can enjoy the fun that this slot provides.

Some players may be put off by the rather low RTP of 94.94% but this is still considered as a Medium variance game. And there are plenty of thrilling twists to the game’s format to keep them entertained while they watch their initial wager increase. Meaning that since its release in August 2017 this online slots has gathered a following of fans who enjoy the addictive gameplay that is on offer.

There are players who need to be less interactive with the games software and so may have to use the Auto Play option. Selecting this enables players to allow the game to run automatically when they need to be away from the screen for a while.
There are numerous casinos that offer “Mining” themed play but the Giovanni’s Gems slots game has an a thrilling format that is already proving appealing to those who want to take a chance with this action packed release from Betsoft. 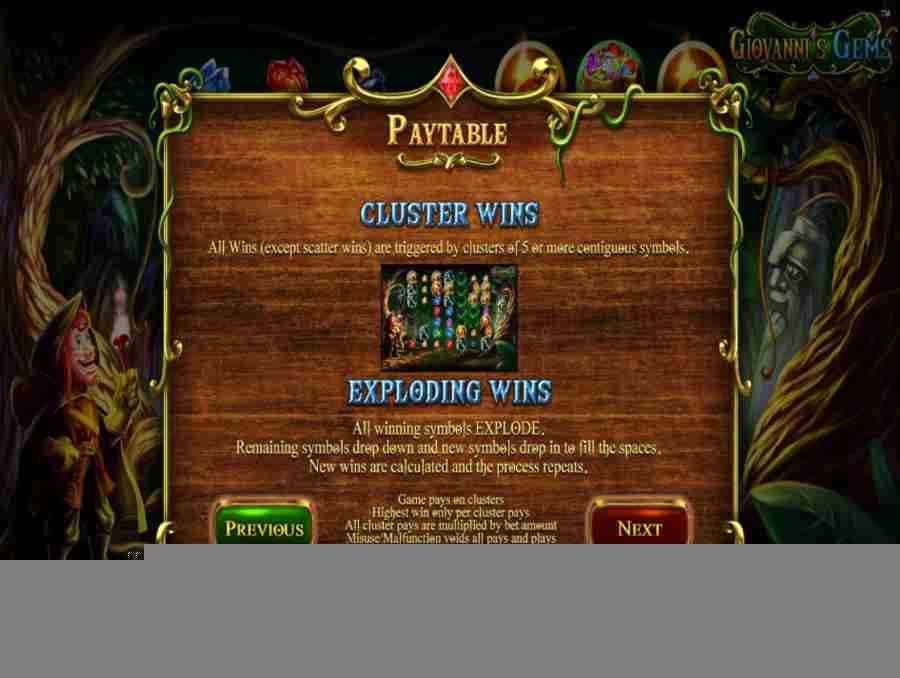 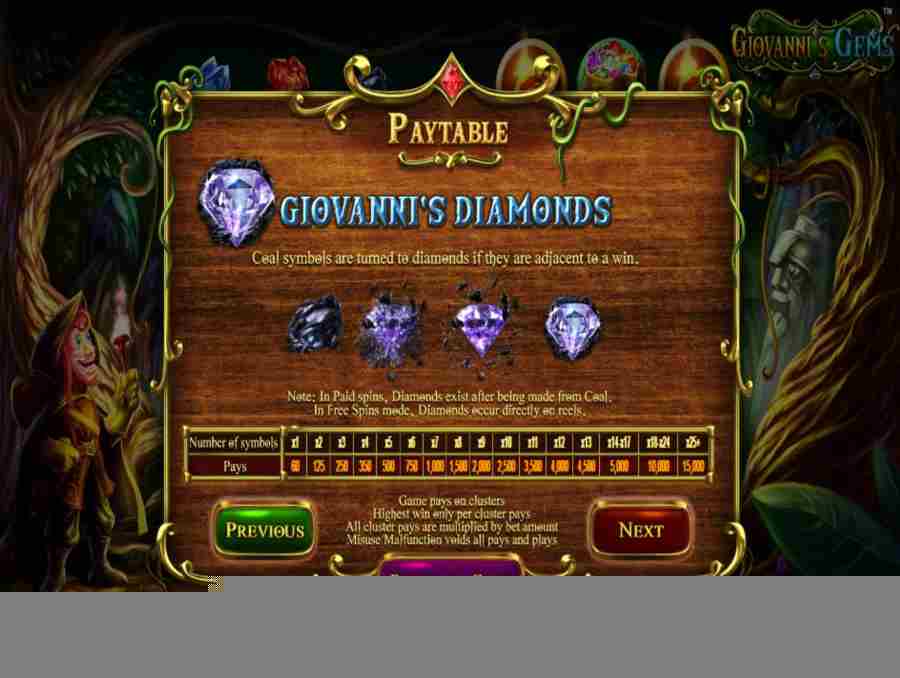 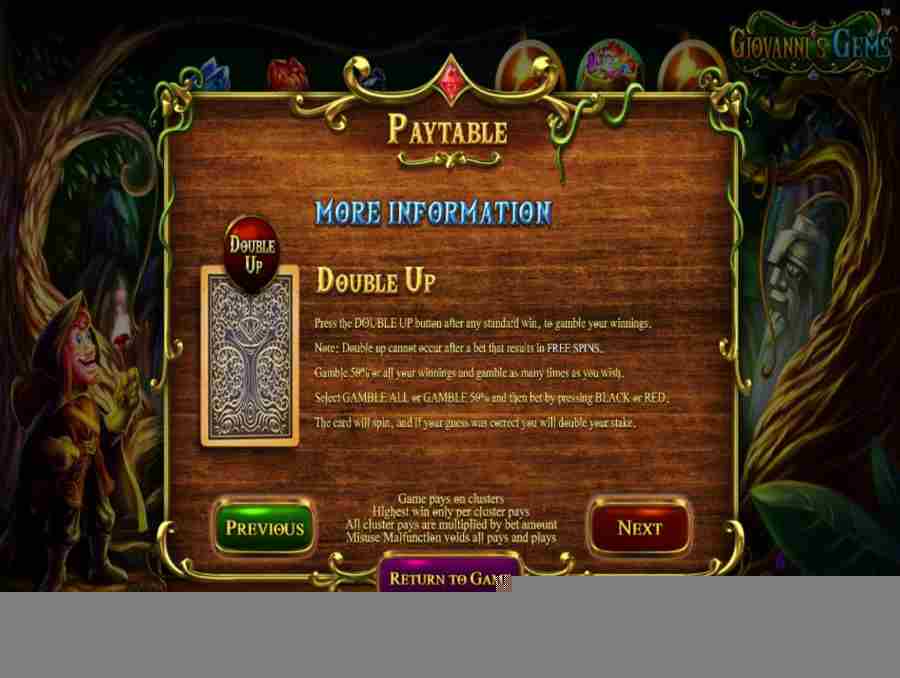 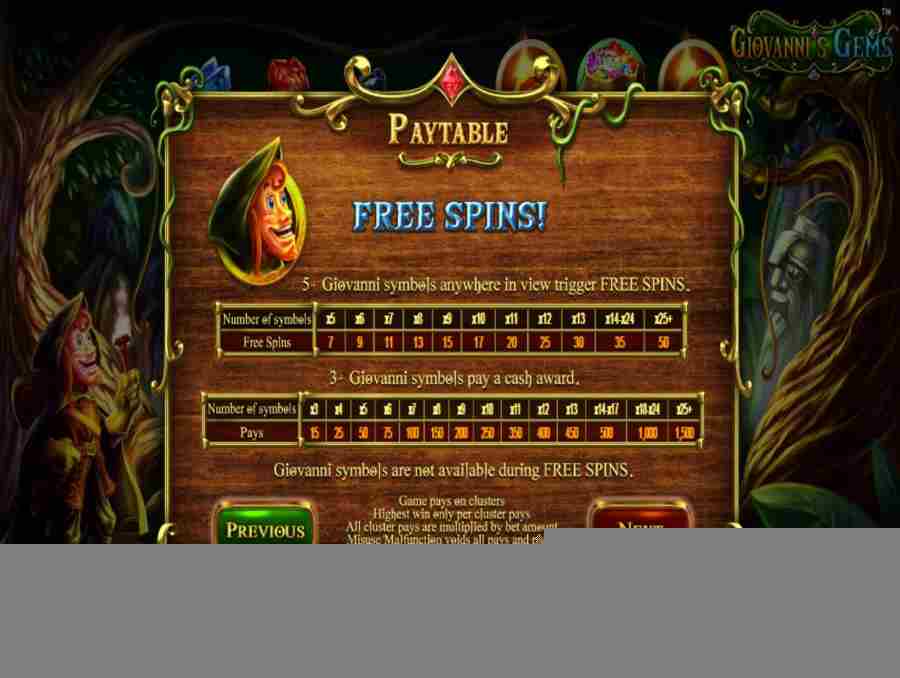 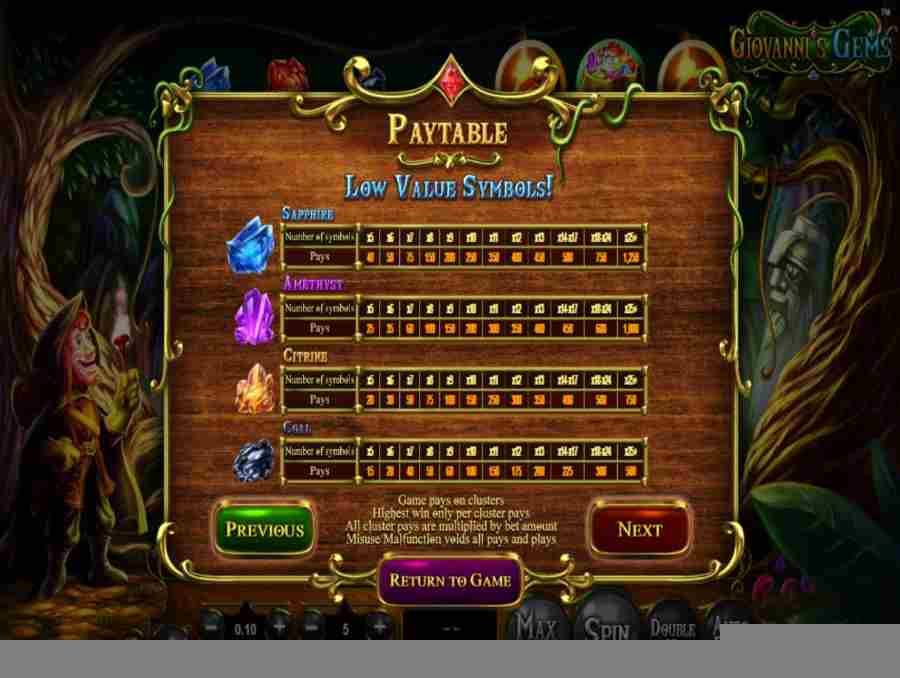 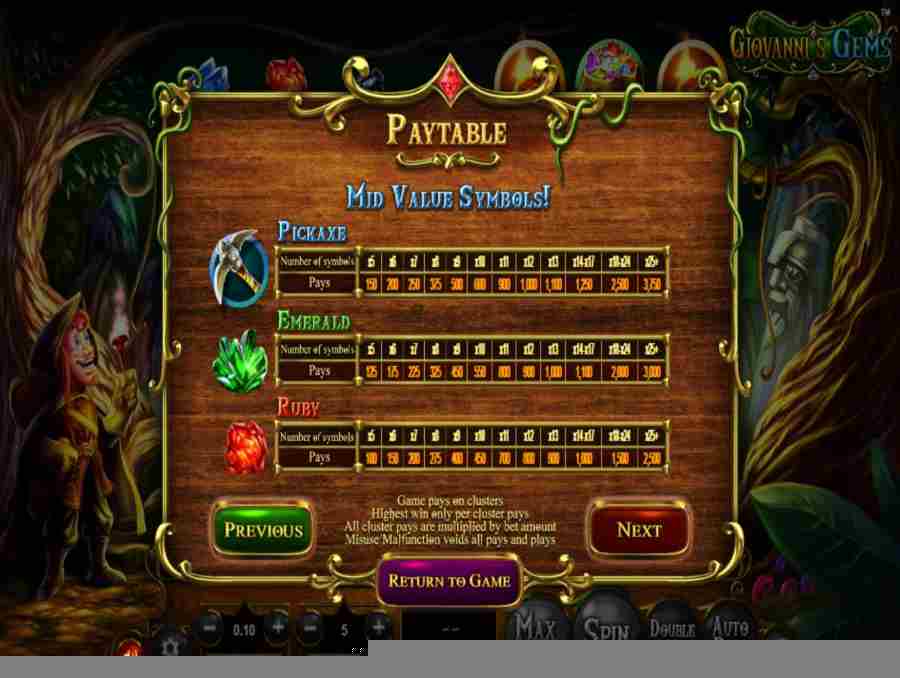 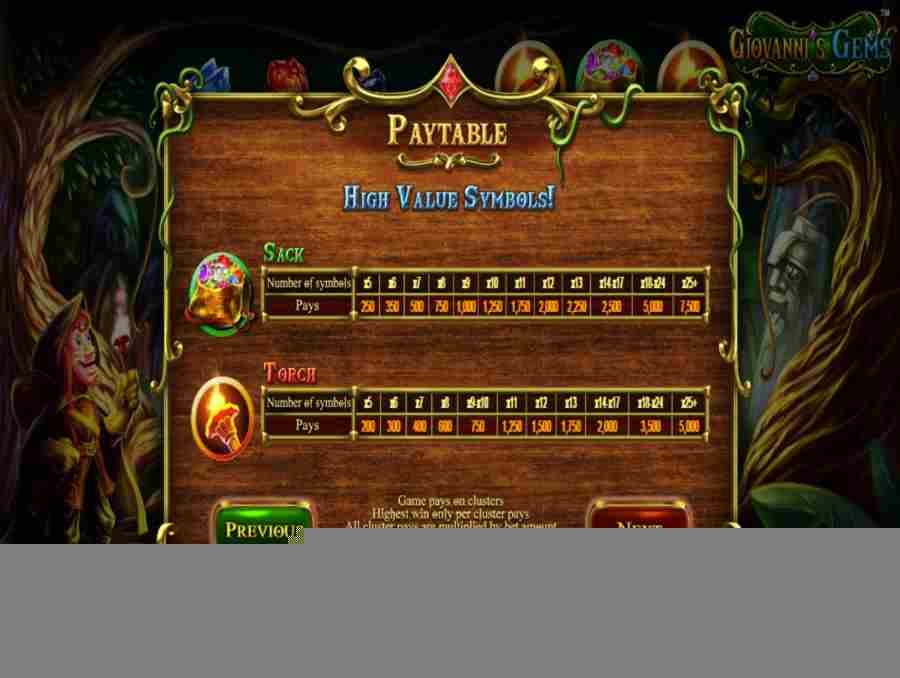