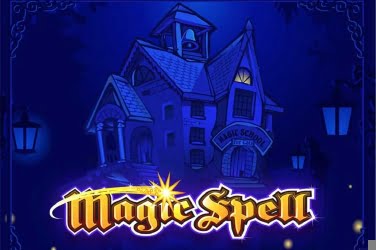 As this particular slots game was added to Microgaming online casinos back in 2007 there is an old feel to the graphics that they have used compared to their later releases. However there is so much on offer across the games 5 reels it is still proving popular with players from around the globe.

It is the Catskills Academy that is the setting for this cute story line. Master Tom is in charge with Miss Quill teaching the 3 Kittens who attend her class. Their images can be found throughout the game along with other appropriately themed symbols.

The reels fill the screen as players set them to spin with a purple colored pattern showing faintly in the background. In addition to this there is a pleasant soundtrack which players can listen to while watching for winning combinations to be located.

Although this online slots game can be enjoyed on Desktop and Tablets, Microgaming have now created a Mobile version. Meaning that players can access the game no matter where they may be.

There are various lower paying symbols that are included upon the games reels. They include a Feather Pen and Scroll, the students Lunch of burger and milk, the Catskills Academy itself, and Miss Quill in the classroom. In addition pay outs are also given when the symbols showing a Backpack, a Chemistry Set, the Academy’s Coat of Arms, and some Books with a Tie and Wand are located.

Leo, Baz, and Catrina are the cute 3 Kittens who are characters in this online slots game. They are high paying symbols and players can see them become animated when a winning combination is created.

Master Tom is in charge of the Academy and he stares sternly as players spin the reels. It acts as a Wild symbol in the game but is only able to randomly change the 3 Kittens icons if a winning payline can be found. However should this occur any winnings will also receive a 5x Multiplier which can increase a players pay out amount substantially.

Letters which spell the word “M-A-G-I-C ” can be found on each of the reels within the game. They have been ornately designed in gold with a deep red background. Although these act as a Scatter symbol in the base game when they fill the reels a Bonus Round is activated.

Once the word “M-A-G-I-C ” is revealed players are offered a Golden Key which will then unlock the Secret Library Bonus Round. Here players are asked to choose from the dusty books upon the shelves which then open to uncover a set pay out amount to be added to their balance.

If a player is lucky enough they may locate the “Win All” logo that can be located during this Bonus Feature. At this point players will see all the coin amounts that are hidden behind the remaining books added to their jackpot amount.

As there are 25 winning paylines in this online slots game players can wager anything from 0.01 to 1.00 on each. This is something which makes it appealing to both high and low rollers who enjoy the Magical theme that has been created here.

Even though Microgaming haven’t included a Progressive Jackpot or Gamble Feature in the games design there are still plenty of Bonus Features to ensure that players are kept entertained throughout.

The fact that there isn’t a Free Spins Bonus Round within the game may deter some players, but instead there are other elements which will mean the initial wager can be added to. One of the main Bonus Features which players can take advantage of is that any win will receive a Multiplier determined on how many coins were placed before the reels were spun. Something which can prove lucrative for those who prefer to stake the maximum amount each time.

Auto Play is another Feature that Microgaming have included in this online slots game. This means that players can set the reels to spin automatically while they are busy doing other things. It is also possible for players to adjust the speed in which the reels spin, and the volume of the music and sound effects. So ultimately players have full control of how they wish to enjoy this slots offering.

Players of all levels can find themselves at Catskills Academy in the Magic Spell slots game and it is still proving popular in Microgaming online casinos. 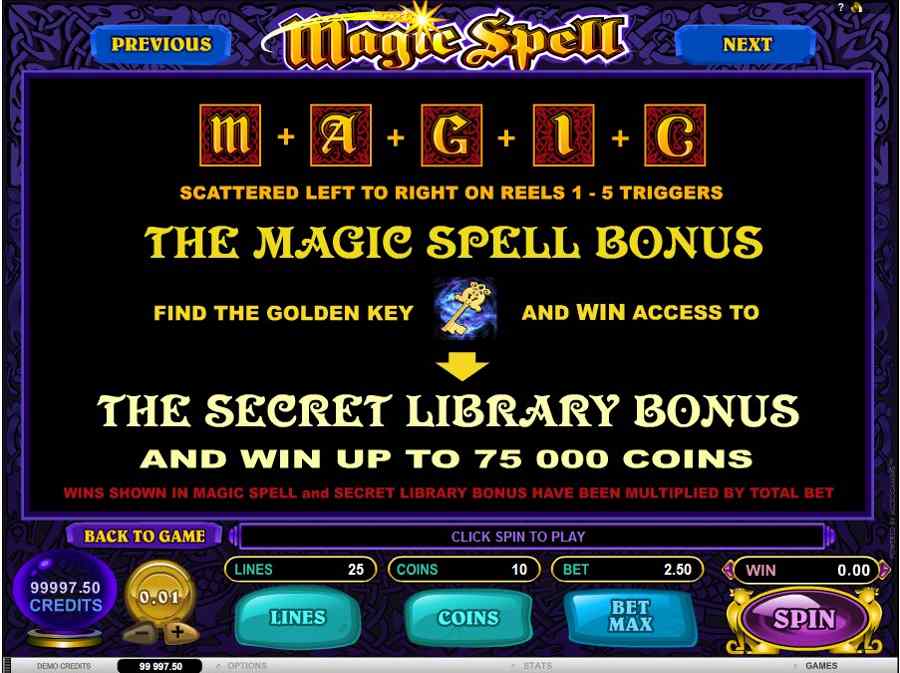 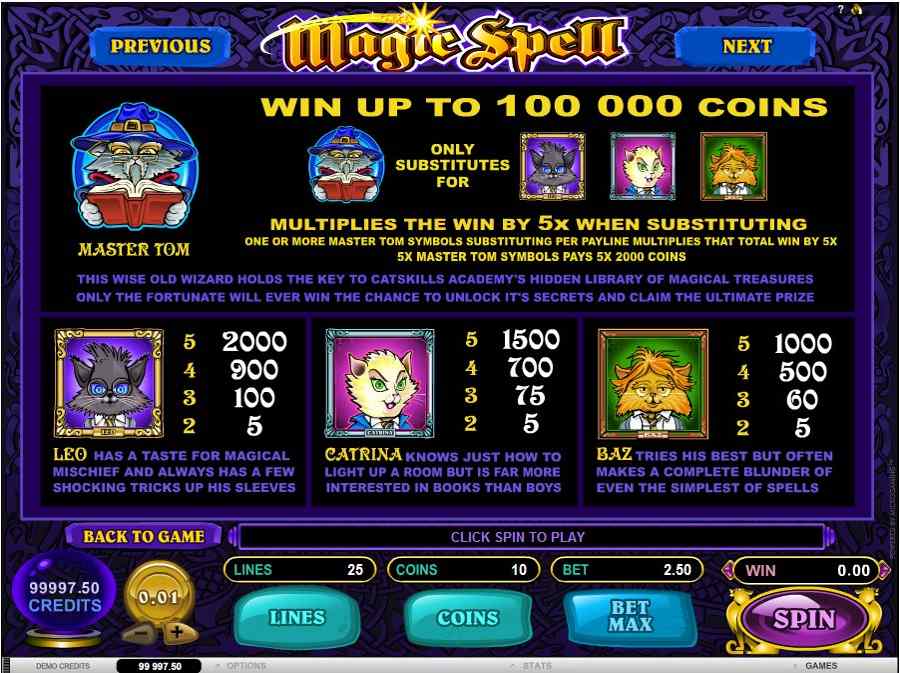 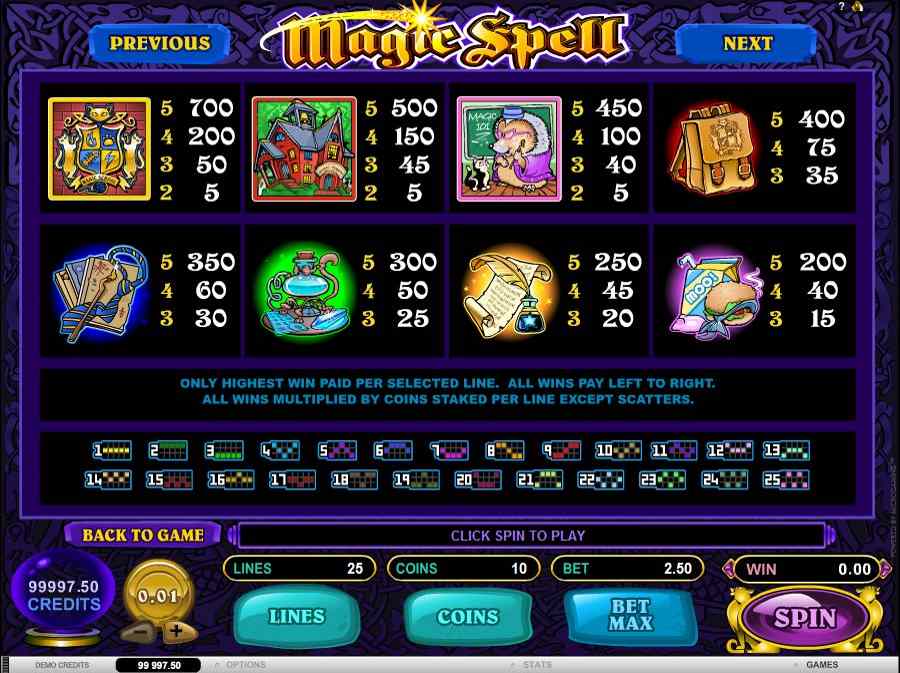 Magic Spell is a non-progressive 5 reel 25 pay-line video slot machine from microgaming, it has a mystic theme, and comes with a wild symbol, scatter symbol, Multiplier, and has a maximum jackpot win of $20,000