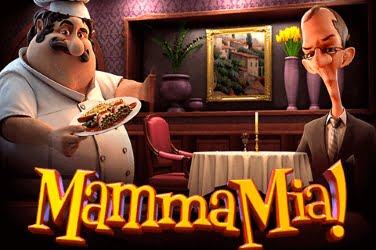 Released in 2011, the Mamma Mia slots game is filled with features to help players increase their final winning amount. Rather than being themed around the song or musical of the same name, players are taken to a Restaurant in Italy in this Betsoft online casino game.

Mamma Mia slots feature the Head Chef of Salvatore’s Restaurant where he is visited by a snooty-looking Food Critic. During the game, players will see the Head Chef at the right side of the screen busily preparing ingredients to include in the meals on the menu. While the Cooking Pots on the stove are used as the buttons for the players to place their bets and set the 5 reels of the game to spin.

The graphics used in the design of the Mamma Mia slots game are of a high quality with a cartoony feel to their 3D animations. Players can also enjoy the Italian Opera tunes which are appropriately played in the background during the game and which adds to the atmosphere.

All the symbols used in the Mamma Mia slots game are in keeping with the Restaurant theme. The Head Chef is, of course, the main character of the game, while the Food Critic is also used as a symbol.

Other symbols which players can find upon the 5 reels of the Mamma Mia slots game include items such as a Pasta Dish, Bottles of Wine, a copy of the Restaurant Weekly Newspaper, a Cooking Pot, and a Cutting Board.

There is a Special Feature included in the Mamma Mia slots game which is rarely found in other games which appear in Betsoft online casinos. This is activated when a Painting Wild is spun during the base game. At this point the player can Lock the Wild in place for the next spin in the hope it can be used to create a winning combination.

Free Spins are given to the player when three or more Pizza Scatter symbols appear on the 5 reels of the Mamma Mia slots game. The amount awarded depends on which ingredient of the Pizza the player chooses from the options available and is a purely random amount. However, such a feature can help to increase the cash balance considerably during the game of Mamma Mia slots.

Two Bonus Mini-Games are also available in the Mamma Mia slots game. The first of these is a Pick Em game which is activated when 3 or more Food Cover symbols are found during a spin in the base game. All of them will uncover a random additional cash amount which will be included in the final payout figure.

The second Mini-Game involves the Food Critic. Here the player will present him with a meal from the menu which he will rate out of 4. The higher the rating given then the higher the cash amount that is awarded to the player.

Before players can set the 5 reels of the Mamma Mia slots game to spin they need to decide how much they wish to wager. Players can place up to 5 coins on any of the 30 pay lines which are available in this online casino game.

The coins sizes used in the Mamma Mia slots game range from $0.02 to $1.00. This can make this Betsoft online casino game popular with both high and low rollers who enjoy all the additional features that are on offer.

Players can use the Painting Wild to help increase their winnings if they are spun during the game of Mamma Mia slots. There is also the Pizza Scatter with Free Spins, and 2 Bonus Mini-Games to provide players with more opportunities to add to their final jackpot amount.

There is also the opportunity to play the Mamma Mia slots game in Auto Play mode. This means that the 5 reels can be set to spin for a certain amount of times, or until the wagered amount is reached. Then the player can return with the chance to cash in any winnings that have been accumulated while they were busy doing other things.

With such detailed graphics and engaging storyline, players of all levels can enjoy the fun which the Mamma Mia slots game supplies. Taking advantage of the various features that are on offer to provide players with more opportunities to add to their winnings. 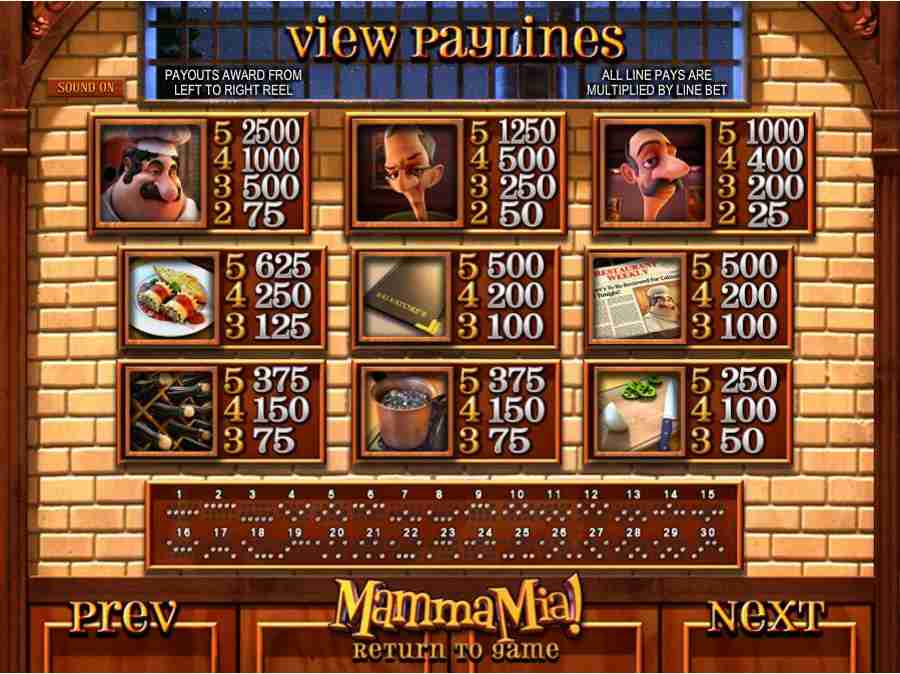 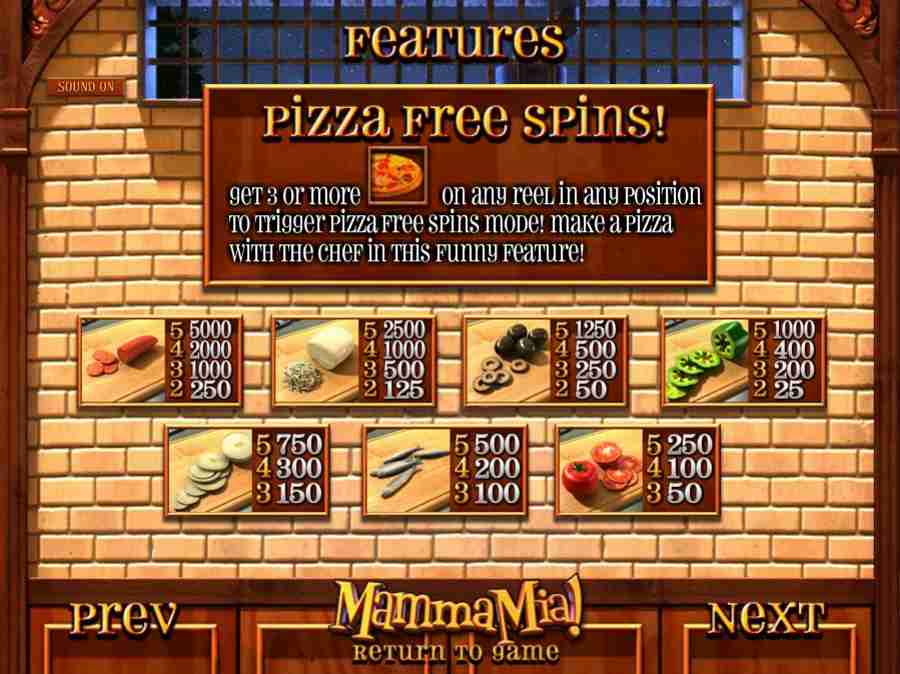 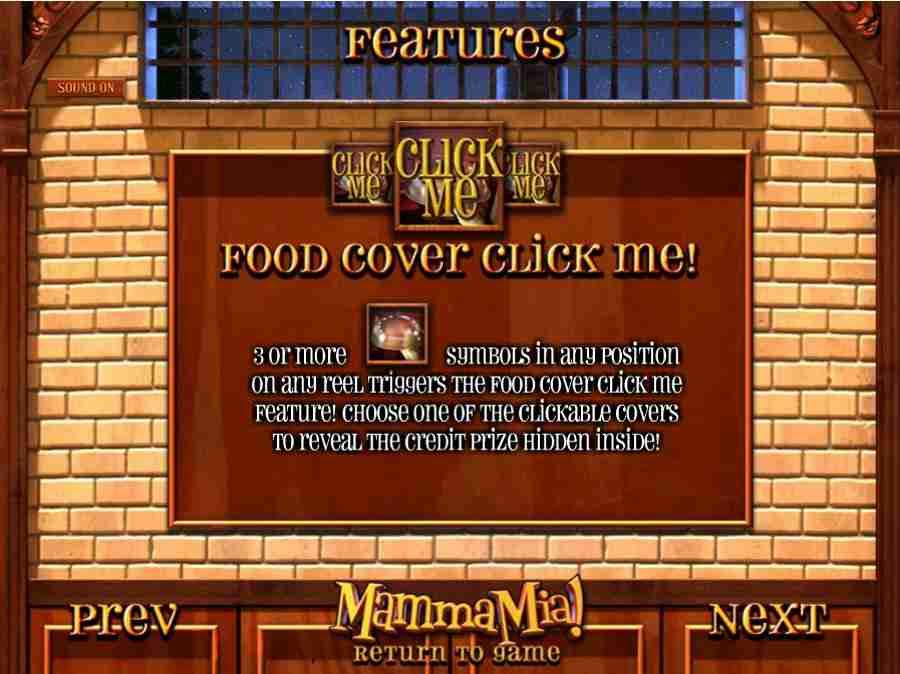 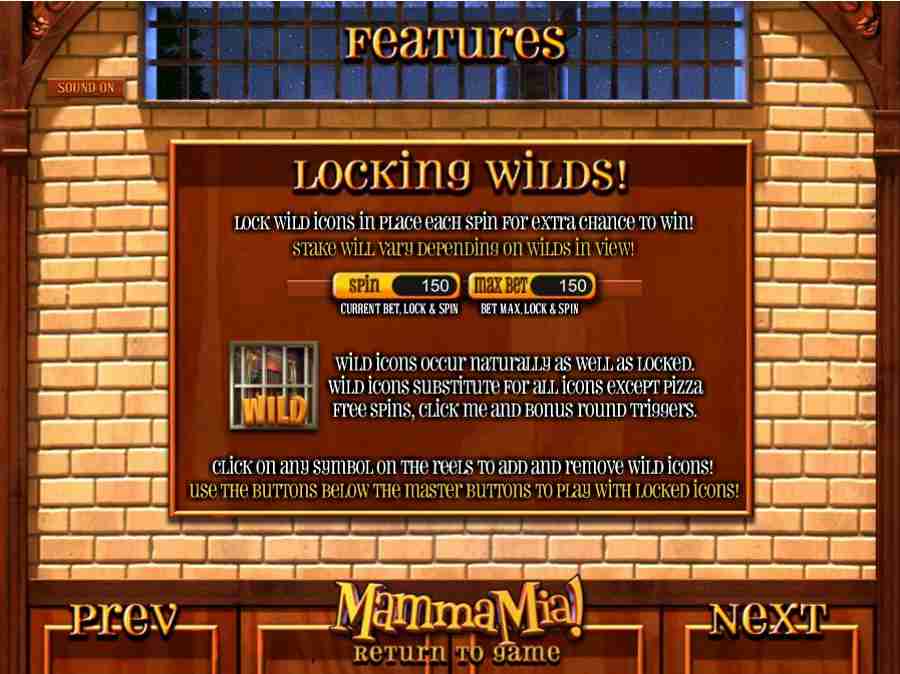 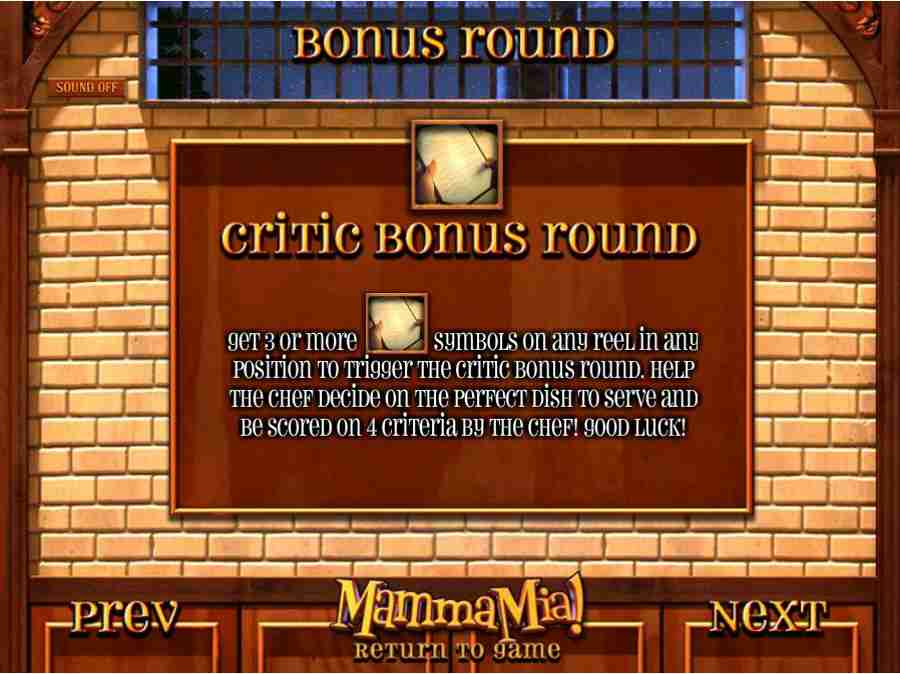 Mamma Mia is a non-progressive 5 reel, 30-payline, 3D video slot machine game from betsoft. it has a cooking theme, and comes with a wild symbol, scatter symbol, free spins and has a maximum jackpot win of $2,500.