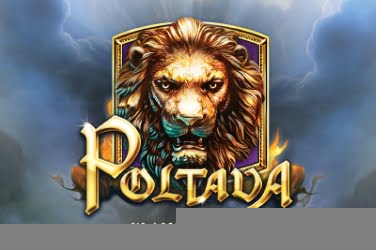 The full title of this slot game is Poltava: Flames of War and is based on the Battle of Poltava which was fought during 1709 whereby the Russians defeated the Swedes. Players can find the 5 reels set within an ornate golden frame.

However, in keeping with the Great Northern War theme, the reels are transparent to reveal a scene of the battlefield. Adding to the atmosphere players can also hear some broody and menacing music in the background throughout the game.

All the graphics that have been used are of the highest quality and players can find detailed symbols as they watch the reels spin. There are also exquisite animations to be enjoyed when a winning combination is found.

Elk studios have ensured that all players can access this latest release by making it available on Desktop, Tablet, and all Mobile devices. This means that despite where they may be players can join the soldiers on the battlefield with various chances to add to their initial wager in the Poltava slots game.

The lowest paying symbols are the usual 9 through to Ace symbols that are found in many slots games. Here they have been edged in gold and then colored in a soft shade of blue. Higher paying images show a Horse for the Cavalry, a Field Gun to represent the Artillery, and finally, a brave Soldier who is part of the Infantry.

Wild – this is depicted by the games Logo and when it appears other symbols can be changed to create a winning payline. This Feature provides players with further opportunities to see their balance increase.

Scatter – a Lions Head is the Scatter symbol which is used in the game. They need to be located on the 2nd, 3rd, and 4th reels to activate the Free Spins Bonus Round. Now players are awarded 3x Free Spins while the Lions Head symbols remain frozen in place and act as a Wild until the player is returned to the main game.

Although this Bonus Round can’t be re-triggered, if any more Scatters appear on the reels then 1x extra Free Spin for each will be added to those that remain in play. Something that can become rather lucrative if the player continues to reveal the Lions Head symbol during this level of the game.

Marching Reels – this will occur when the Cavalry, Artillery, and Infantry symbols are revealed stacked upon 1 of the 5 reels of the game. Players will now receive 1x Re-spin and see the stacked reel move to the right. If any of these 3 symbols appear again to the right of the reel it is moved to the left. When no more matching symbols are revealed this Bonus Round will end but throughout there are numerous opportunities for players to add to their winnings.

Although there is no Progress Jackpot, Gamble Feature, Multipliers or Mini-Games included in this slots format the Poltava online casino game is still proving popular with various players of all levels.

Players can wager anything from 0.20 to 100.00 on each spin of this online slots game. And as it boasts 40 winning paylines this allows plenty of chances for them to increase their original stake.

A Logo Wild and Lions Head Scatter are also stacked upon the reels of the game. While the Wild can create more wins the Scatter will award players with a Free Spin Bonus Round when 3 or more are revealed. These along with the Marching Reels Feature that can be found are all fun elements that have been included in the game’s format which are proving popular with both high and low rollers.

It is possible to access the Auto Play Feature during this slots game which is useful for those that prefer to be less interactive with the Elk Studio’s software. As the reels are left to spin automatically if players are lucky enough they can return to find their pay amount increased due to the various winning combinations that the game provides.

This slots game is considered to be have a Medium to High variance so though the higher pay outs may be harder to achieve with a RTP of 96.40% there are still players of all levels who are finding the Poltava slots game appealing.

– Try Poltava: Flames of War here with a free spin or play for real money at Elk Studios casinos 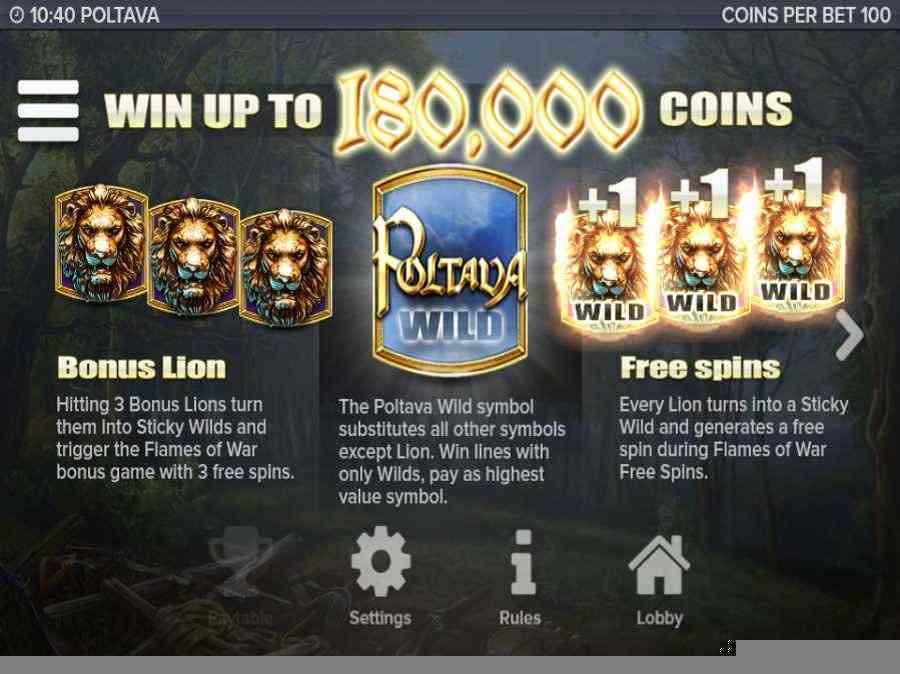 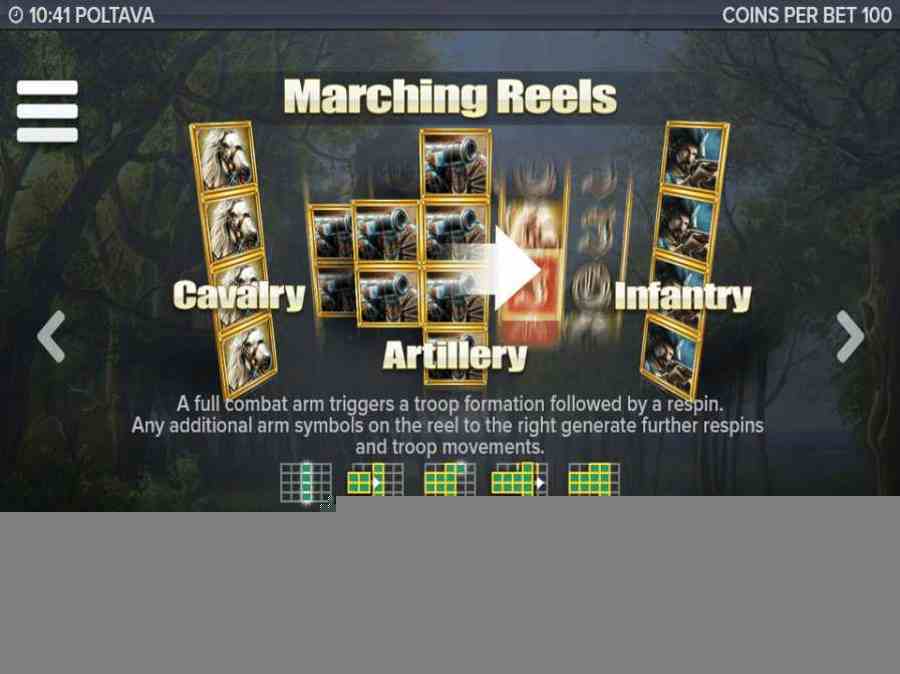 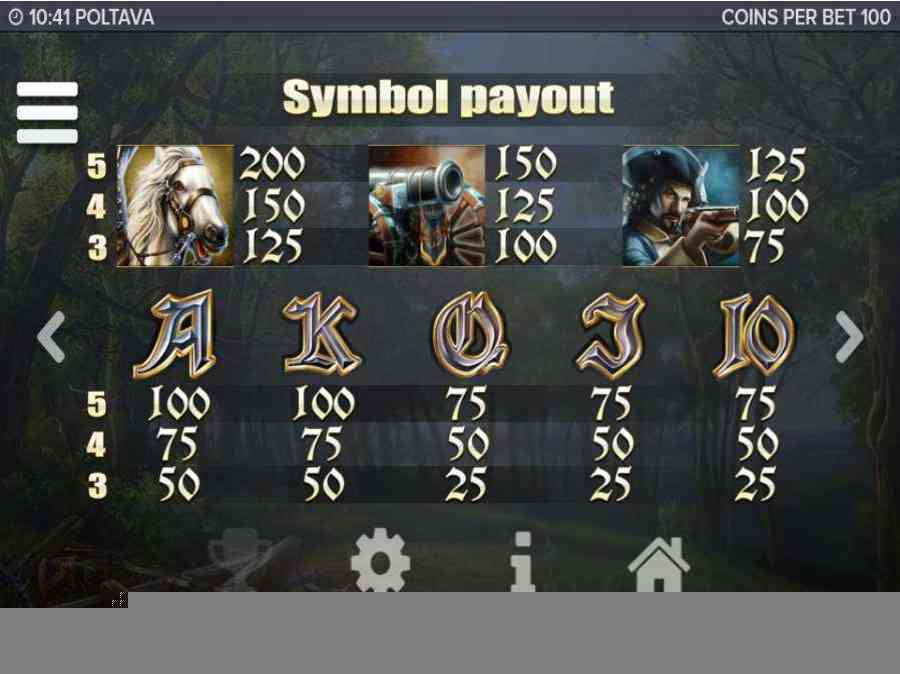 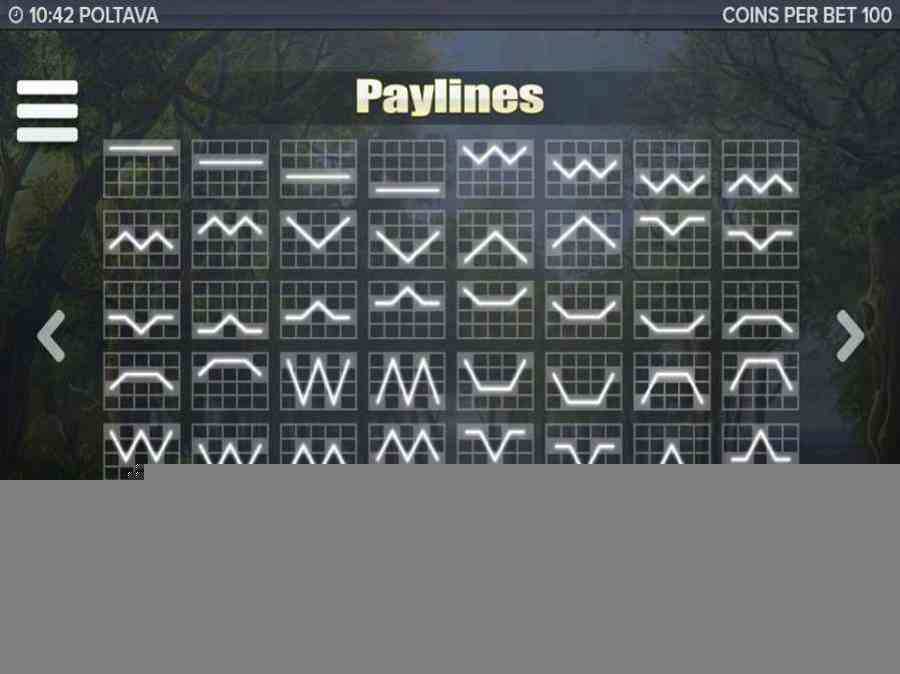 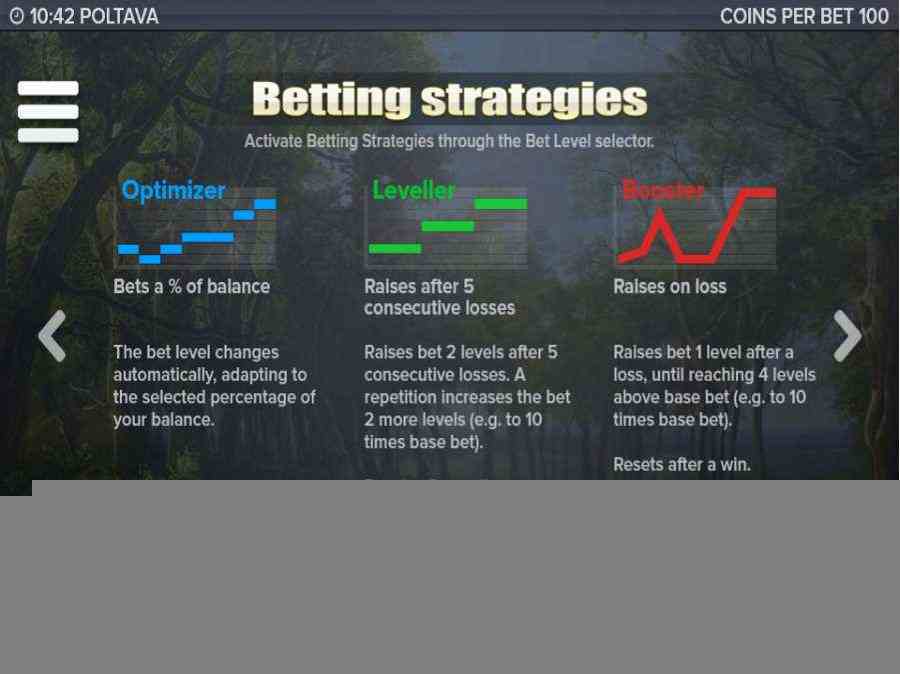 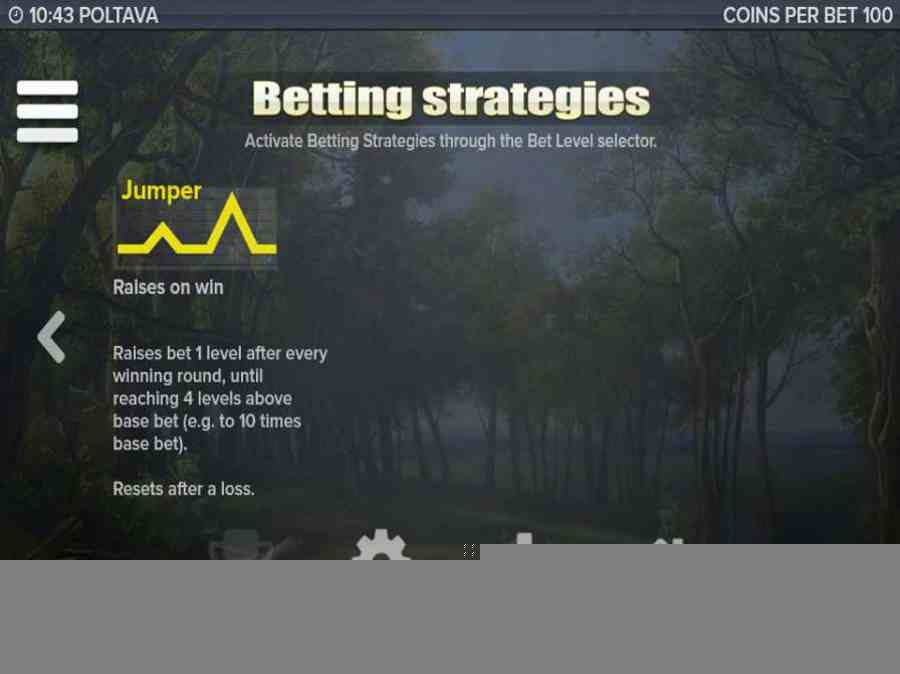 Poltava Flames of War is a non progressive 5 reel 40 pay-line video slot machine from Elk Studios, it has a Epic battle theme, and comes with a Marching Reels, wild symbol, Scatter and free spins and has a maximum jackpot win of $450,00.