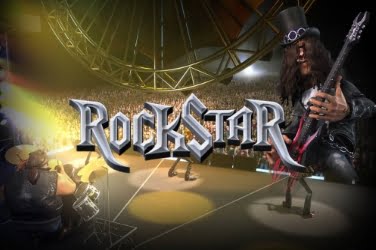 Released in 2012 the Rock Star slots game takes players on tour with a Rock Band. The classic rock theme is continued with the amazing music which can be heard in the background throughout the game.

The 5 reels of the Rock Star slots game are positioned upon a concert stage with lights draped across the top. Betsoft has used quality graphics in the game’s design, using silvers and blacks to create a Gothic feel.

A drum and two guitars are used as part of the control panel design in the Rock Star Slots. This is at the bottom of the screen and players can clearly view their balance at any point during the game.

All the Rock related symbols are in 3D and at various points, throughout the Rock Star slots game, they will become animated. Players will be able to watch as the band performs on stage if the player is lucky enough to generate a big win.

There are 4 Band Members in the Rock Star slots game which include a cigarette smoking Guitarist, the female Back-Up Singer, a bearded Drummer, and of course the long-haired Lead Singer.

Not only are these 4 the main characters in the Rock Stars slots game, but they also carry a Bonus Feature if 5 are revealed. The Lead Singer symbol will award players with an additional 2500 coins to be included in the jackpot balance. Each of the other 3 Band Members will all increase the payout amount by 2000 coins.

The Rock Stars slots game has 2 Wild symbols which are both depicted as Discs. When 3 or more of them are found they will include a Multiplier, however, the amount depends on the color of the Disc revealed.

If 3 or more Gold Disc symbols are found during the Rock Star slots game the player can see any winnings receive a 2x Multiplier. This is increased to 5x if the Platinum Disc is spun.

However, the Betsoft designers have included an additional Bonus Feature should the two colored Discs appear alongside each other upon. Then the player is given a 10x Multiplier to be added to their winnings.

A Guitar symbol will activate a Bonus Round during the Rock Star slots game. When 3 or more are found players will be asked to use their skills in playing the instrument. Their performance will decide the random prize that the player receives.

The Concert Ticket symbol also provides players with the chance to further their winnings. Should players 3 or more they will be taken to a 2nd screen where a “Pick ‘Em” style game begins. Here players need to hit the right notes to reveal a random amount which is then added to the jackpot balance.

Lower paying symbols include a Backstage Pass, a Bottle of Jack Daniels, 2 Female Groupies, a Rock Magazine, and a Record Contract. Any of these can be used to create a winning combination during the game of Rock Star Slots.

Players can place a maximum of 5 coins on any of the 30 winning pay-lines that are available in the Rock Stars slots game. These can range from 0.02 to 1.00 so that players can wager as much or as little as they choose.

Once the bet is placed the player can hit the button for the 5 reels to spin. With so many winning combinations there are numerous chances for players to add to their winnings. And of course, in addition to the lower paying symbols, there are several Bonus Features on offer in the Rock Star slots game.

With Multipliers of 2x, 5x and 10x the players initial wager the pay-out amount can become quite sizable if betting the maximum. There are also 2 Bonus Rounds included in the Rock Star slots game which adds to the fun of this Betsoft release.

Although there is no Progressive Jackpot, Gamble Round, Scatters or Free Spins, there is still enough on offer to keep players entertained.

However, there is an option for players to enjoy the Rock Star slots game in Auto Play. This is useful for those who need to be less interactive with the Betsoft software. Whether the reels are set to spin for a certain amount of times, or until the initial wager is reached.

It is possible for both high and low rollers to enjoy the Rock Star slots game. Wagers can be kept low, though there are various ways for players to maximize on their winning total. 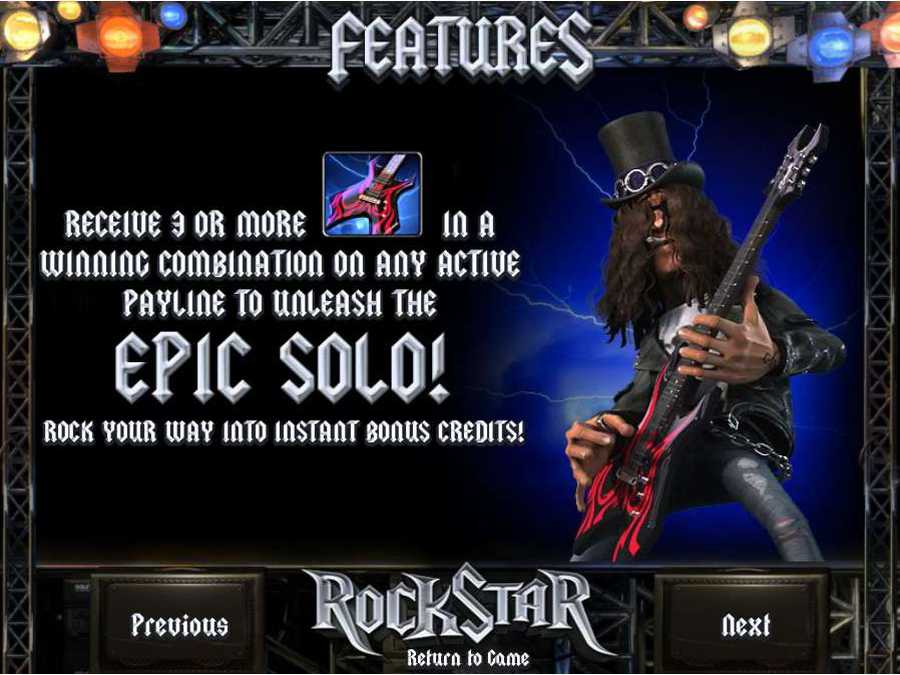 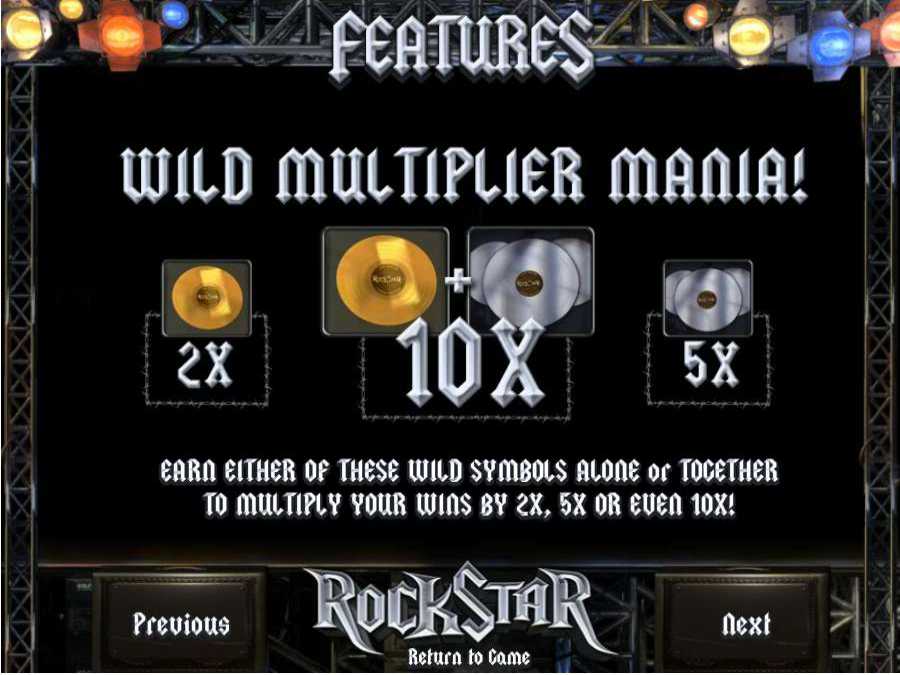 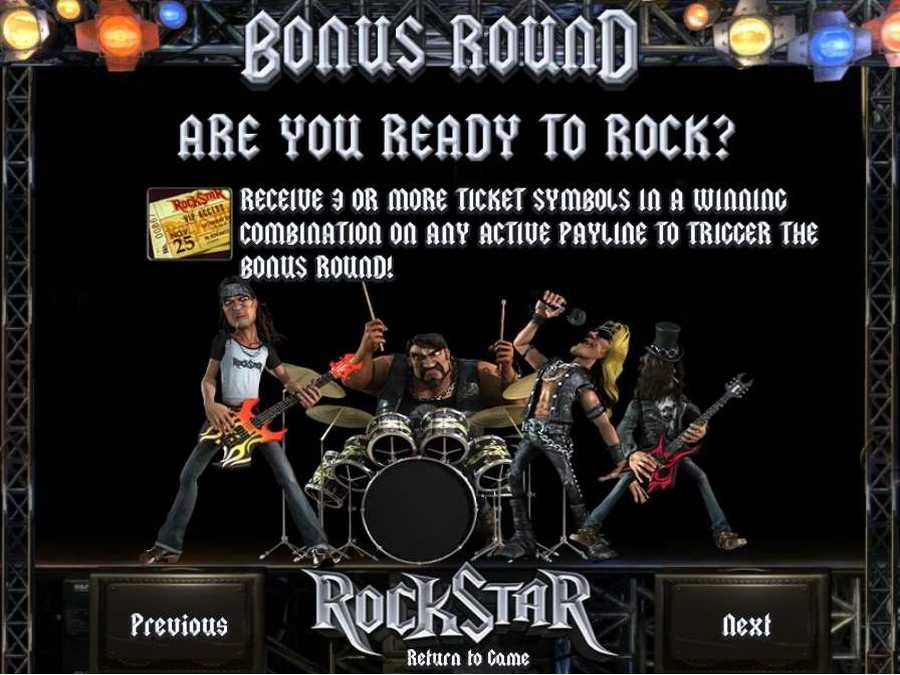 Rockstar is a non-progressive 5 reel 30 pay-line 3D video slots machine game from betsoft, It has a classic rock band theme, and comes with a multiplier, wild symbol, and has a maximum jackpot win of $2500