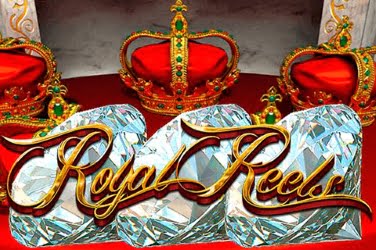 There is an elegant feel to the Royal Reels slots game. The 5 reels are set within golden pillars, with jewel topped columns and a plush red piece of drapery at the top of the screen. When Betsoft released this game their designers used highly detailed 3D graphics which become animated if they are included in 1 of the 30 winning pay lines on offer.

Players can also enjoy the relevant sound effects and theme music which plays in the background during the game of Royal Reels slots. All of which adds to the atmosphere of the game.

The symbols used in the Royal Reels slots game all have are regal theme. Players can find the usual 10 through to Ace icons, but these have been revamped to provide a more elegant touch. There are also Cherries and Plum symbols which are the lower paying icons within the game of Royal Reels slots.

A Diamond symbol is used as the Wild in the Royal Reels slots game, along with a Royal Crown and 3 Gems which activate Bonus Games for players to enjoy. Both of these can help players to increase their winnings to be included in their final pay out figure.

When the 5 reels of the Royal Reels slots game are spun players can find the Diamond Wild symbol to have the opportunity to increase their final pay out amount. They can change any other symbol to create a winning payline, 30 of which are available for players to take advantage of.

It is the Diamond Wild in Royal Reels slots which also awards players with the games highest jackpot amount. This is can be up to a maximum of $12,500 if the full $1.00 is placed on each winning payline, and can help to increase the jackpot figure substantially.

There are 2 Bonus Mini-Games included in the Royal Reels slots game. One of these is activated when 3 or more Royal Crown symbols appear across the reels. At this point the player can choose from 5 different Crowns to reveal a cash prize to be included in the final jackpot amount.

The 2nd Mini-Game which the Royal Reels slots game boasts is a “Click Me” Feature. This Bonus Feature is awarded to the player when 3 or more Gem symbols are spun. Again this is an opportunity for players to add to their winnings.

Some may consider Royal Reels slots dull in comparison to other Betsoft online casino games. This could be due to the fact that there isn’t a Scatter, Free Spins or Multipliers on offer. Nor is there a Progressive Jackpot to claim during game play. However there are other chances for players to increase their winnings.

Coin denominations used in the Royal Reels slots game begin at just $0.02 and rise to $1.00. With 30 winning paylines to choose from players can wager as much or little as they like. So both high and low rollers can take advantage of the various opportunities to add to their winnings in this Betsoft online casino game.

As there are few features to be found in the Royal Reels slots game, it is the two Mini-Games which are on offer that players can enjoy. One of the Mini-Games is activated when 3 or more Royal Crown symbols appear across the games reels. At this point the player is taken to a second screen where they can choose from 5 Crown symbols to reveal a random cash prize.

The second Mini-Game is a “Click Me” game which is made available to players when 3 or more Gem symbols are spun. This is a further chance for players to increase their final jackpot amount by uncovering prizes until the “Collect” icon is shown.

Unusually there isn’t a Scatter, a Free Spins Bous Round or any Multipliers to be found in the Royal Reels slots game. Along with the factor that there is no Progressive Jackpot or Gamble Feature this Betsoft online casino game may not be appealing to high rollers or those who enjoy the thrill of these Bonus Features.

Yet the Royal Reels is still proving popular with players who prefer to keep their bets low and it is ideal for beginners to the world of Betsoft online casinos. With its bright and colorful graphics there is plenty of fun to be found within the Royal Reels slots game. 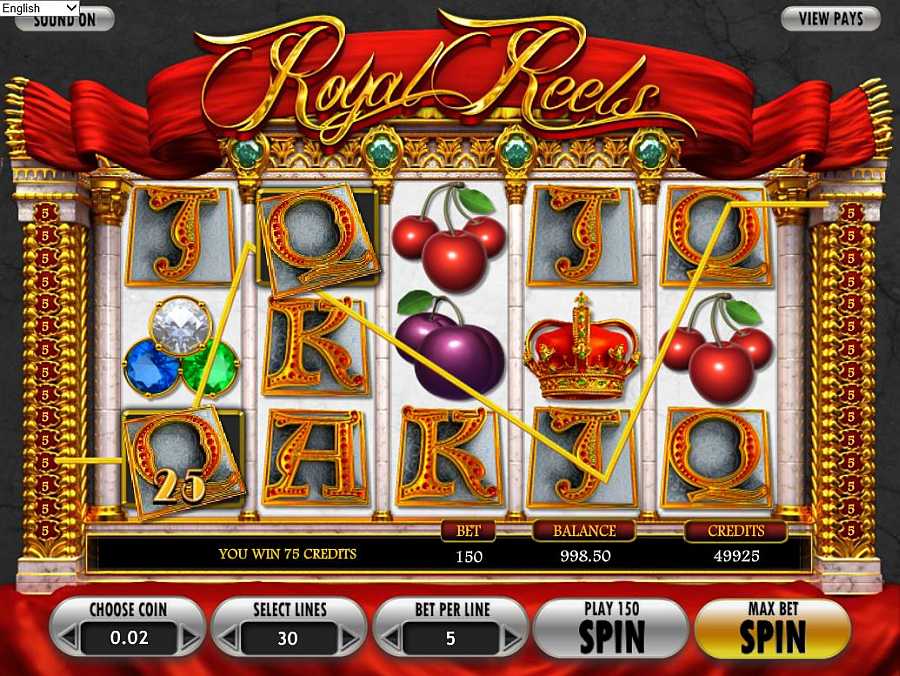 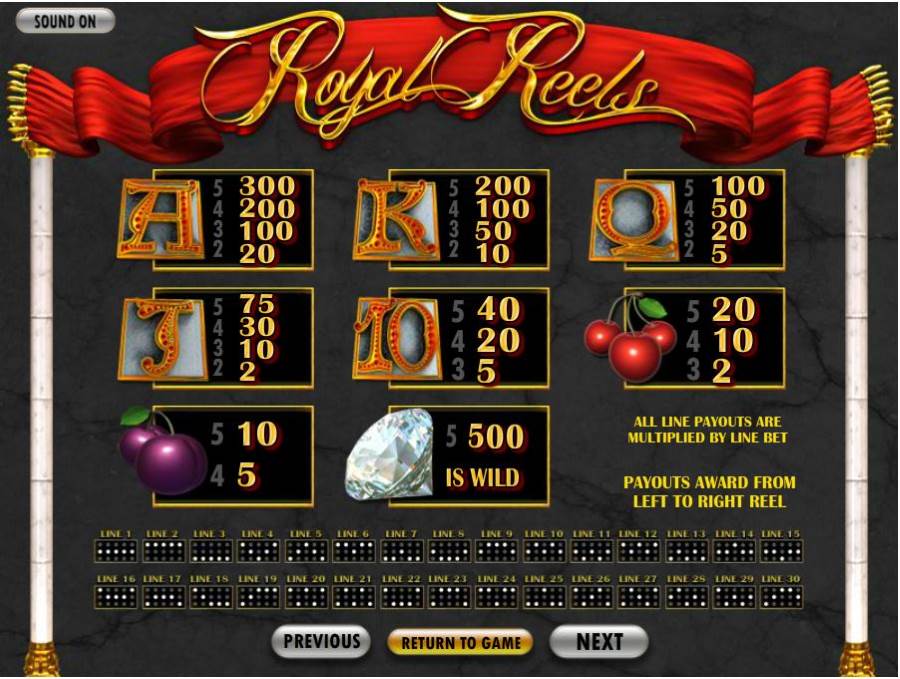 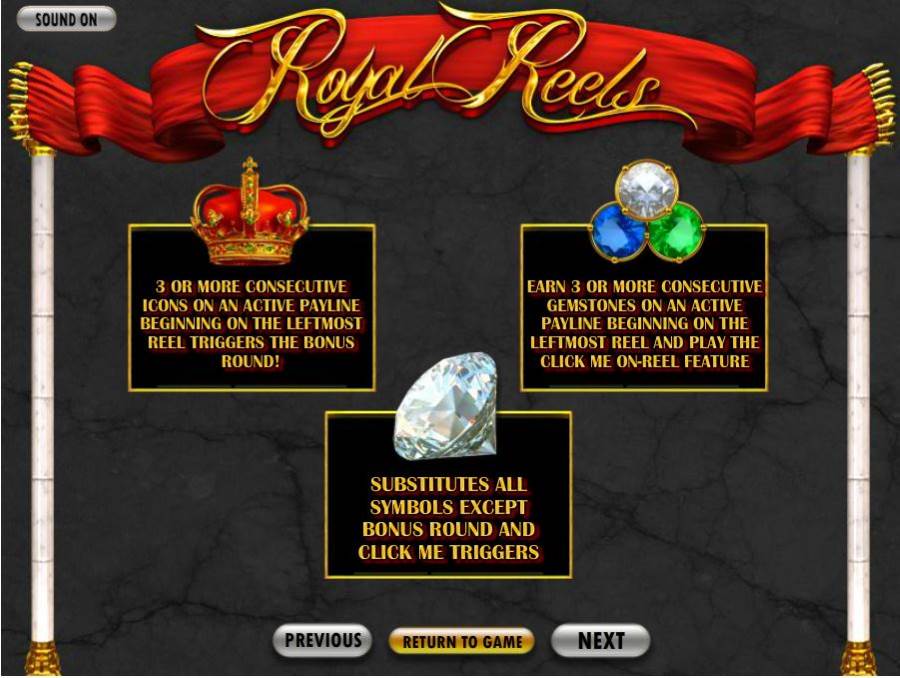 Royal Reels is a non-progressive 5 reel 30 pay-line 3D video slot machine game from BetSoft, it has a royal theme, and comes with a wild symbol, and has a maximum jackpot win of $7500 Give Royal Reels a free spin here or visit BetSoft Casinos to play for real money.