So Many Monsters Slots Review 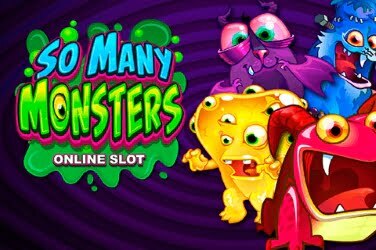 So Many Monsters is a Microgaming release that went live in tandem with the sister games, So Much Candy and So Much Sushi. All three games belong to Microgaming’s So Much More series. They even share the same basic game structure and have bonuses and other features that are similar to each other. The best part about these games is that they are not the realistic, transport-you-to-another world sort of games. Rather, they are light-hearted and fun with bright colors and illustrative graphics.

The monsters in So Many Monsters, too, are the epitome of cuteness. Not for them the scary faces, loud screaming, and the gloomy music. They are cuddly and colorful. Meet RavtonStein, Squideye, Eyez, Baxter, and Frogmosher, who stand in for the high paying symbols in this game. The low paying symbols are represented by the poker high cards of 10, J, Q, K and A. With cheerful graphics, a quirky sense of humor, and a decent soundtrack, So Many Monsters makes for hours of enjoyable gameplay.

So Many Monsters Slot Features

The Scatter symbol is designed like a big green monster eye. Having at least three of these eyes ogling at you from the reels can earn you the chance to choose from a range of free spin options. You can read more about that below.

The Scatter combination triggers the free spin mode, which works in a slightly different manner in this game, compared to most other slot games. You get five choices for the number of free spins you can play, which ranges from 8 to 16. There is a catch though. The higher number of spins lowers the maximum winning amount considerably. The lowest number of spins, which is eight, gives you the chance to win up to 64,000 coins per line.

The Many More Monsters feature is the draw of the game. Any of the high paying symbols when they are a part of the winning combination can split into up to five more symbols, forming more of these winning combinations. It is possible to have a maximum combination of up to 25 of the same symbol during any spin, paying out up to 560x of your total stake in addition to the symbols.

So Many Monsters Game Play

So Many Monsters is a five reel slot game with 25 fixed pay-lines. Since the pay-lines cannot be deselected, they all have to be played. The coin values and sizes can be chosen by the players. With a minimum of 0.01 and a maximum of 0.20 per coin, the game offers a fair range of bets to suit every kind of player. The bets can range from 0.20 to 50 credits per spin, with the ability the bet a maximum of 20 coins per symbol.

So Many Monsters is a thoroughly enjoyable and entertaining game. At the end of the game, you are sure to want to take the cute and cuddly monsters home with you along with your winnings from the game. 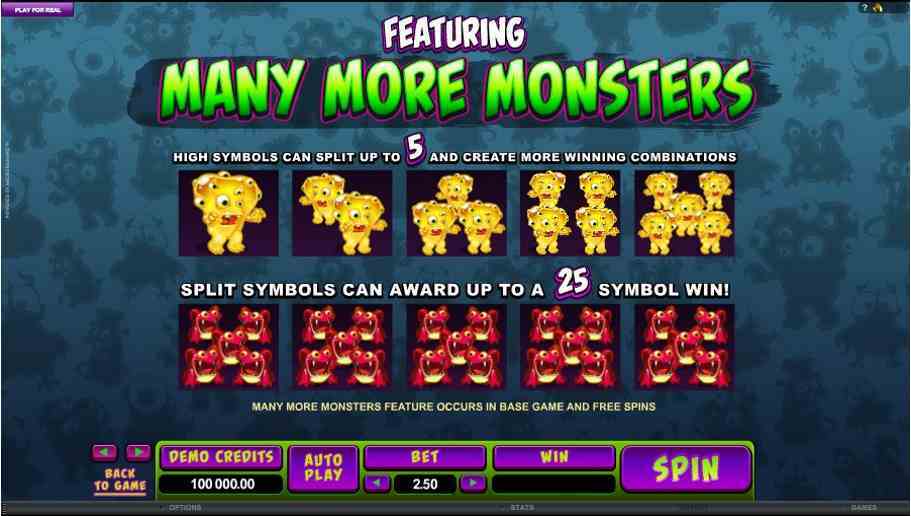 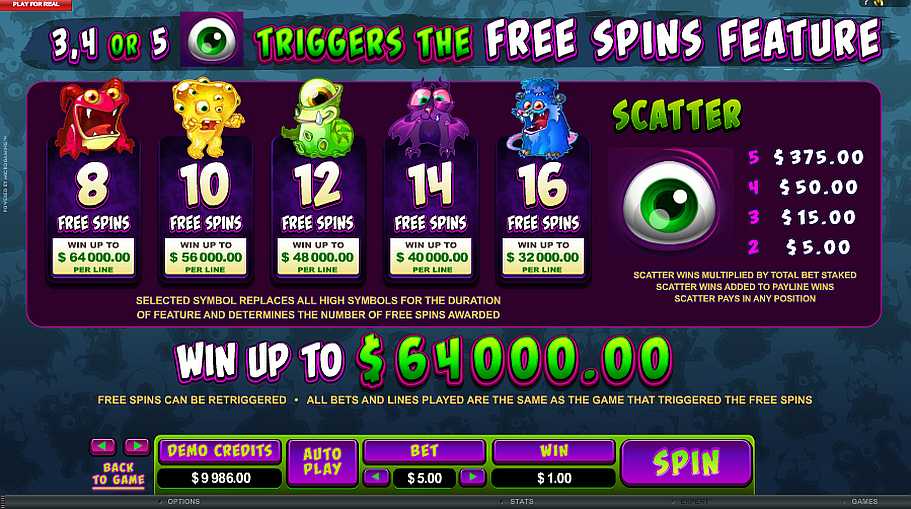 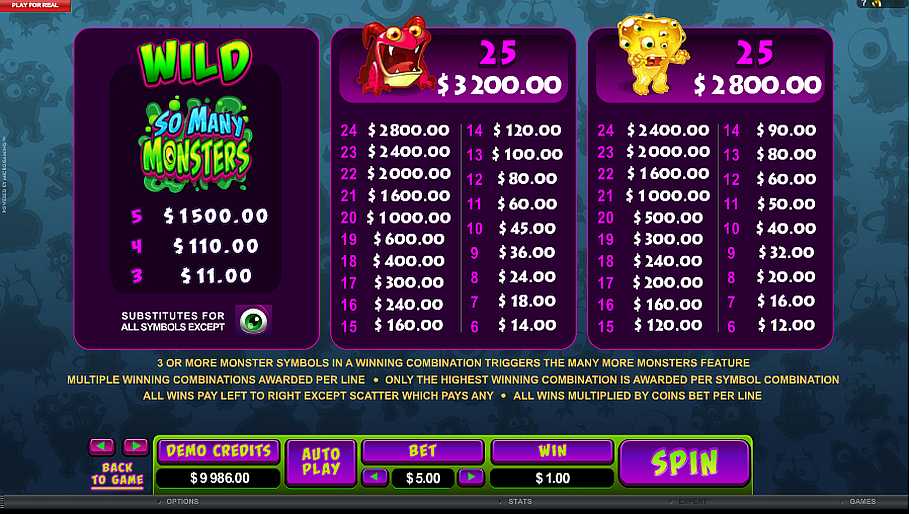 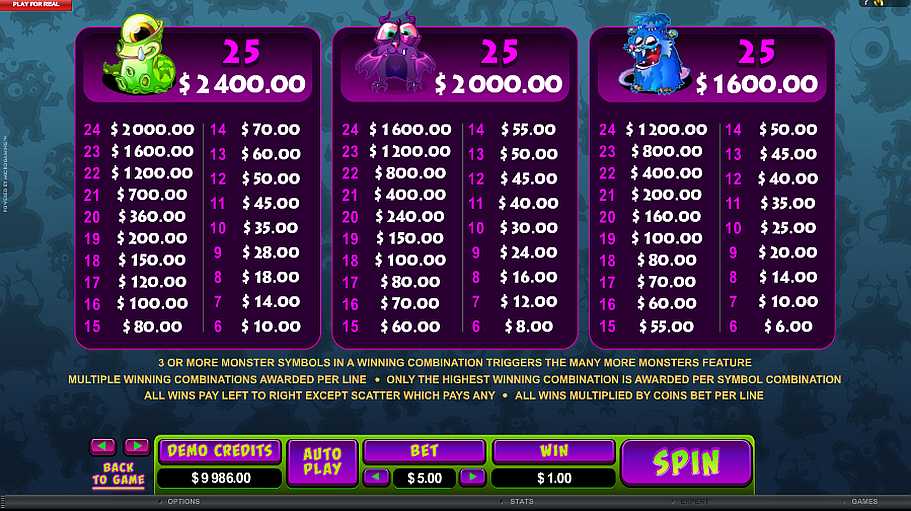 So Many Monsters Casinos & Bonuses

So Many Monsters Review Breakdown

So Many Monsters is a non-progressive 5 reel 25 pay-line video slot machine game from Microgaming, it has a monster theme, and comes with a wild symbol, scatter symbol, free spins and has a maximum jackpot win of $56,000