So Much Candy Slots Review 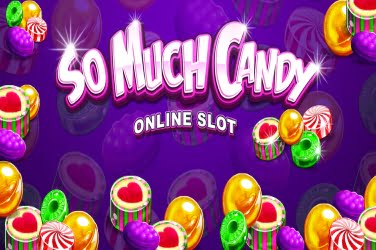 So Much Candy is a new release in the Microgaming’s So Much More series. It went live with two other games called So Much Sushi and So Many Monsters, that share the same basic traits and features, but with different symbols. So Much Candy is easily the brightest and most colorful game of the lot with symbols that feature gumball machines, fruit sweets, strawberry swirls, and rock candy.

The colors of this game are slightly feminine, but that is only to be expected given the theme it is based on. The music is bouncy and upbeat and the sound effects evoke the memories of candy bouncing around in the gumball machine. Apart from the five high paying symbols that are all represented by images of different types of candy, there are five lower paying symbols that are represented by card symbols, 10 through Ace.

So Much Candy Slot Features

There is a Wild symbol in the game which is represented by the So Much Candy logo. It can substitute any other symbol on the reels during the gameplay. It also has a multiplier that can pay out up to 300x the stake amount.

The Scatter symbol is designed as a bubble gum vending machine. Having three of these symbols land on your reels anywhere triggers the options to choose for your free spin round. You can read more about the free spins feature in the next section.

The game has a unique split feature that can split the higher paying candy symbols up to five times, whenever there is a winning combination. The symbols can split up to 25 times each, creating a high payout per spin, of up to 560x your initial stake.

So Much Candy Game Play

So Much Candy is a nonprogressive video slot with five reels and 25 pay-lines. The pay-lines are fixed and cannot be deselected. Even though all of the pay-lines have to be played, there is an option to choose the coin sizes and denominations. The minimum coin value is .01 and the maximum is .20 credits. Players can bet a maximum of 20 coins per symbol, putting the bets in the range of 0.25 to 50 credits.

The interesting game features and the fun and a colorful theme add up to a delightful playing experience with the new So Much Candy slot game by microgaming. The game is as fun, enjoyable and addictive as candy. Do give it a whirl! 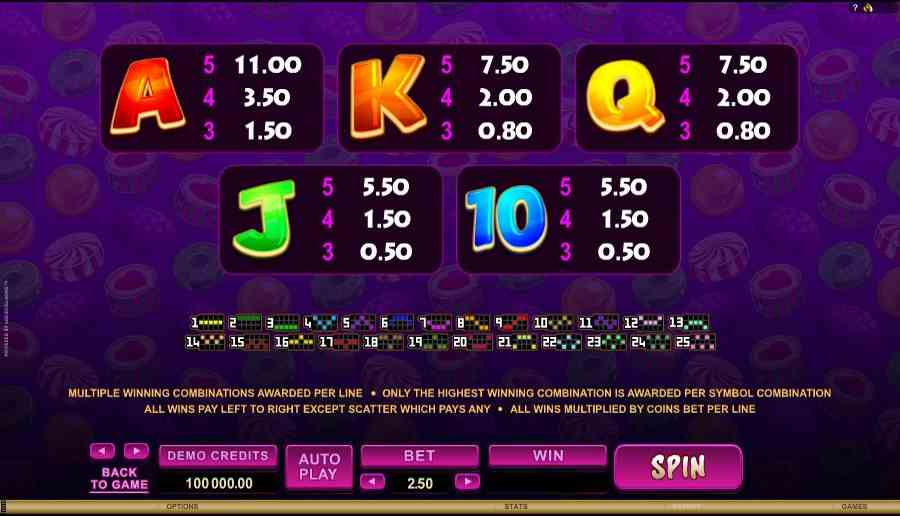 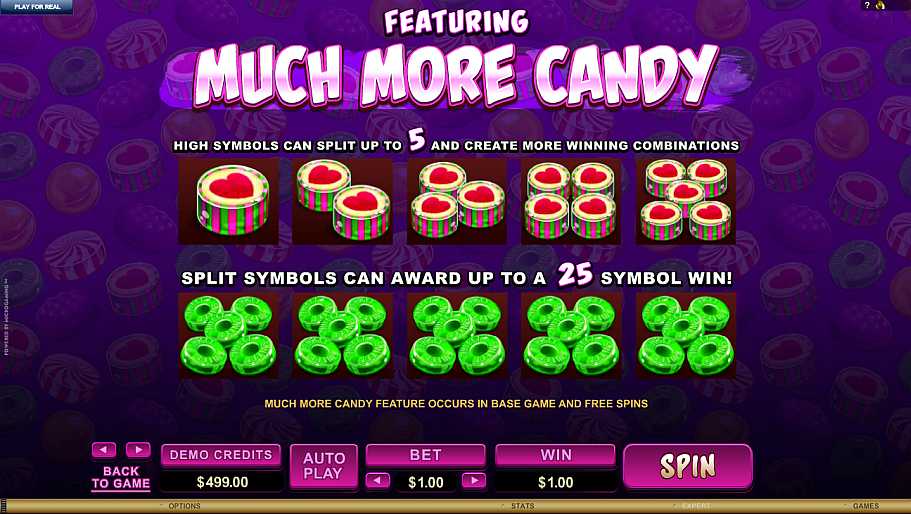 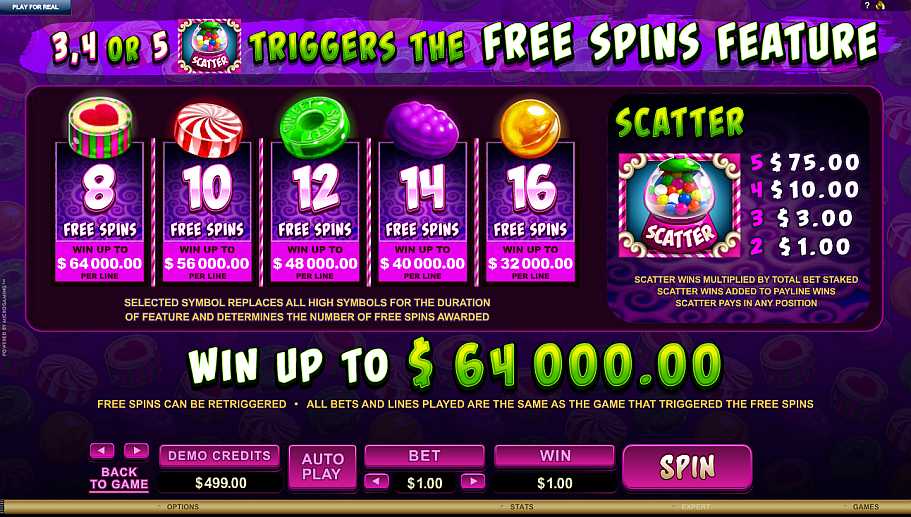 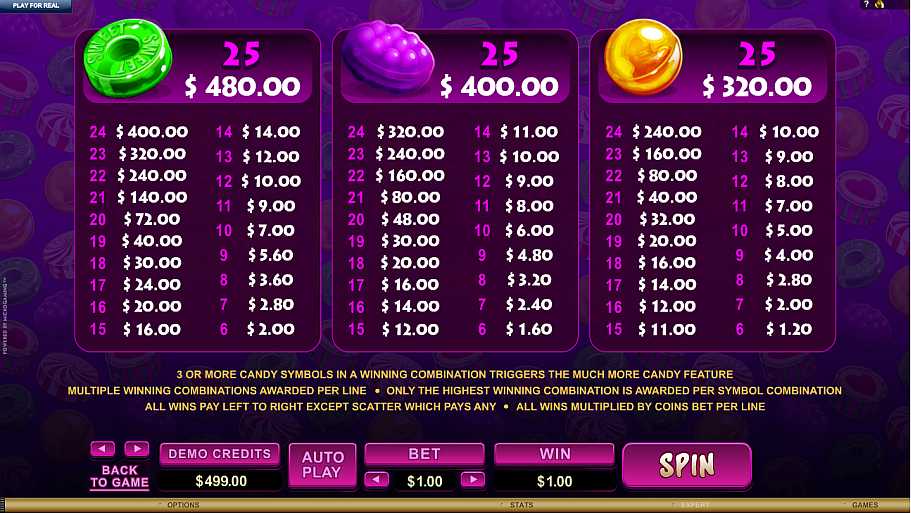 So Much Candy Casinos & Bonuses

So Much Candy Review Breakdown

So Much Candy is a non-progressive 5 reel 25-pay-line video slot machine game from Microgaming, it has a candy theme, and comes with a wild symbol, scatter symbol, free spins and has a maximum jackpot win of $56,000.