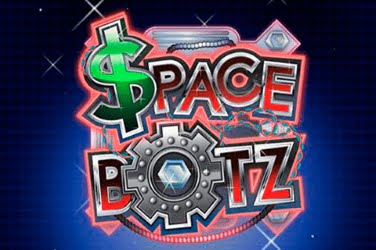 As the name suggests, this release from Microgaming online casinos has a Space theme. The 5 reels of the Space Botz slots game are transparent, so players can view the cosmos in the background. Dark skies filled with numerous stars and planets which add to the feel of the game.

The symbols used in the Space Botz slots game consist of 3 different Robots, all striving to take over the world. There is also a Satellite and the playing card symbols 10 through to Ace. All the symbols are highly detailed and also become animated when they are used within a winning combination.

A Space Botz Logo is used as the Scatter symbol in the game. These can provide Multipliers and activate the Bonus Free Spins Round. There are also Exploding Green Atoms which are the games Wild symbol and give players further chances of winning in this Microgaming online casino game.

The Space Botz slots game has 5 reels and 25 winning paylines. With so many chances of increasing the final pay out amount and small coin sizes this game by Microgaming online casinos is popular with low rollers and beginners.

The Space Botz slots game has only 4 features which can aid a player to increase their winnings. Firstly there is the Exploding Green Atoms as the Wild symbol. When these appear across the 5 reels of the game they are able to change other symbols. This means that there are more chances of winning combinations to be created which are then added to the final jackpot amount.

It is the Space Botz Logo Scatter which is the main feature in this slots game offering from Microgaming. Even when just 2 appear upon the games reels a set cash amount is awarded to the player. However if there are 3 or more shown after a spin, then the Free Spins Bonus Round is activated.

During the Free Spin Bonus Round in the Space Botz slots game the player is given just 5 further spins. Yet there is an additional feature as all the Robots that appear become Wilds which gives more opportunities to add to the final pay out amount. The Free Spins Bonus Round can also be re-triggered at any point during the game of Space Botz slots which gives players more chances to create winning combinations.

A final addition to the Scatters in the Space Botz slots game comes with the Multipliers. Here players can receive anything from 2x to 50x their initial wagered amount. This can help to increase the player’s winnings considerably.

Players are asked to place a wager on any of the 25 winning paylines before spinning the 5 reels of the Space Botz slots game. The coin sizes used in the game range from just $0.01 to $1.00. There is also a set maximum of 10 coins per line which makes this release from Microgaming online casinos appealing to low rollers. As Space Botz slots is quite basic and with few additional features the game is also popular with beginners to the world of online gaming.

By using the Wilds and Scatters which can be found upon the reels of the Space Botz slots game there are many opportunities for players to add to their final winnings. The Exploding Green Atoms Wilds can change other symbols to create further winning combinations. While the Space Botz Logo Scatter symbol provides Multipliers and activates the Free Spin Bonus Round should 3 or more be revealed.

It is possible to play the Space Botz slots game in Expert Mode. Here players can alter the speed of the spinning reels, and the volume of the appropriately themed music which plays in the background of the game.

Another feature which can be utilized through the Expert Mode is Auto Play. This means that players can set the reels to spin a certain amount of times, or until the initial wagered amount is reached. Something which can make playing the Space Botz slots game even easier should the gamer have other things to do. 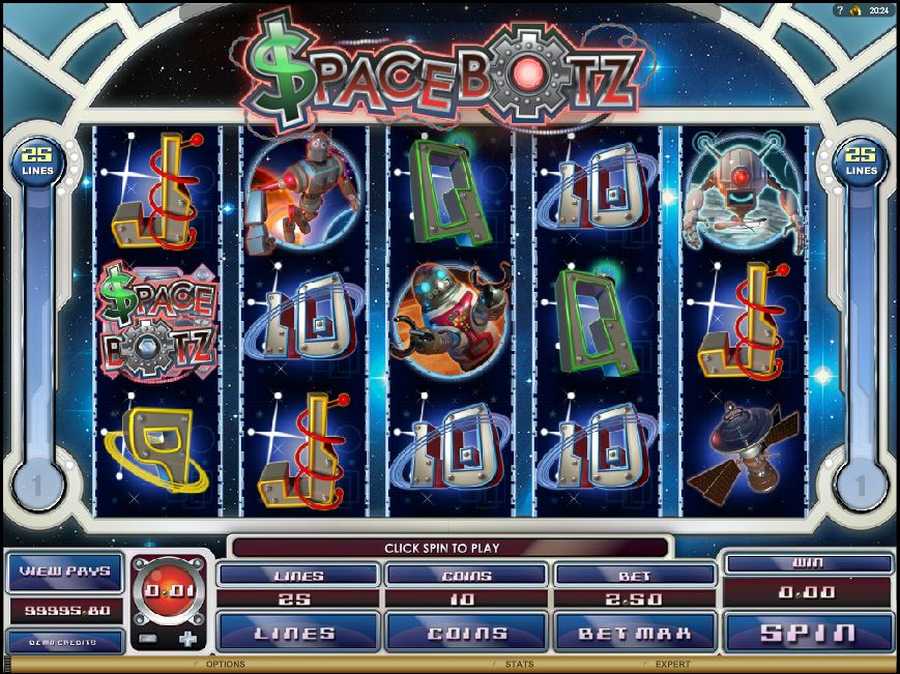 Spacebotz is a non-progressive 5 reel 25 pay-line video slot machine game from microgaming, it has a Space theme, and comes with a wild symbol, scatter symbol, multiplier, free spins and has a maximum jackpot win of $10,000