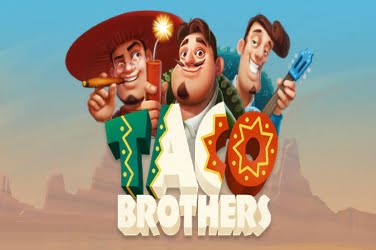 Players may feel as if they have been transported into a movie set in the Wild West with this online casino game. Elk Studios have adopted a Mexican theme in its design and players can view a dusty village landscape behind its transparent 5 reels.

The story of the game is set in 1800’s Mexico when Captain Diaz arrives in the village of Santa Maria. All to steal the tacos which the locals enjoy on a daily basis. Their only defense is 3 brothers called Paso, Pepe, and Pico who are prepared to fight for their favorite meal.

If players are looking for an online slots game that is both amusing and entertaining then this offering will not disappoint. Not only is it available on a desktop format, but it has also been released for mobile devices. Meaning that players can take advantage of all there is to offer wherever they may be.

Symbols used in this slots game are all in keeping with the theme. Players can find symbols of the 3 brothers upon the 5 reels, along with various others. There is a Guitar, a Bottle of Tequila, a Cactus, and a Shovel with a Kerosene Lantern. These all provide players with more opportunities to create a winning combination to be included in their final balance.

A Large Golden Bell is the Wild symbol in the game and can appear on any of the reels provided. Should this occur it can change other icons upon the screen to help increase the player’s winnings.

The Safe symbol acts as the Scatter within the game and for a Free Spins Bonus Round to be activated they need to be spun upon the 1st, 3rd, and 5th reel. At this point in the game, a bomb will explode to uncover either a 1x, 2x, or 3x Free Spin.

During this Bonus Round, other characters may be revealed upon the reels which can add to the entertainment of the game. There is a chance that the 3 brothers may appear on the 5th reel and when this occurs it will act as a Running Wild symbol. Meaning that after each spin the symbol will move to the left but remain in play to offer more winning chances.

Captain Diaz himself may appear on the reels during the Free Spins. When this happens he can capture the 3 brothers and imprison them in the local jail. Should the Captain encage them all then the round will end and the player will be returned to the base game.

Yet the Captain’s daughter Senorita can also be found to help the brothers throughout the game. If she appears then she will free any of the brothers that have been imprisoned, and pushes them back across the reels to leave them in play for longer.

The Senorita symbol provides an additional feature as she can award players with a re-start on the Wild Feature, or to allow further Free Spins. This is something which many players find appealing with this Elk Studios online slots game.

Players can also benefit from a Multiplier while the Free Spins are activated. This can be anything from 1x to 3x the player’s initial wager, which for high rollers can prove to be quite lucrative.

There is a Taco Brothers Re-Spin Feature included in the game which players can benefit from. Only 2 of the brothers need to appear and should be on the 2nd and 4th reel to activate this Bonus. Here players can spin a random reel as long as it doesn’t contain a Wild or Scatter symbol. With this players can not only create more winning combinations but it can also be re-triggered at any stage

The bets in this online casino game can range from $0.10 to $50.00 on each spin. This means that both high and low rollers can enjoy this Mexican themed game from Elk Studios. And with 243 different winning combinations, there are various chances for players to add to their winnings.

Although there is no Progressive Jackpot or Gamble Feature, there is still plenty to keep players entertained during the game. It has a 96.30% RTP and can provide a decent return on any initial stake which is placed.

It is the Scatter symbol however which provides the most fun in this online slots game. Here players can find all the characters from the game and use their various Bonus Features to activate further winning opportunities. Despite a players gaming level, there are numerous reasons to enjoy the Taco Brothers slots game. 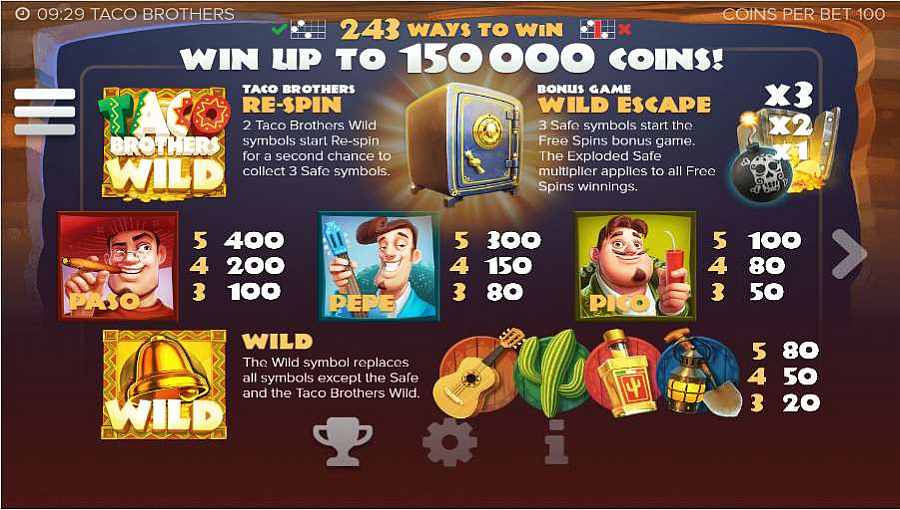 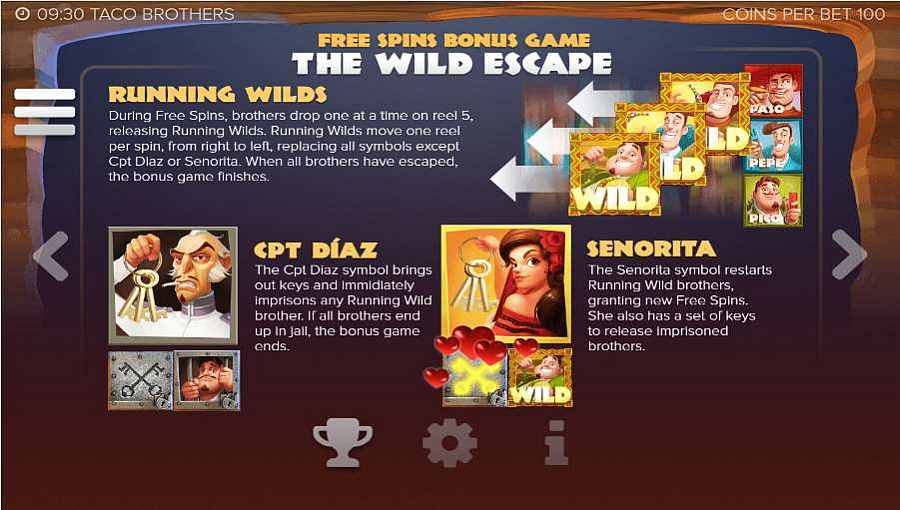 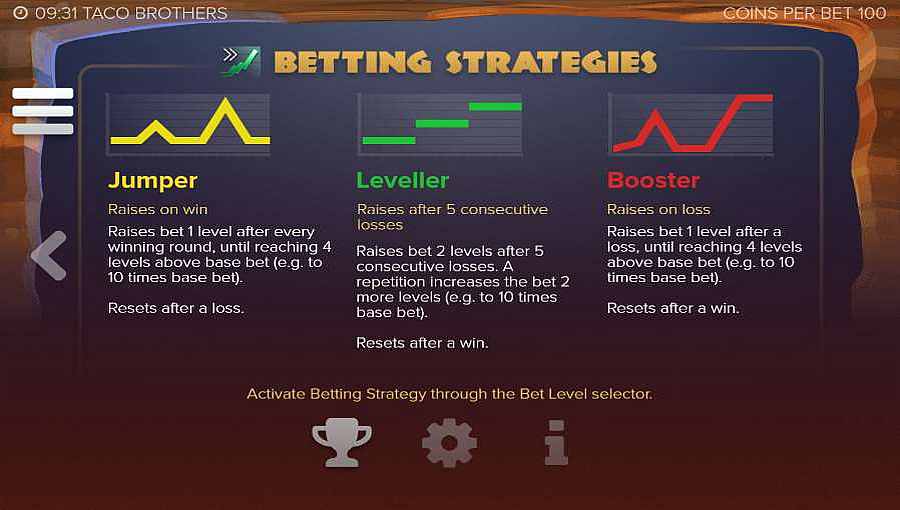 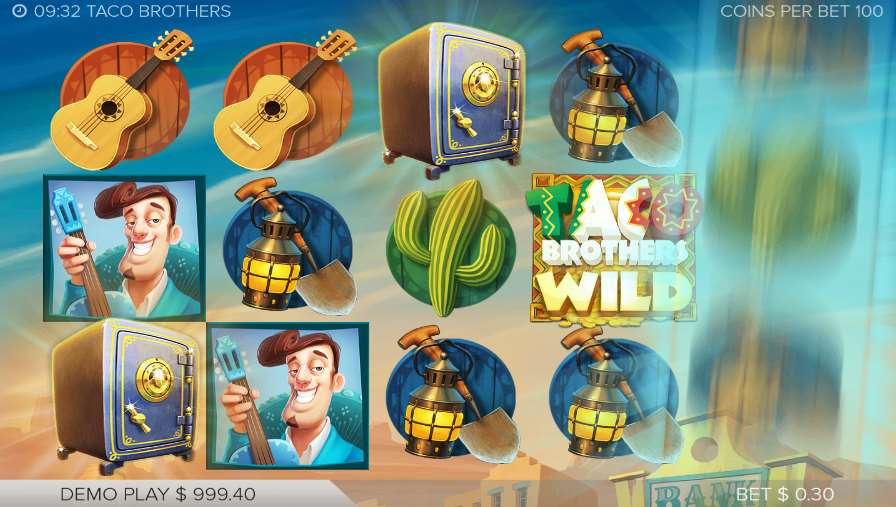 Taco Brothers is a non-progressive 5 reel 243 ways payline video slots machine game from ELK Studios, it has a Mexican theme, and comes with a wild symbol, Scatter symbol, free spins and has a maximum jackpot win of $7,500,00.