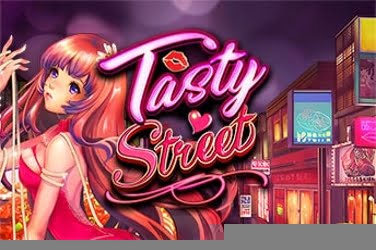 Tasty Street slots was added to microgaming online casinos in September 2017 and it is already proving a hit with those players who don’t mind the unusual story-line. All the action takes place on the streets of Japan where various food is served by beautiful waitresses.

Although there is something of a pornographic atmosphere to this game if any of the 6 buxom women symbols are included in a winning pay line due to the sound effects that have been used which may not appeal to some players.

The games 5 reels are framed by LED lights with numerous restaurants and bars lining either side. As to be expected from the designers they have used high quality graphics with some fun yet curious animations to keep players entertained.

It provides players with 30 winning combinations along with a Wild and Scatter symbol. But the true fun can be found during the Bonus Round where Multipliers are also added to any cash pay-out rewarded.

It is possible to access this online slots game on any device and nothing is taken from the detailed and colorful Manga style images even when using a smaller screen. The smoothness of play even being enjoyed on Mobiles that are compatible with the microgaming software.

Various sumptuous foods are symbols within this online slots and include Green Chillies, Prawns and a portion of Dim Sum Dumplings. All causing the players mouth to water as they watch their jackpot balance grow as each is served to the games 5 reels.

For higher rewards it is the 6 beautiful waitresses that the players need to find. Each delivering a prize of 2000x coins if they land on every reel of the game after any one spin.

Wild – the Tasty Street slot game Logo is used as the Wild symbol in this microgaming release. When this appears it can provide players with more opportunities to win as it will change any of the Basic Symbols if a pay line can be created.

The Logo Wild also plays an important part during the Free Spins Bonus Round all of which is explained in more detail below.

Scatter – the image of a ladies Cleavage acts as the Scatter symbol throughout the game and can lead players to an additional Round that is included it’s format.

Free Spins – 10x of these are given to players if 3x or more Cleavage Scatter symbols appear on the reels. In addition to this any winnings will benefit from a 2x Multiplier which can further increase the players jackpot balance.

During this Bonus Round the Wild symbol will land in a stacked position and if it is included in a winning pay line the Multiplier is increased to 4x the player’s original stake.

It is also possible to re-trigger this Feature which can allow players with up to a maximum of 20x additional attempts to add to the amount they can claim.

All 30 structured pay lines are automatically brought into play once the game begins so all that needs to be decided upon is how much to place. 15.00 is the maximum wager in this online slots game which won’t appeal to some high rollers. However the lower amount of 0.30 is ideal for those with a limited budget. Once the stake has been chosen using the +/- button on the Control Panel then players can allow the 5 reels to spin.

Beginners can appreciate a simple format if they want to travel to Japan in this Food themed game. And with a Logo Wild, Cleavage Scatter along with Free Spins and up to a 4x Multiplier included there are various ways that players can add to their jackpot balance.

However if it all gets a bit much and the mouth-watering images of all the food sends players into the kitchen they can set the game to Auto Play. Leaving the reels to spin automatically while they are busy rustling something up with the chance of coming back to a decent return on their wager.

This is a Medium variance game so players may need to keep an eye on their cash flow. However the Tasty Street slots game does provide a rather generous 96.30% RTP which is something that will appeal to any player who doesn’t mind the rather bizarre theme. 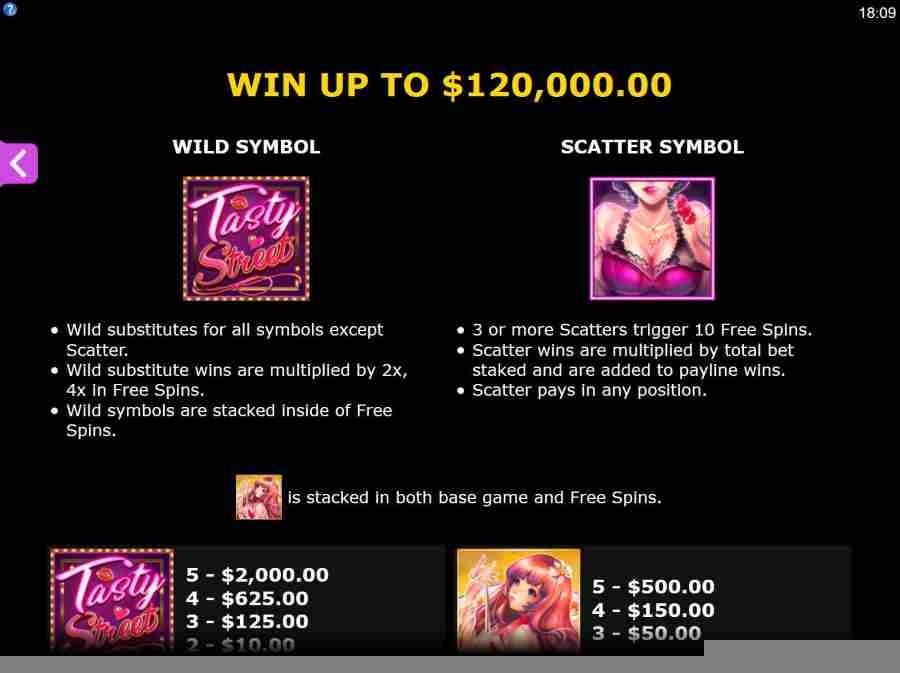 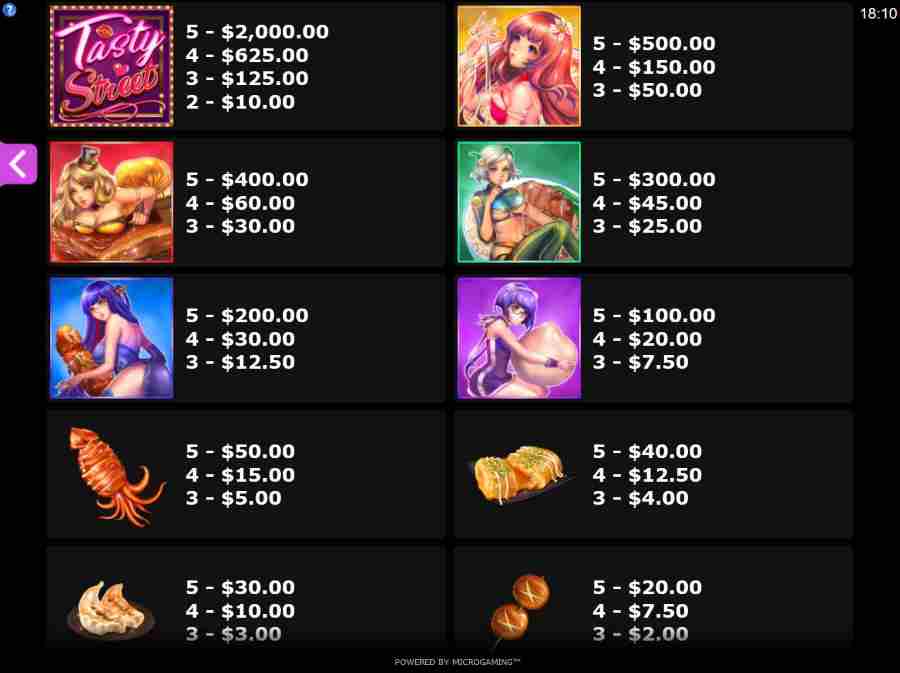 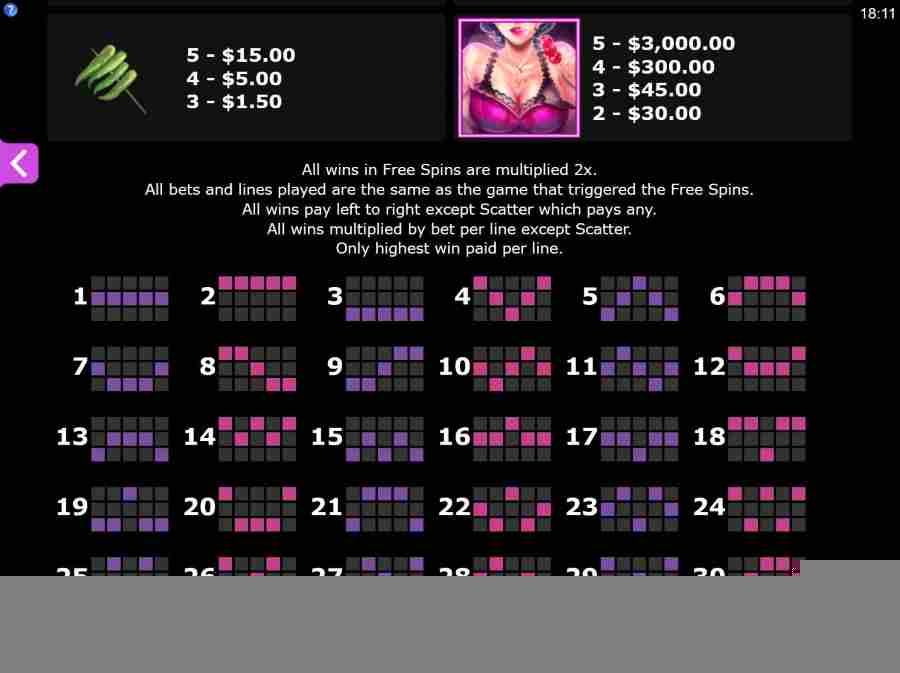