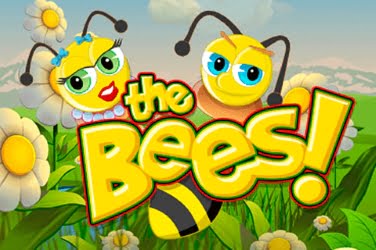 The Bees slot has is a childish cartoony feel to this game which uses bright and colorful graphics in its design.

Maxwell and Beatrice are the names of the main two Bee characters in the game and their image are used as icons to help create winning combinations.

The Bees slots game has 5 reels and 9 winning pay lines which players can take advantage of. With so many chances of adding to the final jack pot figure there are plenty of reasons to enjoy the layout of this Betsoft online casino game.

In addition to the male and female bees which are used as symbols in The Bees slots game there are other icons which remain in keeping with the theme. These include a Beehive, a Red Flower, a Pink Flower, an Orange Flower, and The Bees slots Logo.

A Jar of Honey is the games Scatter, and there is a scene of Roaming Bees which is the Wild symbol. Both of these Bonus Features can help players to increase their pay out amount in The Bees slots game.

When the Roaming Bees Wild symbol appears on the 5 reels of The Bees slots game it is able to change all symbols other than the Scatter. This can help to create more winning combinations for the player and all cash amounts are added to the final pay out figure.

Should the player be lucky enough to reveal 5 of the Roaming Bees Wild symbols then they will receive a random cash prize to be included in their winnings.

There are also cash prizes to be won when the Jar of Honey Scatter symbol is found in The Bees slots game. This amount varies depending on how many are revealed but players only need to uncover 2 Scatter symbols to receive an additional coin prize.

If the player is lucky enough to fill all 5 reels with the Jar of Honey Scatter symbol then they will be rewarded with the highest jackpot amount of 2500 coins to add to their winning balance.

A Mini-Game is also included in The Bees slots which adds to the fun of the game. This is activated when the Maxwell symbol appears on the 2nd reel with the Logo alongside and the Beatrice symbol on the 4th reel.

At this point in the game players are taken to a 2nd screen where they can collect Flower Pendants to receive a cash prize, or Raindrops if they wish to use the Swap Feature at a later stage of play.

It is the Swap Feature which provides an interesting element to The Bees slots game. When a player has created a winning pay line they can then Swap 2 symbols in the hope of generating more winning combinations to be included in their final balance.

The Bees slots game has quite a basic layout which makes it popular with beginners to Betsoft online casinos. With just 9 winning pay lines wagers are kept low with a coin denomination of $0.02 to $1.00. There is also a set amount of 5 coins allowed on each line making the game appealing to low rollers.

As with many Betsoft online casino games The Bees slots has both a Wild and a Scatter symbol. These are depicted as Roaming Bees and a Jar of Honey respectively and can aid the player to create more opportunities to increase their winnings.

Although there isn’t a Free Spin Bonus Round or any Multipliers on offer in The Bees slots game there is a Mini-Game for players to enjoy. Along with the option to Swap symbols after a winning spin players can take full advantage of all that this offering from Betsoft online casinos provides.

The Bees slots game has a fun cartoony atmosphere to its design and players can enjoy the classical piano music that can be heard in the background. Yet there isn’t the same quality of graphics in this particular Betsoft online casino game which may leave some regular players a little disappointed.

Even though there are few Bonus Features and no Progressive Jackpot in The Bees slots players of any level can enjoy this fun game from Betsoft. There are still plenty of chances to increase the winning balance with the Roaming Bees Wild and the Jar of Honey Scatter symbols and the Swap Feature which the game boasts. 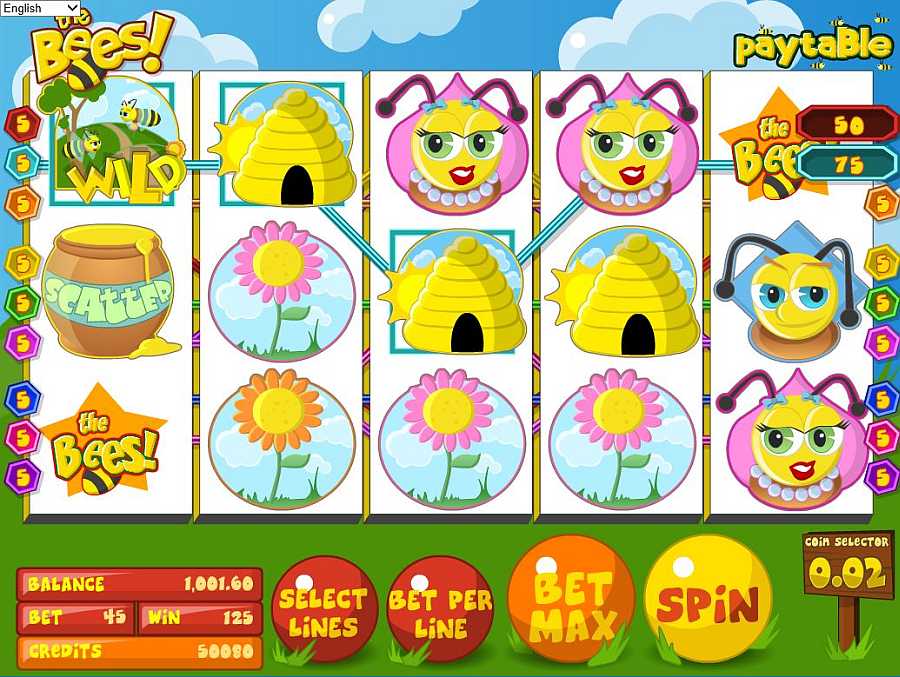 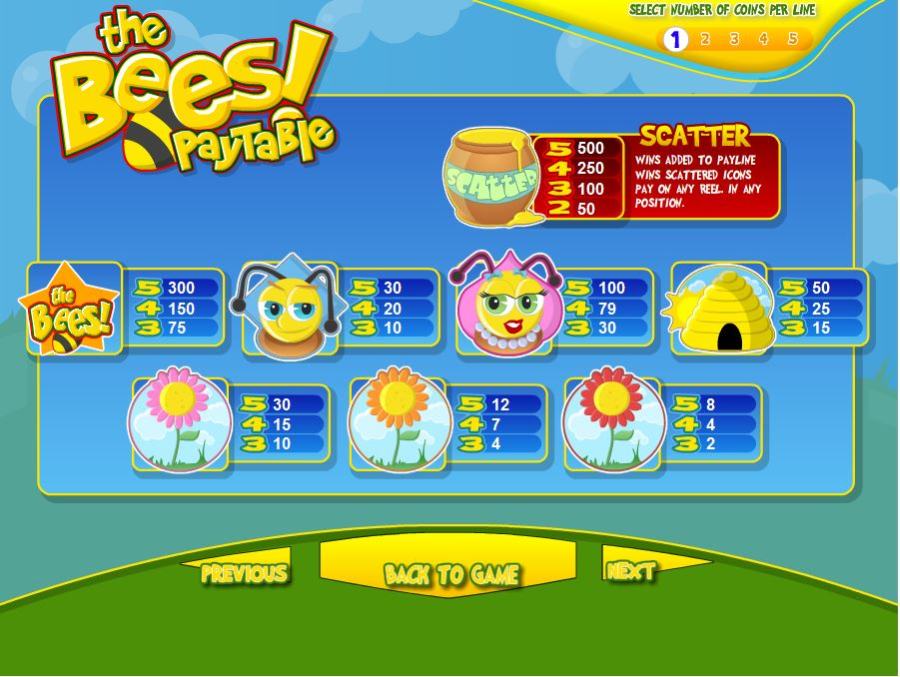 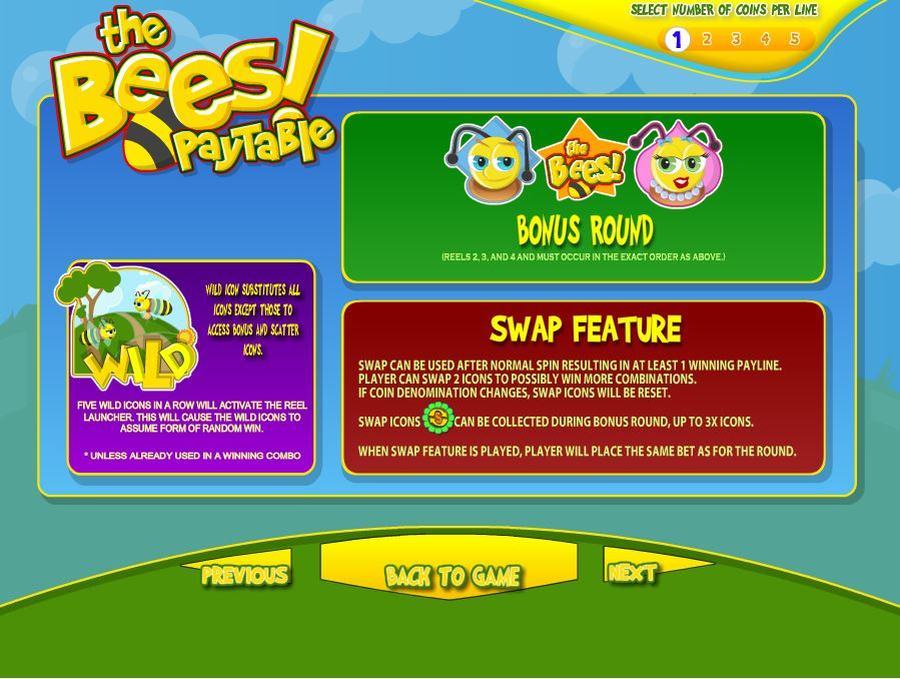 The Bees is a non-progressive 5 reel 9 payline video slot machine game from betsoft, it has a bees theme, and comes with a wild symbol, scatter symbol, and has a maximum jackpot win of $2,500