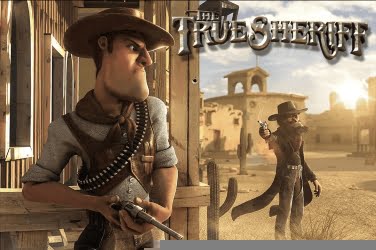 Created by Betsoft, this online casino game was released in October 2013. As its name suggests the True Sheriff slots game has a Western theme as a new Gunslinger arrives in town seeking out the Musthached Baddie.

The graphics used in the True Sheriff slots game are 3D and are of a very high quality. All the symbols are animated and the Gunslinger which is found to the right of the screen will clap the player after each winning spin.

There are also some accompanying sounds included in the True Sheriff slots game. Players will hear various music in the background along with the sounds of coyotes and birds as the reels spin.

Symbols which players can find in the True Sheriff slots game do not just stop at the Gunslinger and the Moustached Baddie. They will also find Buxom Bar Wenches, the Town Mayor, and the Saloon. The usual 10 through Ace symbols which are found in many online casino games are there decorated in a nickel plate effect.

Players can take advantage of the 30 winning paylines which are found across the 5 reels of True Sheriff slots. Along with these there are Wilds, Free Spins, a Bonus Game and a Gamble Feature. All of which can help players to increase their final jackpot amount.

The Gunslinger symbol is how the Wilds are activated in the True Sheriff slots game. This happens when the Revolver icon appears anywhere on the 3rd reel causing the Gunslinger to begin firing at the other reels of the game. He will shoot at random symbols and change them to Wilds which will then stay in place for the next spin. This can give players more opportunities to create a winning payline to add to their pay out figure.

A Sheriff’s Badge is used as the Scatter in the True Sheriff slots game yet it depends on how many the player reveals as to which prize they receive. 3 Sheriff Badges will result in 300 coins and 10 Free Spins, 4 symbols equals 12 Free Spins and 1500 coins. Yet it is when the player finds 5 Scatters that they will be awarded with 15 Free Spins and an impressive 15,000 coins to be added to their winnings.

There is also a Showdown Feature included in the True Sheriff slots game. This Bonus Round is activated when the Revolver appears with the Gunslinger and Mustached Baddie on either side. At this point the player will have to survive through 6 rounds as the pair fight it out against each other, collecting an additional cash prize should they reach the end of the game.

When players are ready to collect their winnings they can take advantage of a Gamble Feature in the True Sheriff slots game. Here they will be asked to choose the color of a down turned playing card. If players guess correctly all their winnings will be doubled, but if they get it wrong they will lose everything.

The first thing that players must do in the game of True Sheriff slots is decide how many of the 30 winning paylines to place a wager upon. The coin sizes which can be used range from $0.02 to $1.00 so both low and high rollers can enjoy the fun of this Western themed game.

Once the 5 reels of the game are spun players can then interact with the software in the hope of creating as many winning combinations as possible. They will be able to take advantage of the Wilds, the Sheriff Badge Scatter and the two Bonus Games.

Some players may find it difficult to fully enjoy the fun of the True Sheriff slots game. This is because that due to the high standard of graphics, the game can be slow to load. Though this shouldn’t be a problem when using a PC but on a mobile it may take prove troublesome. Hence many have found that Auto Play is a useful option along with the Skip button which is a feature of this online casino game.

Although this Betsoft offering doesn’t provide a Progressive Jackpot or Multipliers, there are still plenty of additional features to enjoy. Players of any level can absorb the Western atmosphere while they watch their final jackpot increase in the True Sheriff slots game. 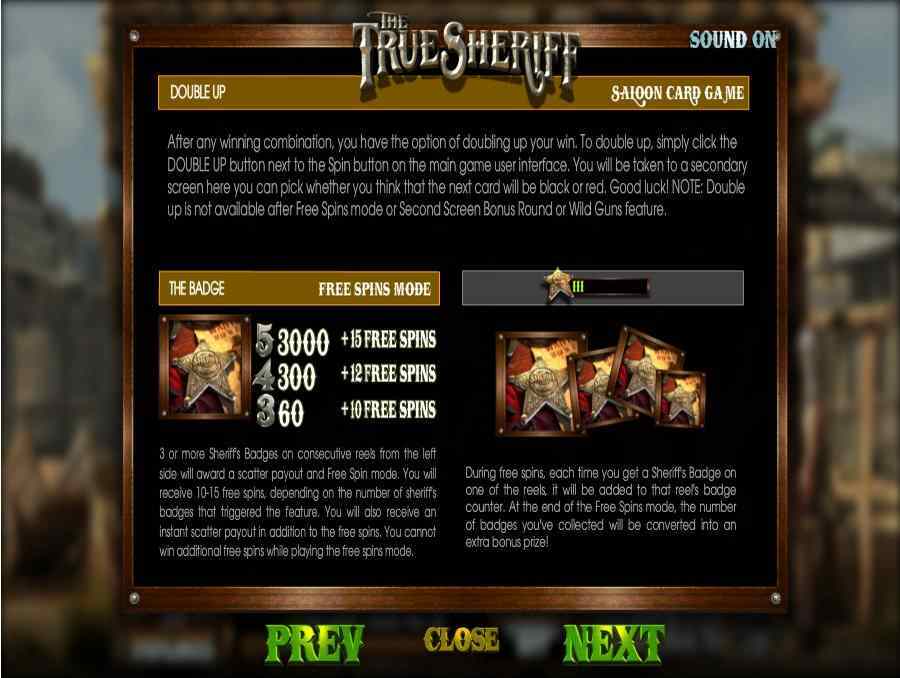 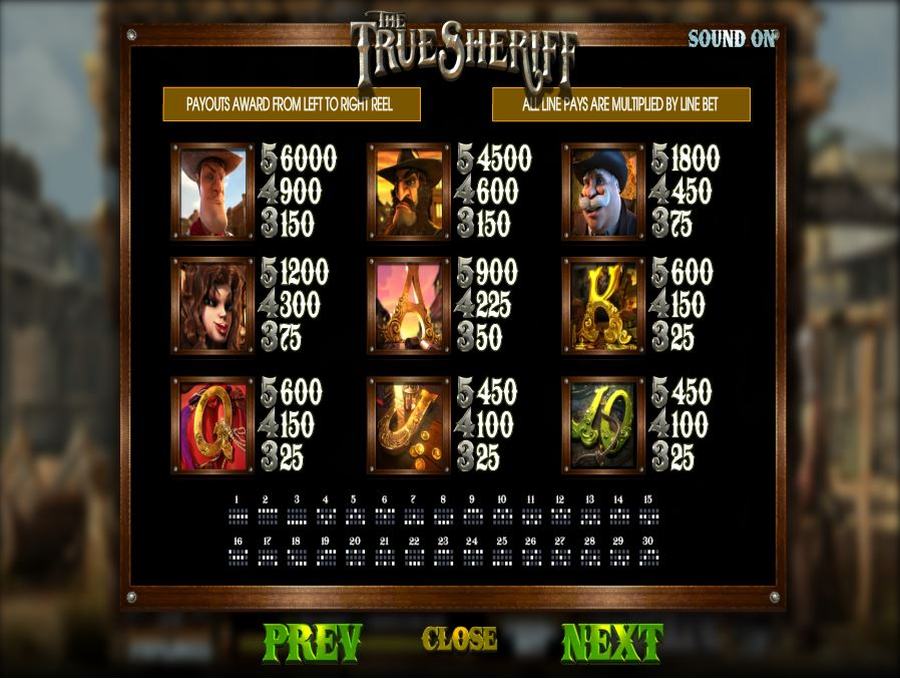 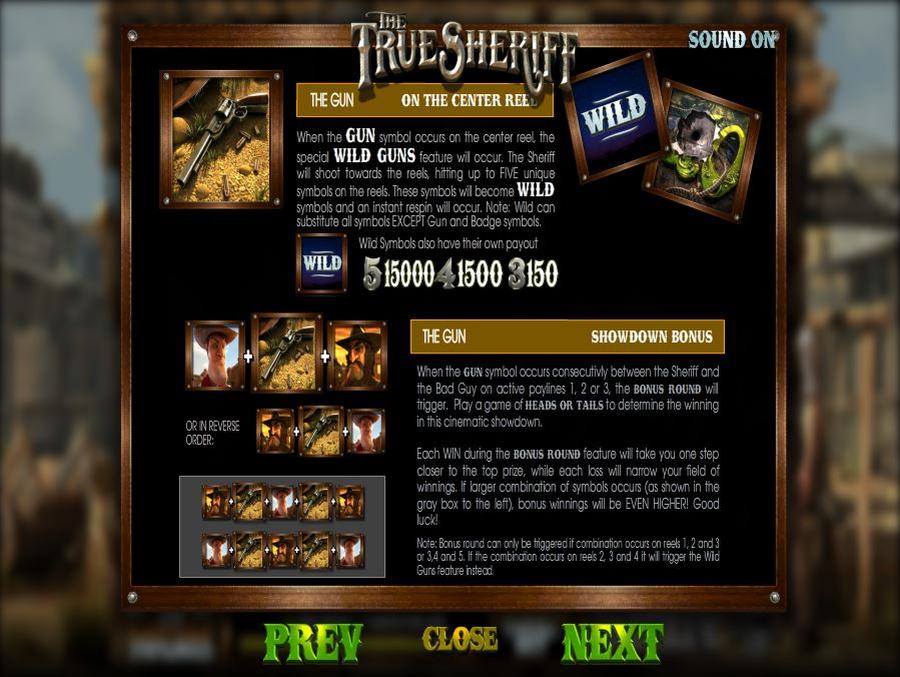 The True Sheriff is a non-progressive 5 reel 30 pay-line video slot machine game from betsoft, it has a Western theme, and comes with a wild symbol, scatter symbol, free spins and has a maximum jackpot win of $7500