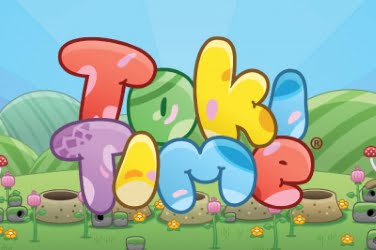 This is an online slot game that players will either love or hate due to its childlike and cartoony design. It is unclear what the inspiration was for this Thunderkick release but players may be reminded of the Japanese console games of the 1990’s when they see the bright bold colors that have been used and the design of the characters.

Grassy hills are the backdrop to 5 transparent reels where flowers and toadstools dance along to the cute tune that plays throughout. A different twist has been given to this slots as the reels don’t actually spin. Instead, the symbols are fired from holes at the bottom of the reels and are then left to float in mid-air.

As the game progresses players will find the cloudless sunny blue sky begin to dark as a starry night falls. Small lights coming on to brighten the reels and keep the fun atmosphere flowing while players watch their jackpot balance rise.

Toki Time slots can easily be accessed by players whether they are using a Desktop, Tablet or Mobile device. And although there may not be much in the way of Bonus Features it still provides 11 structured pay lines and has proven popular with many players since its release in March 2016

There are 5 different Monster symbols that can be found upon the reels. They are colored in Purple, Yellow, Red, Blue and Green, their animations adding to the comical feel that this slot has. Giving players a warm smile whenever a winning combination is created while the player sees the payouts being added to their final balance.

With a beaming friendly face, there is also a Star and a Cloud symbol included in this slots game. Both of them welcoming players to the reels while they discover all that the game has to offer.

Wild – a mysterious looking creature that is something of a cross between a llama and a Reindeer acts as the Wild symbol. It can only appear on the 2nd and 4th reels but it will fill them to allow players more chances to generate a pay line.

Expanding Wilds Re-Spins – if the Wild is included in a winning combination 1x Re-Spin is rewarded while the symbol “freezes” in position. However, this Bonus Round will continue until no more wins are created so there are numerous opportunities for players to add to their initial wagered amount. And players can receive some big cash prizes if they are lucky enough to fill both reels with the Expanding Wild symbol.

Win Both Ways – 11 pay lines don’t seem a lot compared to some slot releases but Thunderkick has given this game an added Feature. This is because winning combinations can be created in both directions, essentially doubling the chances for payouts to be rewarded to the player.

Before the Monsters and other cute symbols can be launched onto the screen players must first place their wager. There are up to 22 different ways to win and anything between 0.10 and 100.00 is allowed with each spin. But although this online slot is popular with both high and low rollers its lack of Bonus Features may prove disappointing to some players. However, for beginners to online casinos, this more basic format could be ideal as there are no distractions so they can simply enjoy the game without any distractions.

The Wild symbol provides the only way for players to increase their chances of adding to the wager that was placed before the Play button was pressed. But as the Bonus Round continues with each win that is generated this more than makes up for the fact that there are no Free Spins or Multipliers included in the game.

Various settings can be altered at any point during this game so it is customized to the player’s own preference. So not only can the speed in which the reels spin be increased but if the cheesy sound effects become irritating the mute button can always be pressed.

There is also an Auto Play Feature that players can utilize should they need to be away from the screen. This is useful for those who prefer to be less interactive with the Thunderkick software or if they are busy with other things.

Offering players an RTP of 97.10% the Toki Time slots game has been proving a hit with players of all levels from around the globe who enjoy the Japanese themed design and colorful layout. 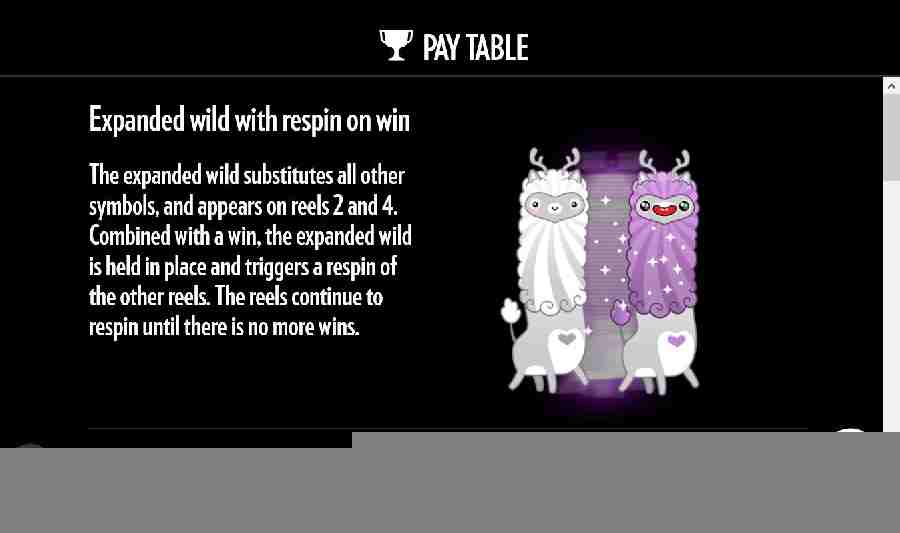 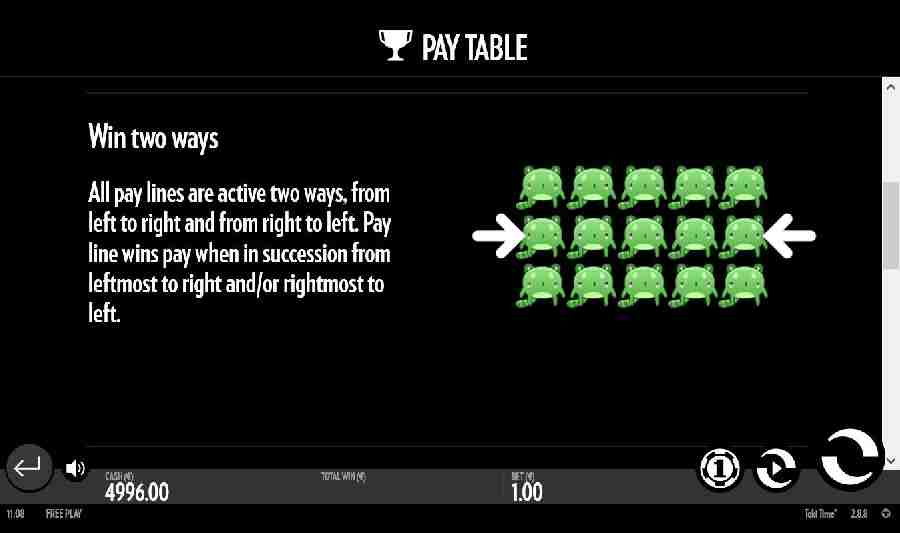 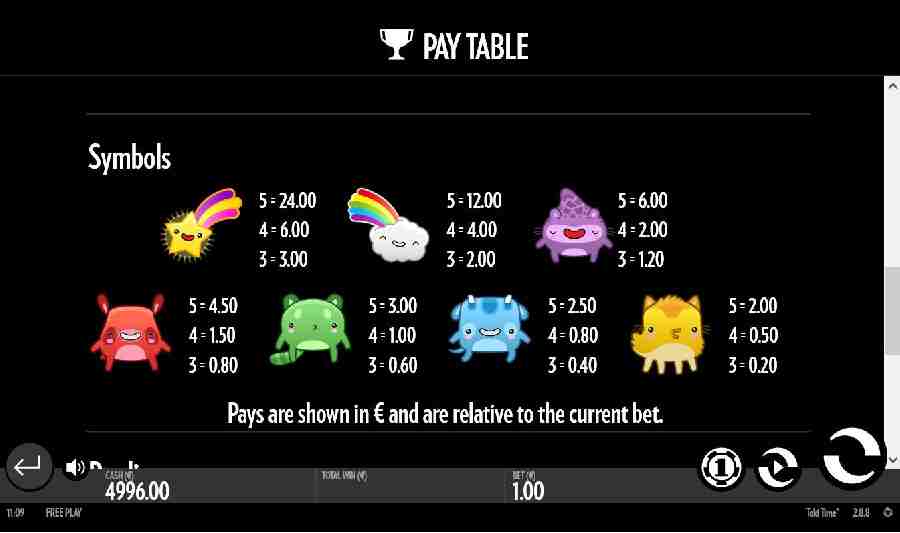 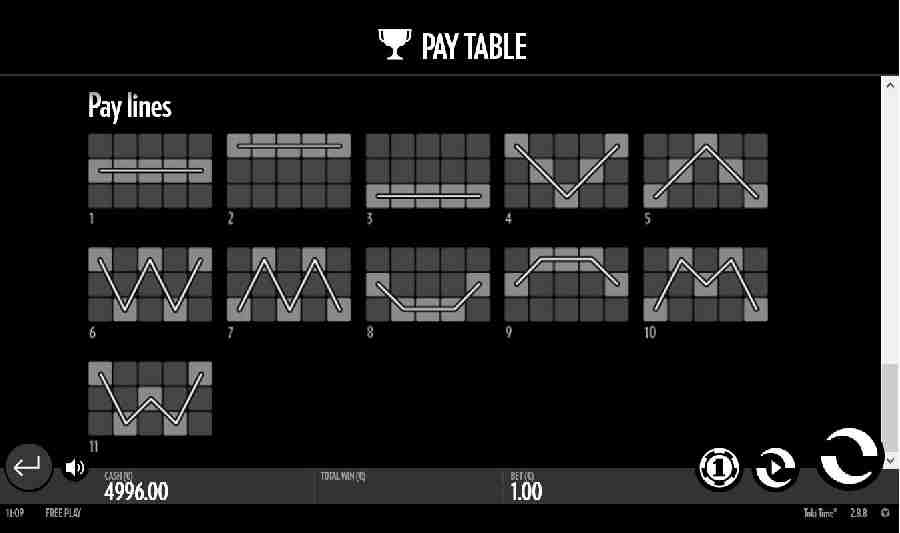 Toki Time is a 5 reel, 11 fixed pay line video slot game from Thunderkick software platform. It has a Japanese theme, Toki Time® is a slot featuring Expanded wild with Respin on a win, Win two ways and has a maximum jackpot win of $2400.