Valley Of The Gods Slot Review 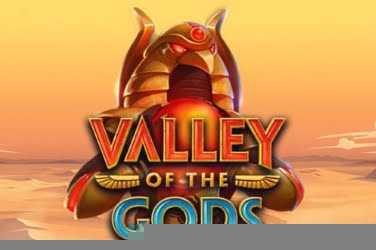 Tales of Egyptian Gods have been used in many casino games and the theme of this offering from Yggdrasil is the latest and is based on Horus and Anubis. Their images seen in striking statuette form at either side of the games 5 reels. These stone pillars framing the 5×5 grid which provides players with 45 pay lines and up to 3125 different ways to win if they are lucky enough.

In the background players can see sand dunes and pyramids all beneath a hazy sun and clear blue sky. The epic soundtrack that can be heard throughout helping to create an eerie mystical feel as the reels are set into action.

All the symbols can be seen within stone blocks and stunning graphics have been used in their design. Detailed images that enhance the atmosphere of the Valley of the Gods slots game whether players are accessing it via a Laptop, Tablet or other Mobile device.

Valley Of The Gods Slot Features

Various Hieroglyphics have been used as the lowest paying symbols which are found on the reels. They have been done in crisp lines and have different colored gems to complement each design.

The image of Tutankhamen and the God Bastet are also symbols that will reward a slightly higher pay out if they are included in a winning combination. Instead, and to be expected it is Horus and Anubis that add the maximum amount to the players jackpot balance with an impressive 20x the original stake if all 5 symbols are spun.

There aren’t any Bonus Symbols included in the Valley of the Gods slots game format which many regular players may find disappointing. However, there are some unique and unusual Features that more than compensate for this and add a different twist during play compared to other casino releases.

Players will notice that before the reels spin that 12 of the positions on the screen are “blocked” by Scarab symbols. Yet should a winning combination be found players will see a Gold Scarab scurry across the screen to destroy the “block” and collect the symbol that was in that position.

It is here that the Horus and Anubis pillars begin to fill, the Blue Scarab to increase the games Multiplier and the Red to award Extra Lives. Each of these can play a valuable part during the Re-Spin Round and provides more opportunities for players to add to their winnings.

In the base game this online slots has 45 pay lines, however this is increased with each win. Now players will not only see the Gold Scarab open up different winning options but also a Re-Spin is given to increase their chances up to 3125x with each consecutive success. This Bonus Round will continue until there is a losing spin at which point the pay lines are reduced to the original 45.

Valley Of The Gods Game Play

All players need to do before this online slot can begin is decide upon how much they wish to stake on the various pay lines that are on offer here. And by using the +/- button on the Control Panel at the bottom of the screen it is easy to select an amount to match their available budget. Alternatively, there is the smallest wager of 0.25 or a Max bet of 125.00 that can also be selected before the reels are set to spin.

There are some players who prefer to be less interactive with their gaming software so the Yggdrasil designers have included an Auto Play feature for them to use. Here they can simply set the reels to spin automatically so they can be doing other things or if they need to be away from the screen for a while.

The Re-Spin Bonus Feature is a sure-fire way for players to increase on their initial wager. Each win allowing more options while collecting the valuable Scarab symbols to be rewarded with Extra Lives and higher Multipliers to add to the final pay out amount.

Players searching for the hidden cash prizes that are hidden within the reels of the game need to aim to clear the screen of “blocks” and gain as many Re-Spins as possible to uncover the full 3125 winning combinations that the game provides.

Unfortunately this level of the game can prove hard to reach and with a Medium to High Variance it is wise for players to keep an eye on their remaining budget. However there is an RTP of approximately 96.20% which is already enticing players to the Valley of the Gods slots game.

– Play Valley Of The Gods here with a free spin or visit Yggdrasil casinos and play for real money. 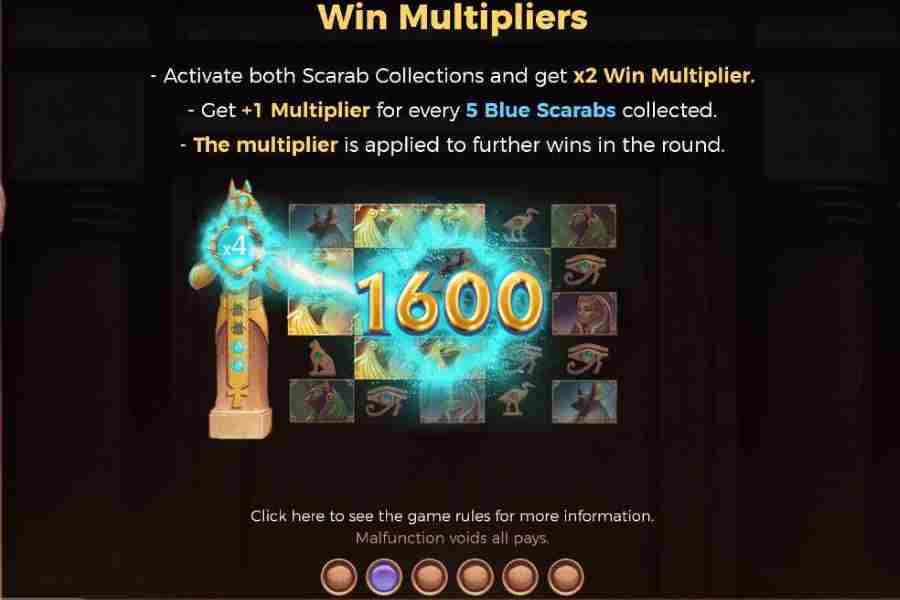 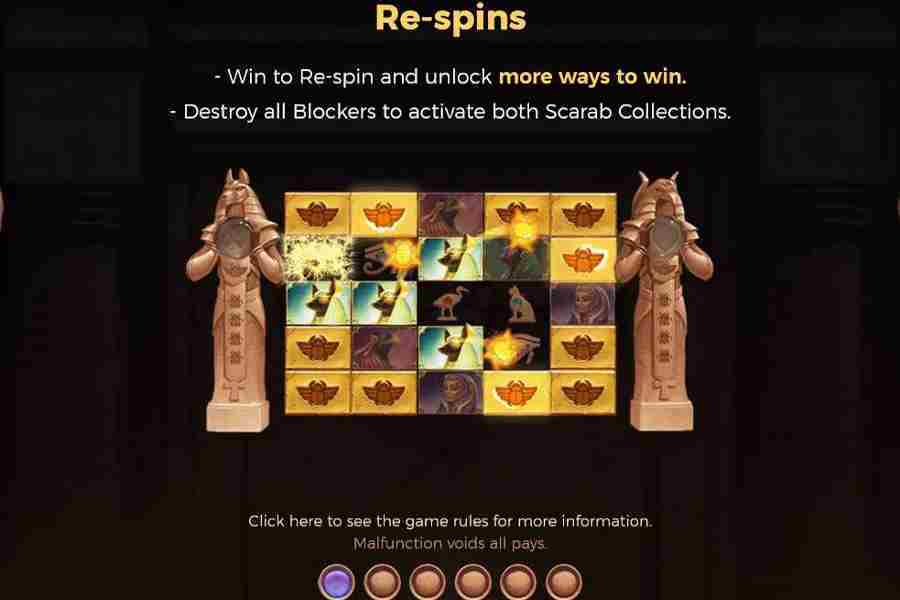 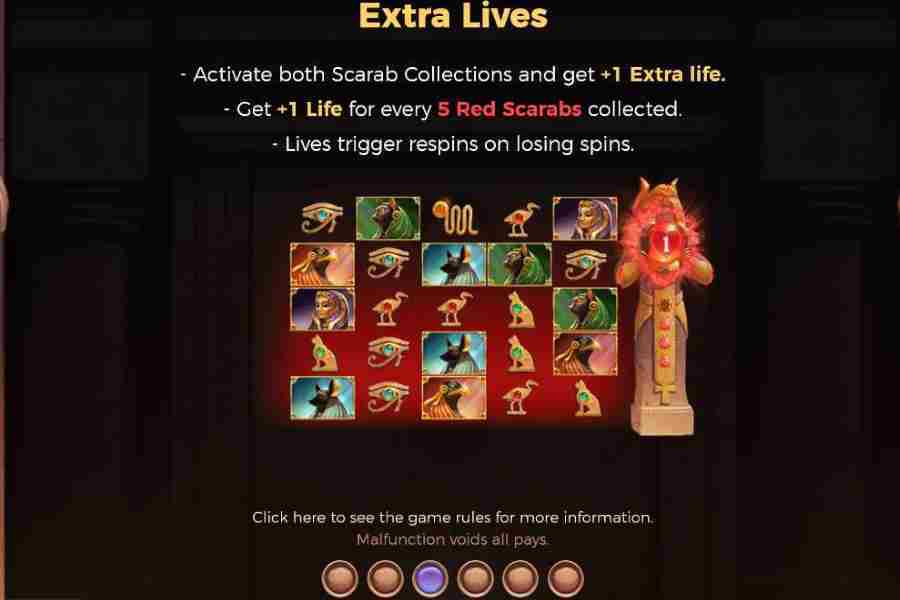 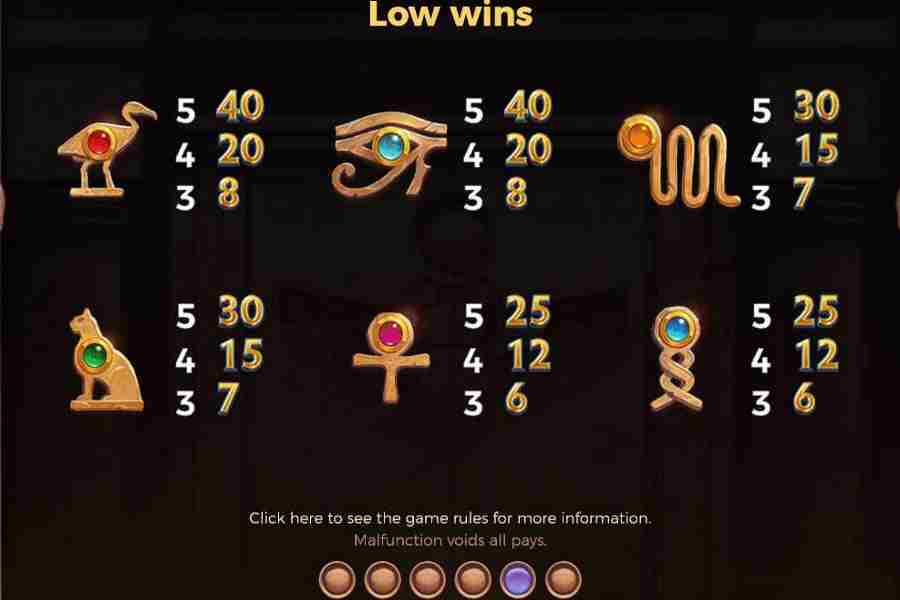 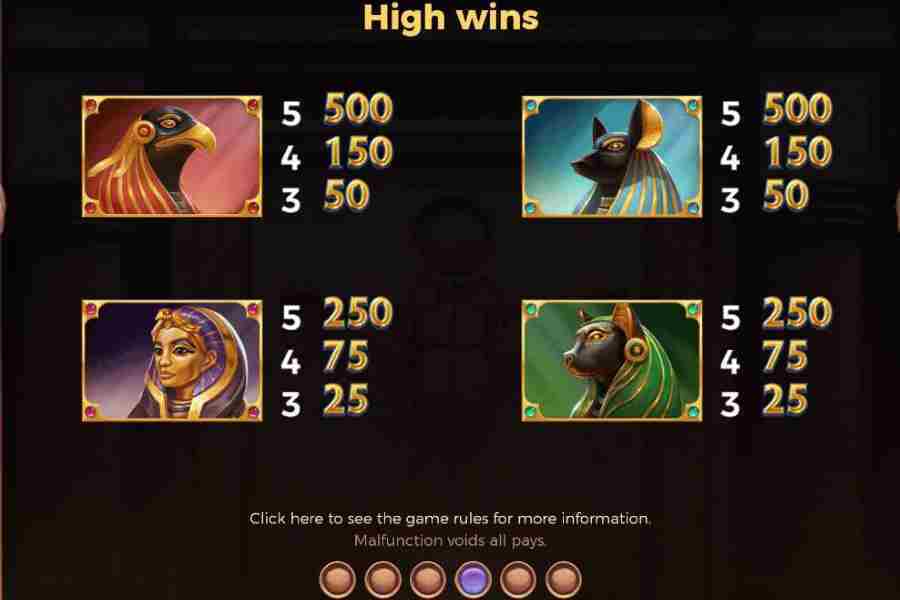 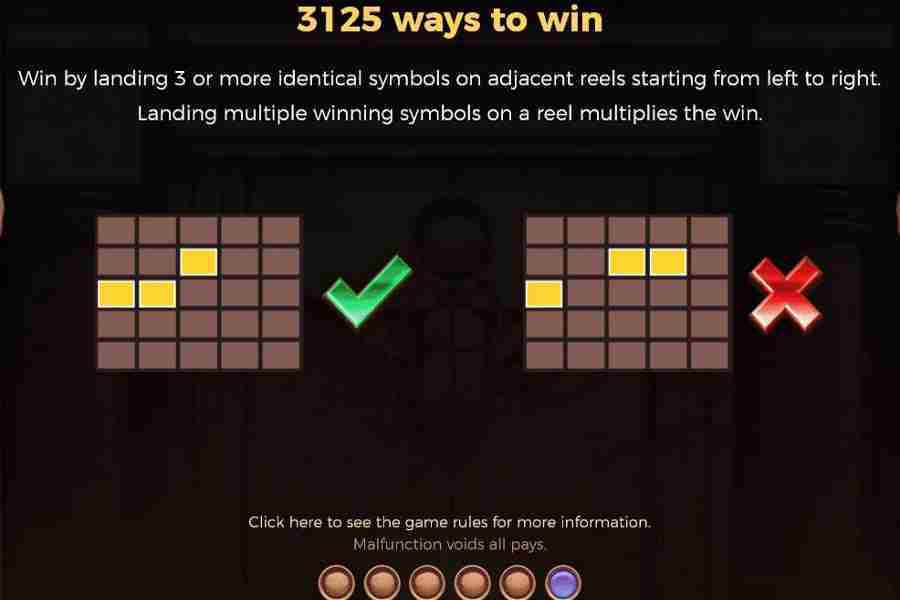 Valley Of The Gods is a 5 reel 45 up to 3125 ways to win video slot machine from Yggdrasil gaming, it has a Egyptian style theme, and features Re-Spins, Win Multipliers, Extra Lives and has a maximum jackpot win of $580,000