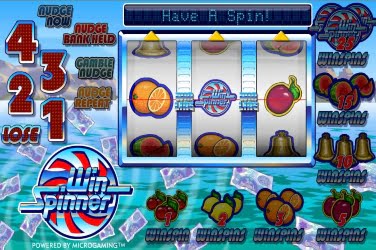 Win Spinner slots has a traditional Fruit Machine feel to the game. Based on the original popular pub game it was released by Microgaming in 2007 as an addition to their many online casinos.

This game can has just 3 reels and 1 winning pay line which may not make it appealing to regular players. However as it is easy to play, Win Spinner slots is popular among beginners to online gaming.

The designers have used bright detailed graphics showing all the traditional symbols. Players can find Cherries, an Orange, a Watermelon, a Plum, Lemons, and Bells. The Win Spinner Slots Logo can also be found upon the games reels.

Money is the theme of the Win Spinner Slots game. So players can find a clear blue background with banknotes floating across. All the colors used with the games design are bright and cheerful to make it appealing to players from around the globe.

Coin sizes used in the Win Spinner slots game are from $0.10 to $10.00. Yet it is the Nudges, Holds, and additional Number Trails that make this online casino game appealing to players.

There are numerous features to the Win Spinner slots game. Although it is a basic game it is still popular with beginners and those who enjoy the traditional Fruit Machine theme. Various Fruits, a Bell, and the Win Spinner Slots Logo can be found across the 3 reels of the game. When 3 of the same appear a set amount of Winspins are awarded to the player.

During the Winspins Bonus Round a separate reel will appear on the screen. Here there are symbols such as Fast Cars, Private Jets and Champagne. For each win during this round a random Multiplier is given. The highest of these jackpot amounts is 500x the player’s original wager.

The Win Spinner slots game also has the traditional Nudge and Hold Features. These enable the player to either freeze or spin any of the games 3 reels. This can help to generate further winning pay lines while playing this Microgaming online casino game. It is a Bonus Feature that appears randomly during game play and allows between 1 and 4 chances to add to the final winning amount.

An additional Bonus Feature is the when the Shifta icon appears in the Win Spinner slots game. Here the symbols upon the reels at that point are rearranged with the guarantee of creating an additional winning pay line.

When the Let ‘em Spin symbol is randomly activated allow the reels to spin automatically. As the icons land the player is guaranteed a random pay out amount to be added to their current balance.

With just 1 winning pay line and 3 reels to spin the Win Spinner slots game has a basic design. Released by Microgaming it can now be played in many of their online casinos. The game is based on the traditional Fruit Machine slots game that used to be found in numerous pubs. It has bright colorful graphics for the Money designed background with banknotes floating across the screen.

The symbols used in Win Spinner slots are also in theme with the Fruit Machine game. Players can find numerous Fruits, a Bell, and the games Logo across the reels. When any matching 3 are spun then Winspins are awarded. These can range from 1 chance at the Bonus Round, up to 15.

Creating a winning pay line during this Bonus Round will award a random Multiplier to the original wager that was place at the start of game play. Nudges and Holds can also help to create a winning pay line. These are given randomly in the Win Spinner slots game and are an additional way to add to a player’s winnings.

Additional features include the Shifta and Let ‘em Spin Bonus Rounds that are available in the Win Spinner slots game. When these icons randomly appear on the screen the player can be guaranteed a winning pay line.

Coins sizes used in the Win Spinner slots game range from $0.10 to $10.00. This makes the game popular with players of all levels. However, as this particular microgaming release has a maximum of just 500x the players original bet it may not appeal to high rollers. 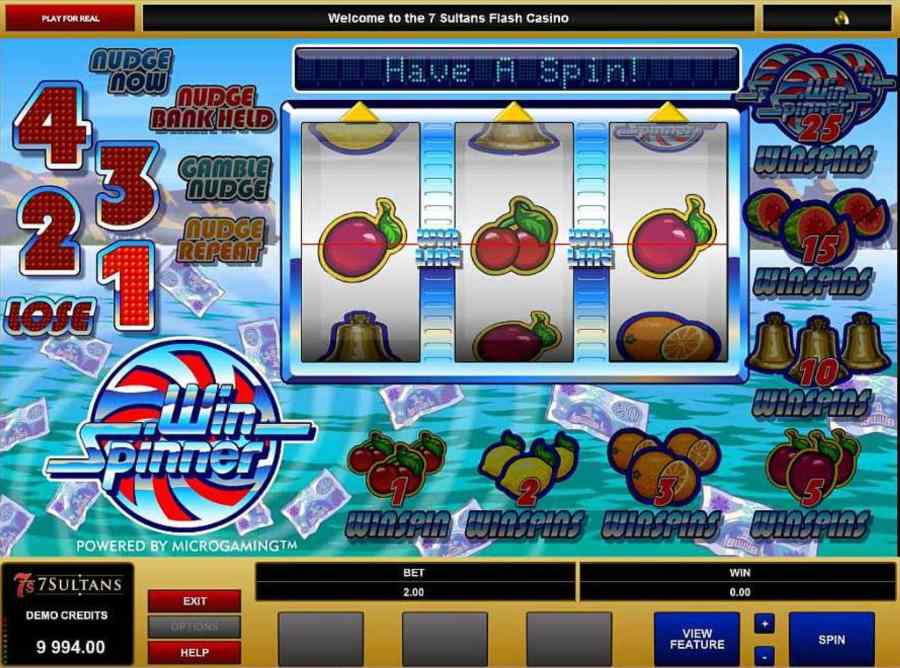 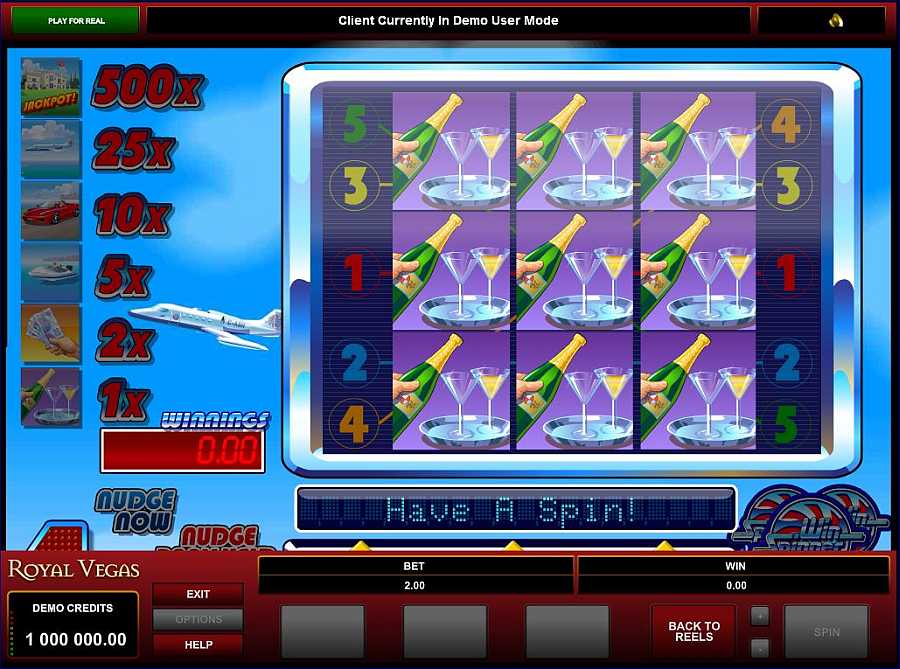 Win Spinner is a non-progressive 3 reel 1 pay-line slot game from microgaming, it has a classic Fruit Machine theme, and has a maximum jackpot win of $5000