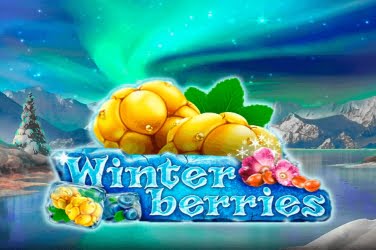 Players may want to wrap up warm if they want to enjoy this release from Yggdrasil. The reels are see-through so they can view the majestic scene beyond. They are set upon a snowy mountainous backdrop with a frozen lake. And in the far distance players can just glimpse a sight of the Northern Lights. In the background there is also some soothing music playing to add to the atmosphere of the game.

The reels are encased within a lattice of flowered brambles and the graphics used for the symbols are crisp and clear. All the various Berries are bright and colorful which is enhanced by the quality 3D imagery that the game boasts.

Yggdrasil have provided players with 5 reels and 25 winning paylines in this Fruity themed game. It has also been made available to players not only on Desktop and Tablets, but Mobile devices as well. Yet nothing is taken away from the enjoyment of this smooth running online slots game even when playing on a smaller screen.

There are only 7 symbols used in the game and they are all different types of Berries. Among them players can find a bunch of Raspberries and Blackberries, Strawberries, Blueberries and Cranberries.

Surprisingly no Bonus Symbols have been included in the Winter Berries slots games format. So players will not find a Wild or Scatter symbol upon the reels, but there is 1x Bonus Feature that is exciting players of all levels.

After each win players will see the matching symbols that created the combination Freeze in place. At this point the reels will spin again and if the player is lucky more of this same icon will appear.

Should this occur then these icons also remain in play and another Free Spin is awarded. This Bonus Round ends when no more matches are found and the player is returned to the main base game.

Of course any winnings that have been accumulated during this Feature are added to the jackpot amount so the more symbols revealed will result in a higher pay-out for the player to claim.

In addition to this for each symbol that has been matched in consecutive columns from left to right the player will receive a matching Multiplier. This can be up to 5x the player’s initial wager which can prove lucrative to those who wish to maximize on their jackpot balance while relaxing in the Winter Berries slots game.

All 25 winning paylines have to be in play each time the games reels are spun. However it is still popular with players of all levels due to the coin denominations that have been set. They range from 0.01 to 2.00 but only 1x can be placed on each line. This means that players can wager anything from 0.25 to 50.00 while enjoying this online slots game from Yggdrasil.

Though there is only 1x Bonus Feature included in the games format it can be triggered often throughout play. With the opportunity for this Round to run for some time as long as more matching symbols are found players can create various winning combinations. This along with the Multiplier that is also awarded it is a slots offering that is appealing to many players across the World.

Auto Play is an additional option that has been made available to players. Here they can set the reels to spin automatically should they wish to be less interactive with the software. Alternatively the slow pace of the game may mean that this is the preferred choice of play with the chance of returning to a large jackpot balance to claim.

Considered to be a Medium to High Variance game it does tempt regular players with a RTP of 96.75%. However beginners may find their balance quickly disappear due to the low pay-out amounts that are awarded as this is definitely a game that needs to be budgeted for.

Players may find themselves divided after seeing what is on offer in this online casino game. As there is no Progressive Jackpot to aim for, nor a Wild or Scatter symbol to be found there is little to keep some regulars and high rollers entertained. Yet the fact that there are no Mini-Game’s to distract the player from the base game or a Gamble Feature to tempt them, beginners and low rollers can also enjoy the Winter Berries slots game. 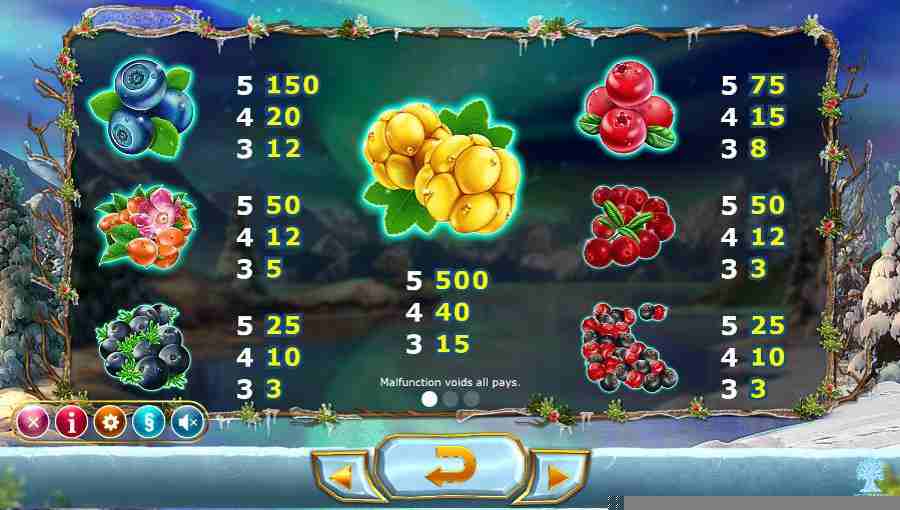 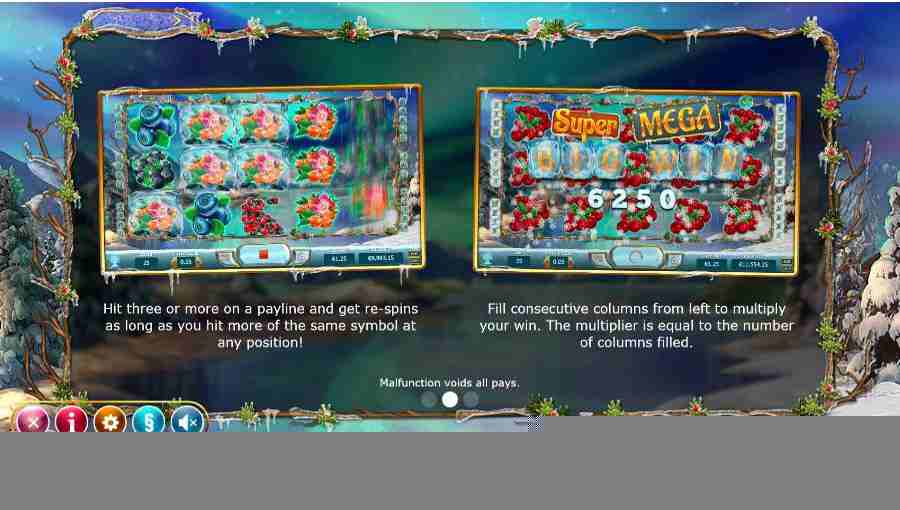 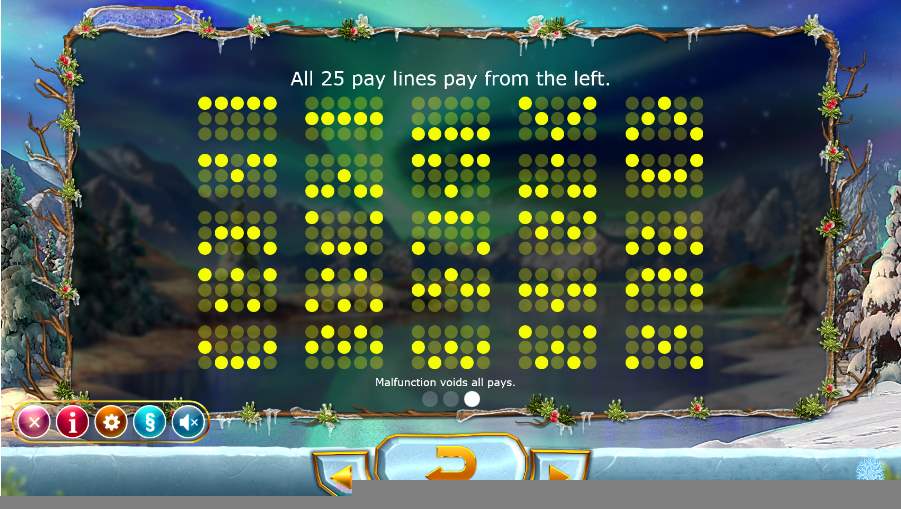 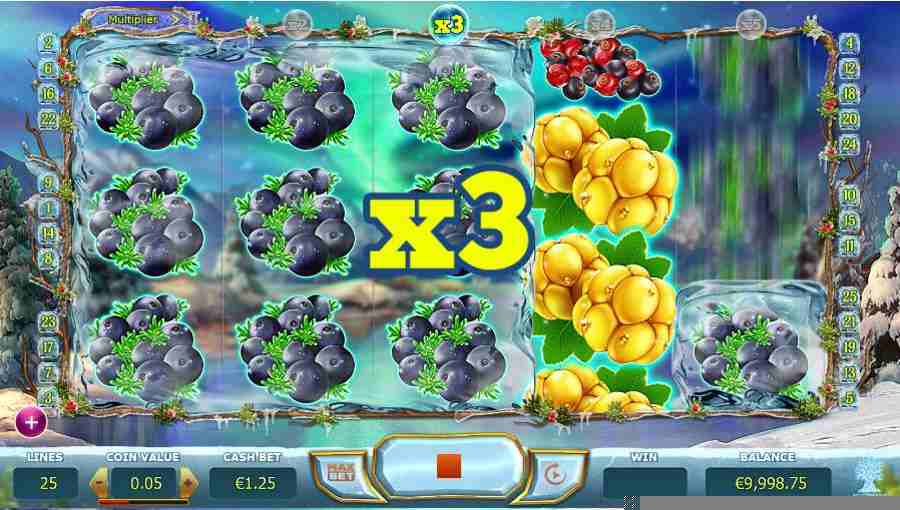 Winterberries is a non-progressive 5 reel 25 paylines video slot game from Yggdrasil, it has a Berries theme, and comes with a multiplier, and has a maximum jackpot win of $5000