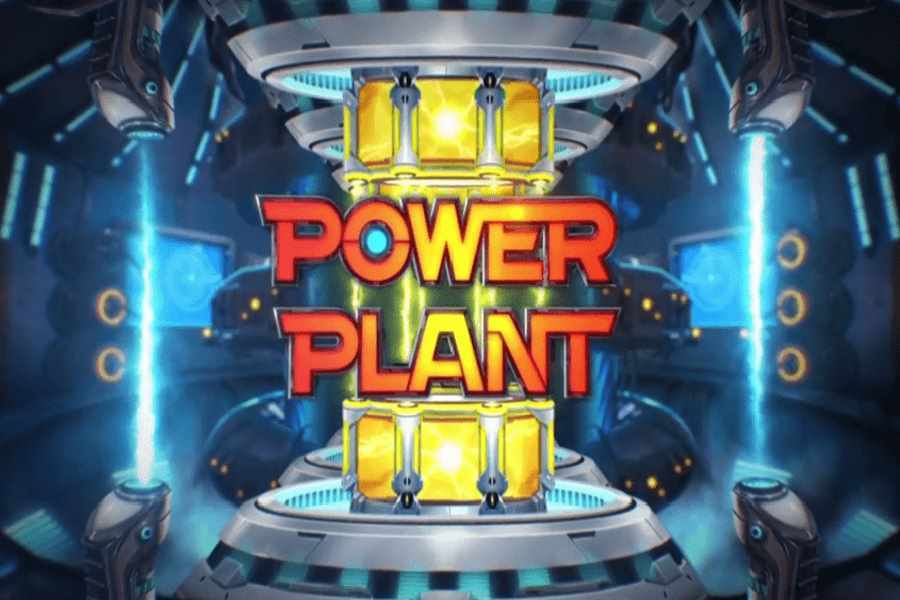 With a new and interesting design, Power Plant has 5×8 reels and 82 paylines. Yggdrasil uses their upgraded iSENSE2.0 platform to add a minimalist look and high def for improved visual effects.

On the first screen of the slot game you are sitting in the space-age looking control room of the Power Plant. Directly in front of you is a ‘beam-me-up’ style panel holding the Power Plant slot game reels.

The reels sit between two power conductors. The game initially starts with a 5×4 reel and 34 paylines. The 5×8 reel and 82 paylines game is activated in the Golden Bet mode.

Played on a desktop, tablet, laptop or mobile phone, you can play for free or real money. Bets start at 50 pence and go up to £100 per spin, maximum.

You can move from the initial 5×4 reel grid of the base game up to the 5×8 reel, 82 paylines grid by clicking on the Golden Bet button. But, it costs an extra 30 pence per spin.

In the Power Plant

There are no free spins but there is a re spin with various enhancements. And, it is a significant respin because of its maximum jackpot of $164,000.

As many as 32,800 coins can be won in a single spin. The online slot casino features long reels with 8-tile high icons. Along with its scrollable pay tables Power Plant is truly a fast-moving gaming experience.

Slot players are always delighted with the fun features that Yggdrasil puts into their games. Let’s look at some of the features in the Power Plant slots game.

There are so many unique features in Power Plant slots you need to check the game out for yourself. Some of the features you’ll find are instant play, auto play, wild symbol, expanding wild, extra wild, sticky wilds, nudge, super stack, swapping symbols, feature combinations.

Let’s use an example. When the Golden Bet feature is activated, the Stacked Wilds feature is added to the Power Plant mode.

Full Stacked Wilds stay sticky on the reels giving you a respin with anywhere from 1 to 4 winning features. One of those random features, called Nudging Reels, is a guaranteed win.

Above and beyond the rest, the Power Plant symbol is the biggest single cash prize symbol in the game. With the maximum bet, five Plant Power symbols pay 200 coins.

In the end, Yggdrasil’s brand-new Power Plant is a medium variance slot game that transports you to an electrified world of energetic game play, chasing big wins.

Where to play Power Plant