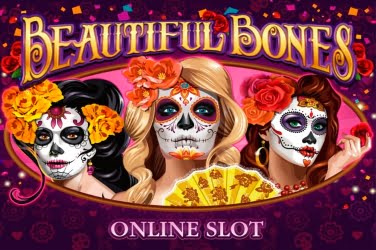 Players shouldn’t think that there are any scary images to be found in this online slots game, even though it is themed upon the Mexican Day of the Dead. similar to Esqueleto Explosivo from thunderkick. The Dia de los Muertos holiday celebration where people paint skulls on their faces and dance through the streets. This atmosphere is recreated as the players uncover 5 reels set with an ornate frame that has a skull at each corner.

However the main characters look Beautiful as their large symbols appear on the screen. Further enhanced by the darkened sky in the background which is lit by bright stars and littered with confetti. While upbeat Mexican music plays to add to the party atmosphere along with some impressive animations.

Although this online slots has rather an odd theme it has been imaginatively designed. Whether the player is using a Desktop, a Tablet or a Mobile device they can find 243 different ways to create winning combinations to add to their initial wager in the Beautiful Bones slots game.

The 10 through to Ace symbols are shown in striking bold italics that fill the position that they land upon. And although they only reward players with a low pay out when used in a winning pay line they appear often so can help to increase the final jackpot balance.

Next comes 2 handsome men wearing traditional Mexican clothes as they twirl onto the reels. One with a Blue background and the other Green but both able to give players a slightly return on their original stake.

3 Female symbols with different colored roses in their hair can only land on the 2nd, 3rd, and 4th reels. However it can appear stacked so will provide numerous opportunities for players find more of the 243 ways to win with this online slots game.

Wild – a Red Heart “Wild” symbol may appear at any time during this slots game but only on the central reels. When this occurs it can substitute for any other besides the Scatter symbol to allow players more chances to add to their winnings.

Scatter – this is a Painted Skull with bold letter announcing the “Scatter” symbol but players will need to collect 10 of these before the Bonus Round it activates can begin.

Wild Spin Again – each time 3 matching symbols are found either vertically or horizontally the player will benefit from 1x Re-Spin. During this point of the game a Red Heart “Wild” icon becomes frozen on the central reel so that further wins can be generated.

Free Spins – at the left hand side of the screen players will find a meter which is added too whenever a Painted Skull “Scatter” lands on the games 5 reels. Once 10 have been collected players are able to take advantage of 10x Free Spins. Any winning combinations that are created will also receive a 3x Multiplier to be added to the pay-out amount.

However the player also has the option to continue collecting Scatter symbols until they reach 20. Now they can have 15x Free Spins with a 4x Multiplier. For 30 this rises again to 18x additional chances to spin the reels and all winnings are 5x higher.

This is an online slots that has been aimed toward players who have a limited budget as the maximum wager is set at just 15.00. And as the reels can be set to spin into action with just 0.30 it has proven popular with players from around the globe since it hit the Microgaming casinos.

There are numerous entertaining elements that have been included in the games format. So players not only can find stacked Female symbols on the central reels there is also a “Wild” and “Scatter” icon to help increase their final jackpot balance. A Wild Re-Spin and a Free Spins Bonus Feature can be brought into play as well and make enjoyable distractions from the base game.

For those players who prefer to be less interactive with the software there is an Auto Play Feature available. Allowing the game to continue automatically while they are busy doing other things. However with all the fun animations this is a stunningly designed Medium Variance game that provides a RTP of 96.40% so most players prefer to be more involved while enjoying Beautiful Bones slots.

– Give Beautiful Bones a free spin here or visit Microgaming Casinos to play for real money. 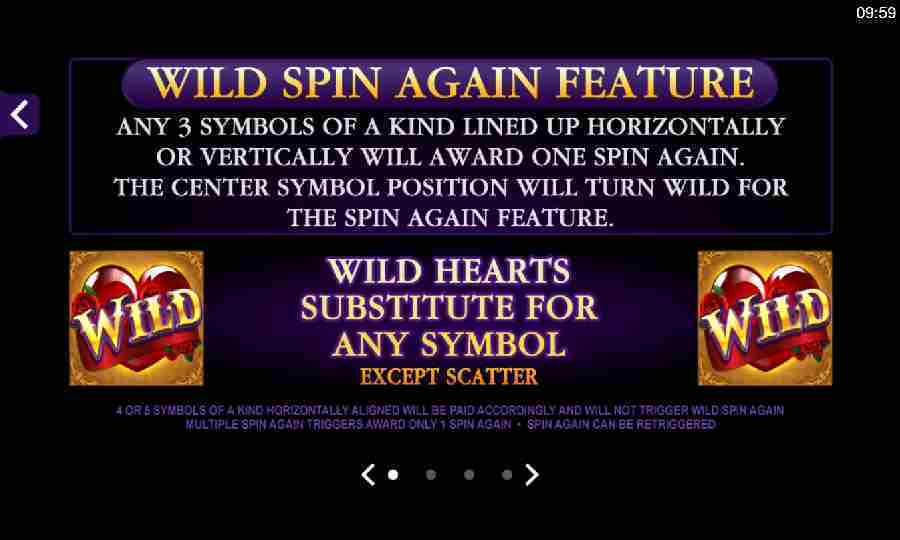 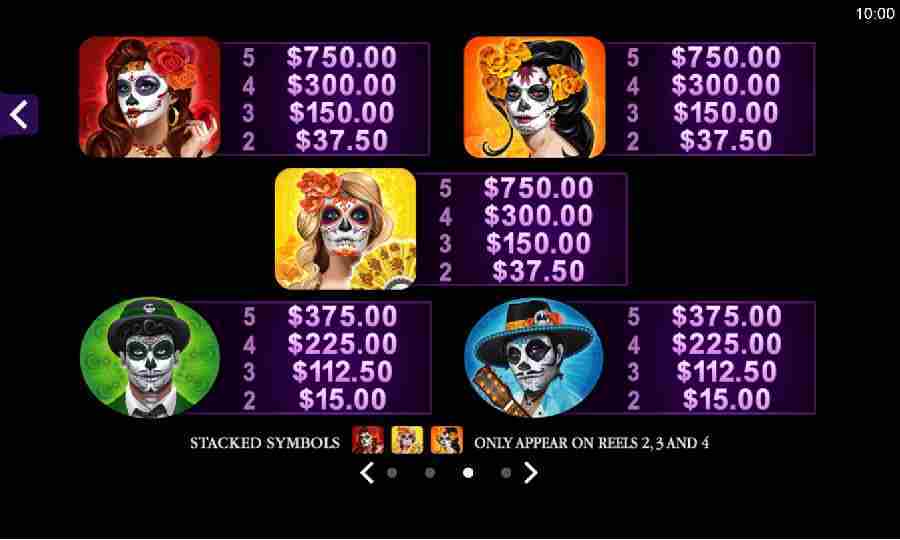 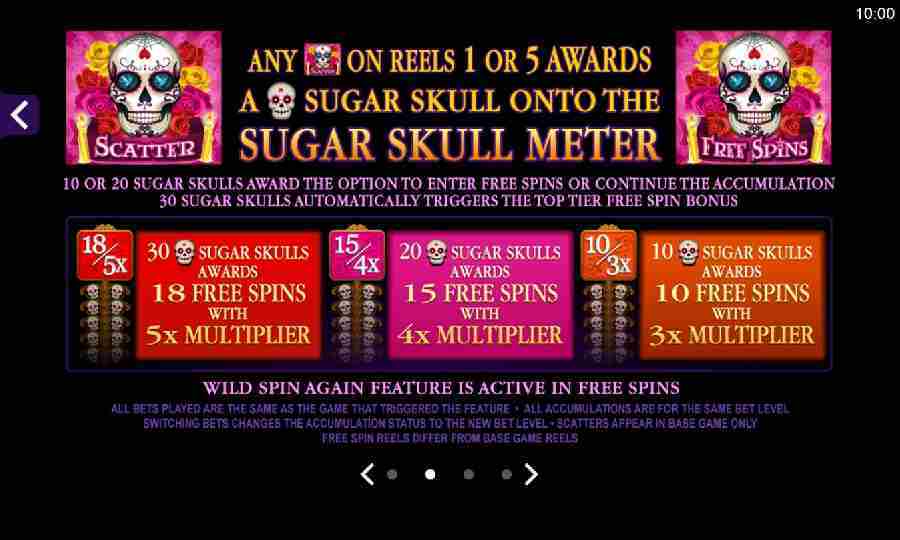