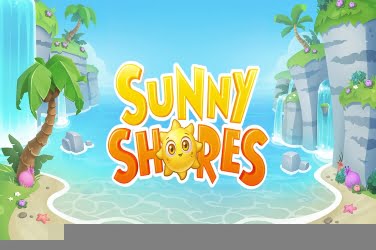 Think of sitting with the kids in front of the television watching cheesy cartoons and that is the image that comes to mind with this slots release from Yggdrasil online casinos. Bright bold colors have been used in the games design which take players to a Caribbean beach where they can soak up the sun’s rays while watching the 5 transparent reels spin into action.

Players can sit back on the golden sandy beach with cliffs, waterfalls and palm trees on either side. A deep blue sea spanning out in front of them while a bright cloudless sky shines from above. The sound of waves crashing against the shore can be heard in the background along with some soothing music that adds to the relaxing atmosphere that has been created in this slots game.

This particular slots has 5 rows rather than the usual 3 that are seen in most casino games. Yet spread across them players can find 27 structured pay lines and when the winning combinations fall into position the balance is added to the final jackpot amount.

Mobile devices can be used to access this slots game, but even players with a Desktop or Tablet can still enjoy the Sunny Shores while they watch their balance grow.

Some of the ingredients to concoct a tasty Fruit salad are the inspiration for the symbols used in the game. They include a bunch of Grapes, a Strawberry, a Pear, a bunch of ripe Bananas and a Watermelon. These all help to generate wins which are then added to the players initial wagered amount.

Wild – with wide eyes and a little grin players will see a bright Sun symbol appear on the screen at random times during this slots game. When this image bounces onto the reels it will change any of the Fruit symbols shown if there is the chance to create a winning combination. However in addition to this 2 further Features can be activated when the Sun Wild comes into play.

Expanding Sunny Wild – whenever the Wild symbol lands on the reels of this slots game they will immediately begin to “expand”. This can be either vertically, horizontally or diagonally and is sure to leave at least 2 more Sunny Wilds in random positions so that even more wins can be generated for the player to claim.

Sunny Wild Re-Spin Feature – each time a Wild is located during this slots game a 1x Re-Spin is rewarded to the player while the symbol becomes “sticky” to remain in place. Not only does this allow players further chances to add to their winnings this Round will continue until no more combinations can be found.

There are 27 winning pay lines included upon this slot games reels and the maximum amount that can be wagered with each spin is $125.00. However the coin denomination has been kept to a minimu so that even low rollers can enjoy this Summer themed casino offering from Yggdrasil.

Before the game begins however players can opt to use the Auto Play Feature which the designers have included in its format. This simply means that the reels can be allowed to spin automatically for either a certain amount of times or until the maximum wager is reached. It is convenient for those who need to be away from the screen for a while with the chance of them returning to a decent jackpot for them to claim once the game has ended.

This is an ideal slots for beginners to the world of online casinos as there are few distractions from the base game. The Sunny Wild offering the only real Feature that can add to the player’s chances of increasing their jackpot balance even further. But as they not only Expand across the reels but also become Sticky during the Re-Spin Feature some decent wins can be rewarded in this slots game.

Pay outs may be low in the Sunny Shores slots game but winning combinations fall regularly upon the reels. And the Yggdrasil designers have included an additional bonus in the fact that pay lines can be created in both directions. This doubles the chances for players to win and although it is considered a Low to Medium variance game it does offer a RTP of 96.2% for players to enjoy. 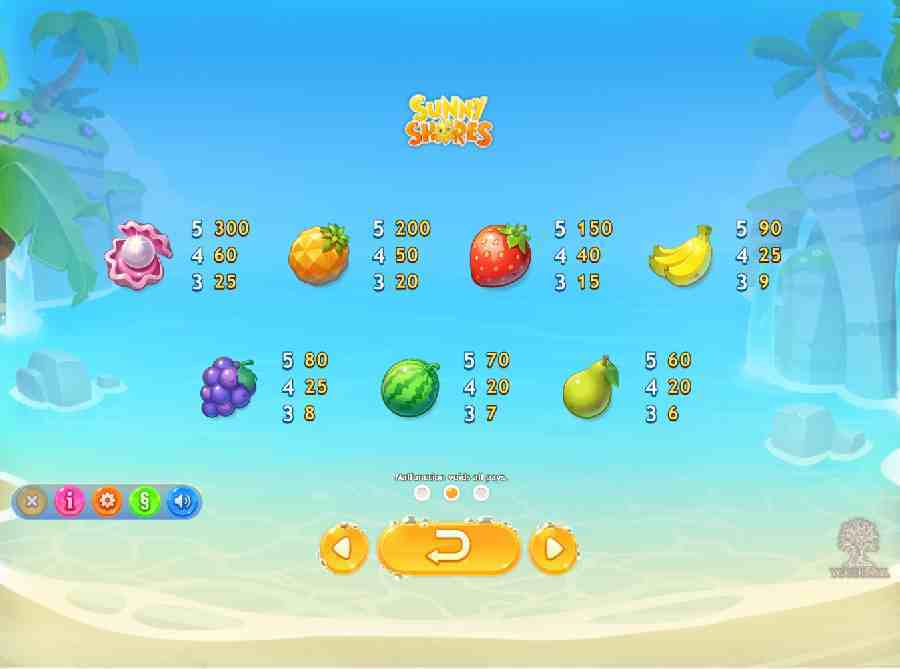 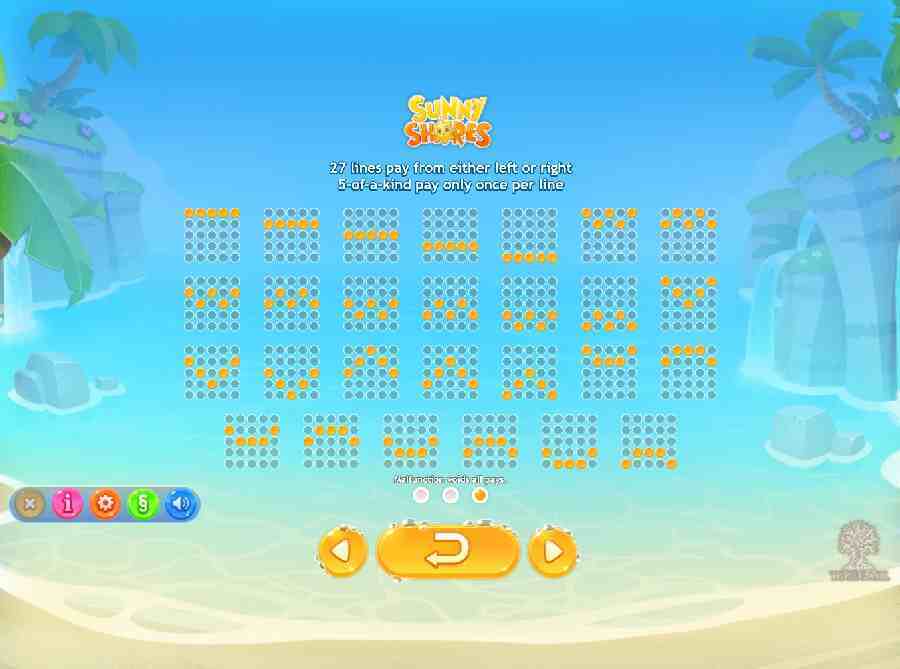 Sunny Shores is a 5 reel, 5 row 27 paylines video slot machine game from Yggdrasil gaming. It has a Summer theme, and features expanding sticky wilds that retrigger respins and win both ways lines. It has a maximum jackpot win of $300